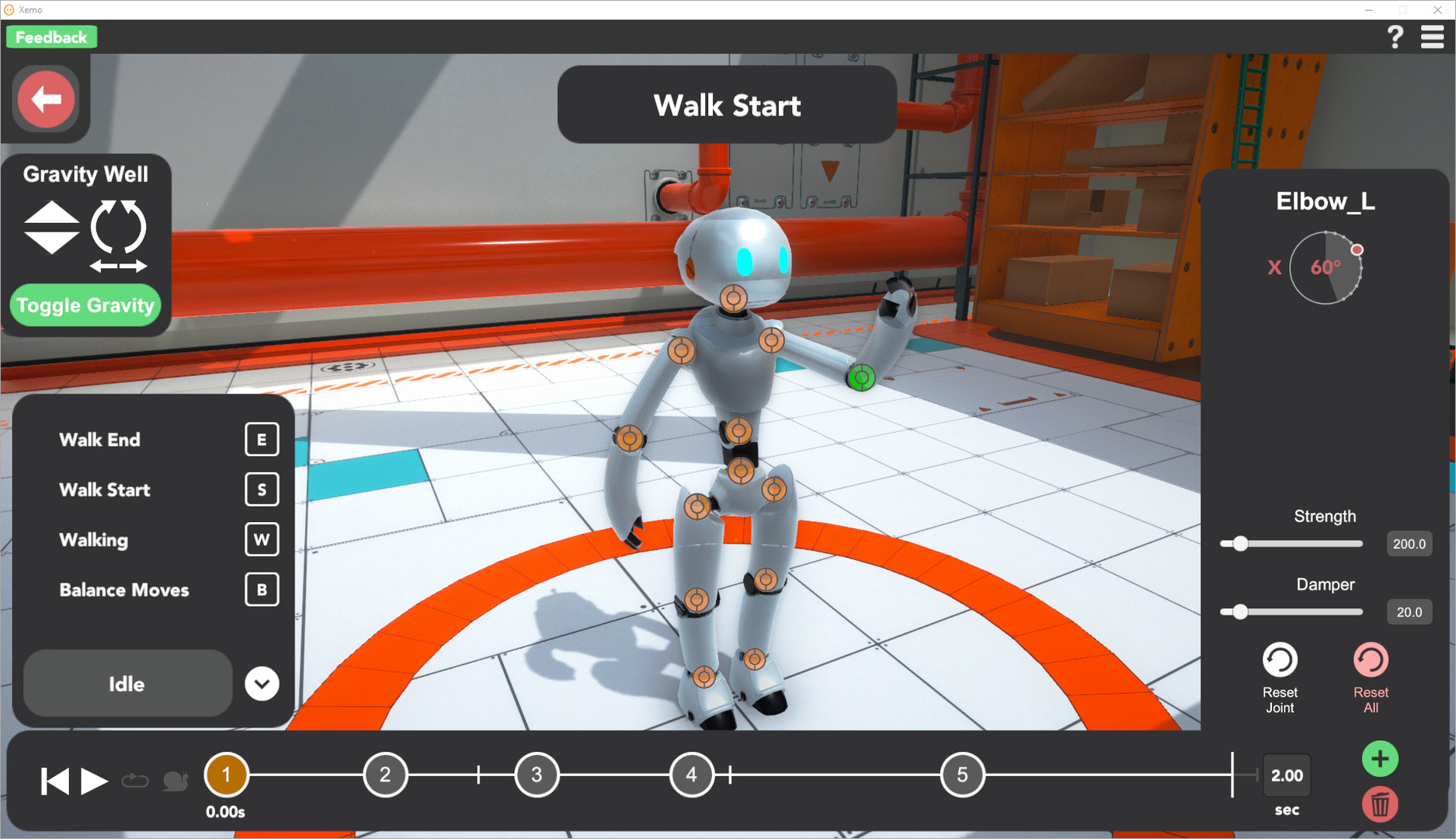 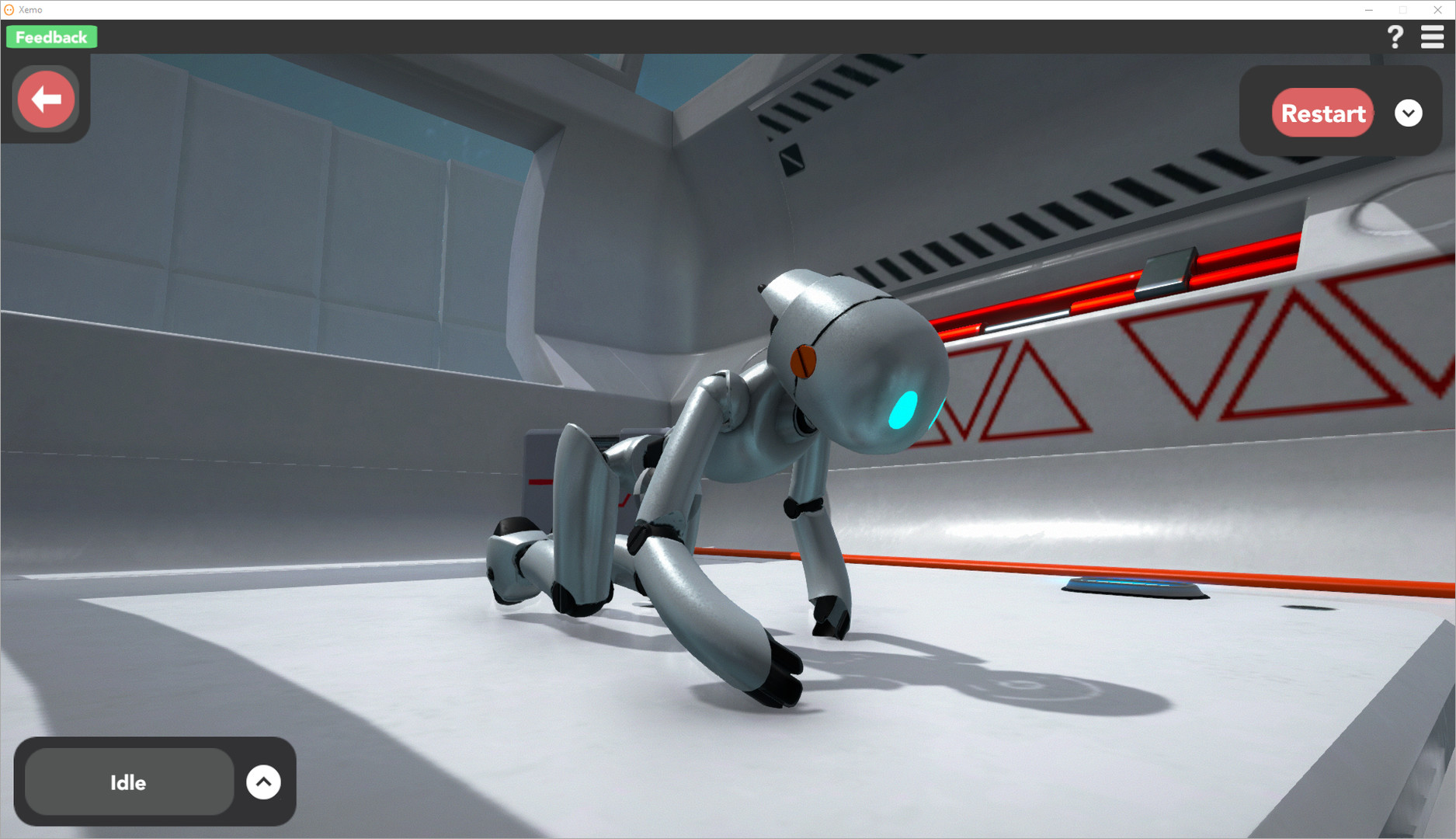 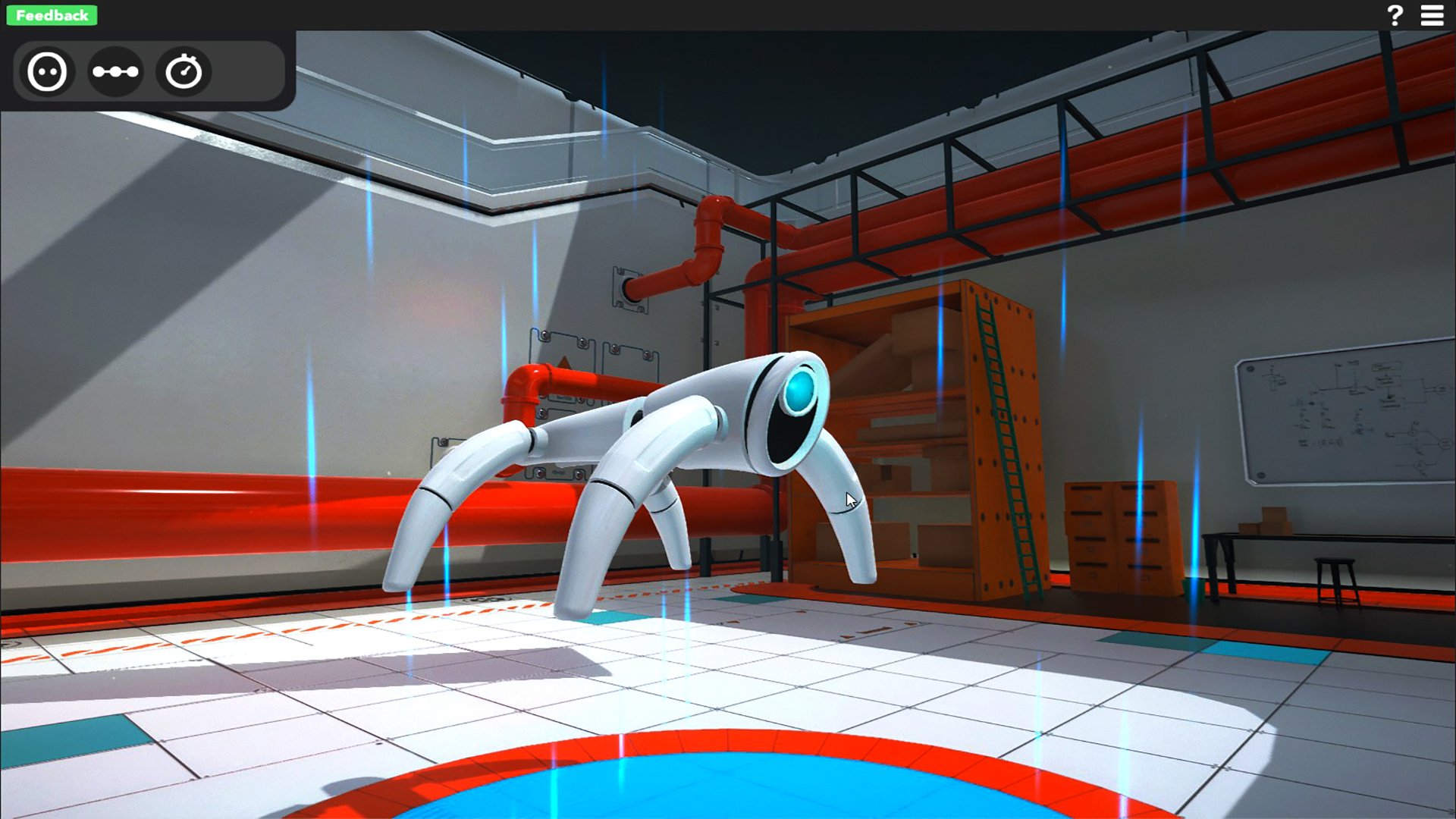 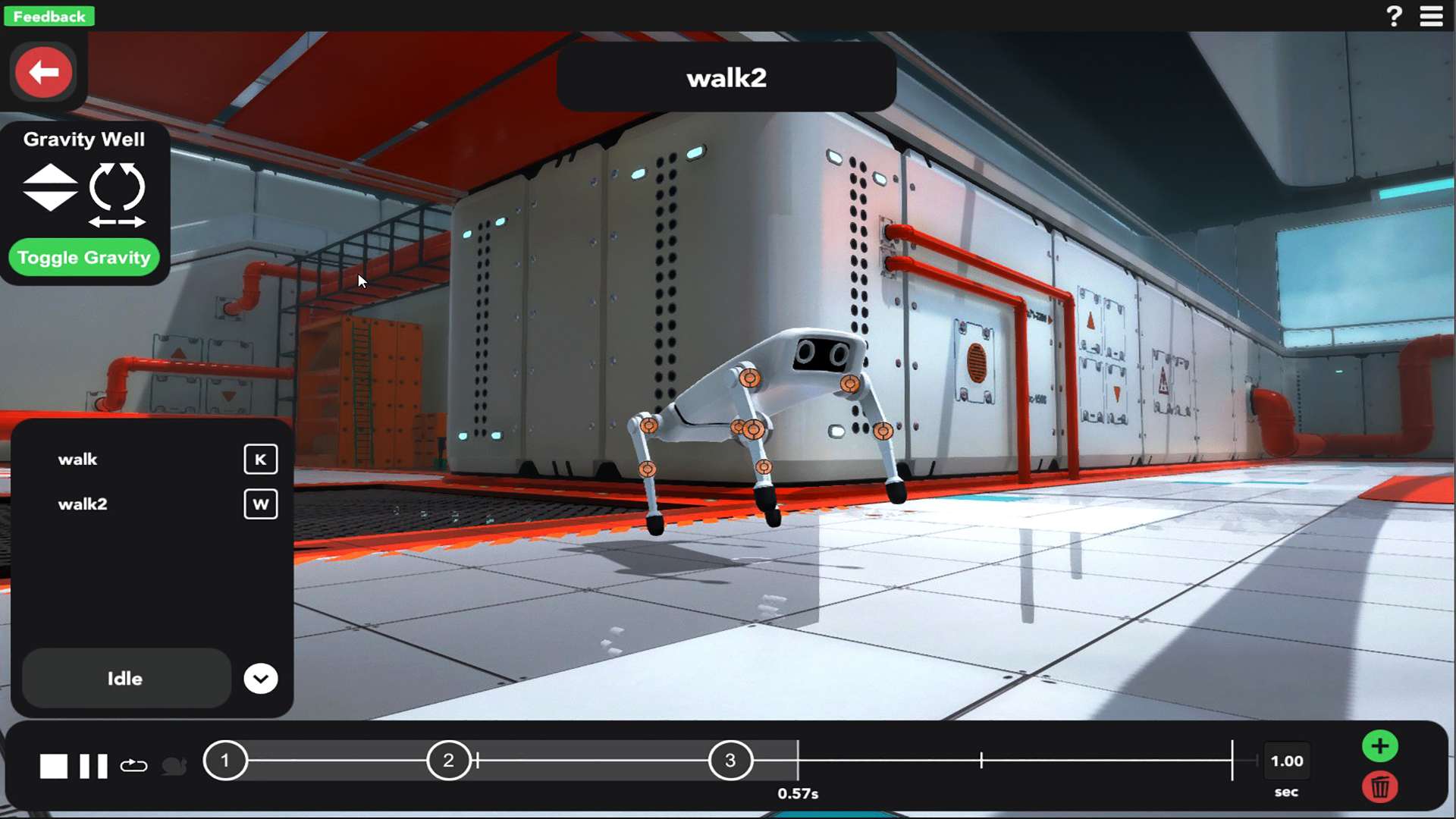 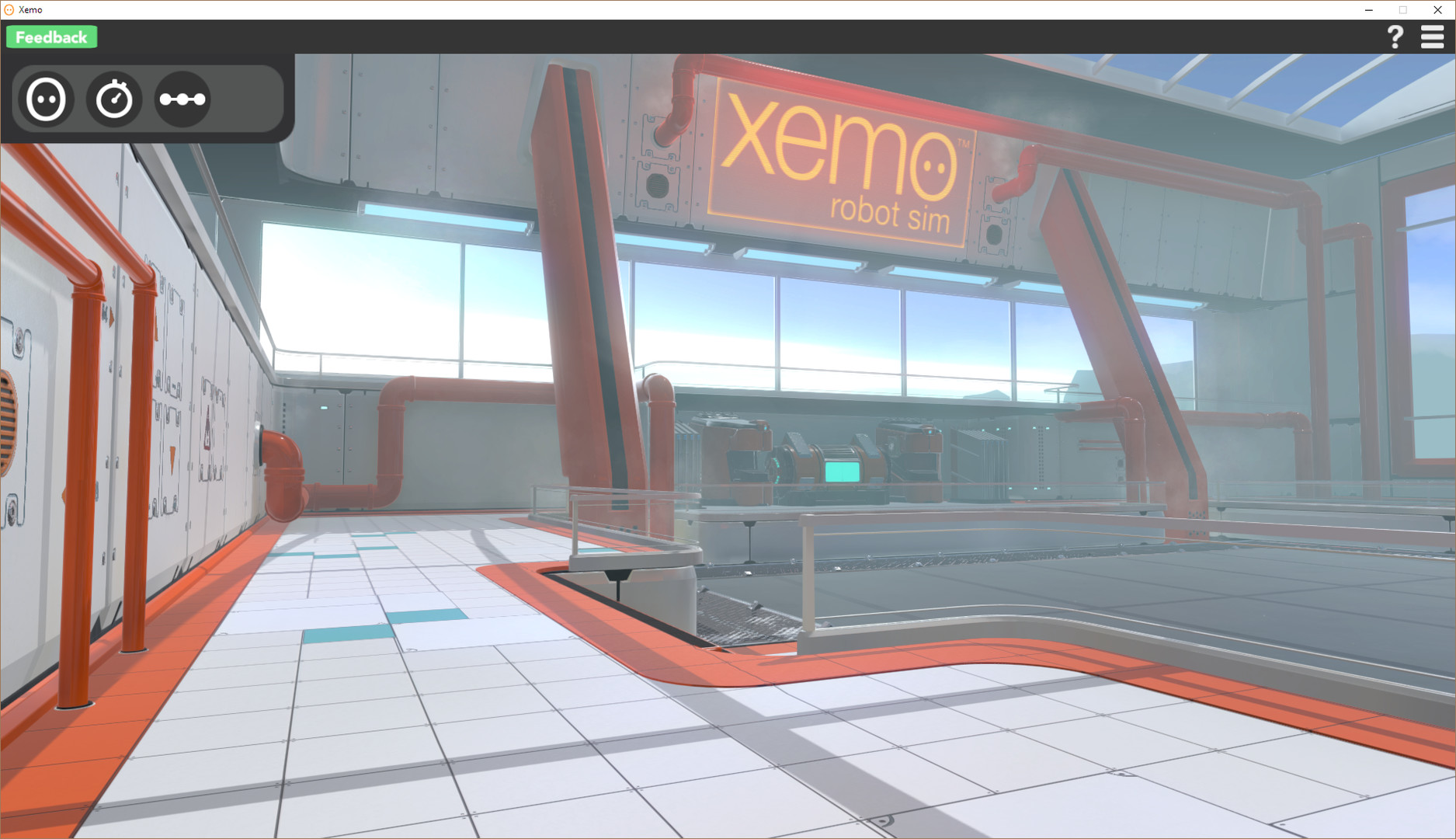 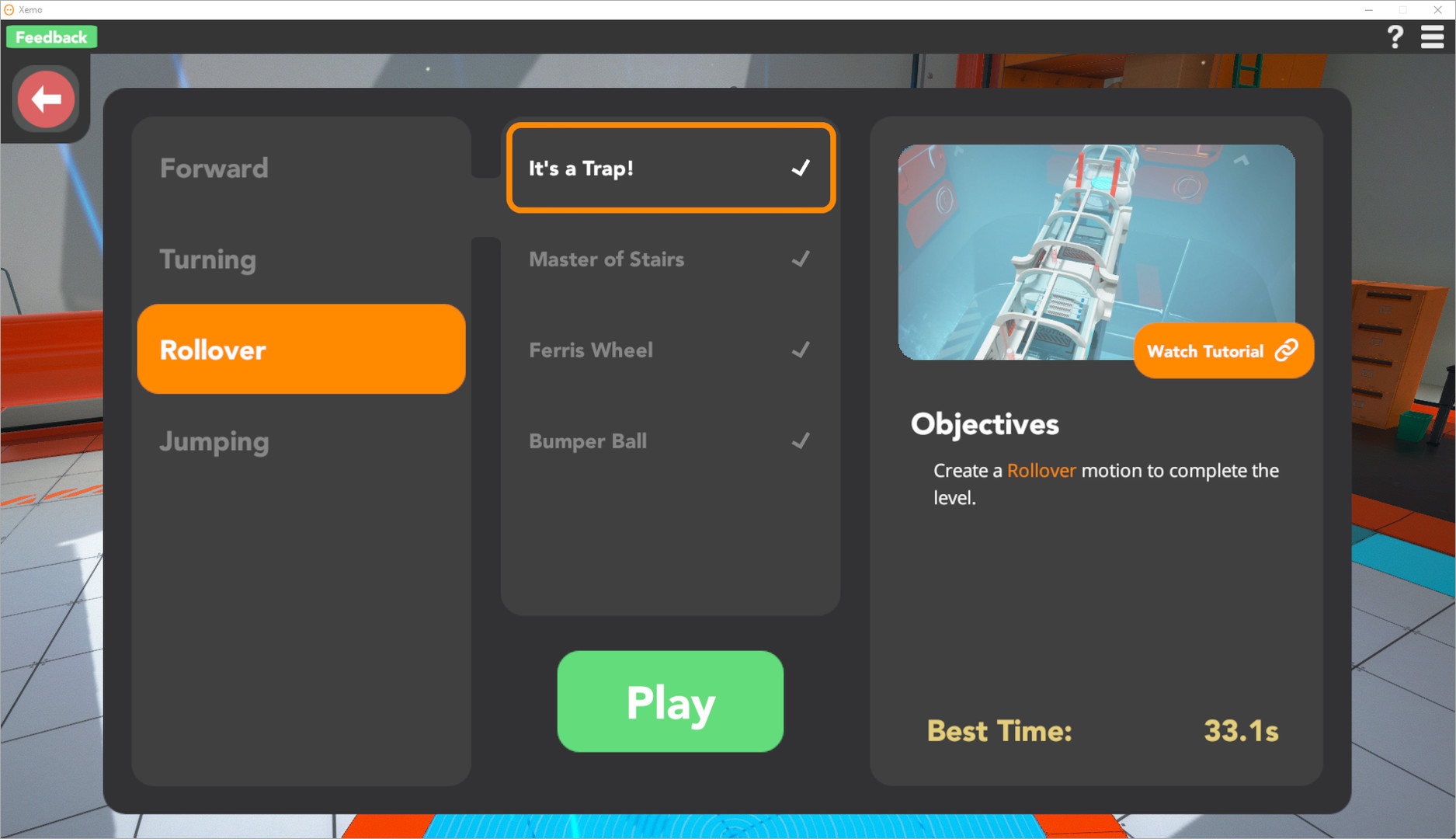 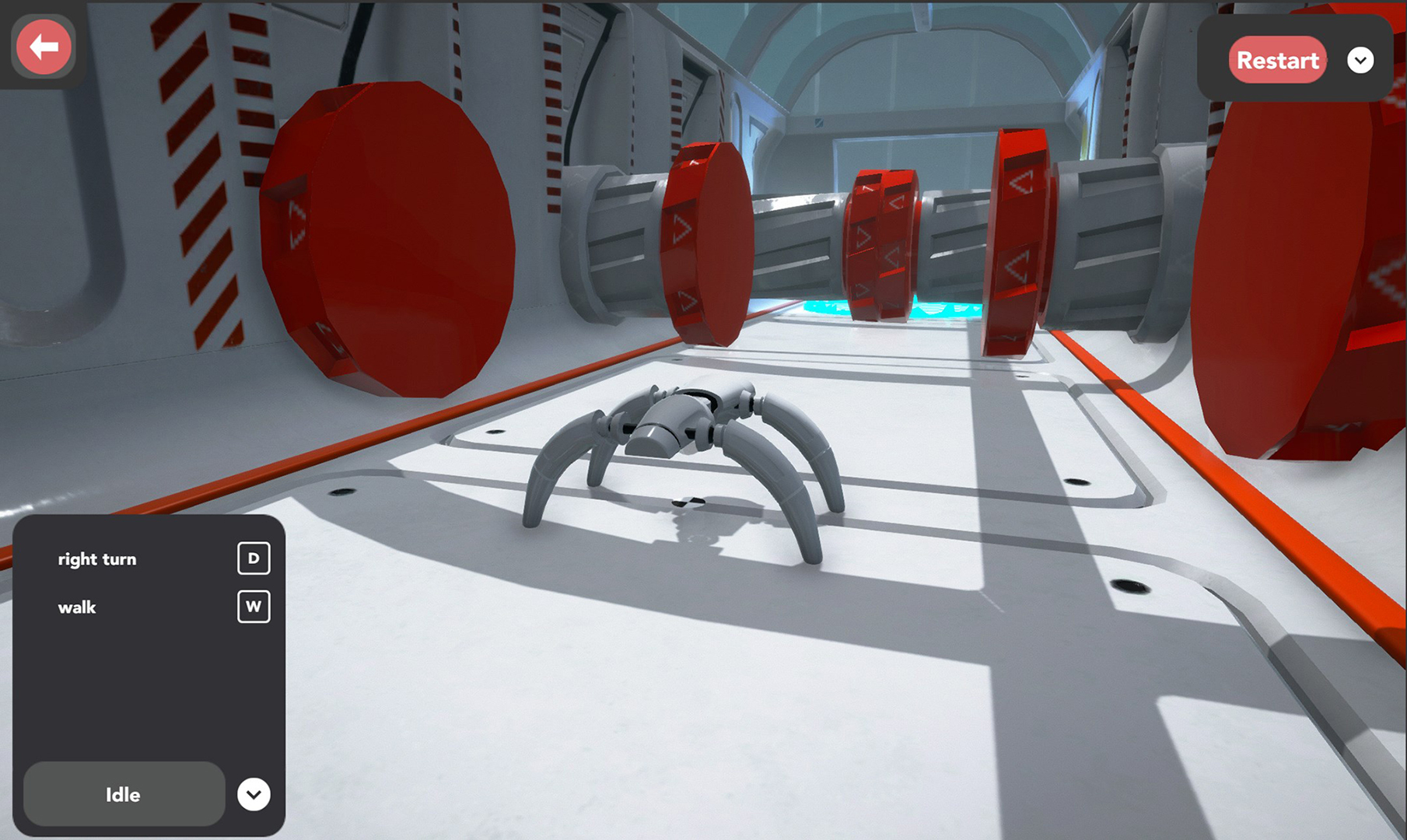 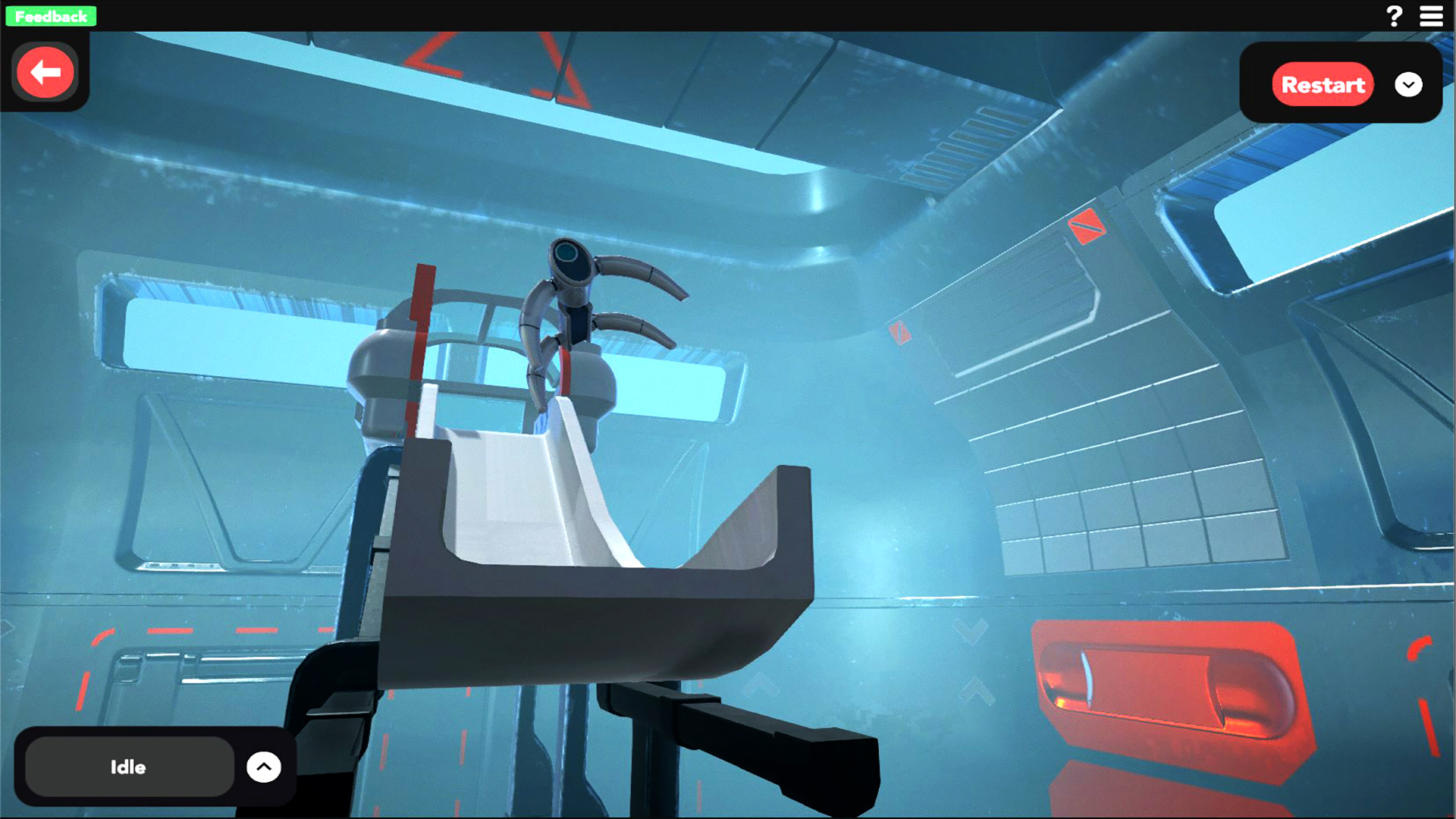 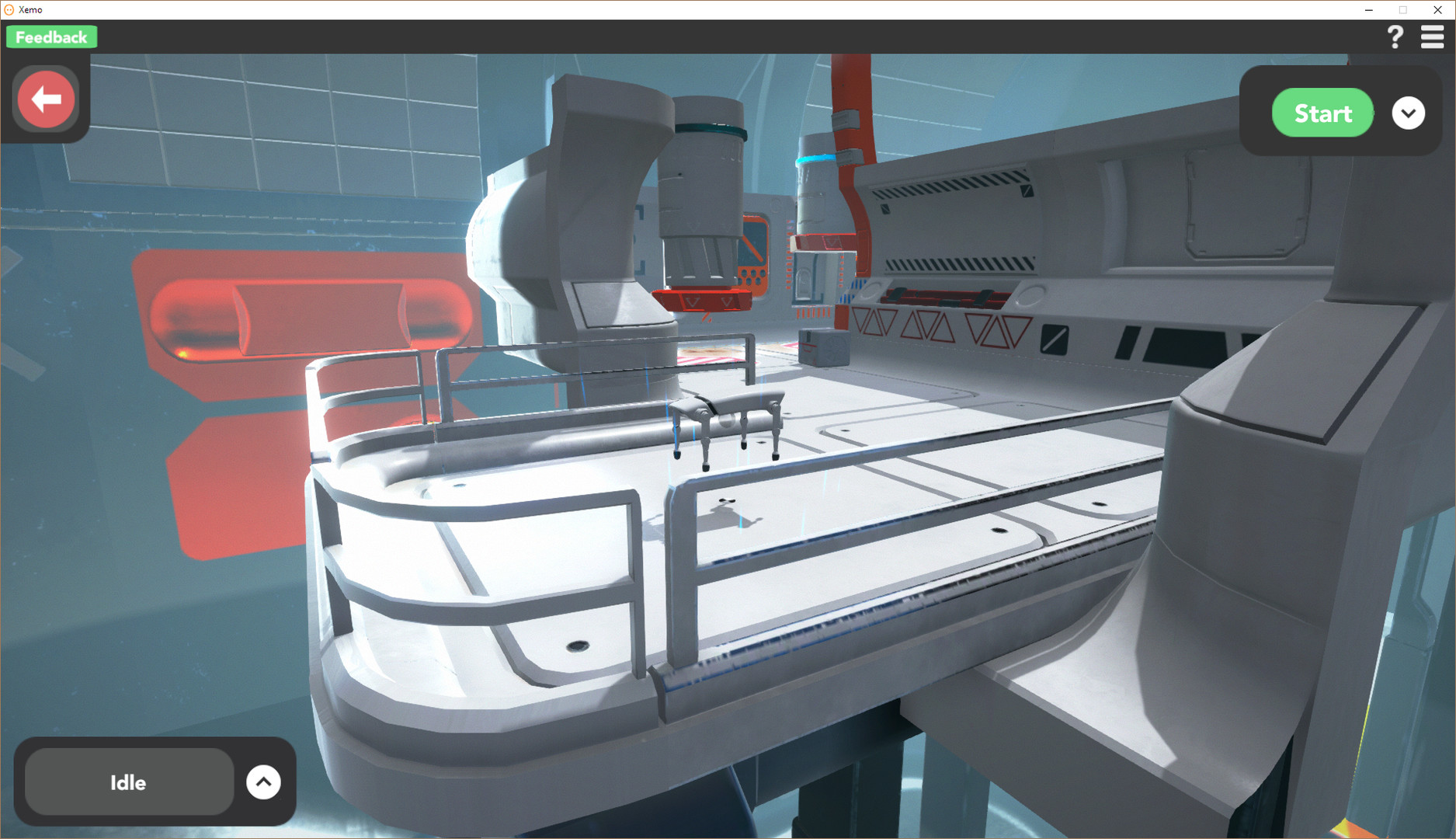 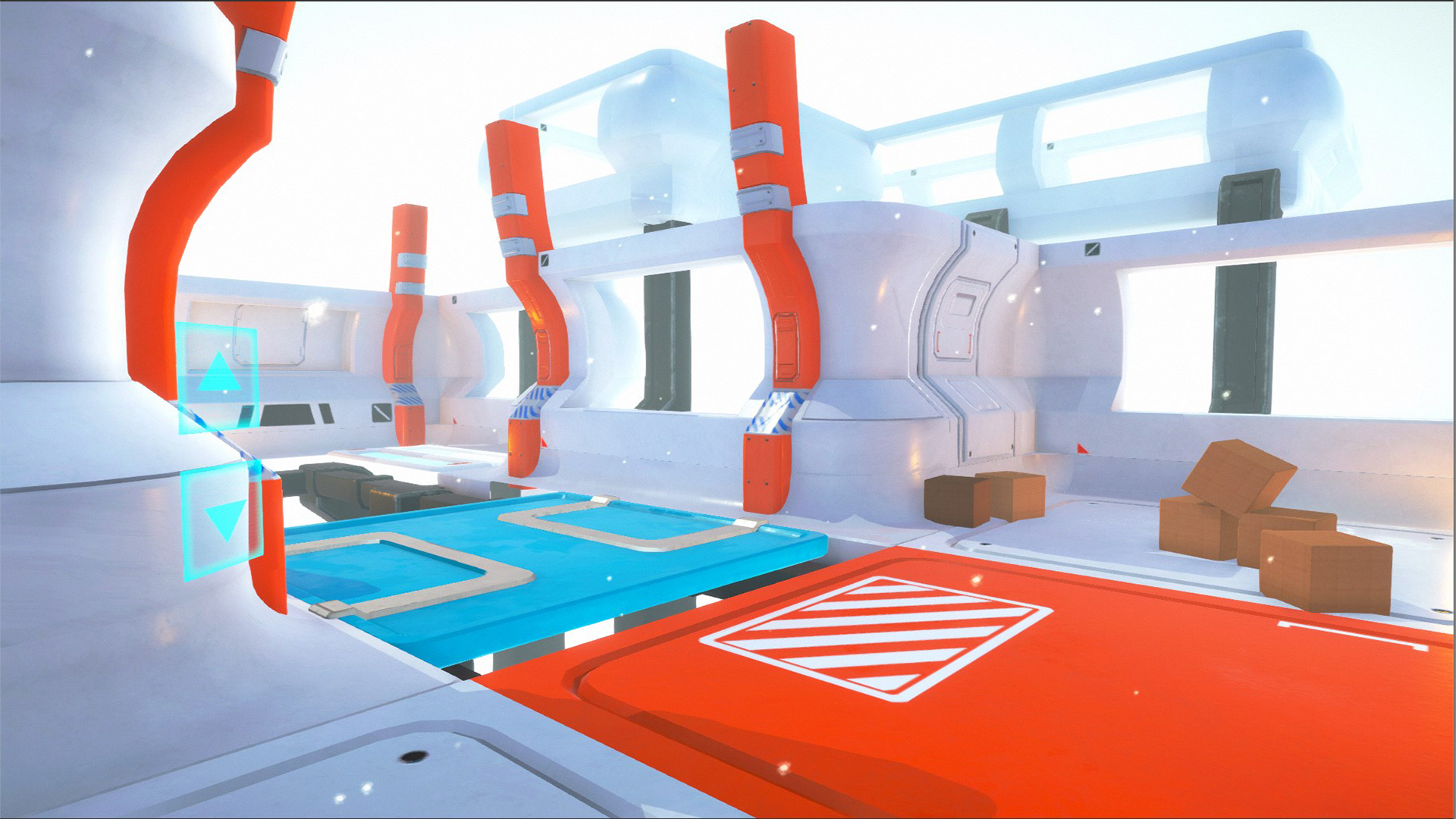 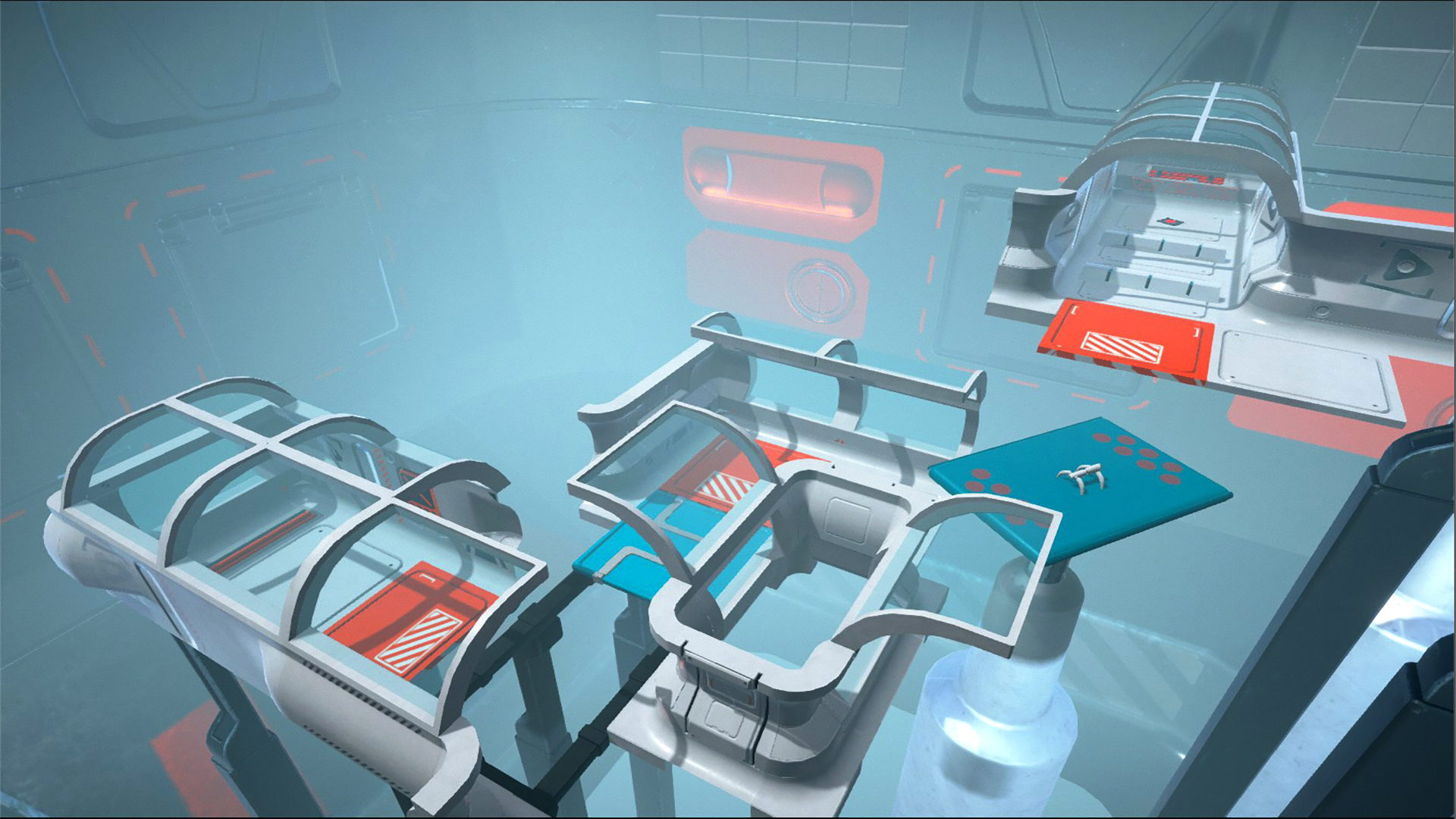 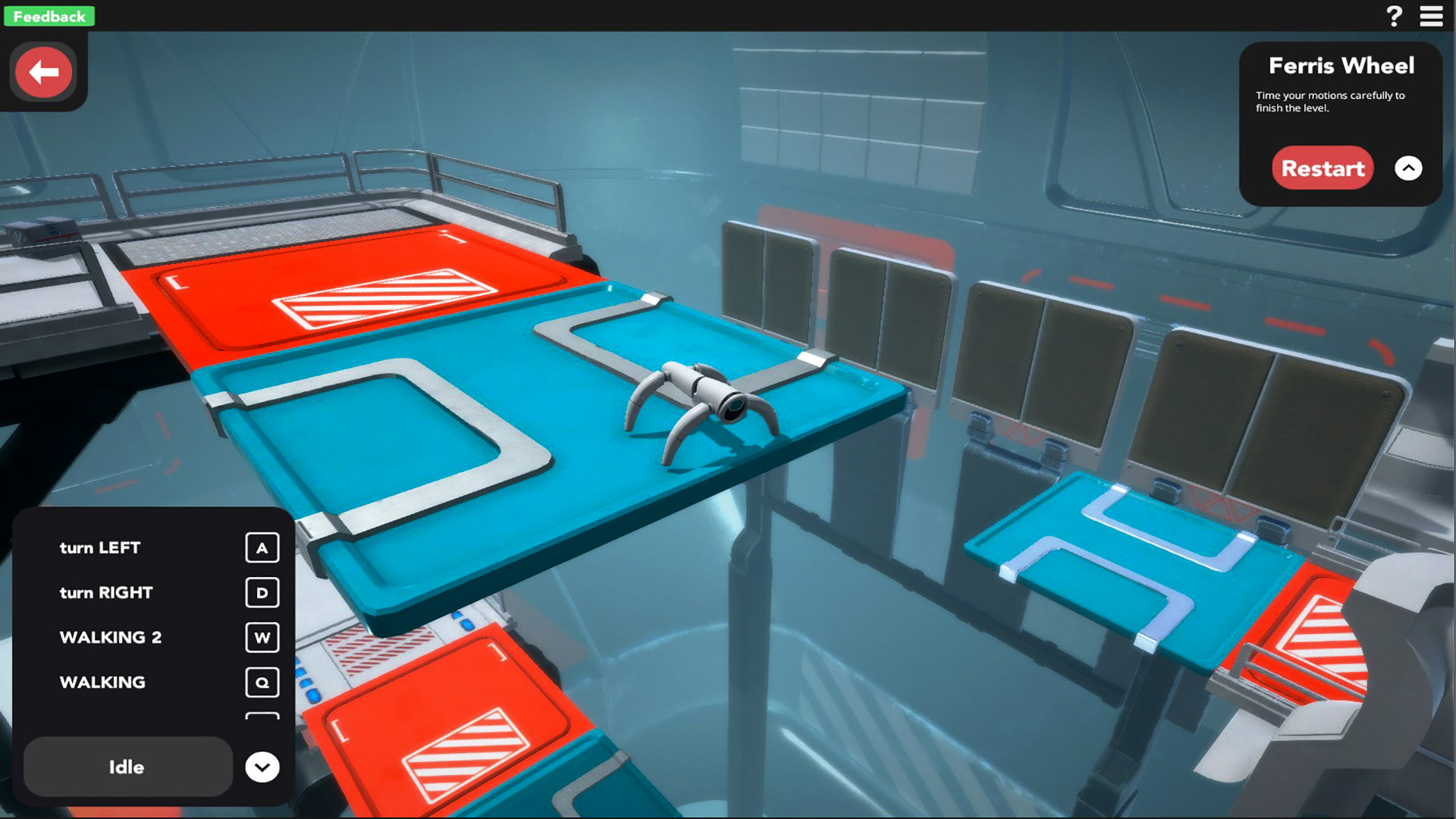 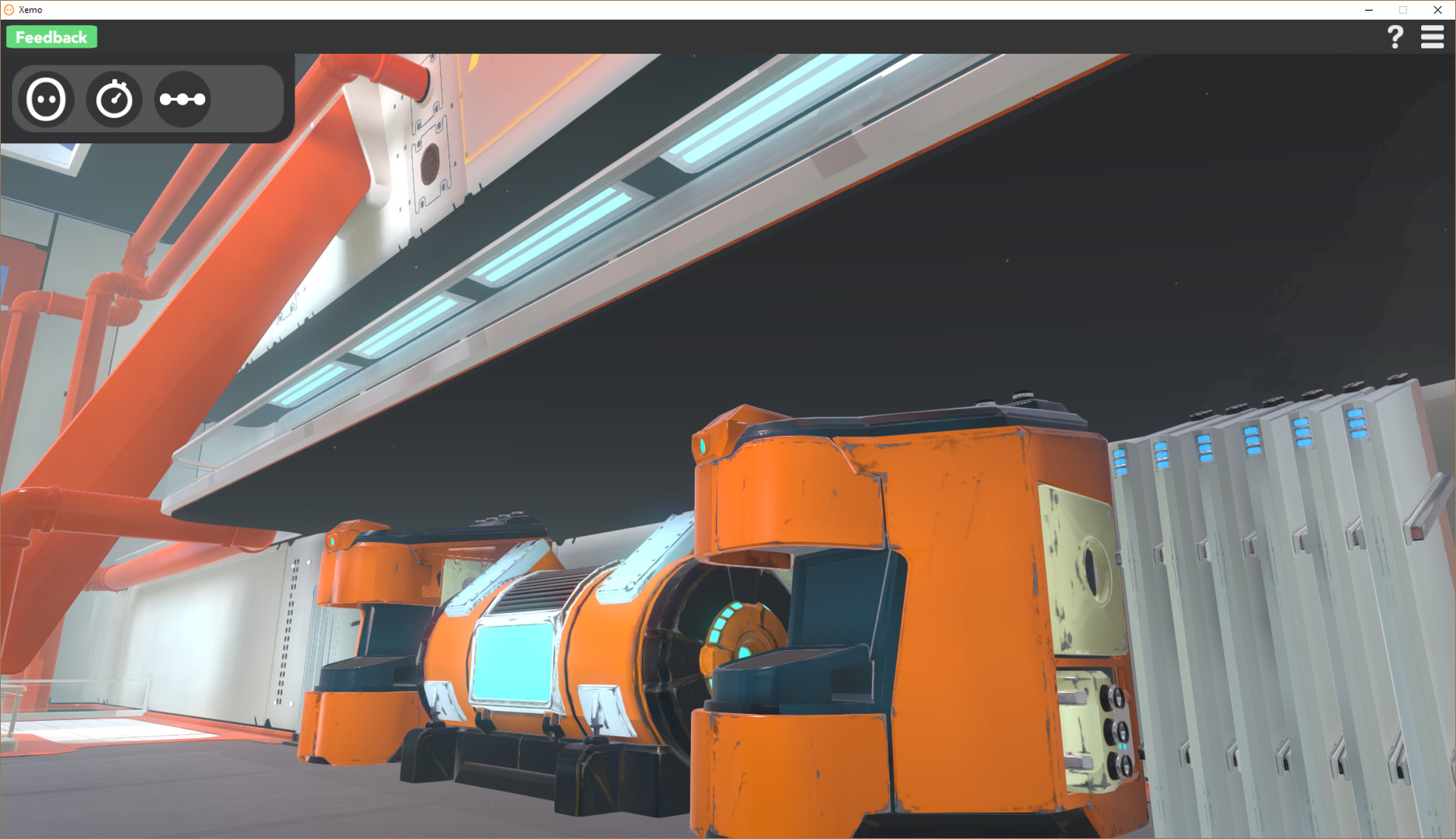 In August 2017, Xemo will move to Free to Play. This will happen with the release of version 1.6. In the future, we’ll introduce the Xemo Robot Builder and robot part kits as paid DLC. If you purchased the game prior to August 1st, you’ll get equivalent credit in DLC when released.

For release 1.7, we’ve added the Evolution Chamber, which includes and evolution engine used to evolve your robots behavior. This is still experimental, so play around with it and let us know what you think. We will be adding penalty constraints to the fitness function along with ability to evolve the motion of a subset of robot joints. Lots more to come.

Xemo is a physics-based simulation of a humanoid robot. Highly detailed graphics and a refined user interface allow you to quickly create new robot motions such as crouching, crawling, jumping, rolling, walking and climbing. Combine your motions in a control sequence to solve the game’s challenging obstacle courses. Compete against your friends and rivals to move to the top of the leader board for each level. You are rewarded for sharing motions with the Xemo community, and can continue to improve your robot’s performance using better, faster and more efficient motions. How fast and agile is your robot? Play Xemo and discover just how good you are.


Early Access
Come and join us to help shape the future of Xemo! We need your help. This first version of the game includes the motion pattern editor, the motion sequencer, fully functional bipedal robot and four game challenge levels. Our plan is to release a new version every month over the next year, with these features planned: