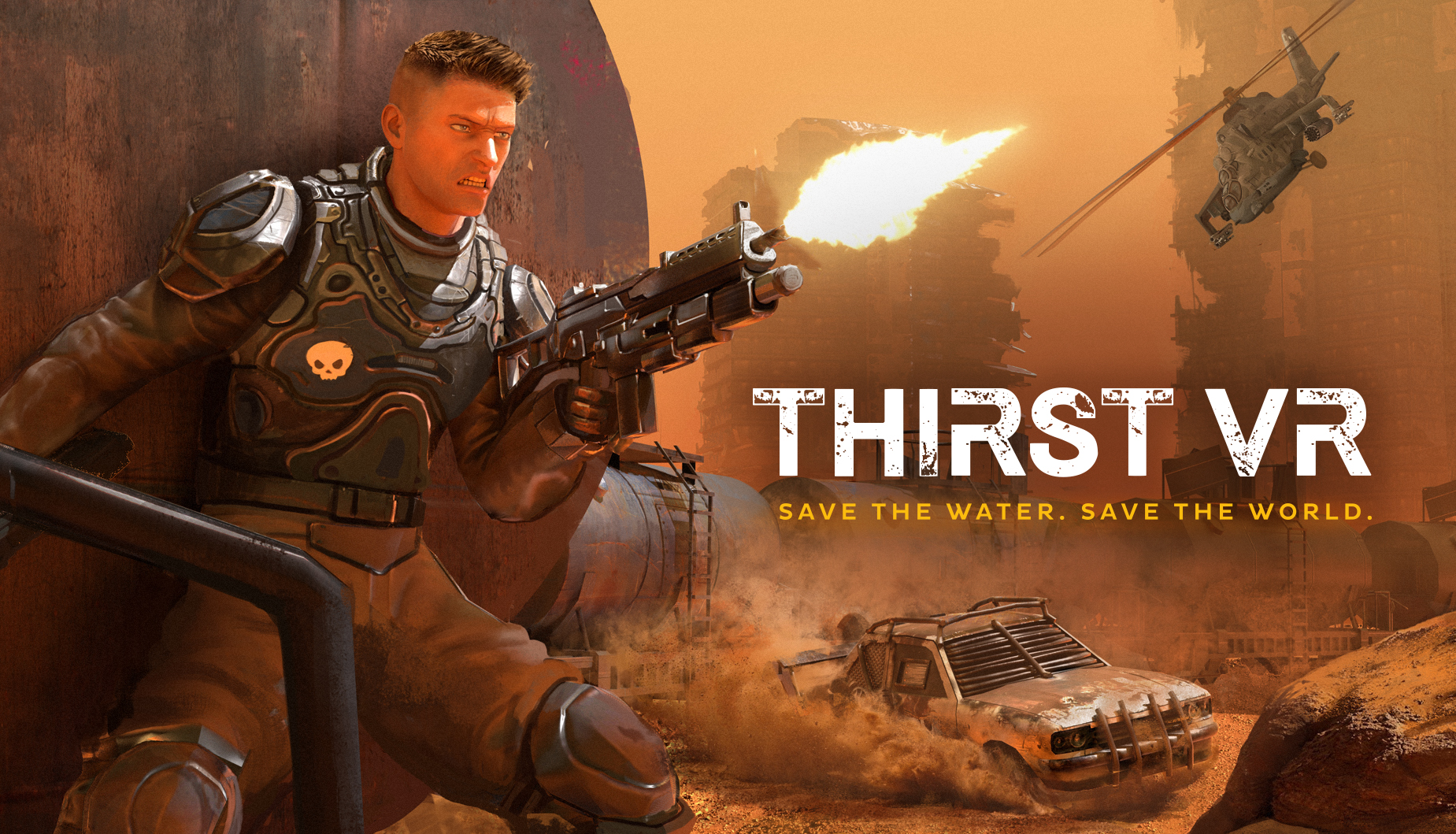 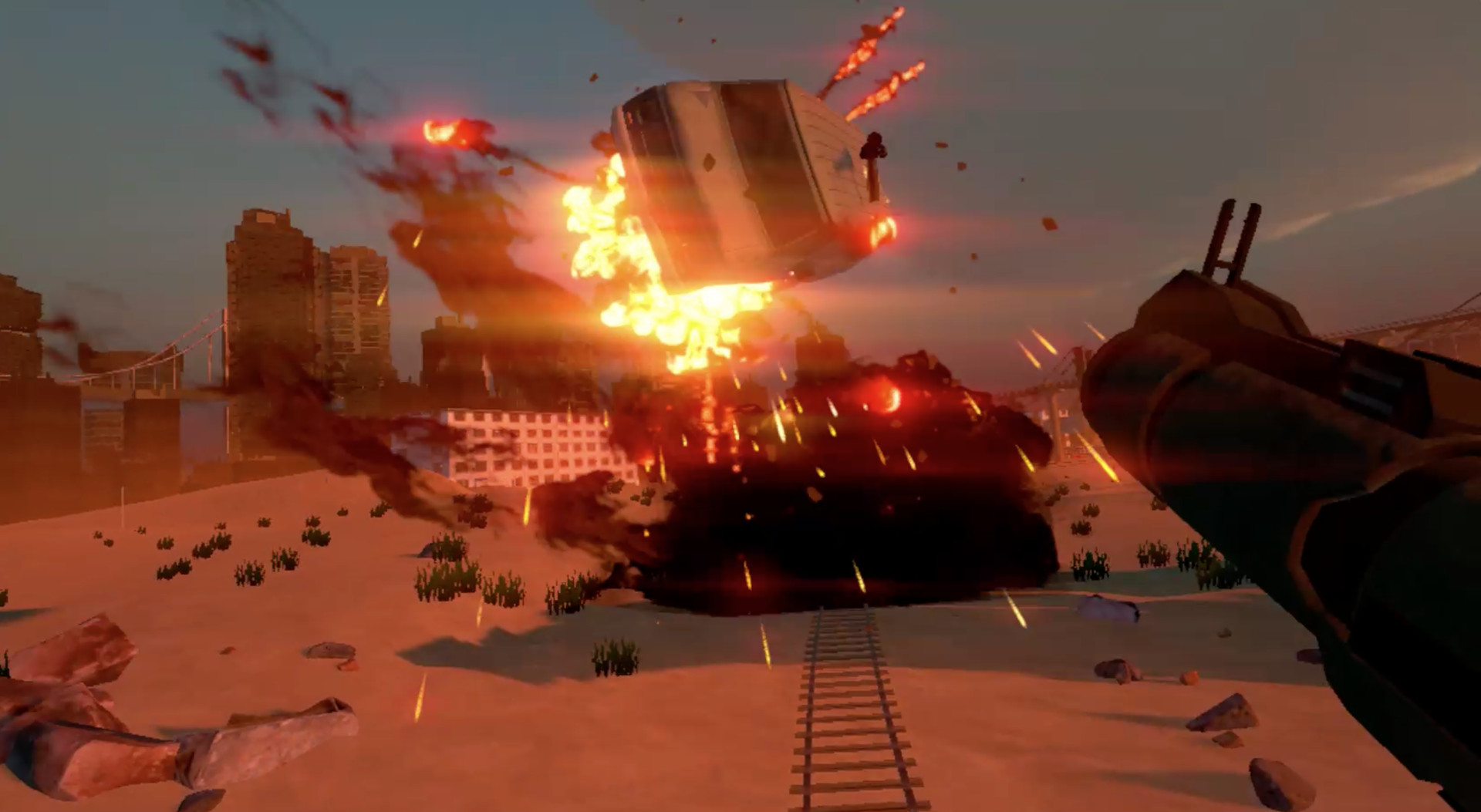 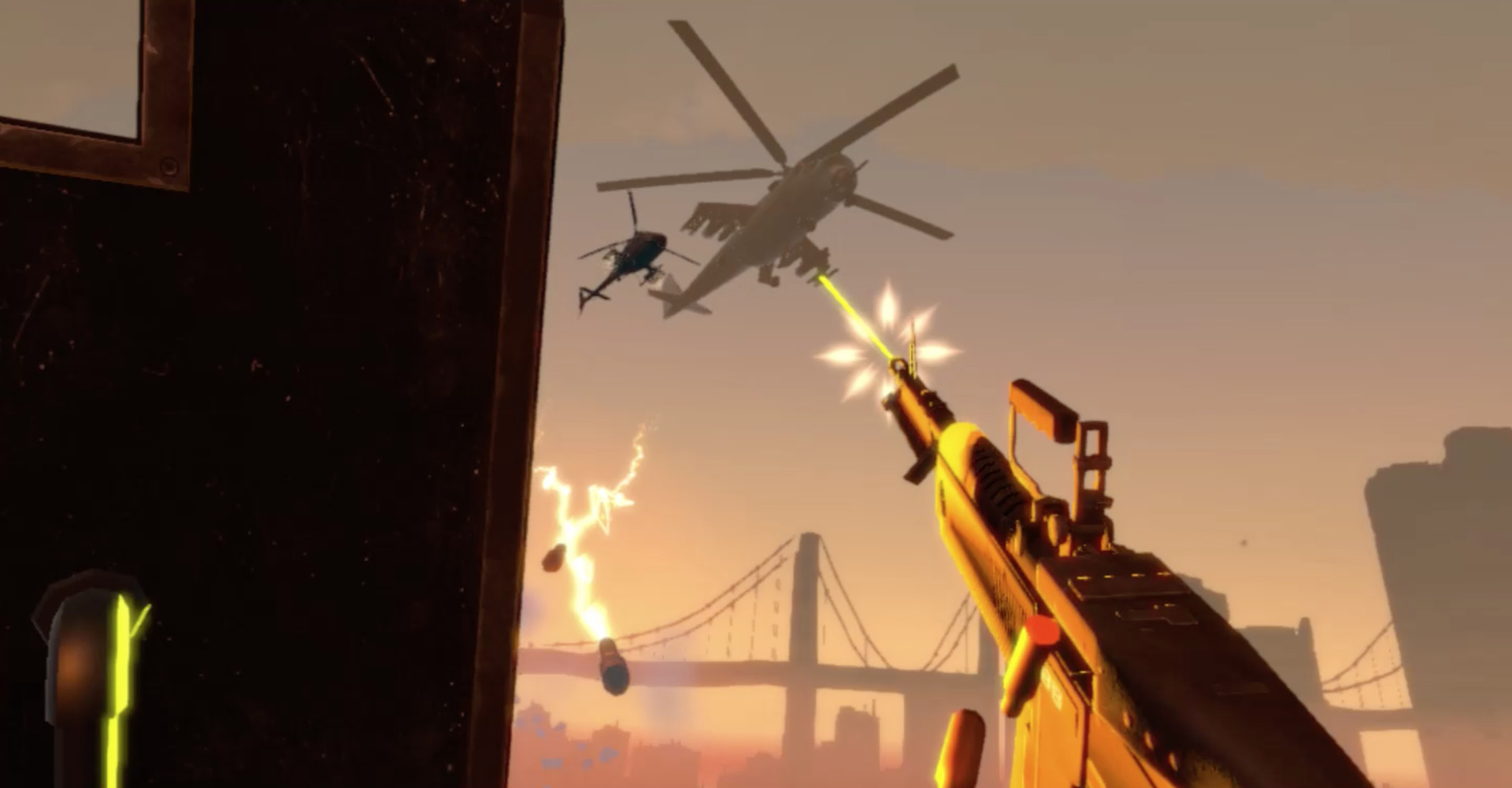 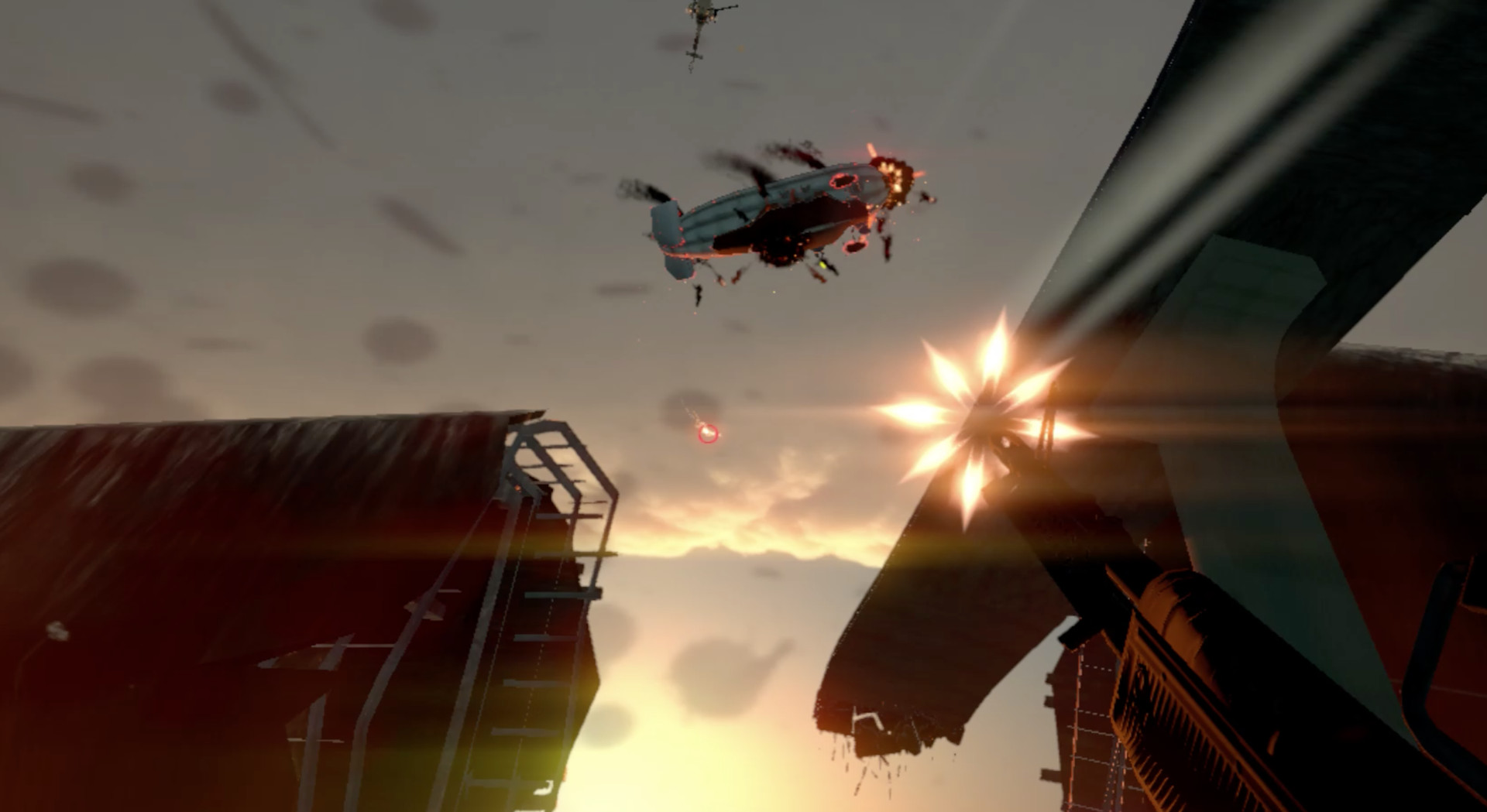 Available for both Vive and Oculus Touch!

A battle rages over the last of the worlds water. Your transport train is the only hope for thousands. Protect the train - Humanity’s survival depends on it.

Immerse into the post-apocalyptic world and battle enemies hell-bent on destroying you - and the water - in this infinite arcade shooter, designed exclusively for both the HTC Vive and Oculus Rift with Touch. Compete with your friends for the highest score in this easy to pick up, but hard to master VR game!

D Pad up on the left controller to switch between your shield and grenades. Hold and release trigger to throw grenades.

Push in on right hand analog stick to switch weapons.

Push in on left hand analog stick to switch between grenades and shield.