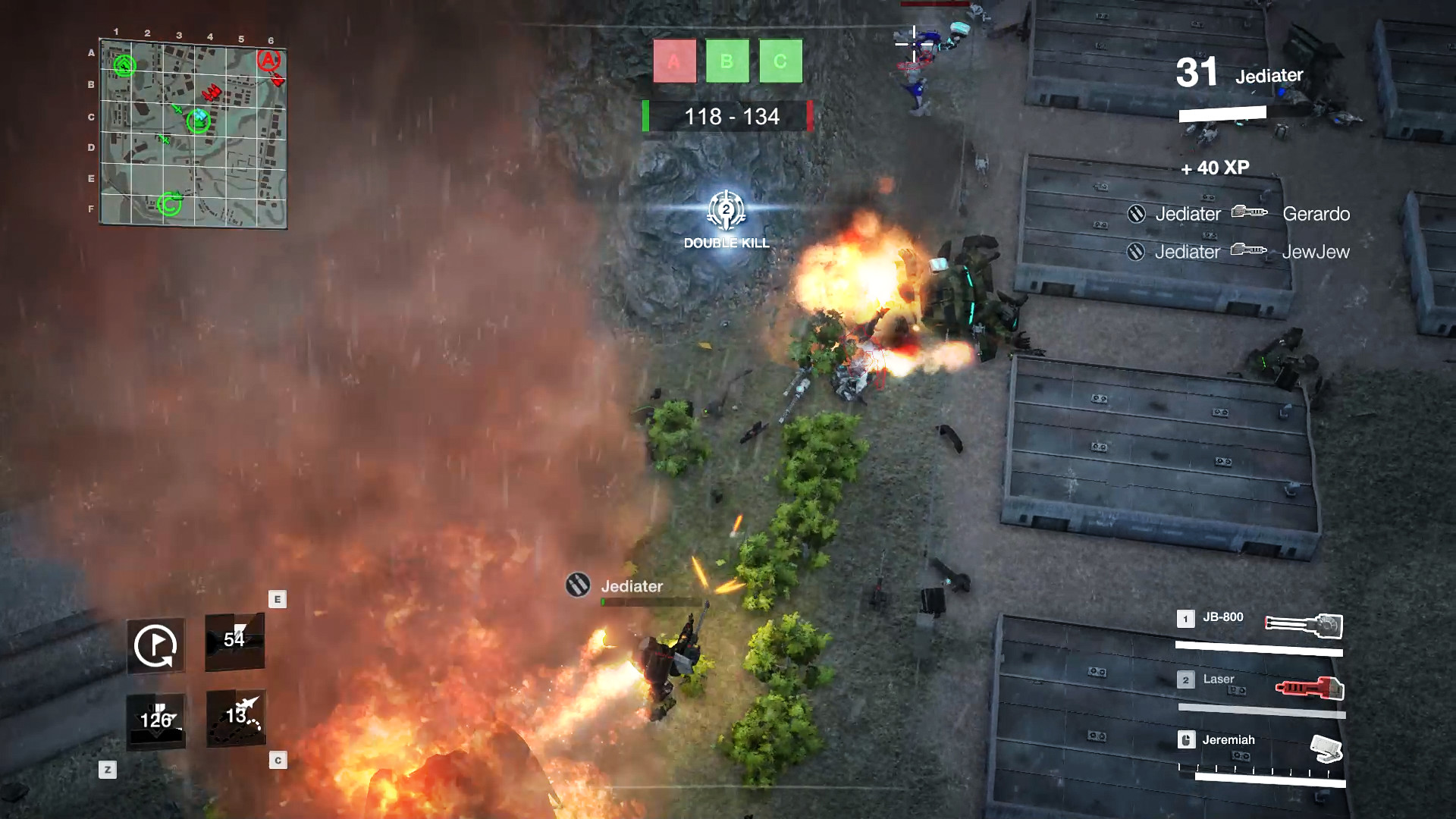 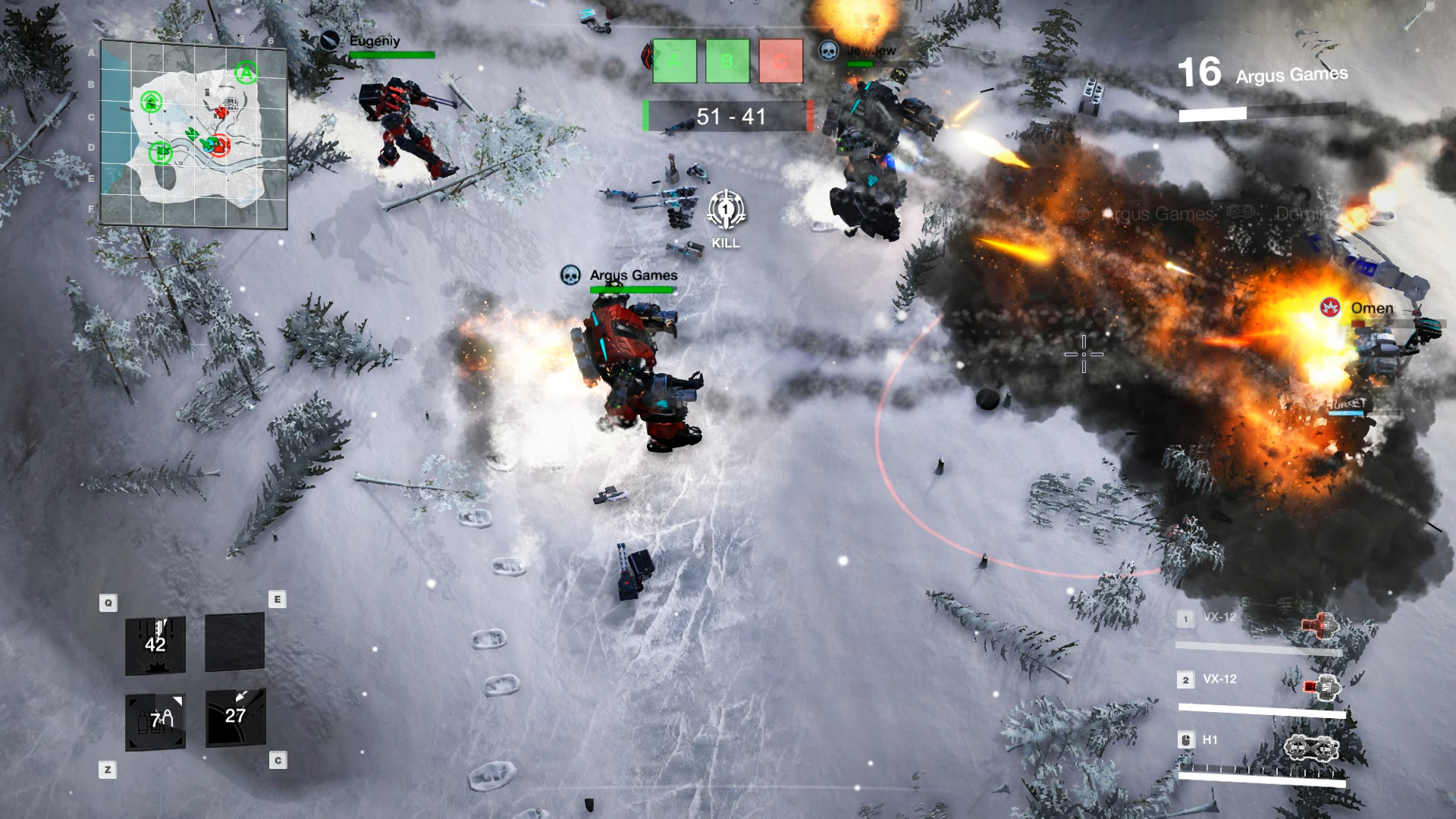 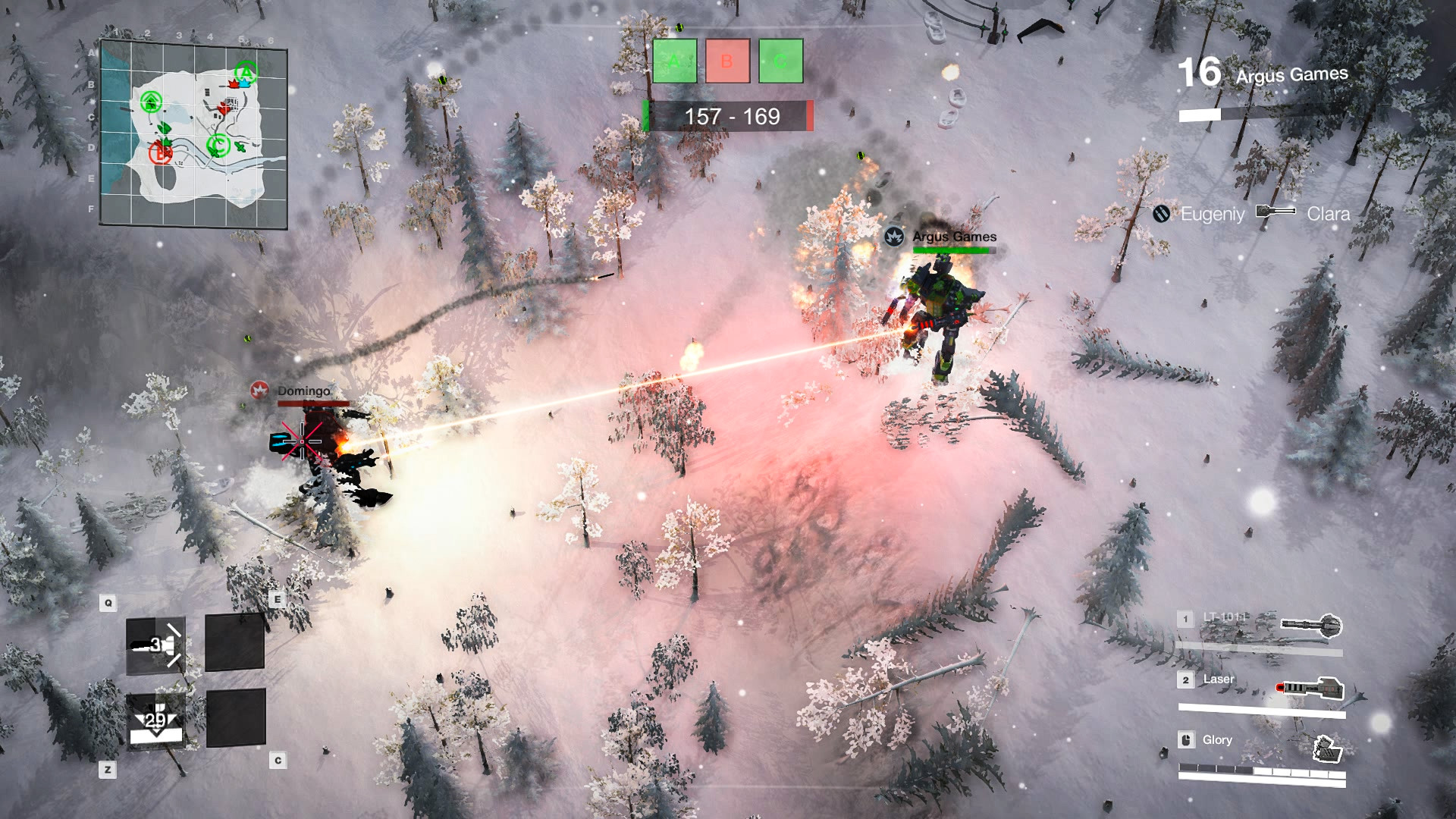 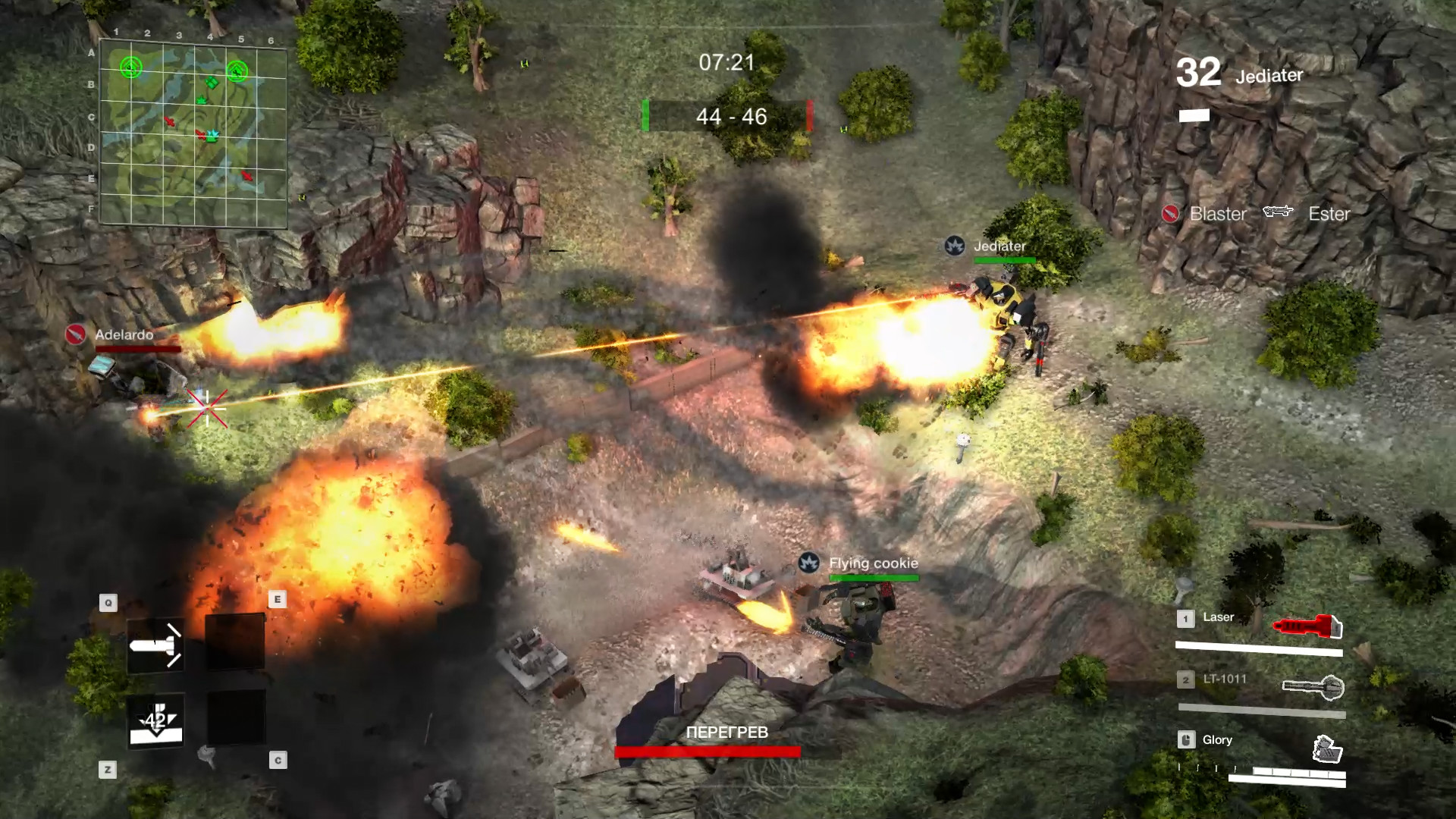 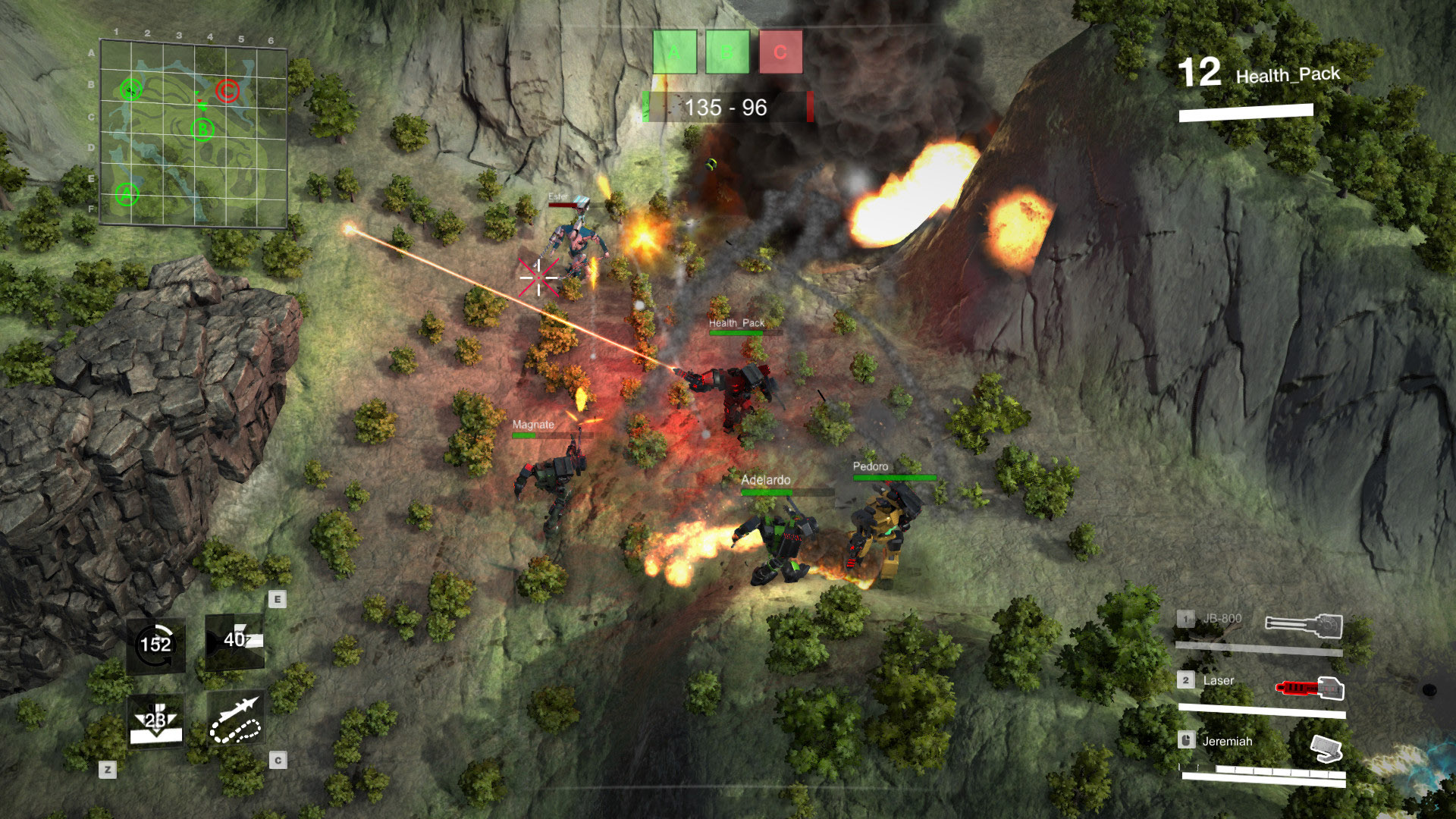 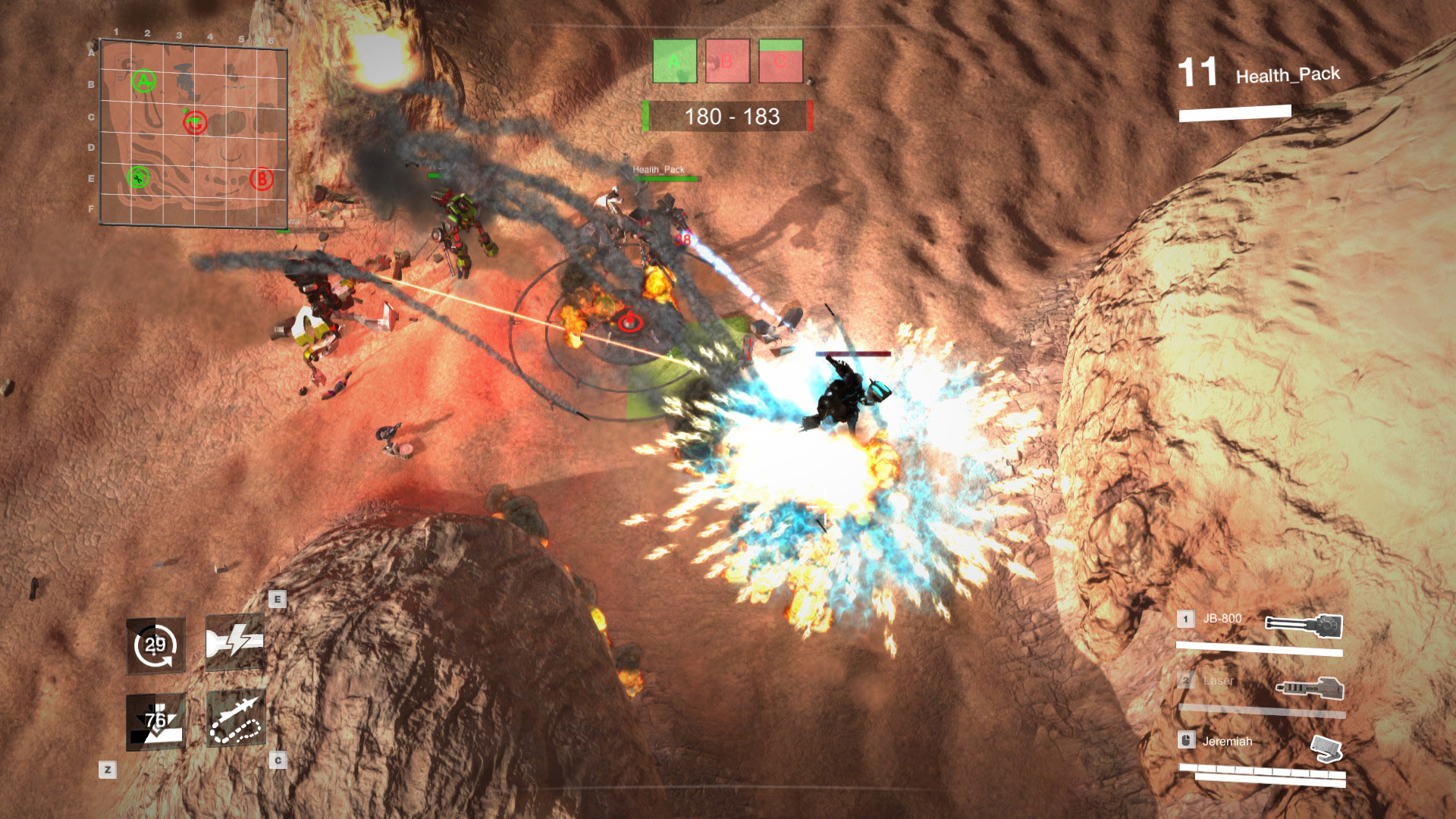 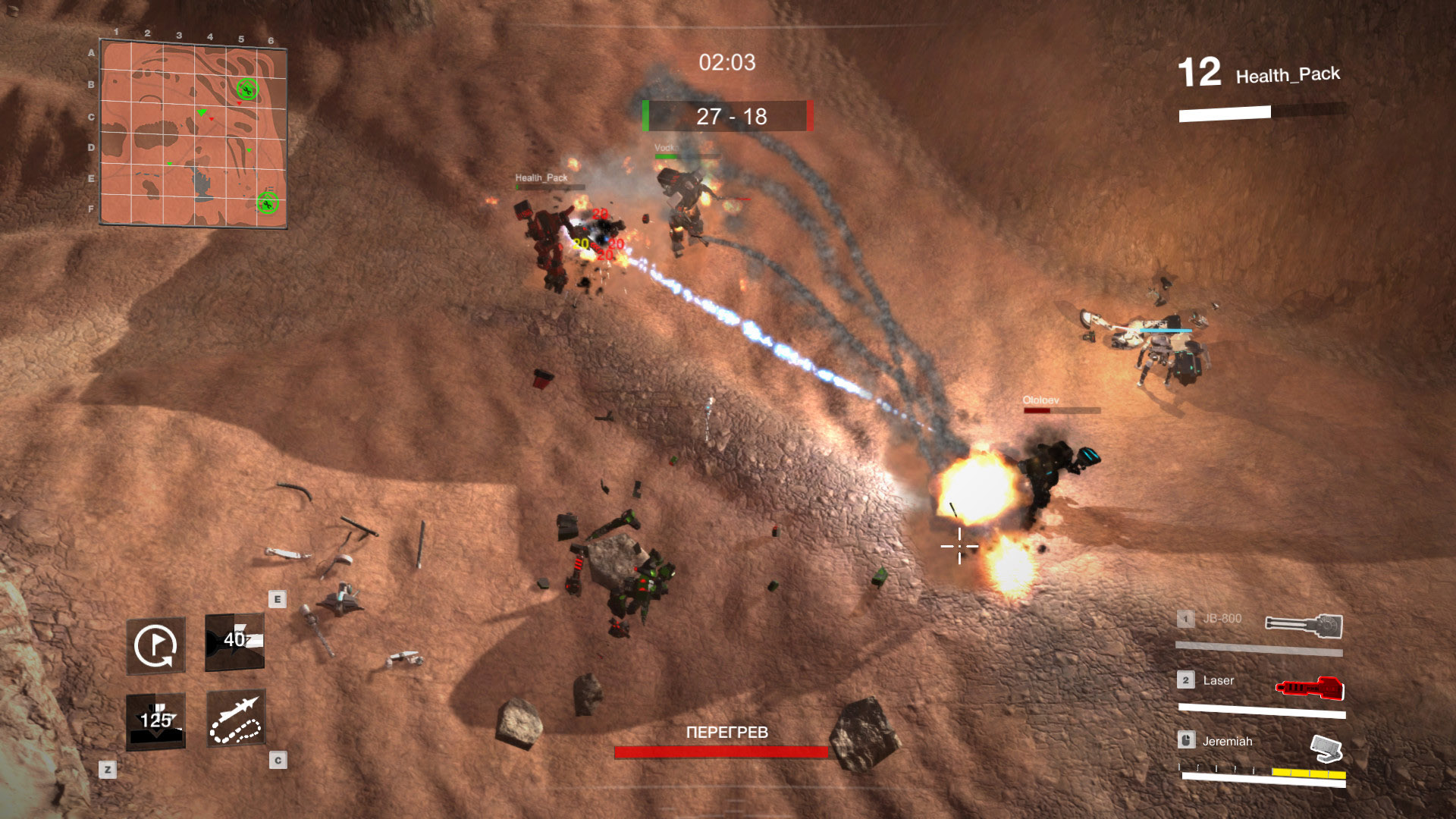 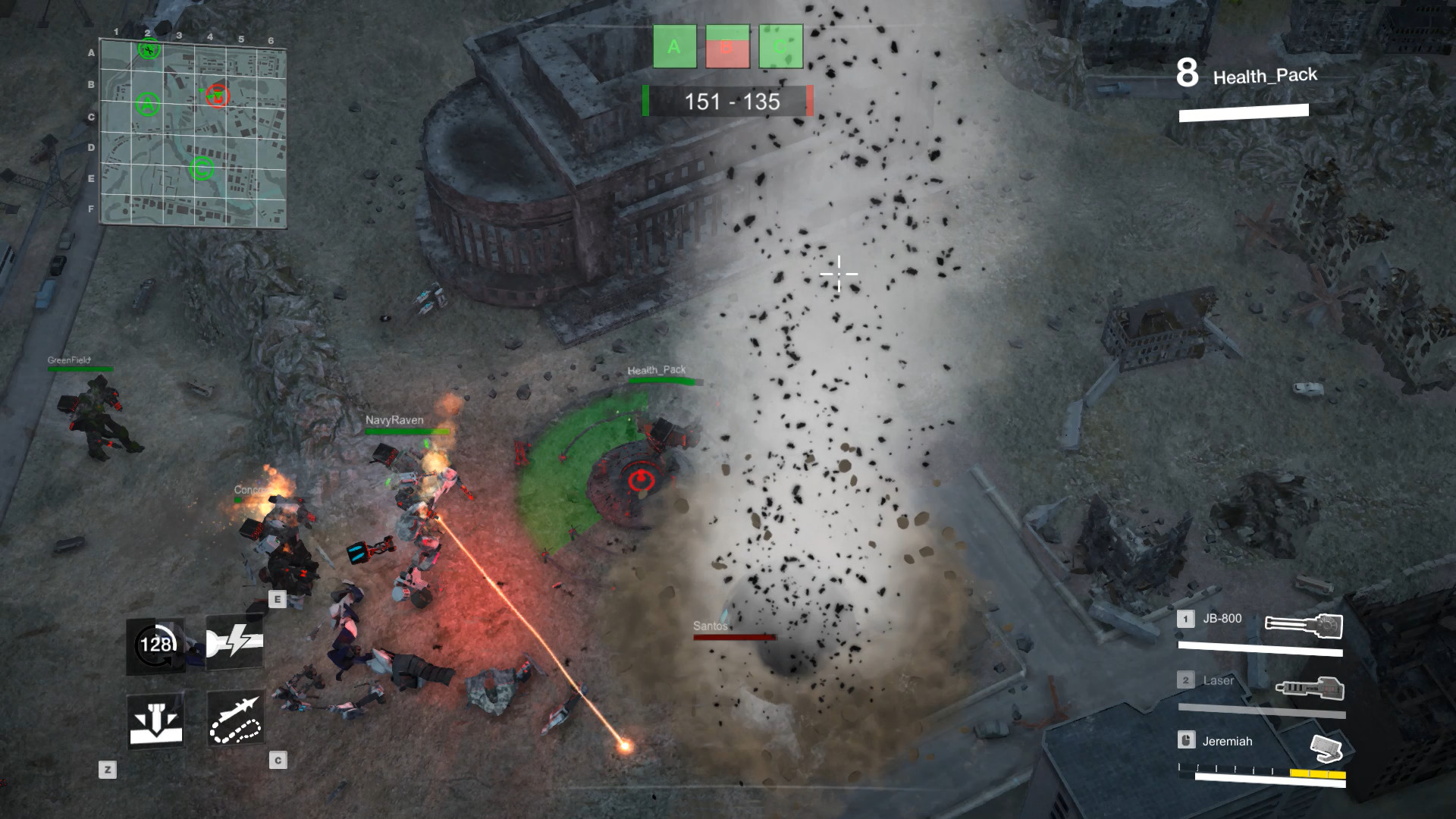 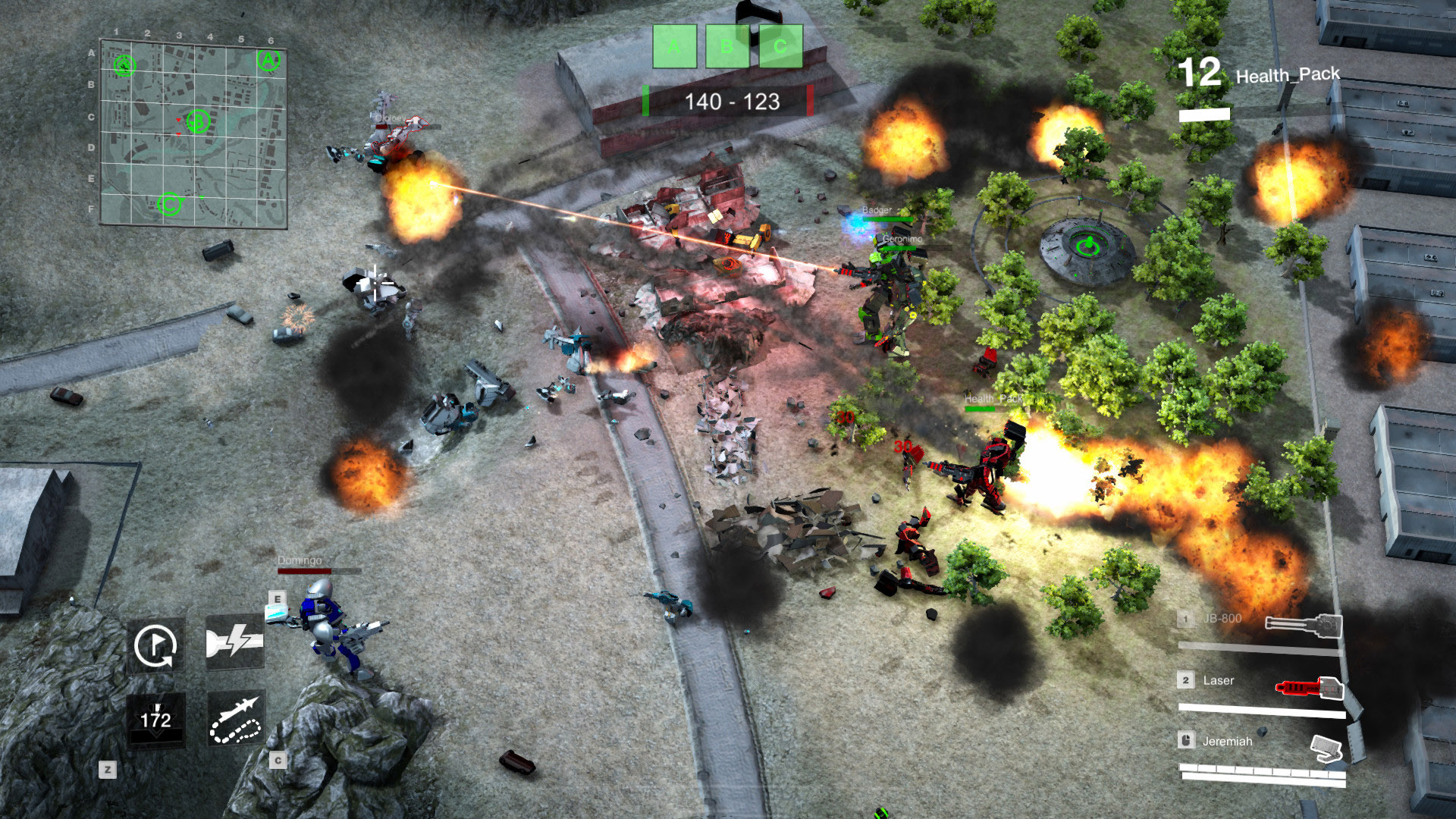 TechWars: Global Conflict is the worldâ™s first isometric mecha PVP-Action with direct control. Apart from the simple reaction speed, to win in every battle, you will need an impeccable sense of tactics and ability to skillfully use weapons, robots, and peculiarities of the landscape of the area. With these skills, you will be able to destroy dozens of enemies!

The story component is based on an alternative history from Mikhail Vladâ™s novels. According to the plot, the world slid into anarchy in 2050 and now there is only one law â the law of force that is based on cutting-edge technologies. Russian âDominionâ™ and American âKATOâ™ used their armies of giant war robots to clash in an apocalyptic confrontation of supercorporations for control over the planet.

The player will have to become a pilot of one of the factions and take part in the battle for control over a number of locations. The choice of a faction plays an important role. Each faction has its global technologies. The Dominion robots can cause devastating air strikes, while KATO mechanoids can protect themselves from damage for a few seconds.

Each player can own several robots at once and use them depending on the game situation. The destruction physics of TechWars: Global Conflict was a special focus of developers. Almost all the objects on the map can be destroyed. Partial destruction of objects can be used tactically to create temporary shelters and enemy safe shooting zones. All this will be a pleasant addition to the main thing â destroy all enemies in sight.
And by the way, as you’re there thinking, others are already catching fun!

List of key features for the beta version of the game: