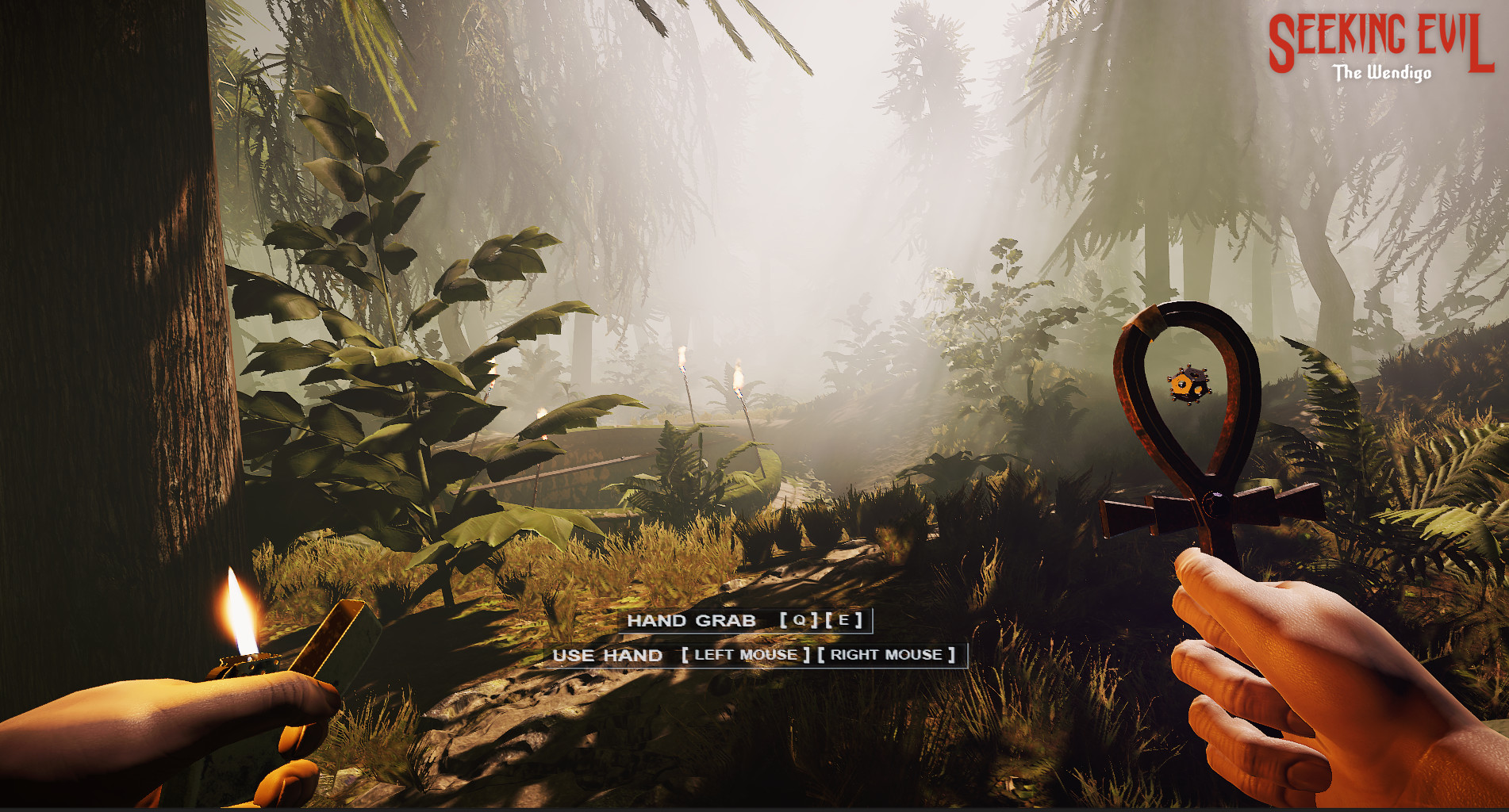 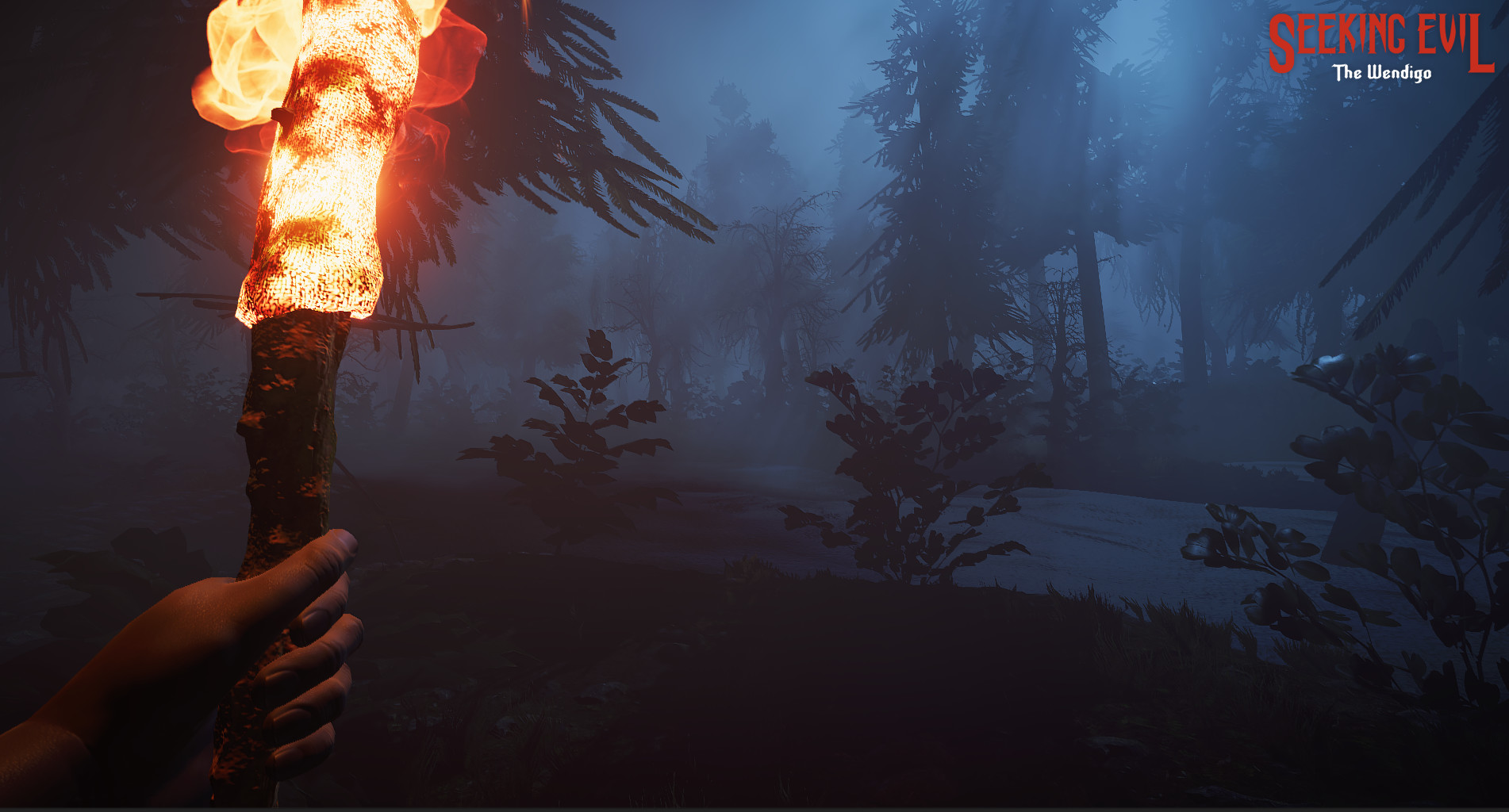 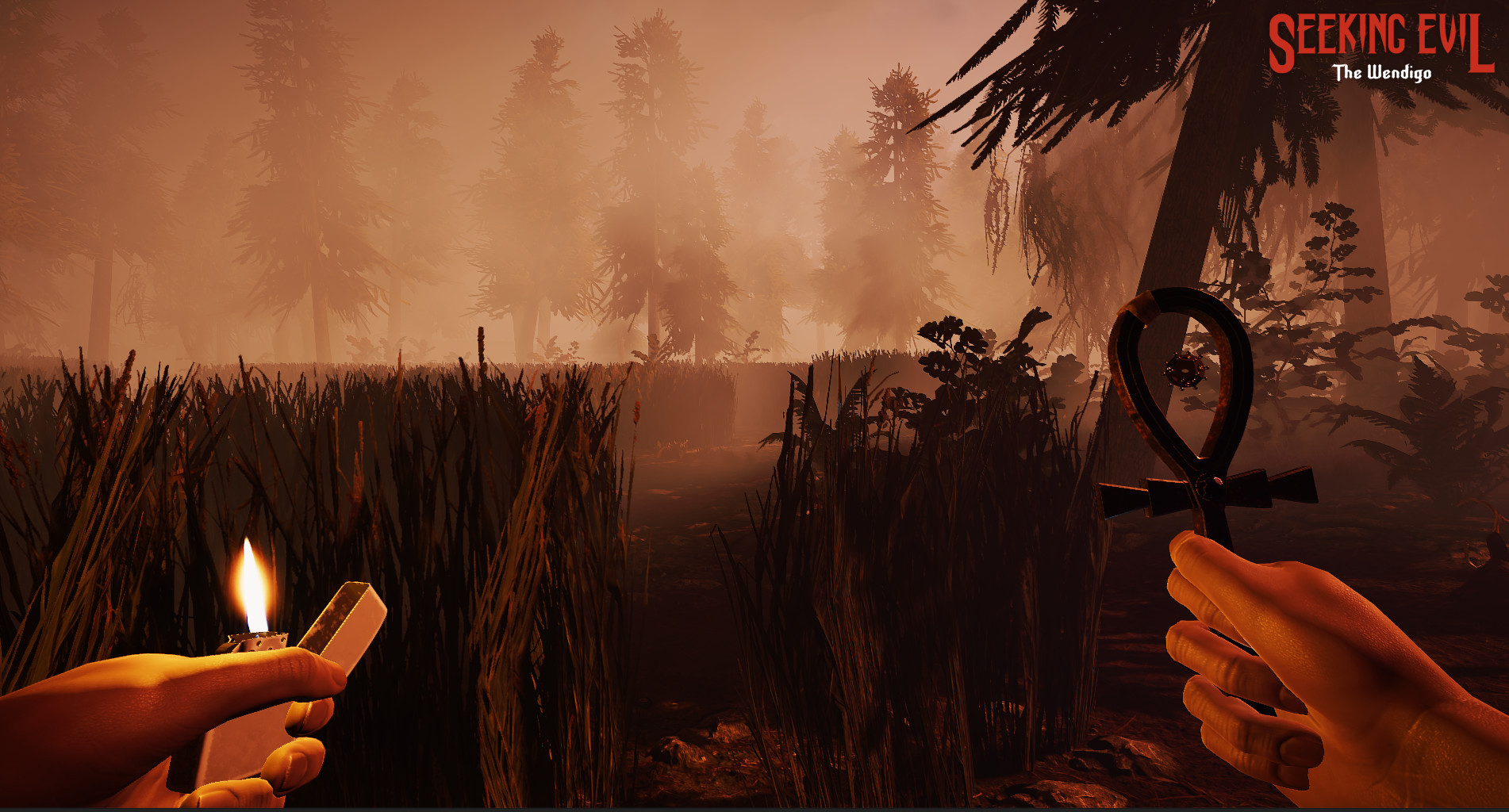 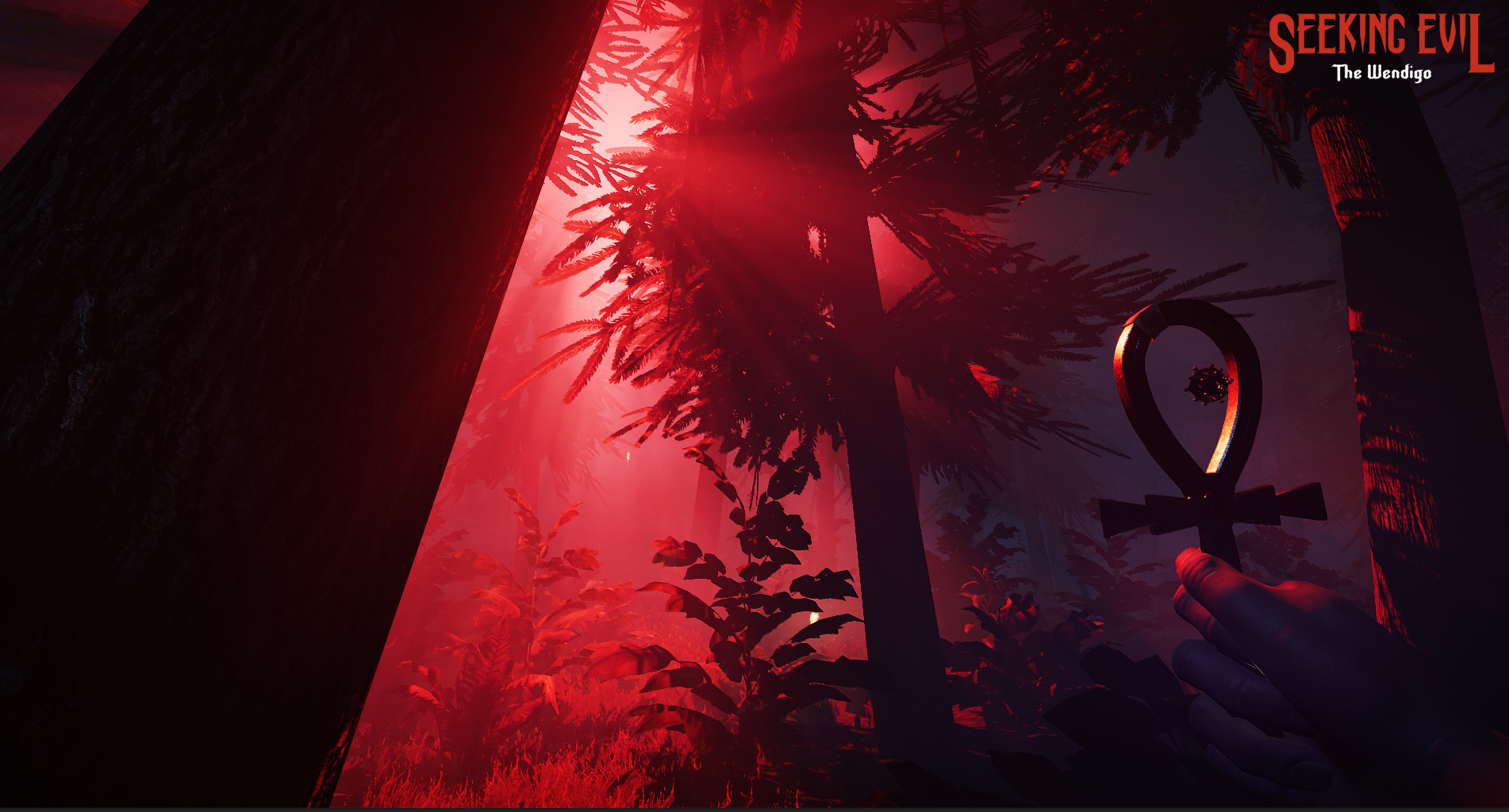 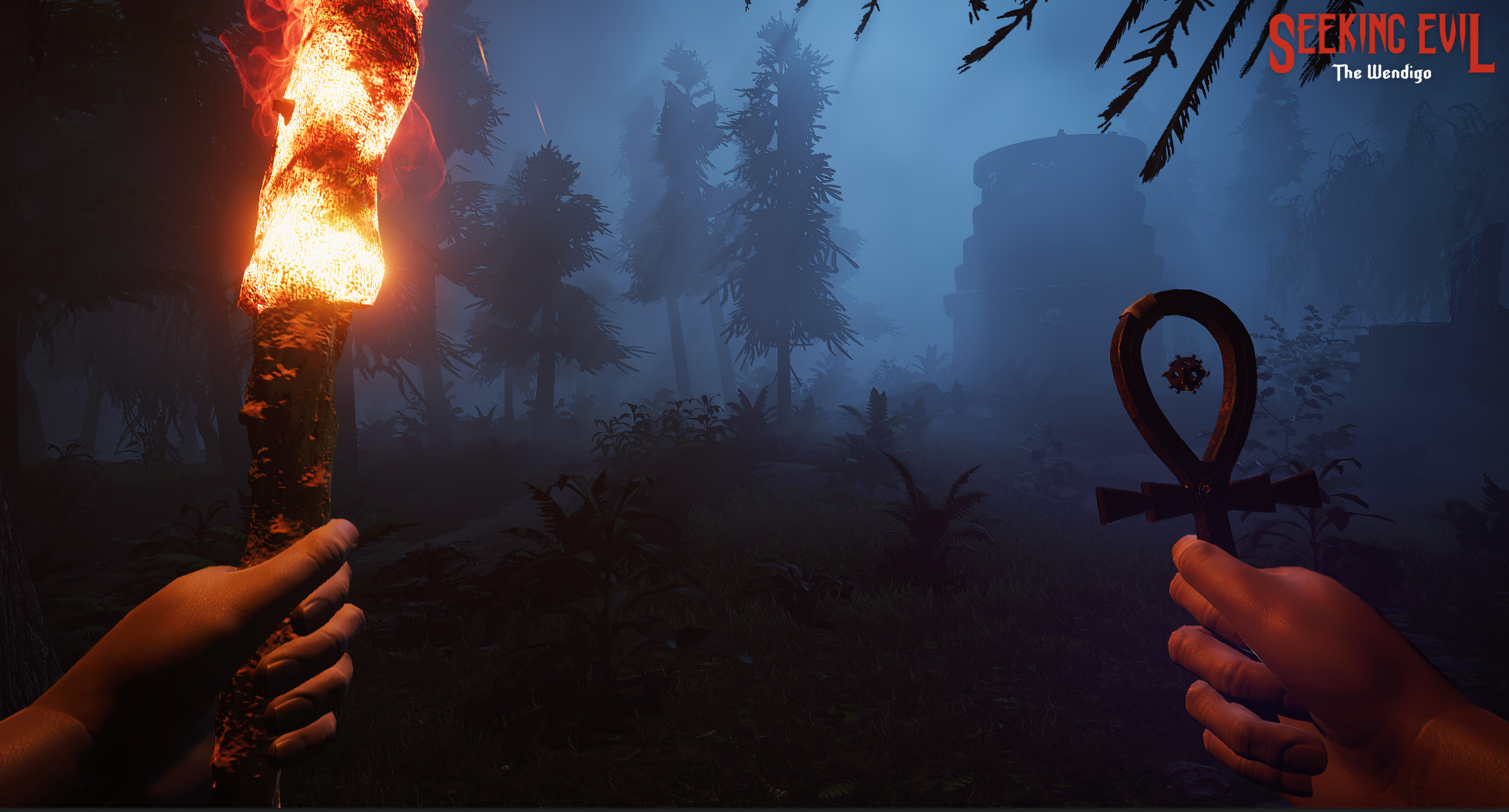 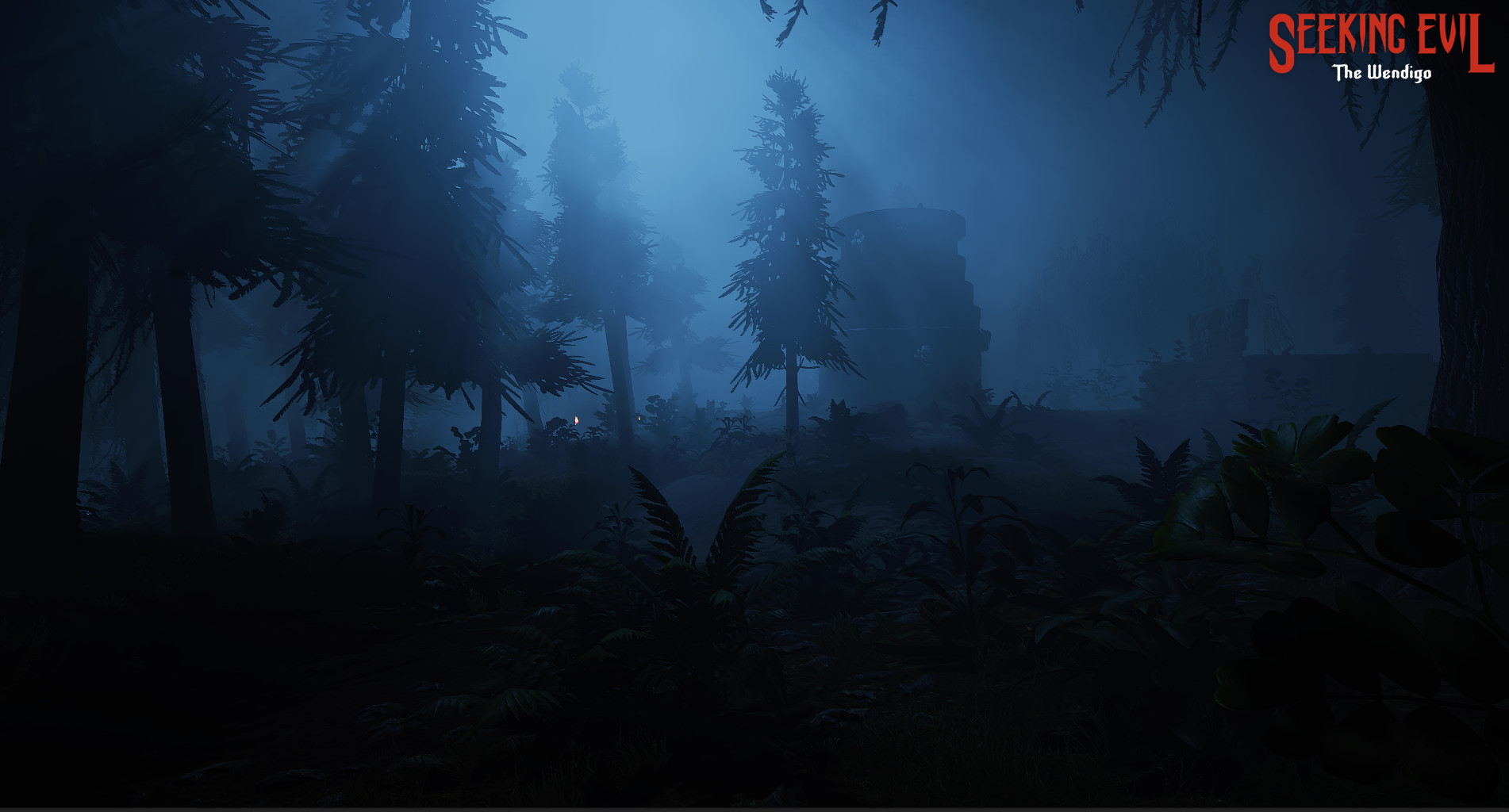 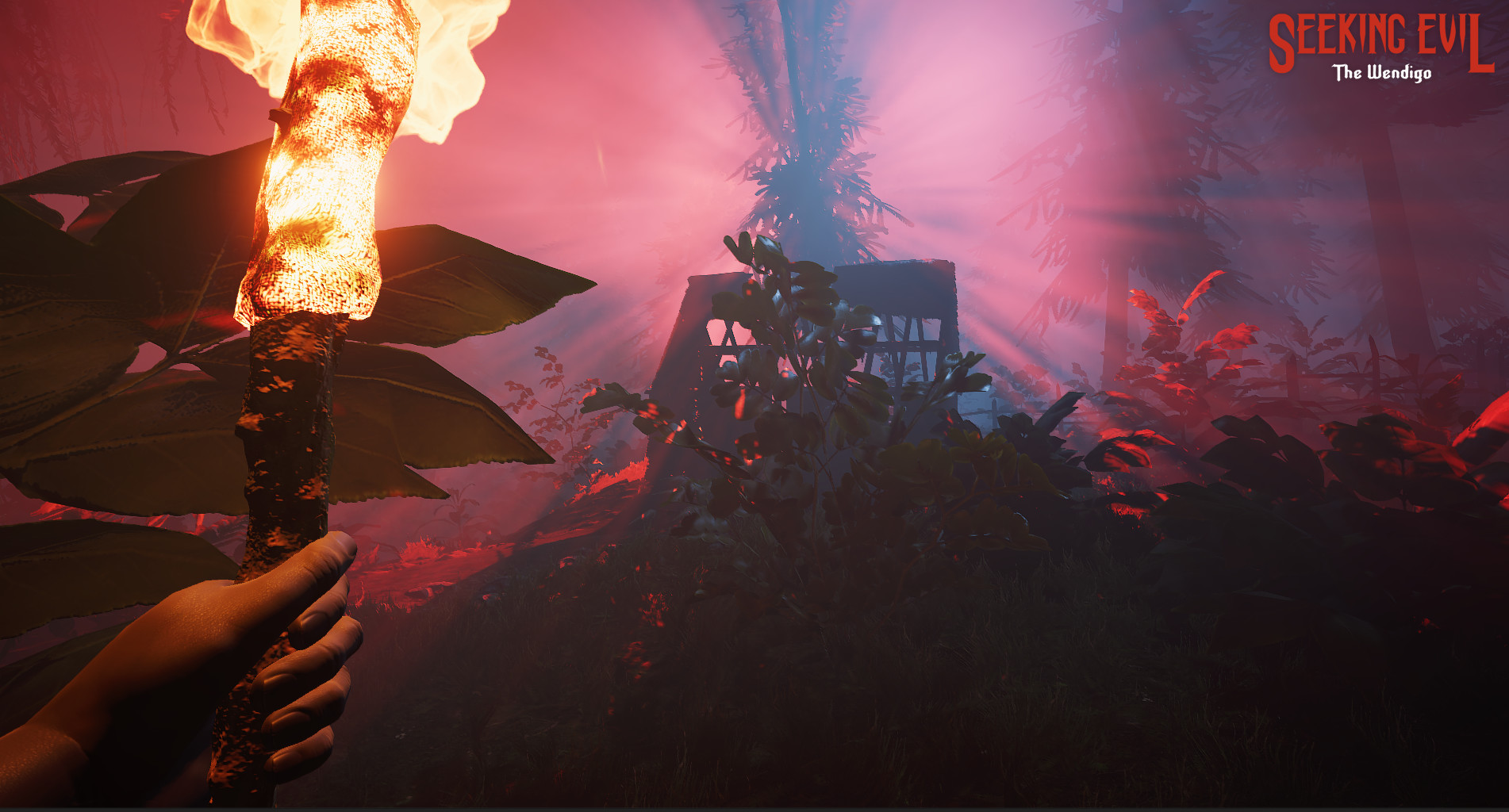 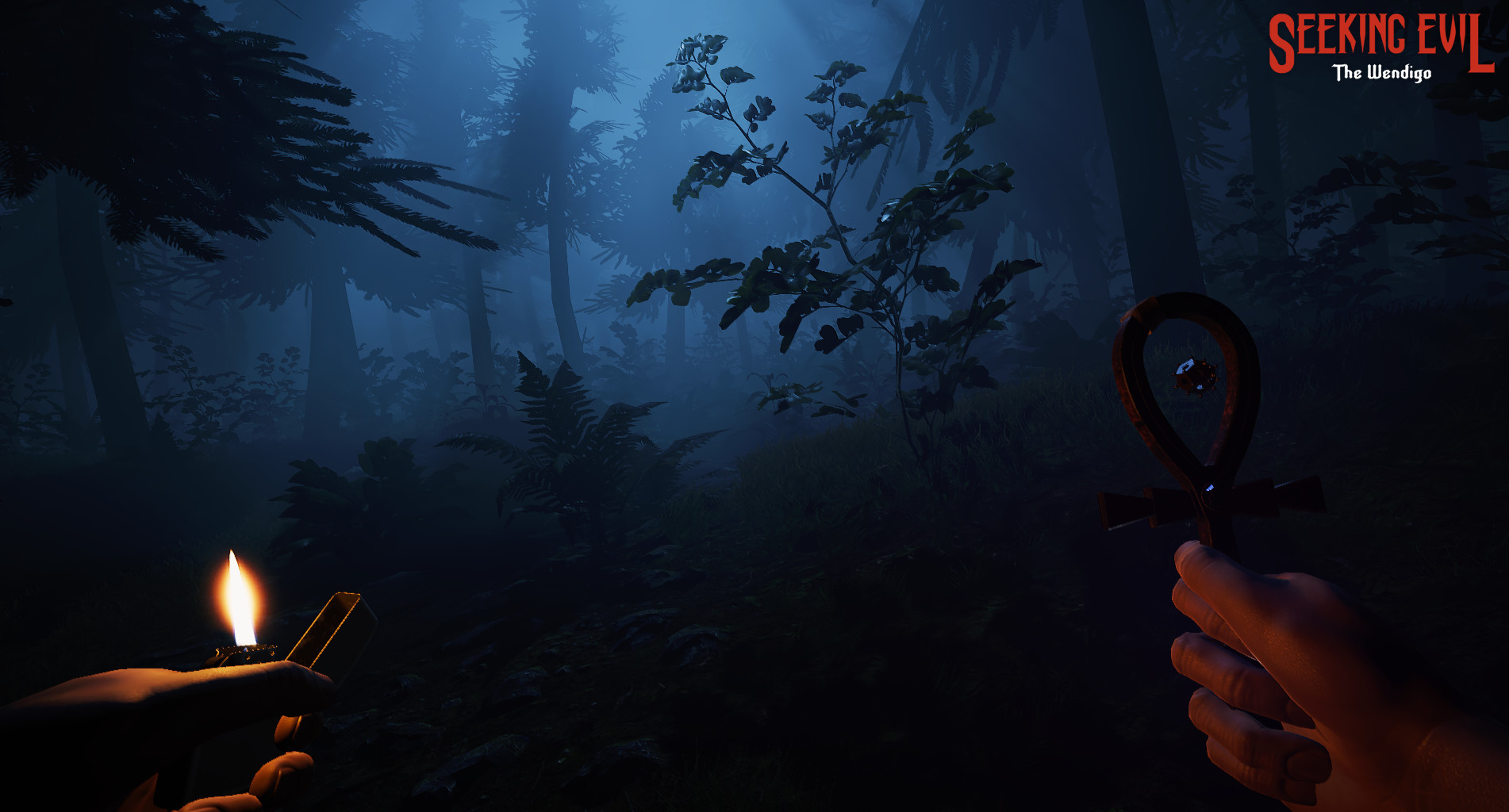 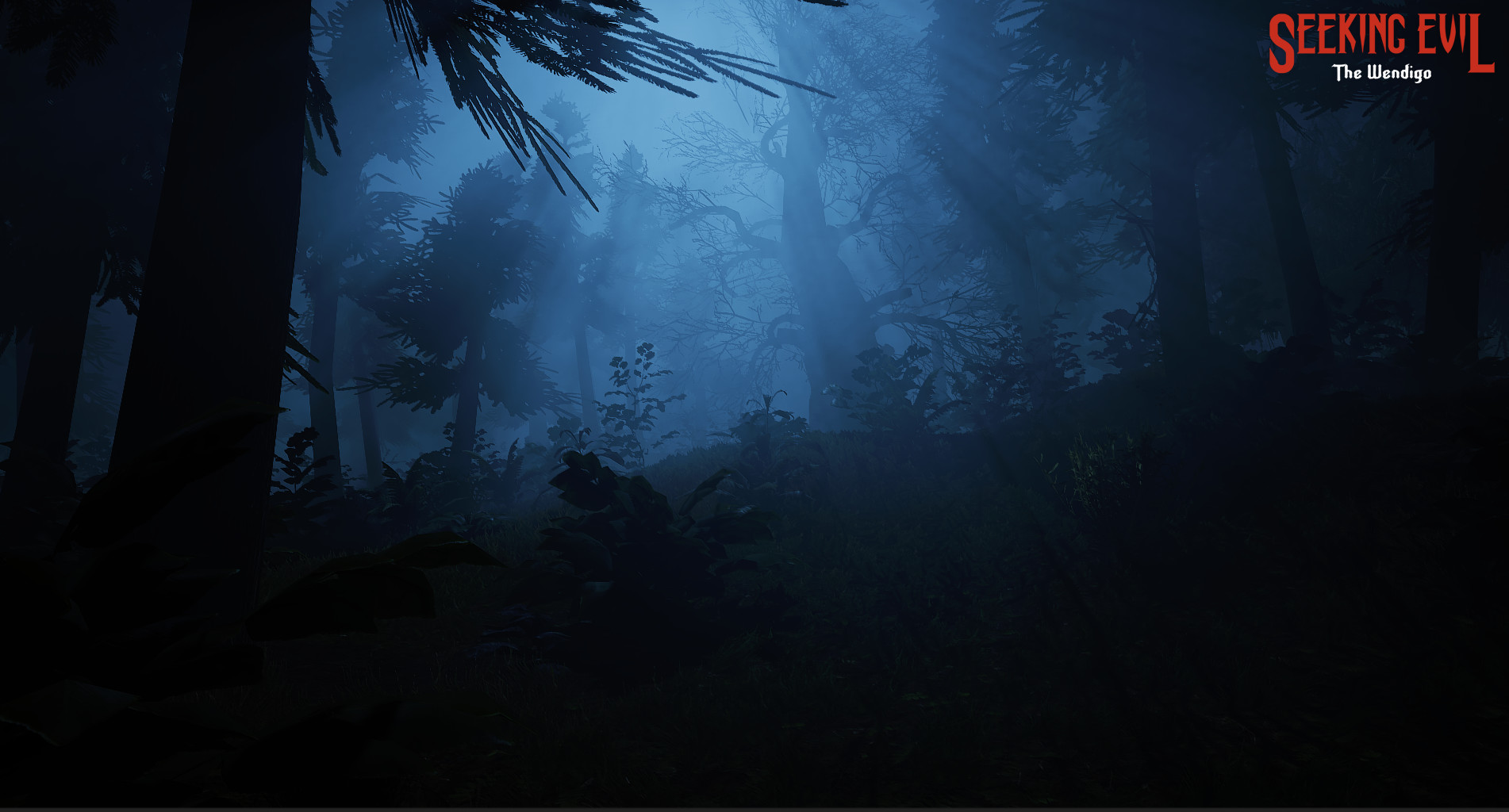 You’ll find yourself stranded in the creepy forests of North America. Things might seem peaceful, but don’t be fooled as these grounds are cursed. You’re not alone and these haunted forests are home to a legendary creature called The Wendigo. This bloodthirsty predator is fast, smart, has great senses and will do everything it can to take you down. To break the curse you’ll need to find and burn totems, the more you burn the more intense the game becomes. Therefore your best bet is to get from point A to point B as fast as possible, duck down to stay out of Wendigo’s sight and use the ank to scan the environment for nearby totems. Simply sprinting until you find the totems will get you nowhere since the Wendigo will see and catch you.

Controls for keyboard and non-vr controllers are really straight-forward, but how will Seeking Evil: The Wendigo be played in VR? Letâ™s have a look:

For the best experience we advise you to play Seeking Evil while standing.

To ensure better gameplay and a more immersive experience Seeking Evil doesn’t rely on a point teleportation system for locomotion and the trackpad (Vive) or the analog stick (Oculus) of the left controller are used.

In order to sprint you can press the trackpad (Vive) or the analog stick (Oculus) of the left controller. There will also be situations where youâ™re chased by the Wendigo, here shaking the vr controllers as if you were running will allow you to increase your speed even more which might be a matter of life or death.

The Wendigo is a savage predator that craves human flesh and prefers to eat its victims alive. It’s cursed to roam the tribal grounds of North America and is part of the traditional belief system of a number of Algonquin-speaking peoples. Although we don’t know where it came from and descriptions can vary, one thing is certain: it is evil, cannibalistic, has an unending hunger and won’t be satisfied after killing and consuming one victim.

This creature is intelligent, agile, possesses supernatural strength, has enhanced senses, and excels in stealth. The combination of these abilities allows it to stalk its victims without being noticed and once it has you in sight it’s probably already too late.
İlan Ekle! İlanlarım
İlan Ekle İlanlarım
Durum
Resim
Adı
Açıklama
Yorumlar
Teslim Saati
Stok
Miktar
Fiyat