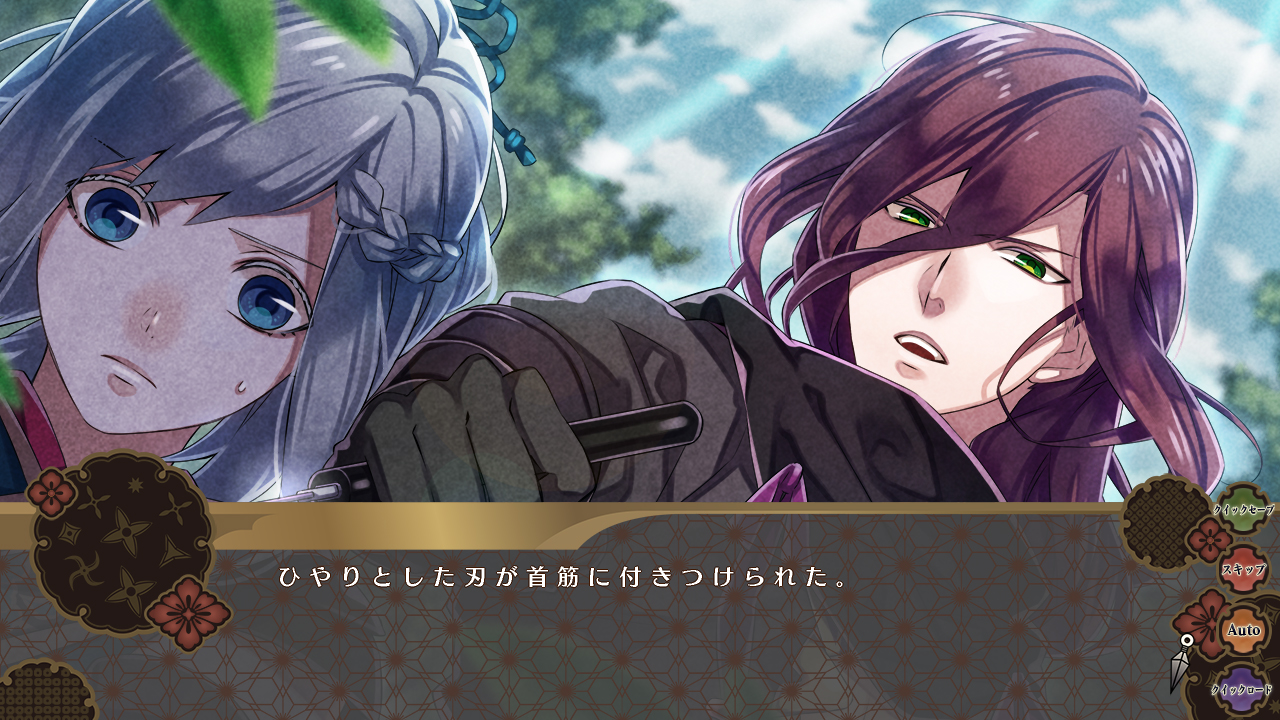 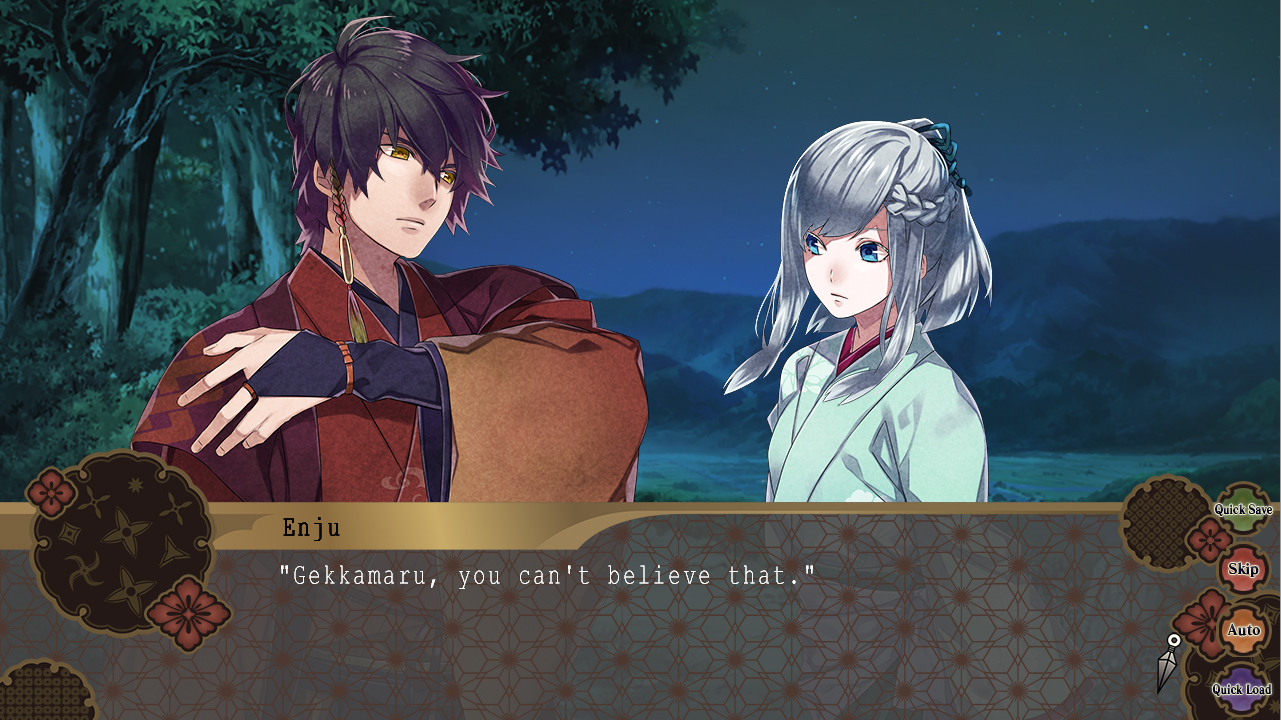 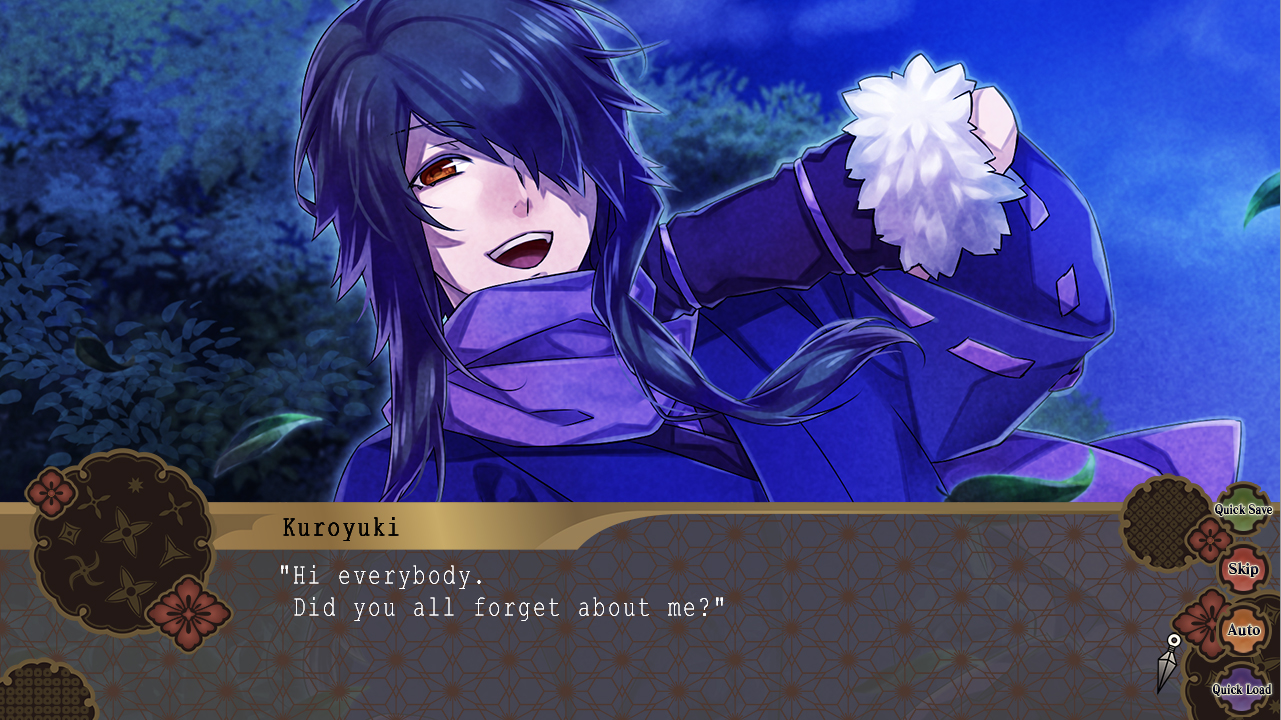 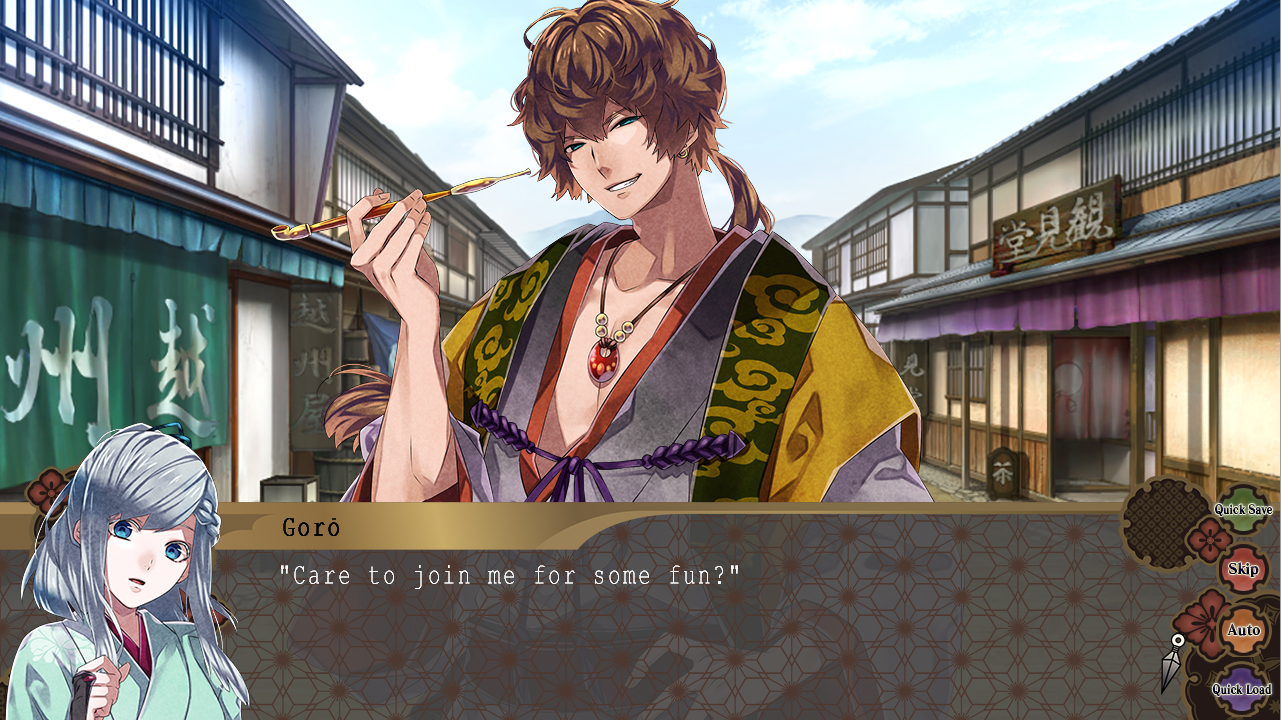 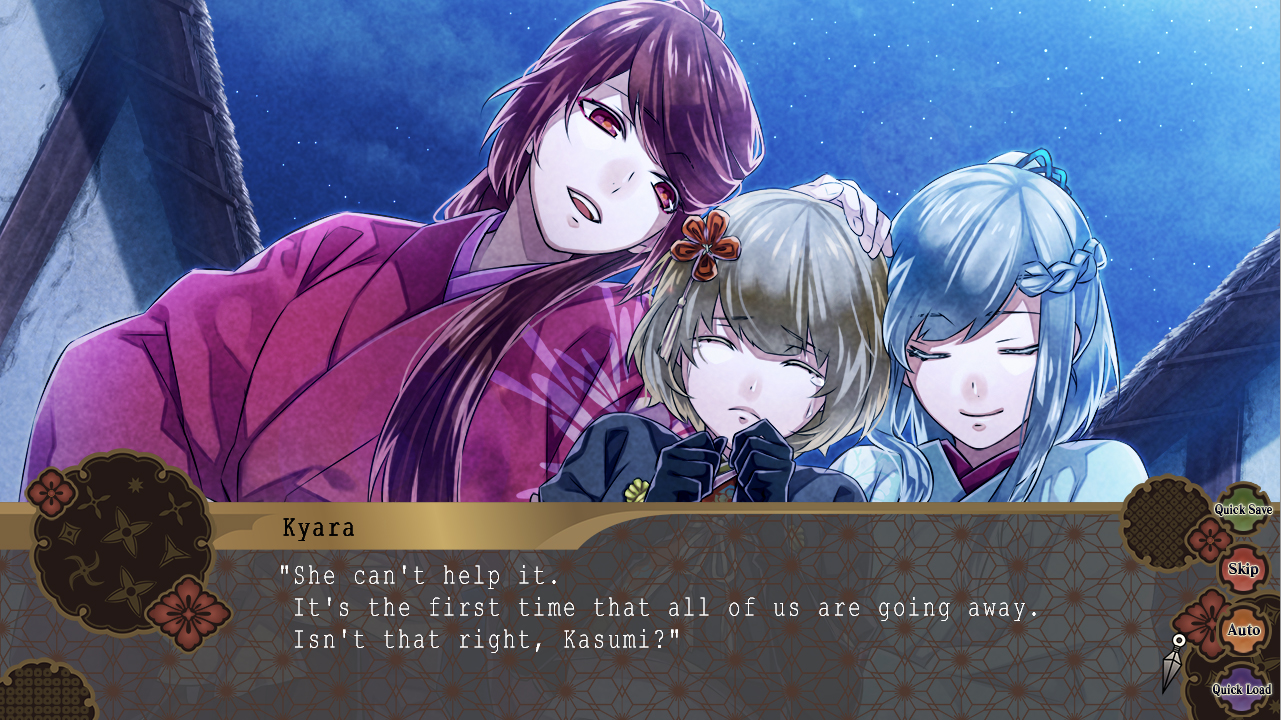 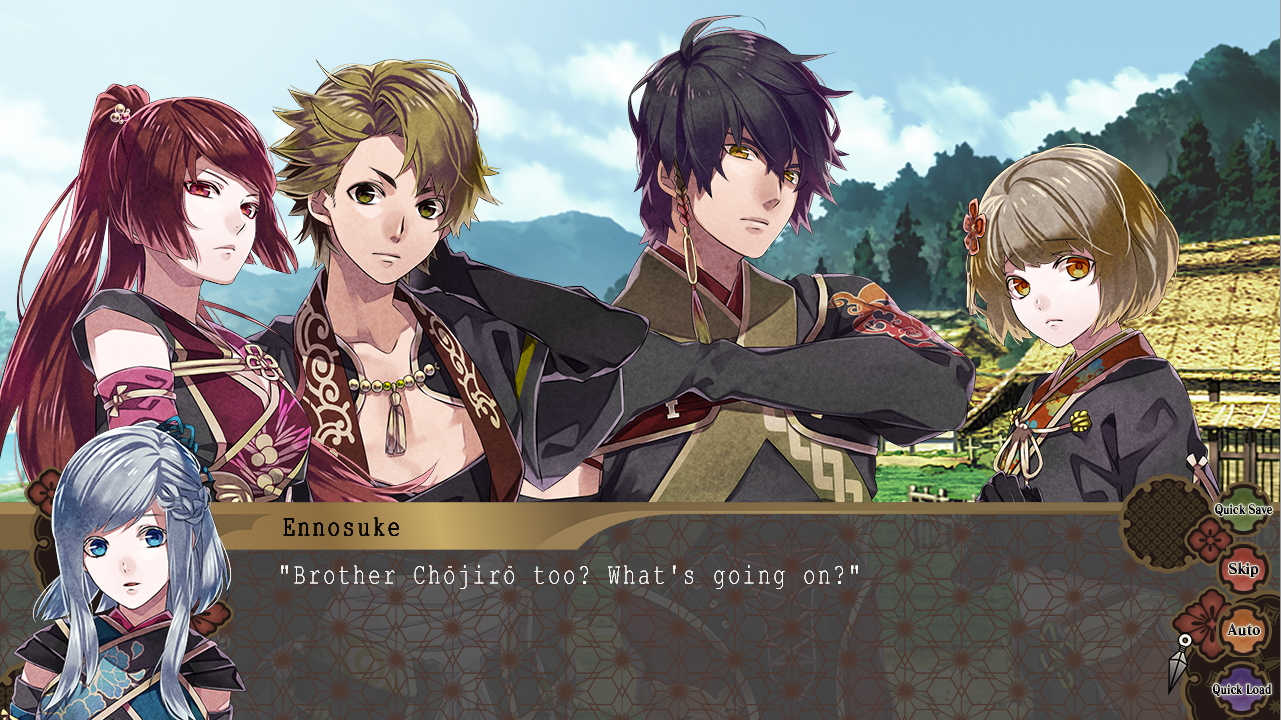 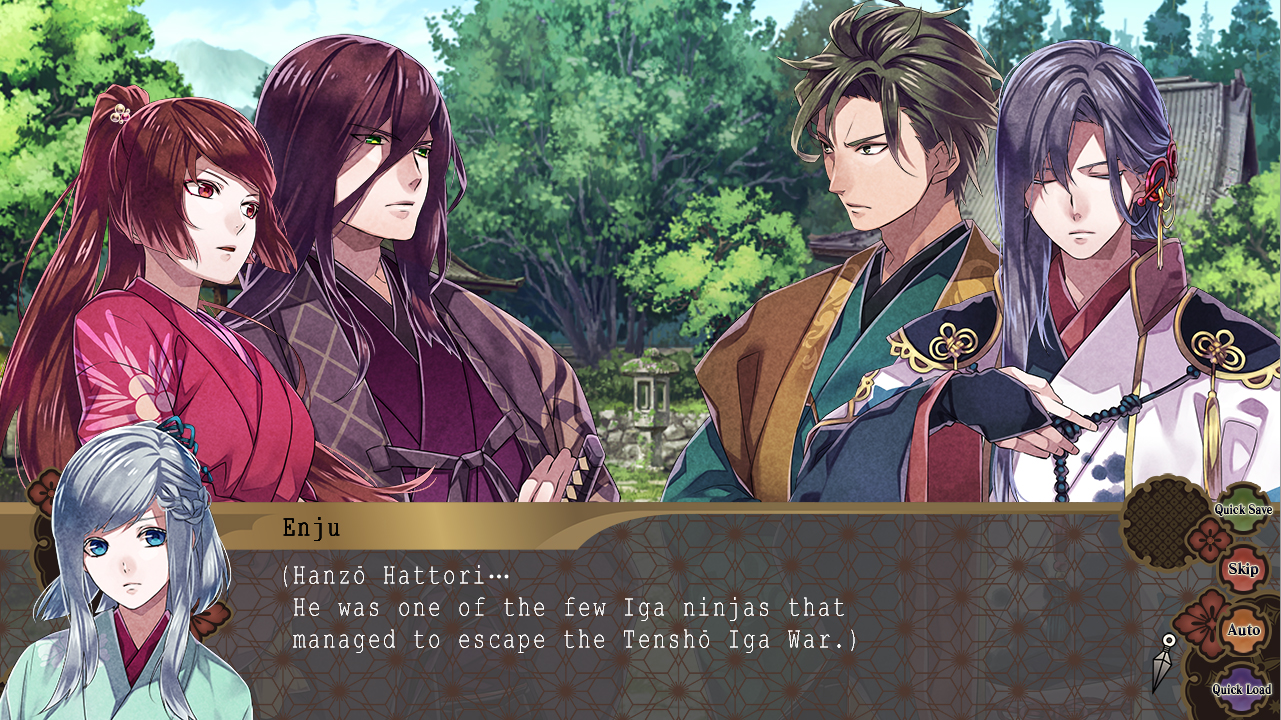 ãAbout the play video release of "Nightshade"ã
You are allowed to do so if you share the movie free of charge below the rules.

*All Visual novels are not permitted.
*Only Prologue and Chapter1 and Chapter2 are permitted.
*If it is for business purposes, you cannot do so unfortunately.

Thank you very much for your interest in our games.

A romance visual novel game made in collaboration with D3P Otomebu and Red Entertainment, two companies known for their creative range and production of heavyweight visual novel games.
Character design and illustrations are by the popular illustrator Teita.
The romance revolves around Ninjas who have lived through the Sengoku Period.

The story is set in Japan soon after the Sengoku Period.
Follow the romances between the protagonist and other main characters through a compelling tale of conflicting loyalties.
Â
The story is fiction, but several characters and events are factual, making the novel enjoyable for those interested in Japanese history.
There are 2 endings for each of the 5 main characters depending on the route the player takes. The ending movie and music changes according to the final outcome of the players choices.

During the Sengoku Period the two main factions of ninja clans, Iga and KÅga, warred against each other for decades.
In the year 1593, Nobunaga Oda started the TenshÅ Iga war, decimating most of the Iga ninjas in the process.
The very few that survived were absorbed into the KÅga clan, despite their past rivalries.
Â
After 17 years the Sengoku Period finally came to an end, and Japan was unified.
Â
Enju (Protagonist), daughter of KandÅ Ueno, the Head of the KÅga clan, spends her days training diligently in hope of becoming a full-fledged ninja like her peers.
Â
At long last she is assigned to her first mission, but finds herself caught in a dark conspiracyââ.

Heroine has no voice sound. (This is a specification.)