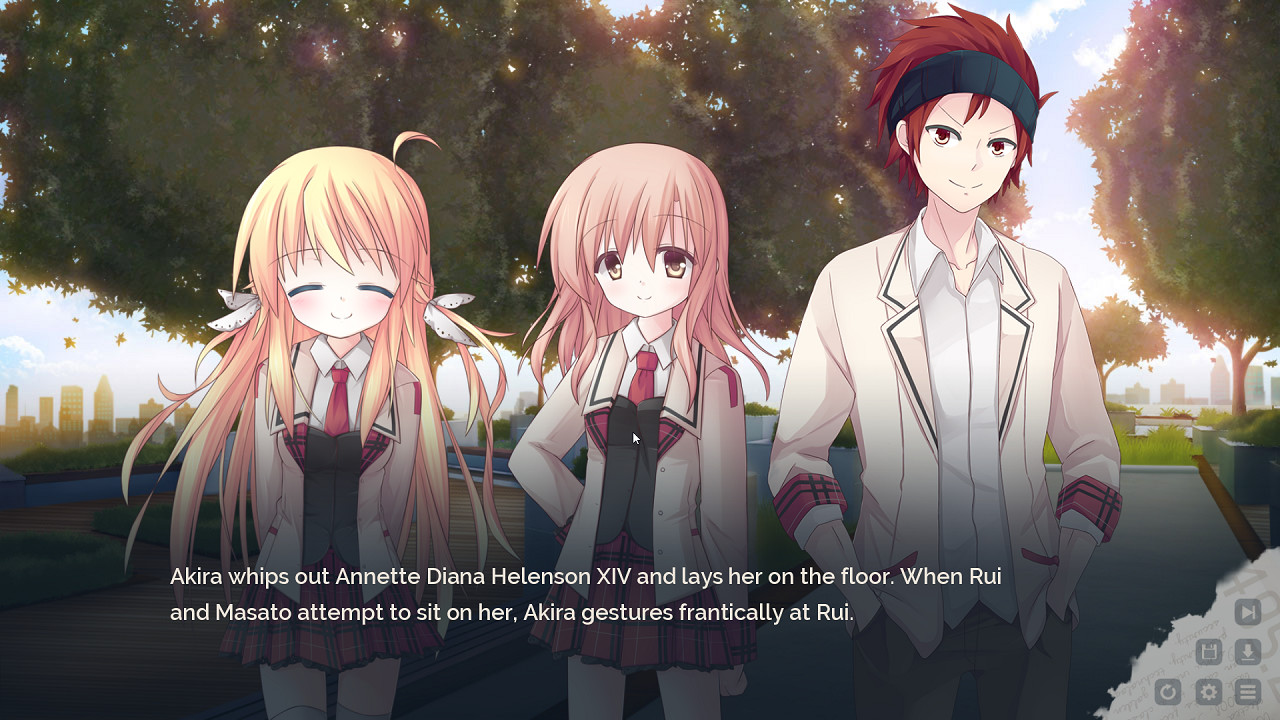 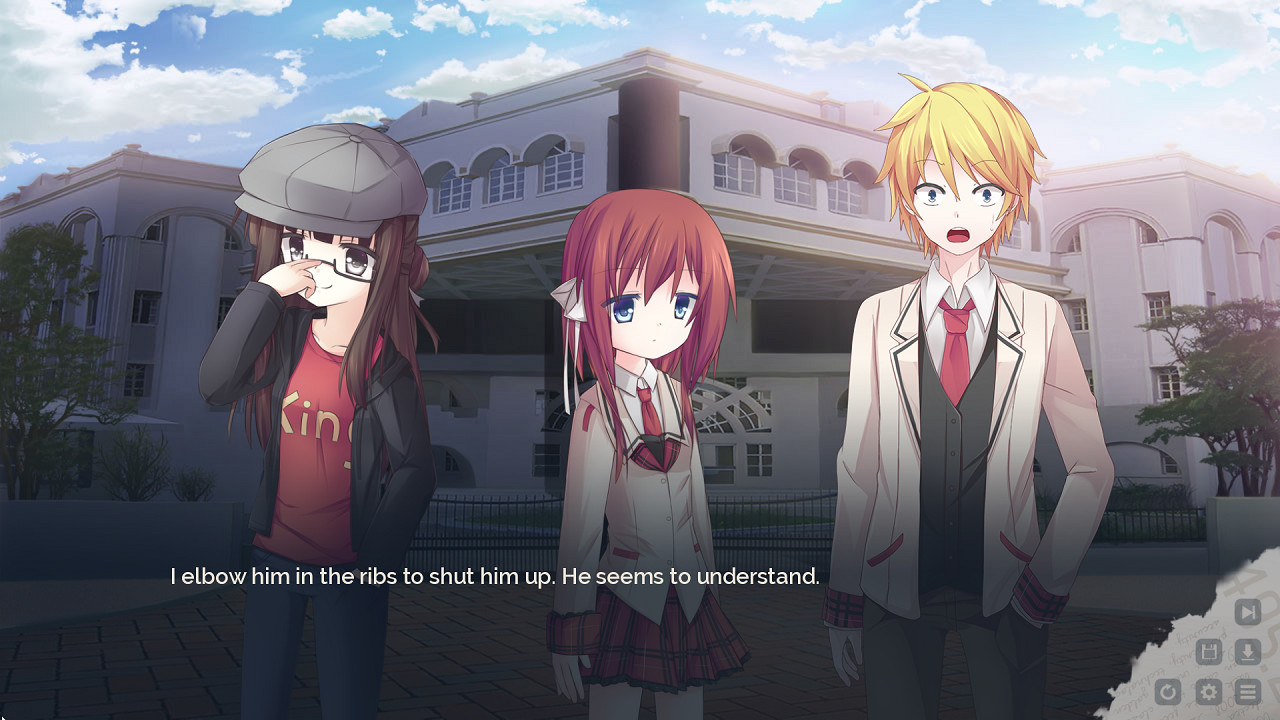 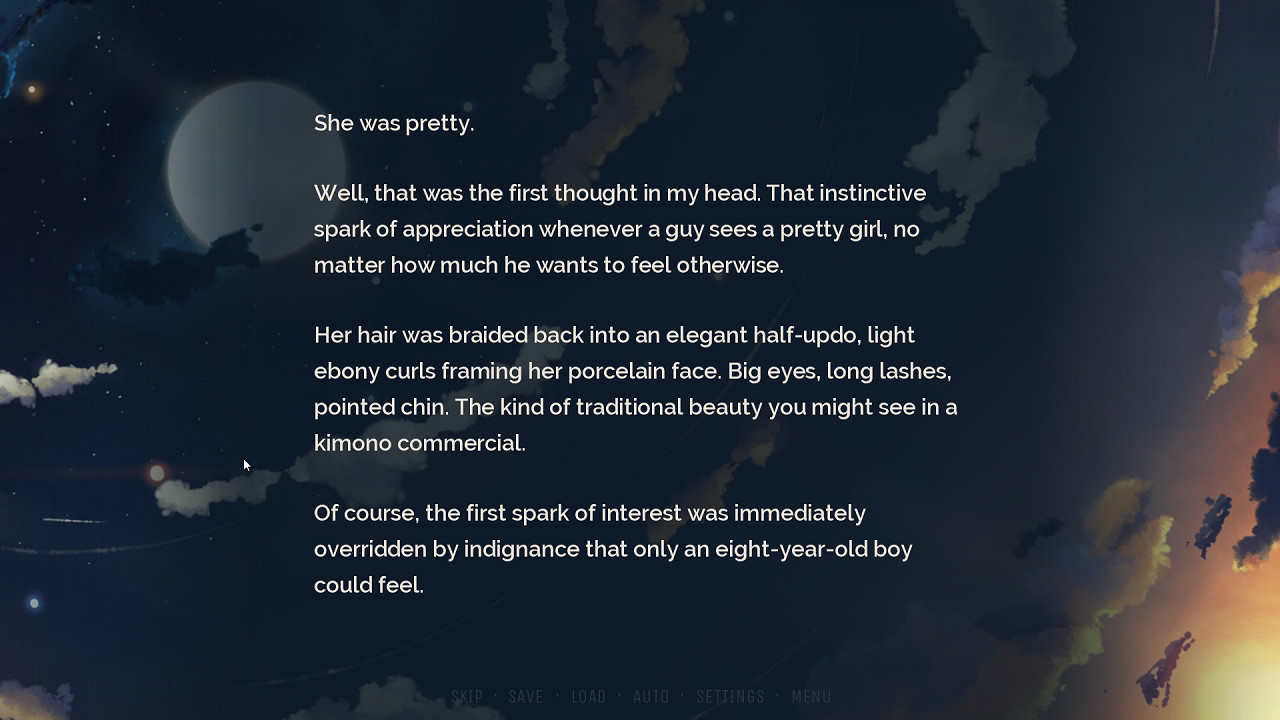 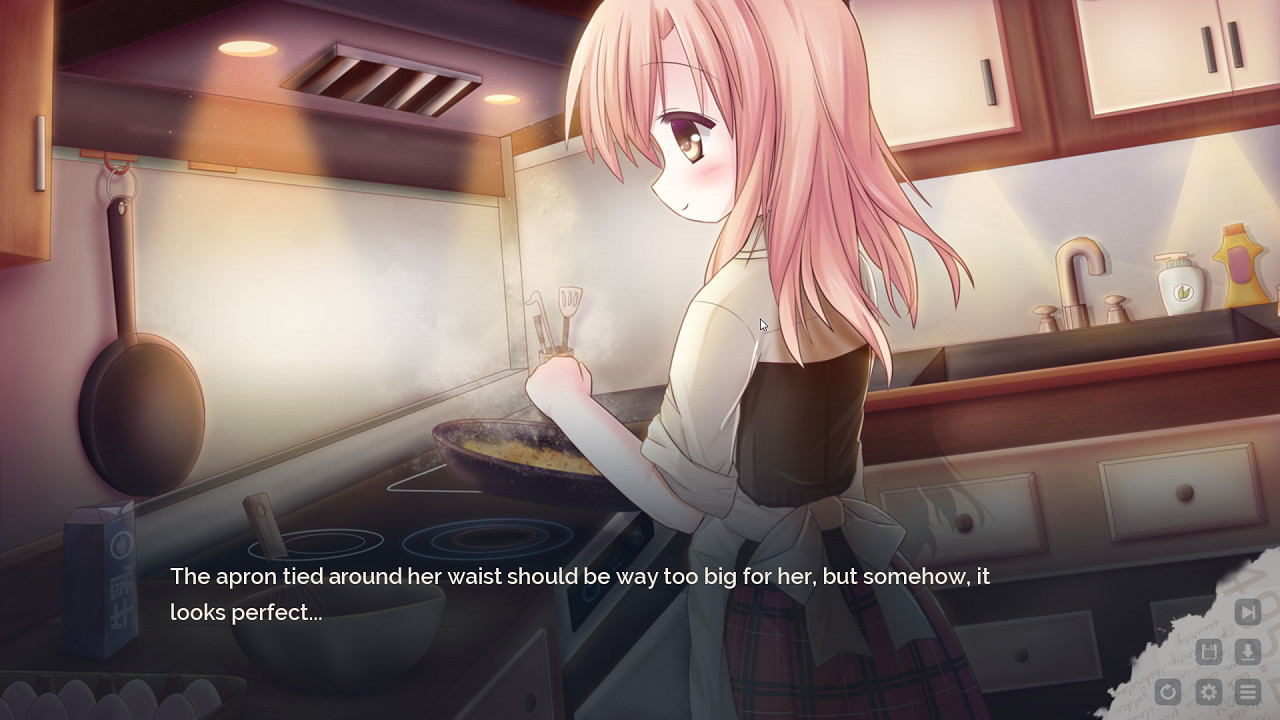 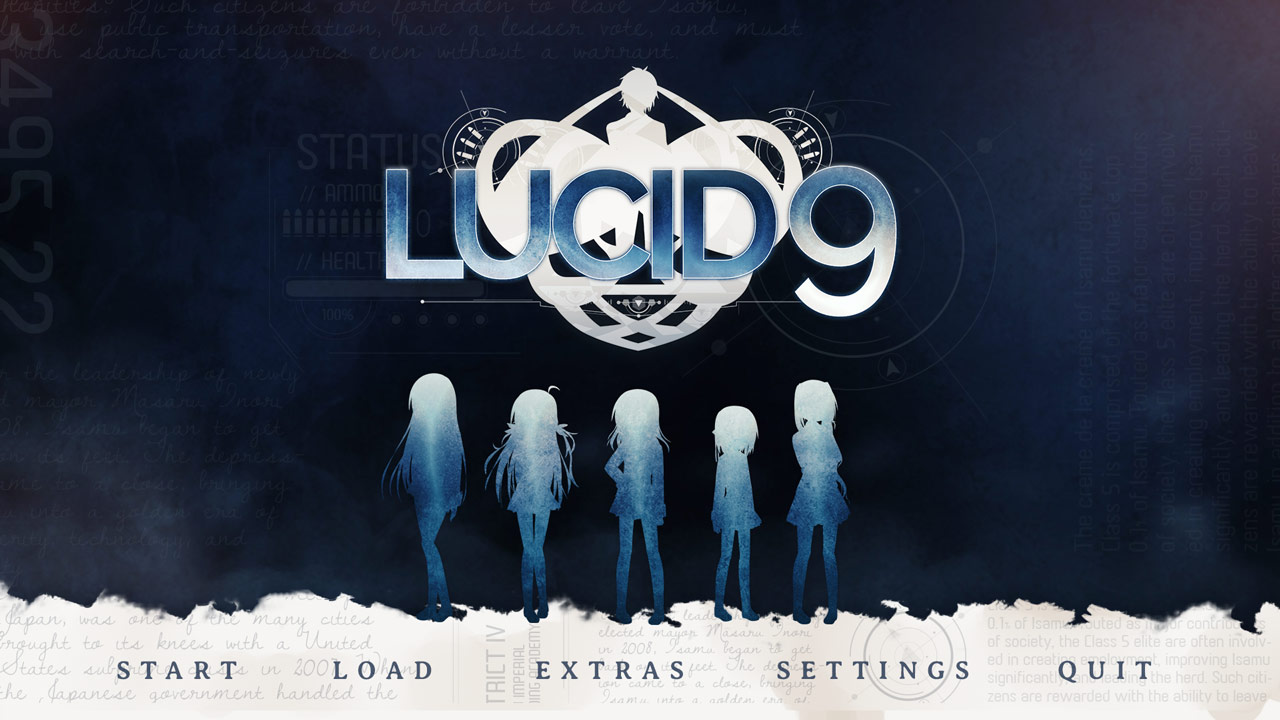 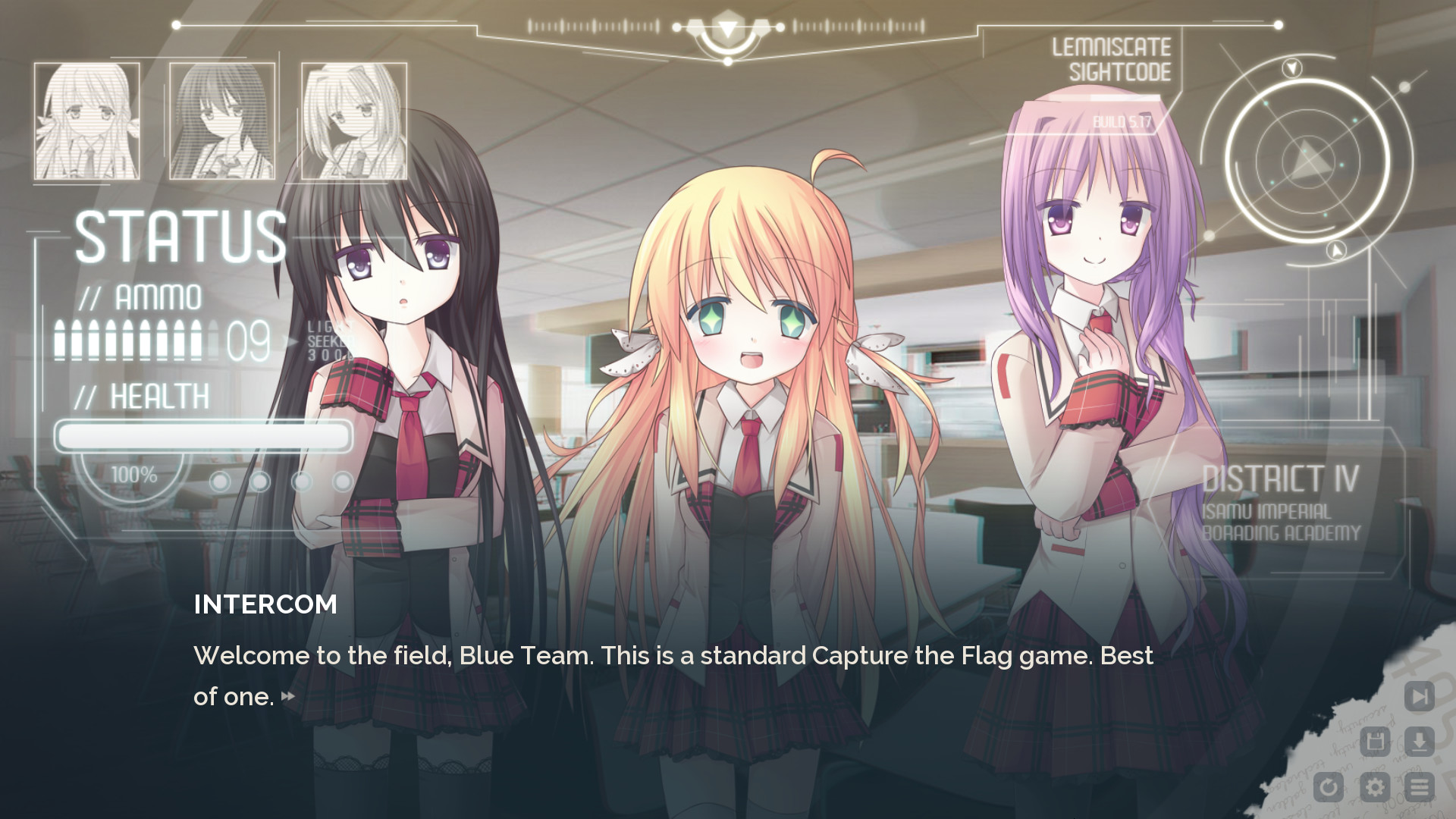 Lucid9 is a mystery visual novel where your choices affect the outcome of the story.

// 1 DAY PRIOR.
You canâ™t trust anyone. You lose your mind.

// 3 DAYS PRIOR.
Someone dies before your eyes. Your friends distance themselves from you.

// 4 DAYS PRIOR.
Your school enforces a curfew. You nearly drown. Your past catches up to you.

// 6 DAYS PRIOR.
You learn that students at your school have been disappearing into nothingness. You visit an amusement park with a bunch of friends anyway.

// 8 DAYS PRIOR.
You take a history exam. Maybe you pass, maybe you fail. Then you participate in a treasure hunt in the sketchiest part of the city. Thankfully, nothing happens. Or maybe something does.

// 9 DAYS PRIOR.
You visit a career fair to review your options. Doesn’t seem like there is a bright future ahead of you. You also meet a crazy woman with a vocabulary larger than her height who claims to be a detective.

// 10 DAYS PRIOR.
You immerse yourself in classes, friends, and an everyday routine. You eat copious amounts of fried chicken and are press-ganged into advertising for a club you’re not even in. This is where the game begins.

// THE THING IS:
You can choose to fight this outcome.

Lucid9 is a visual novel focused on a web of intricate mysteries set in the fictional 2018 metropolis of Isamu. Inciting Incident is the first part of the story, where you play as Yama Ishimoto, a cynical high school student who would like nothing more than to keep his life free of school drama and hard choices. However, heâ™s forced to face his circumstances when an eccentric detective blazes into his life, alerting him of a string of brutal murders at his school.

As Yama furthers this investigation, he must dig through the secrets of the city, bringing him and his friends closer and closer to danger in the process. Every step leads Yama to the most unexpected - and terrifying - culpritâ¦

Lucid9 is being created by Fallen Snow Studios, an international group of visual novel enthusiasts who seek to make a VN by fans for fans. As Lucid9 is a passion project that has been created without any budget so far, we are aiming to release it free of charge in order to both engage established fans of visual novels, as well as introduce newcomers to this unique storytelling medium. We are working our hardest to make sure the rest of the story will be available for free as well.