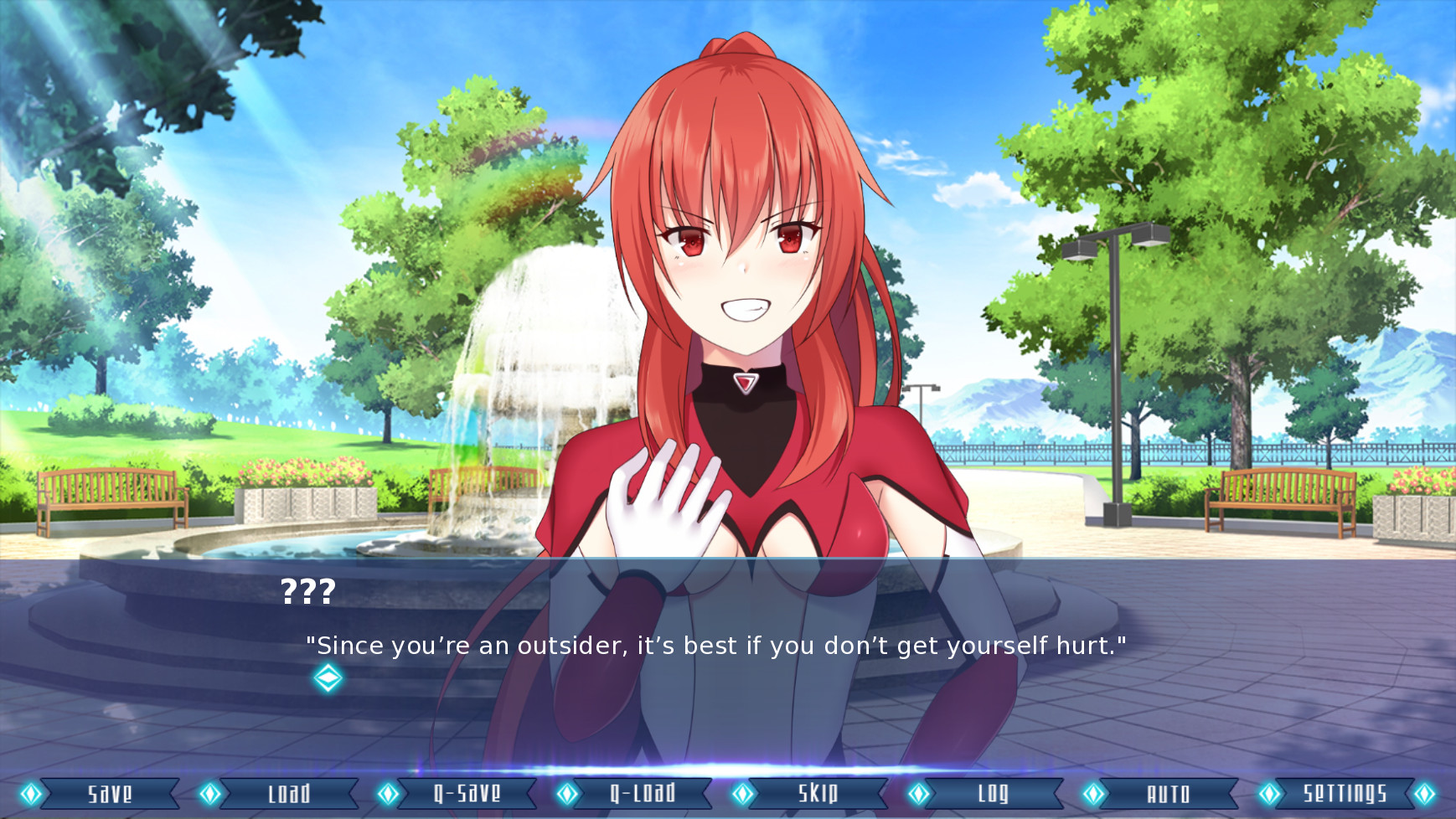 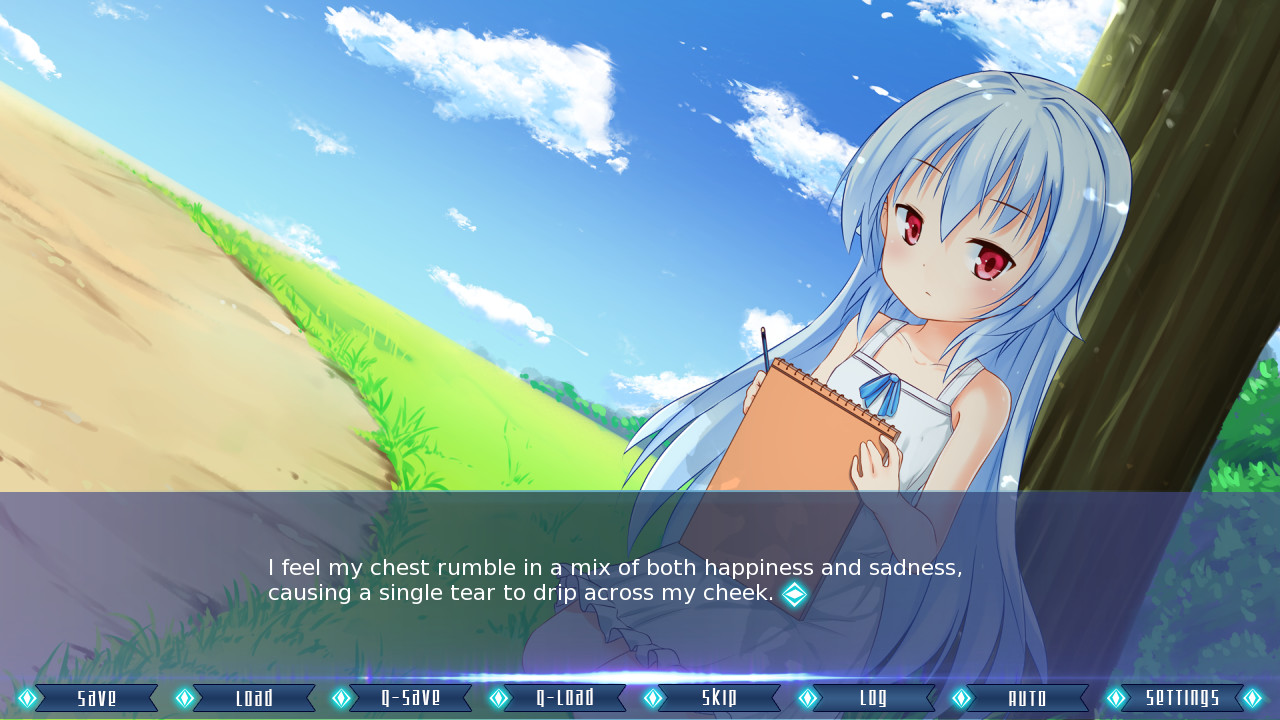 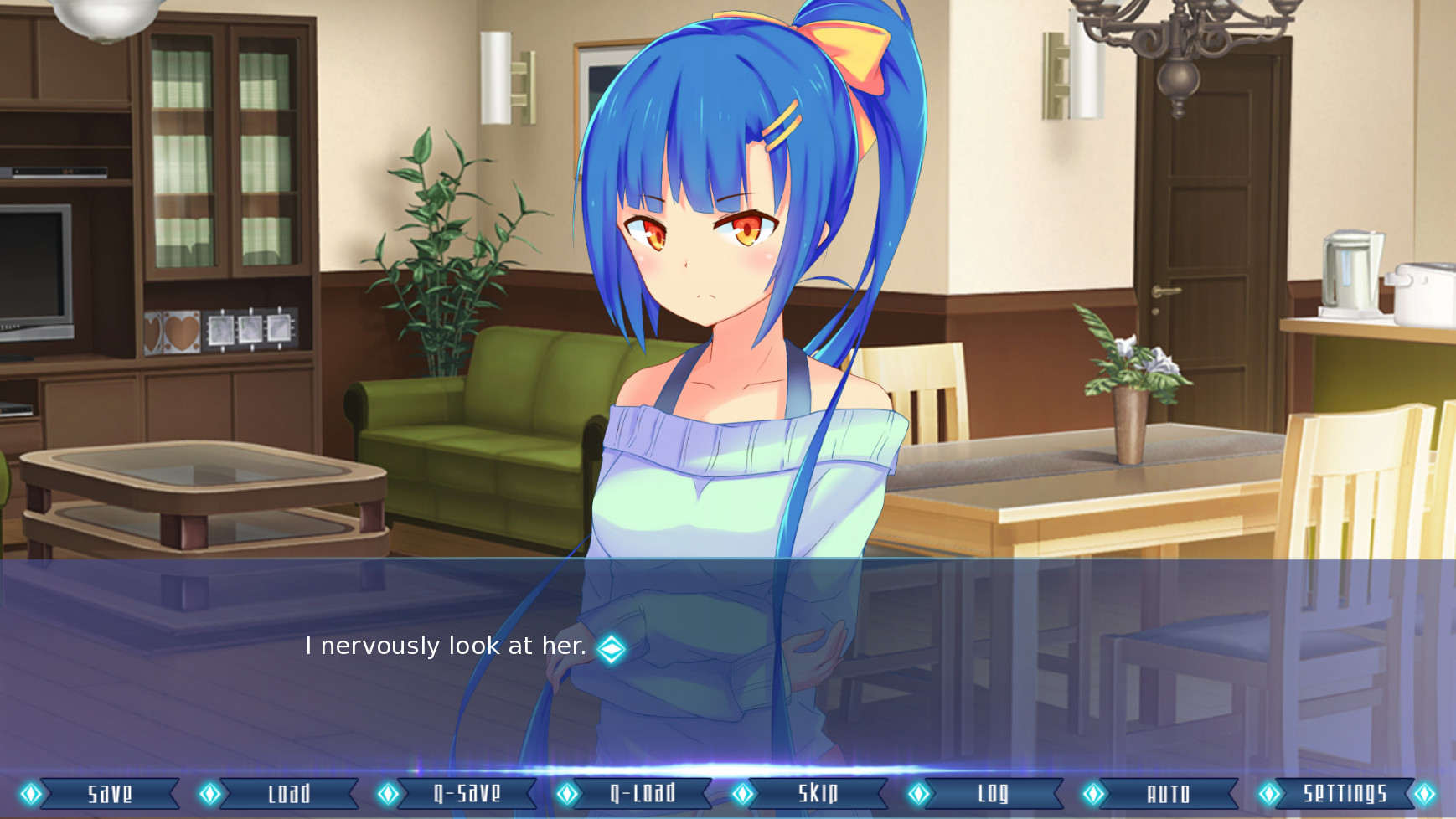 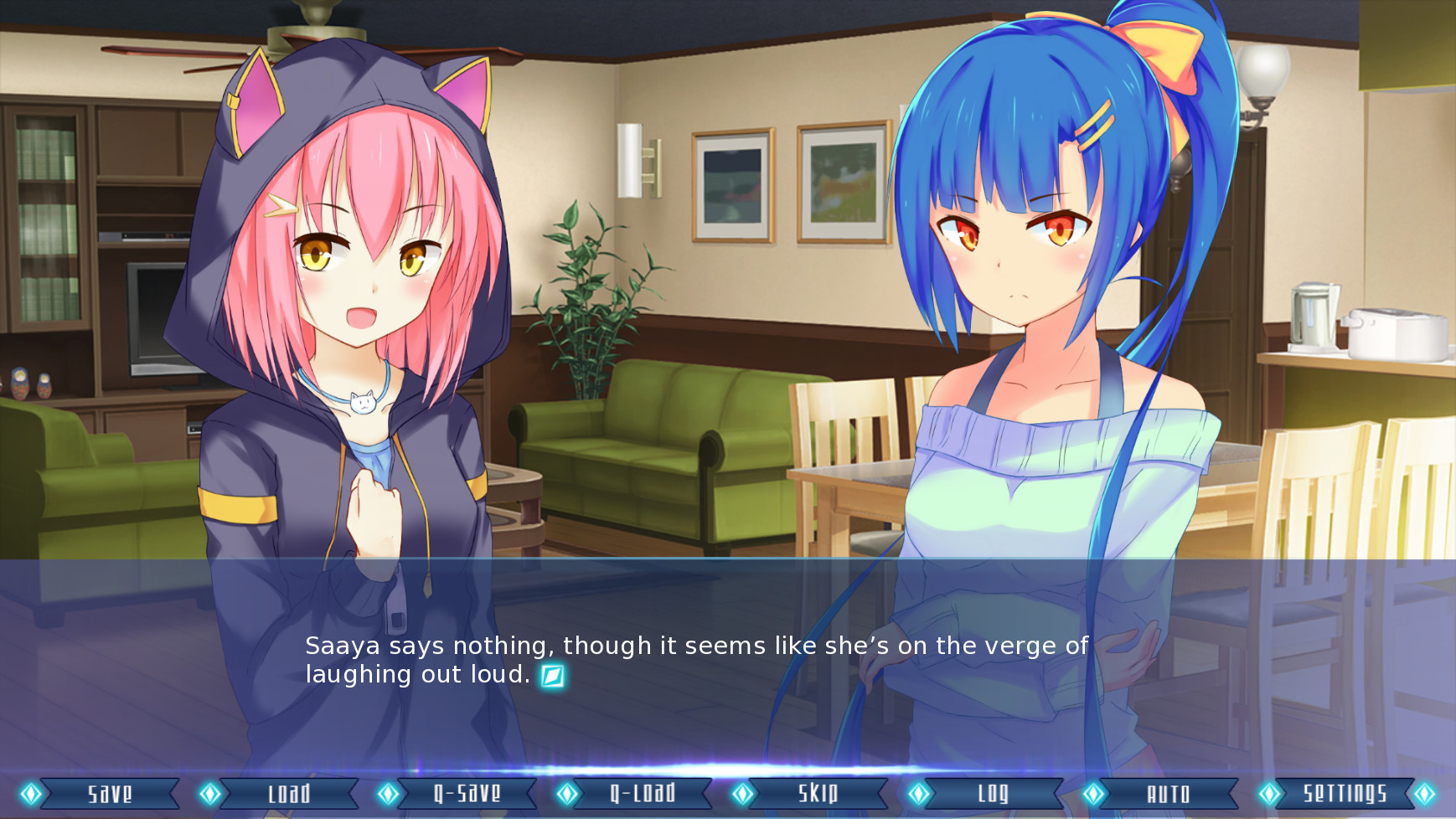 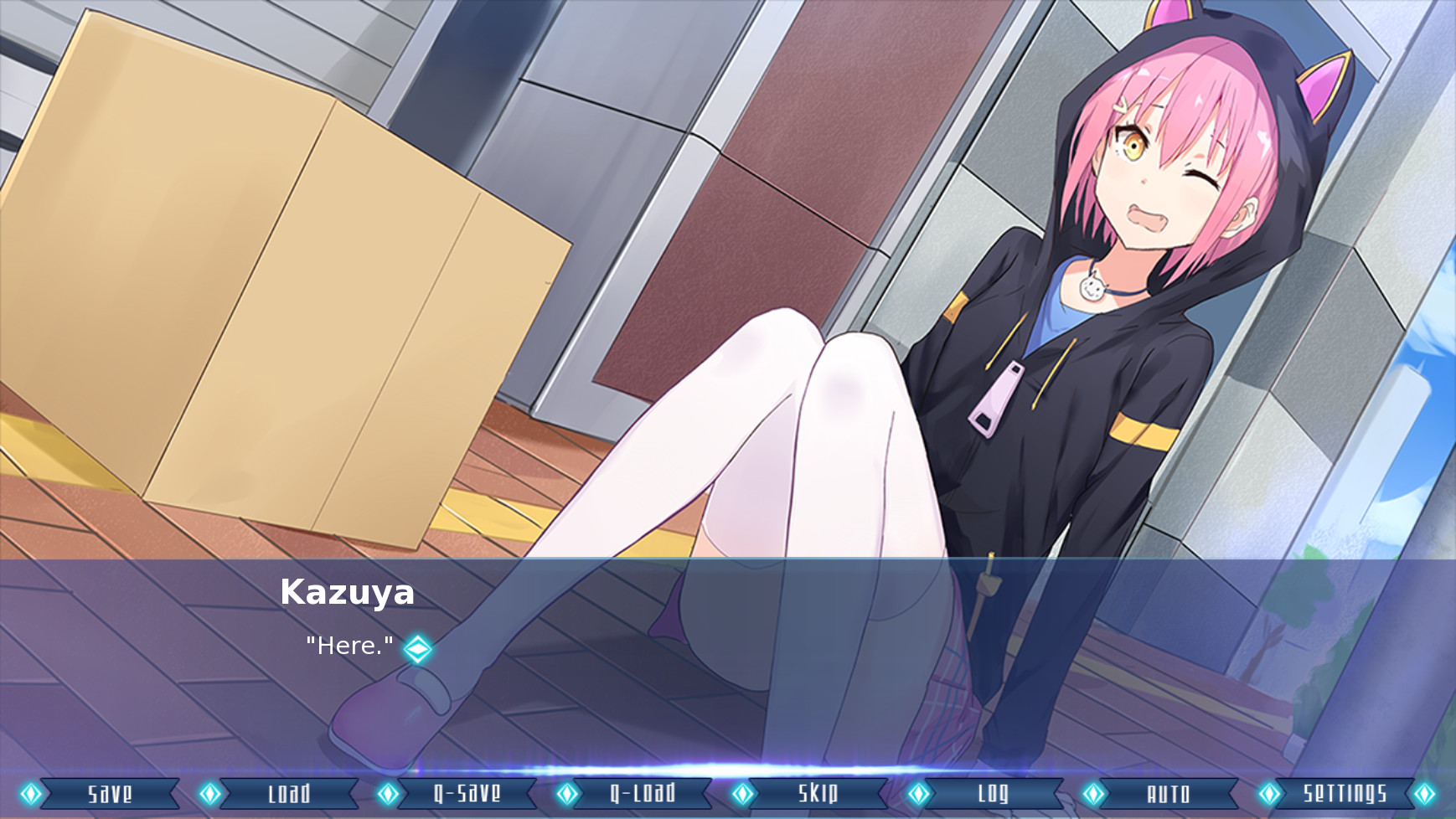 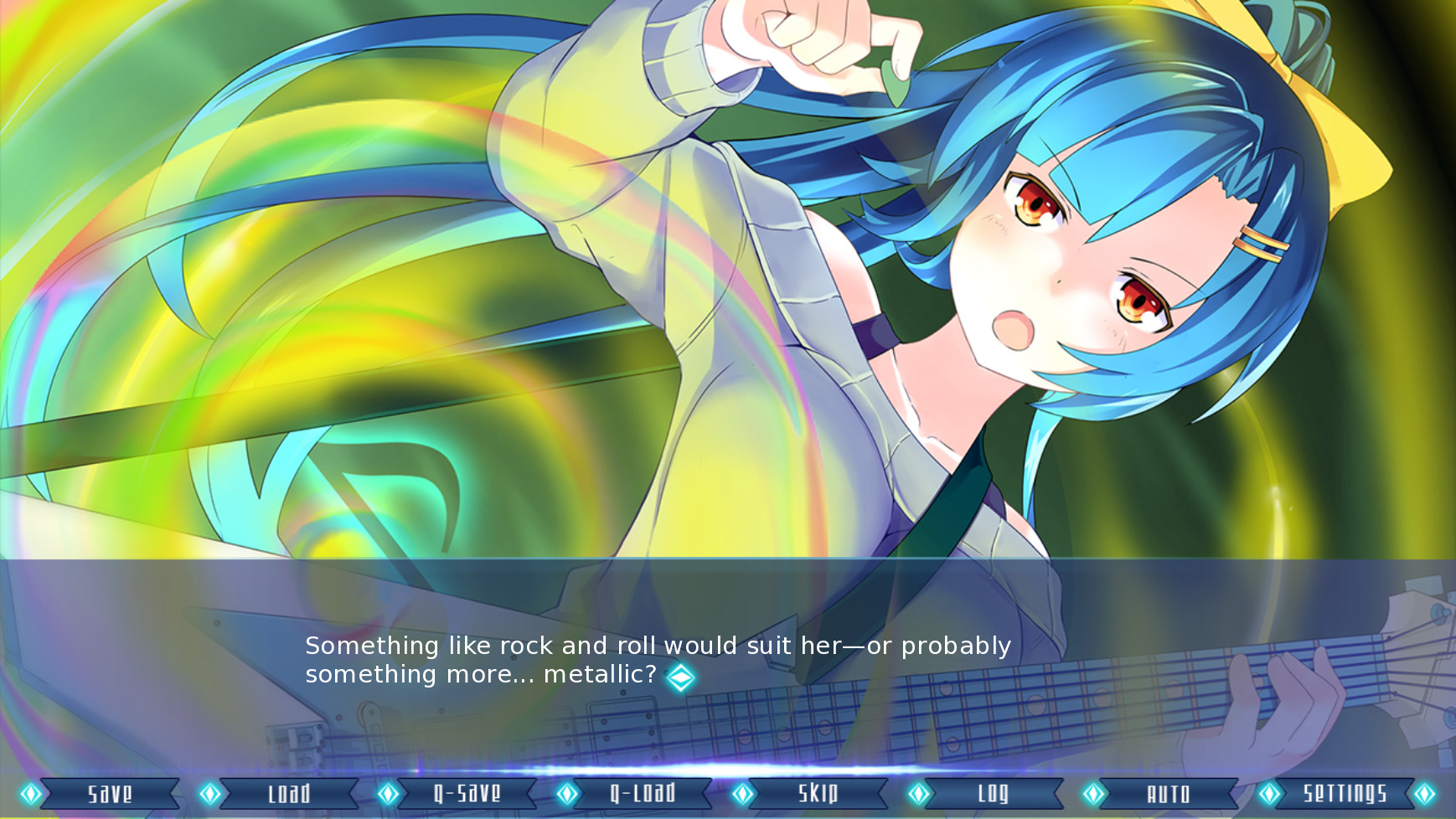 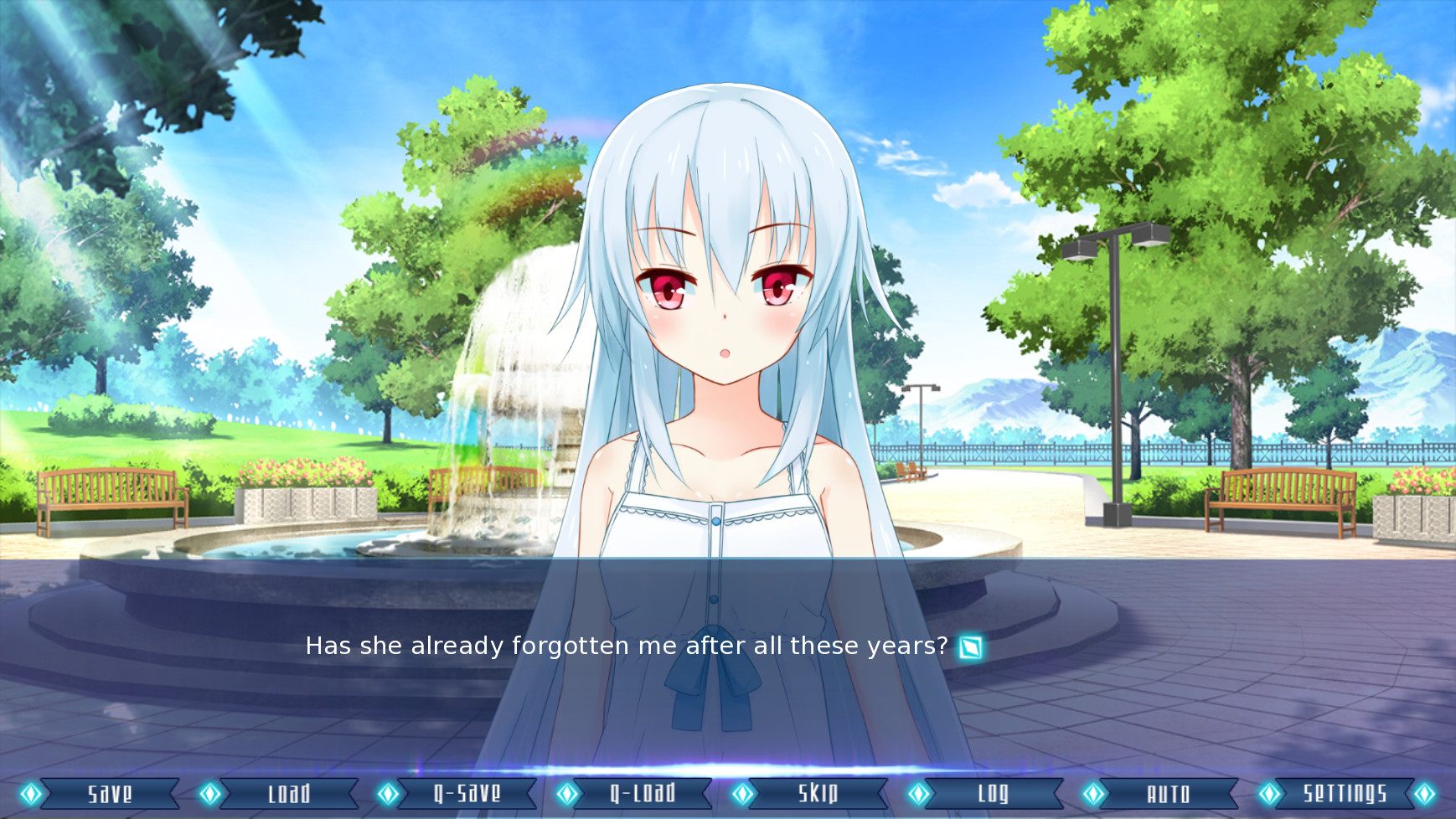 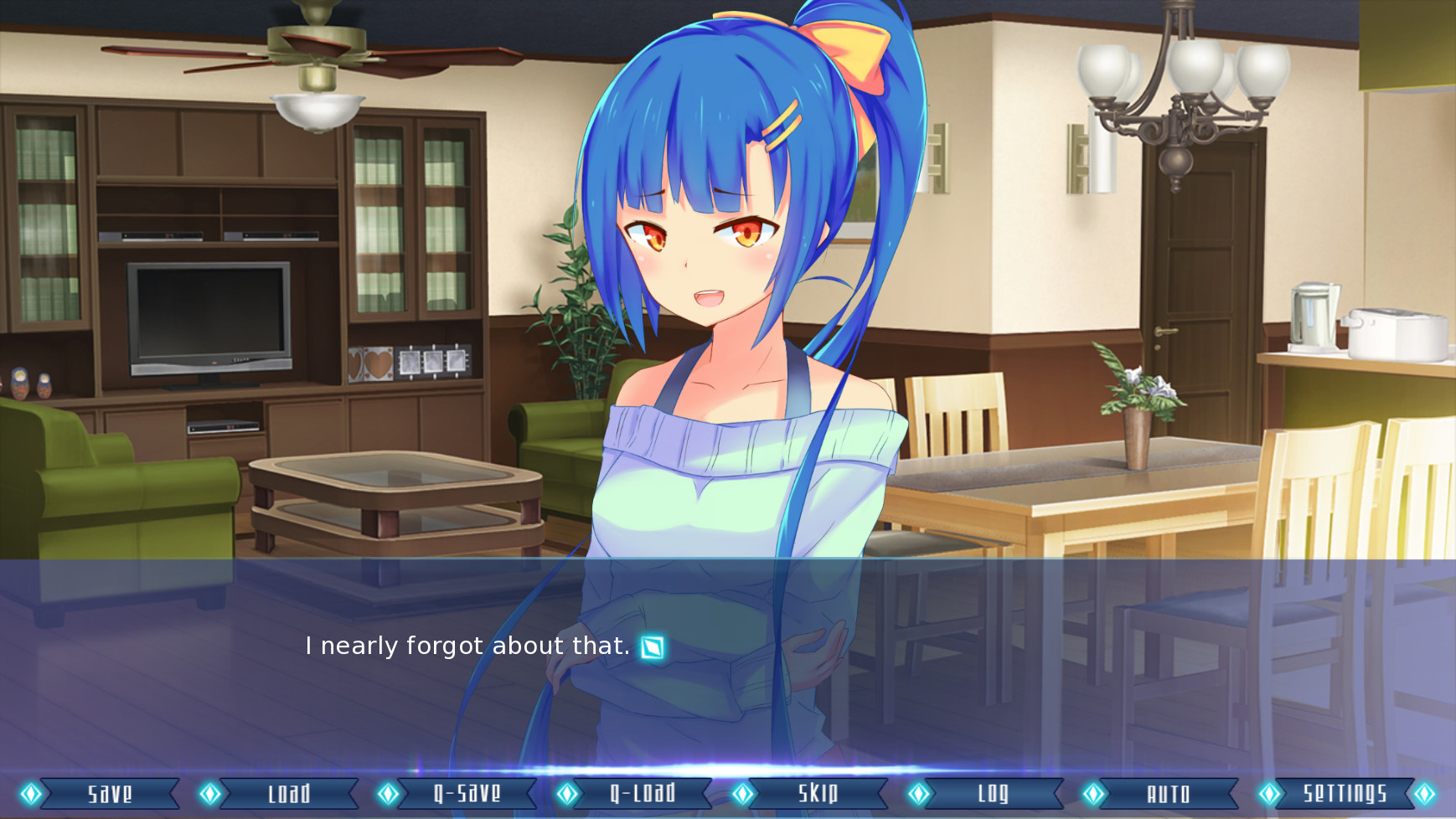 La MÃ©moire is a futuristic visual novel about longing and the struggle to bring back lost memories, set in a future where humans live alongside androids.

The story takes place in the near future, where scientists and innovators have created near-perfect androids to help humans with their daily necessities. At first, they were only produced to help people in their homes, but then slowly began to penetrate the industrial sector as workers. Soon, they were replacing humans. Many were satisfied, but many were not. People began protesting against the use of androids in the industrial sector, resulting in a destructive revolt against androids by humans.

This led to severe damage in the industrial market. For the first time in widespread human history, human rights won over deeply corrupt leaders and governments, as there was nothing those in power could do to suppress the protests of the people, who had nothing to lose from the androids having taken their livelihood.
Today, androids are limited to performing housework or helping elderly people, focusing only on serving humans. Even though laws were passed prohibiting the use of androids beyond certain situations, there remains a black market for people who attempt to use broken androids for activities like manufacturing weapons, illegal dealings, and other shady activities. Thus, the world still is not truly at peace.

After Inazuma Kazuya lost his mother for unknown reasons, his father, a renowned scientist, took Kazuya to another city. But before Kazuya left, he promised to play with his friend Kotobuki Risu for the last time, only to find her killed in a car accident right in front of his eyes. Losing both his mother and his friend brought Kazuya trauma, which he blamed himself for.
Years passed, and Kazuya decided to move back to Ringo City and enroll in a private high school, Kiyoku High School. He determined that he was going to find peace for himself at last, thinking that he couldnâ™t live with such guilt forever. He lives in a mixed dorm with his new friends: Asami Mao, an energetic yet caring girl; and a mysterious girl with a penchant for music, Kamome Saaya.

For a time, Kazuyaâ™s life went smoothly. Slowly but surely, he began to come to terms with all that had happened in his past and started to make peace with himself. But things turn upside down suddenly when Kazuya sees his once dead childhood friend. His hand suddenly shivers and his face turns white. All the memories about his childhood friend, accompanied by the guilt, sweep over him like a torrent in a deep sea. Kazuya then approaches the girl and abruptly asks her about everything he can. Much to Kazuyaâ™s surprise, the girl doesnâ™t seem to know him. She only introduces herself as Kotobuki Risu. Her voice, her crimson-red eyes, her gesture, and everything else is just the same. Kazuya is positive that she is Risu herself. But why doesnâ™t she remember him? 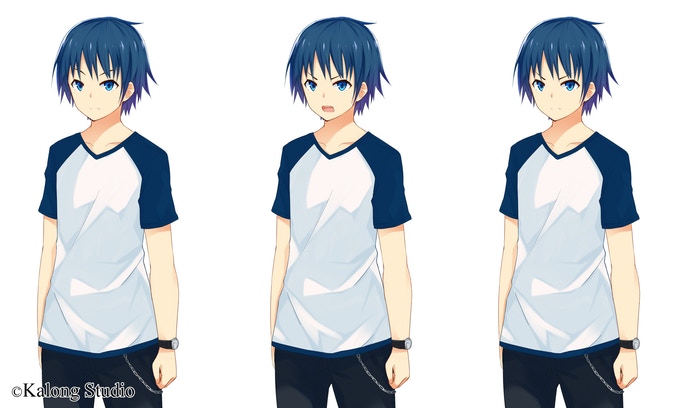 An infamous transfer student known for his cool, composed, yet kind attitude. Everyone also knows him as someone who is ânot so good academically, but godly in physical activitiesâ™; something proven his participation in many sports clubs, which to this day beg him to join them or be a temporary member of their tournaments. Despite his childhood traumas, he returned to Ringo City to make peace with himself and his past, not knowing heâ™d meet his supposedly dead childhood friend, Risu, once more. 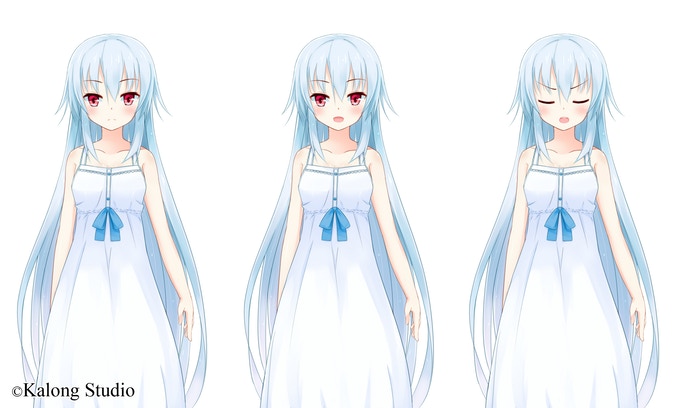 The supposedly once-dead childhood friend of Kazuya. She was turned into an android by her father because her father still wanted to see her smile, even in death. She lost all of her emotions and memories in the process, leaving her but an empty vessel of a âlivingâ™ android. She may appear precious and fragile, but under her cute and doll-like appearance, she is actually the strongest android in existence. 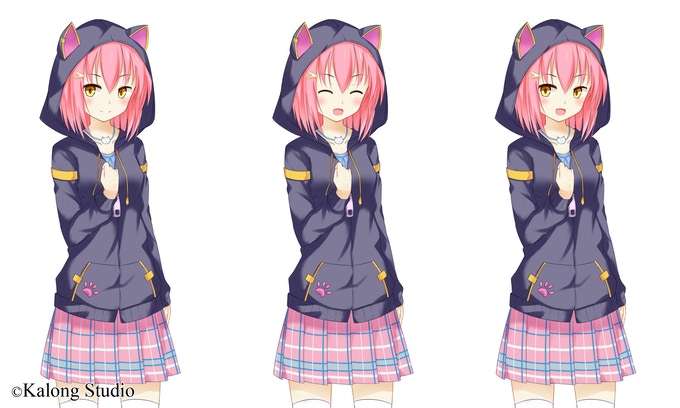 Her smile is her best quality, and itâ™s something that everyone in Kiyoku High School can tell you. Rumor has it she can melt even the coldest heart, Asami Mao. Besides her cheerful, caring, and energetic nature, she has an abundant love for felines. She is also a good engineerâshe has a penchant for building cute feline robots. How perfect can she be? None would seem to doubt her perfection; that is, unless they happen to know about the hollowness of it all. Her encounters with Kazuya changes her little by little, as she gradually feels that Kazuya has the same pain as she does. 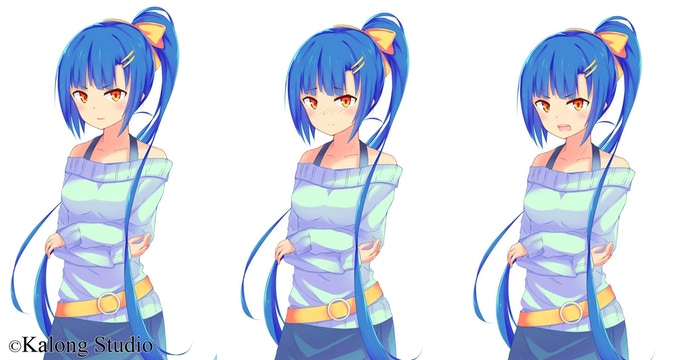 A mysterious elegant girl who barely talks and has a sharp gaze. Because of her dark stare, people often mistake her for being angry. She often got into problems because of this, mainly with upperclassmen. She dreams of becoming a great musician just like her mother once was. However, she struggles with this dream because of her own traumas. 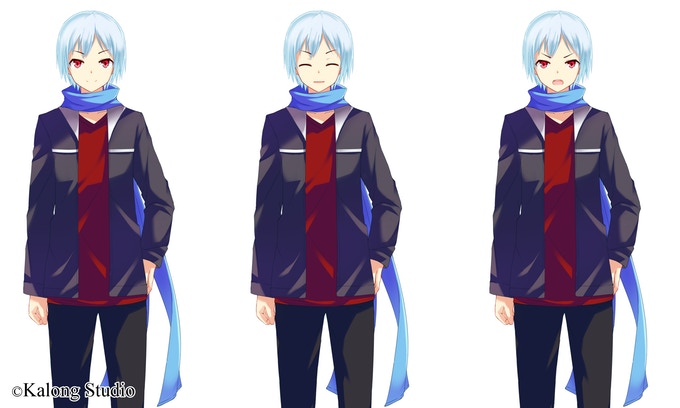 A newly transferred student who takes the entire school by storm. He immediately overthrows Kazuyaâ™s position as the most influential and popular student in school. Compared to Kazuya, Ryuu can seemingly do anything slightly better, and even more, he’s not a dimwit like Kazuya, and he is arguably more charming.
Kazuya isnâ™t bothered by Ryuuâ™s existence however, or so he tells himself. Yet, Ryuu claims to be Risu’s older problem, something Kazuya can’t accept - not just because of him knowing her so well, but because he can’t remember her even having siblings in the first place. Ryuu seems to know everything about Risu however, and has decided to help Risu regain all her memories together with Kazuya - but what is his real plan?
İlan Ekle! İlanlarım
İlan Ekle İlanlarım
Durum
Resim
Adı
Açıklama
Yorumlar
Teslim Saati
Stok
Miktar
Fiyat