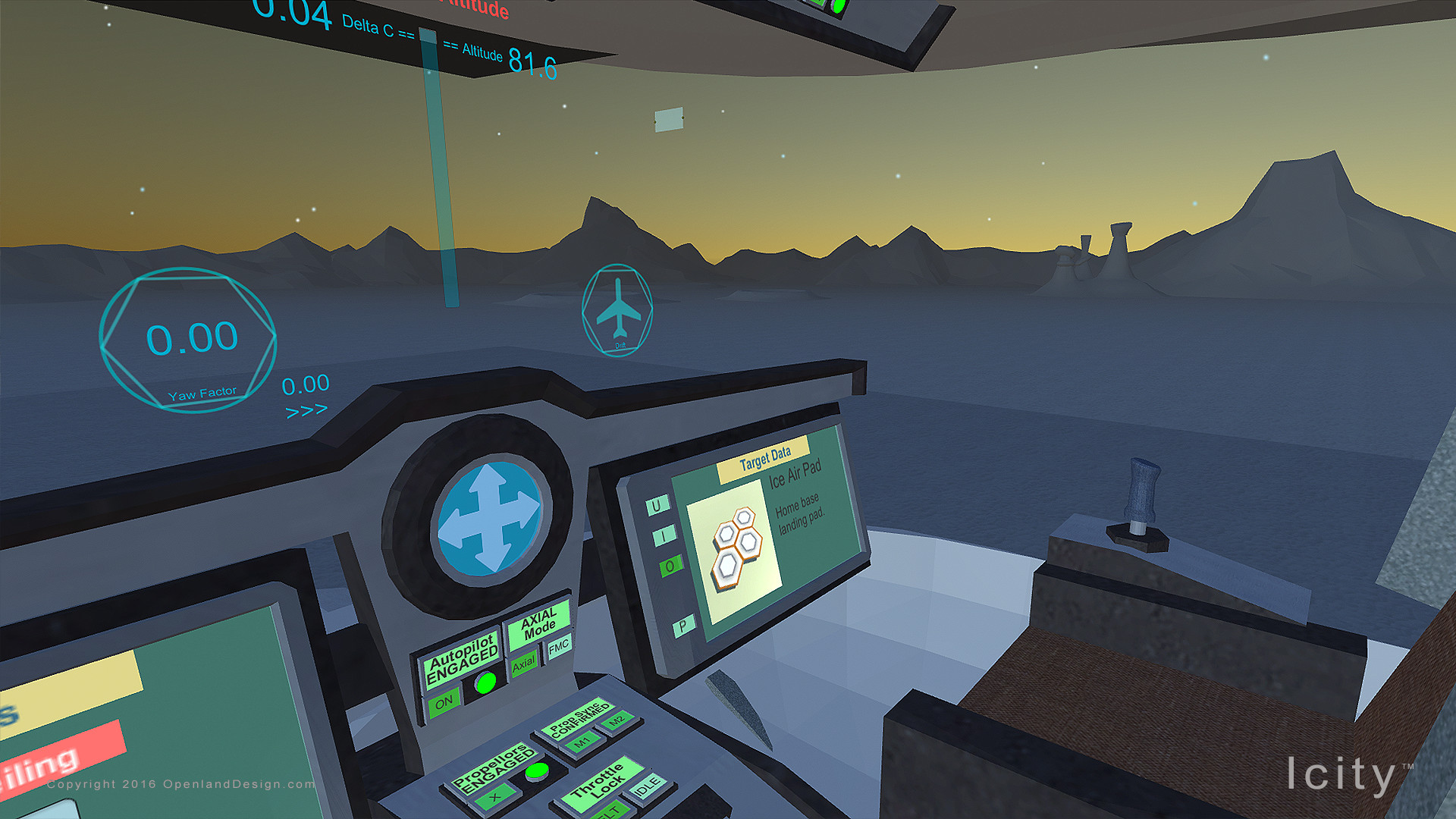 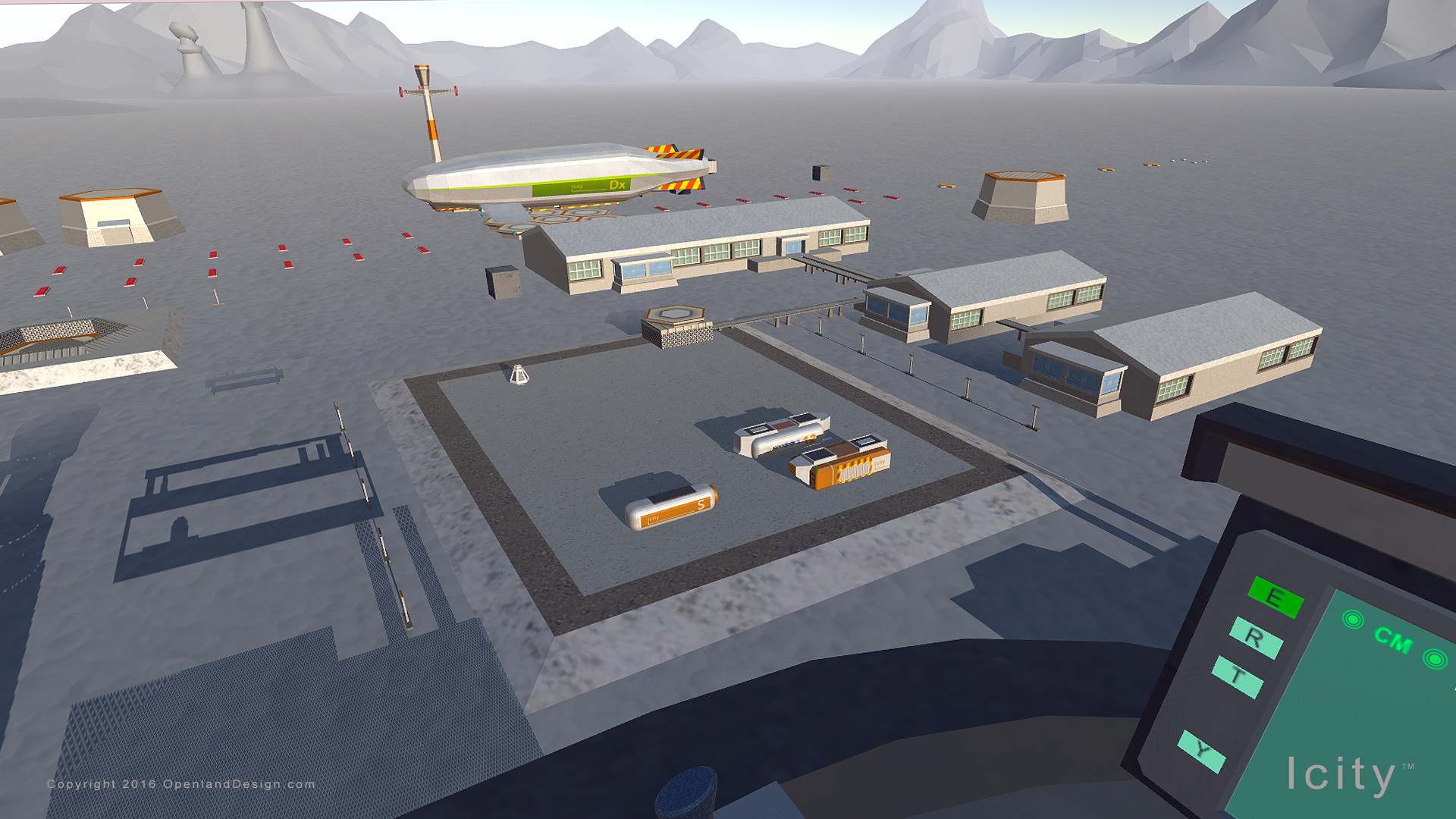 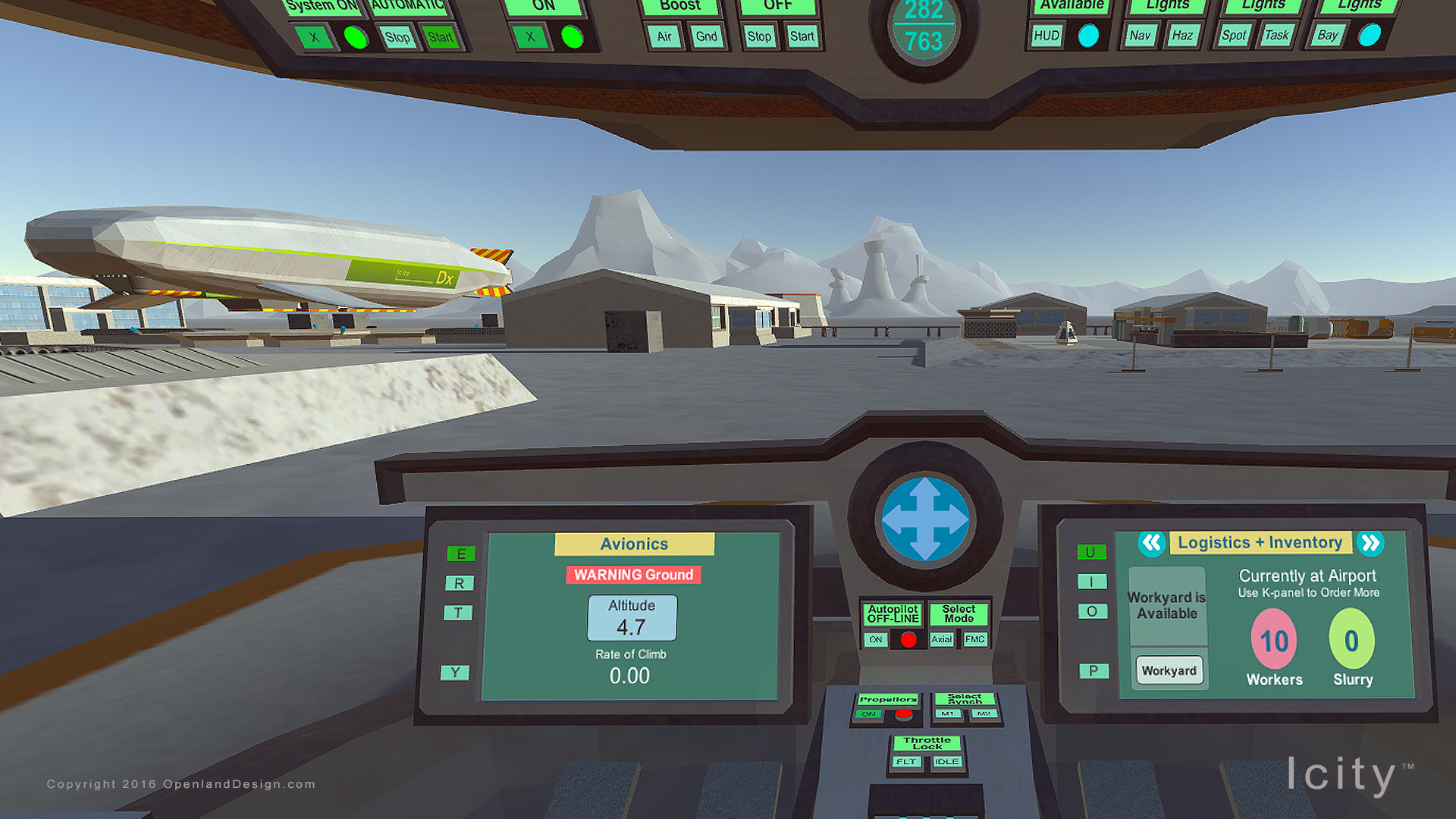 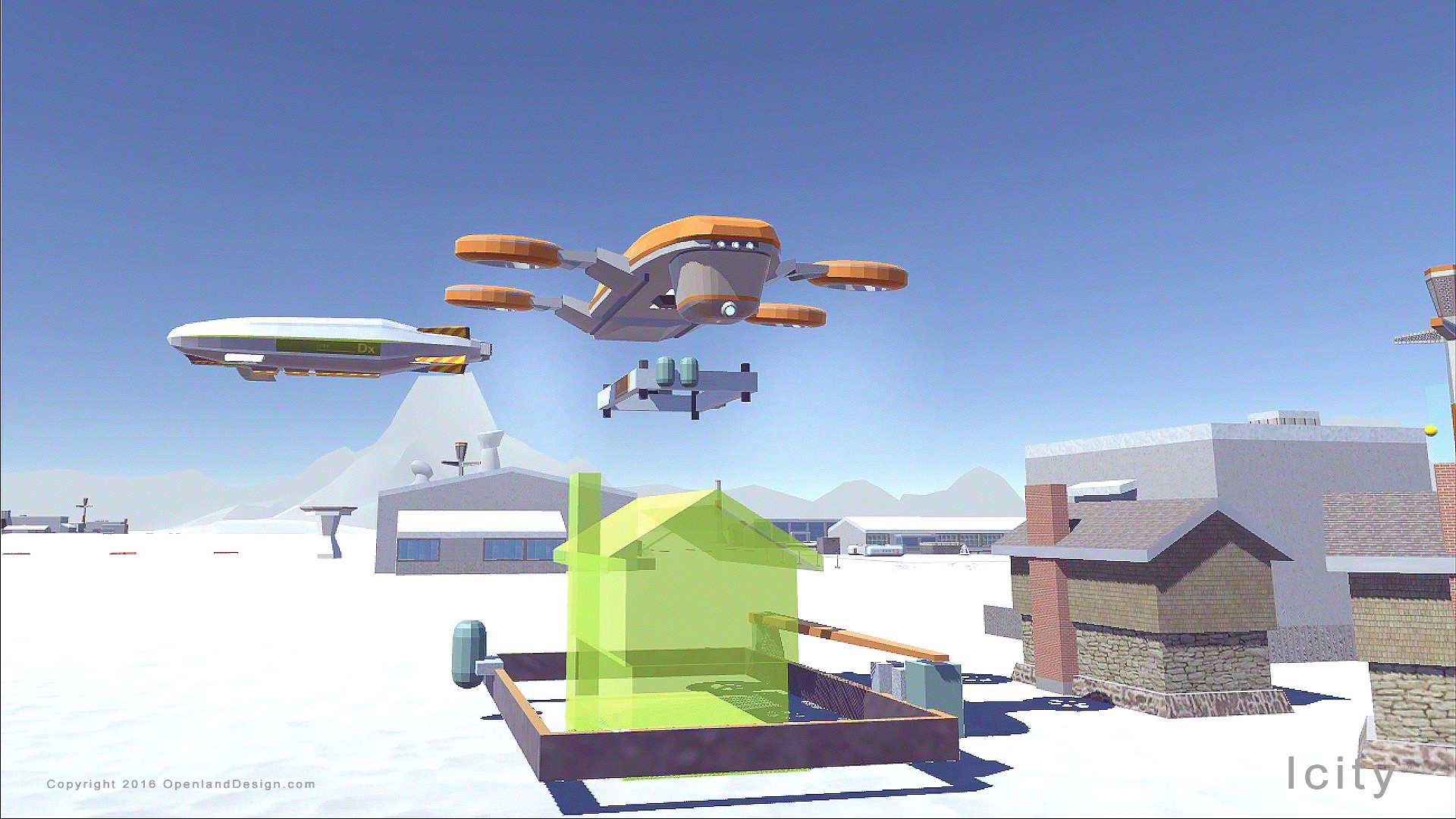 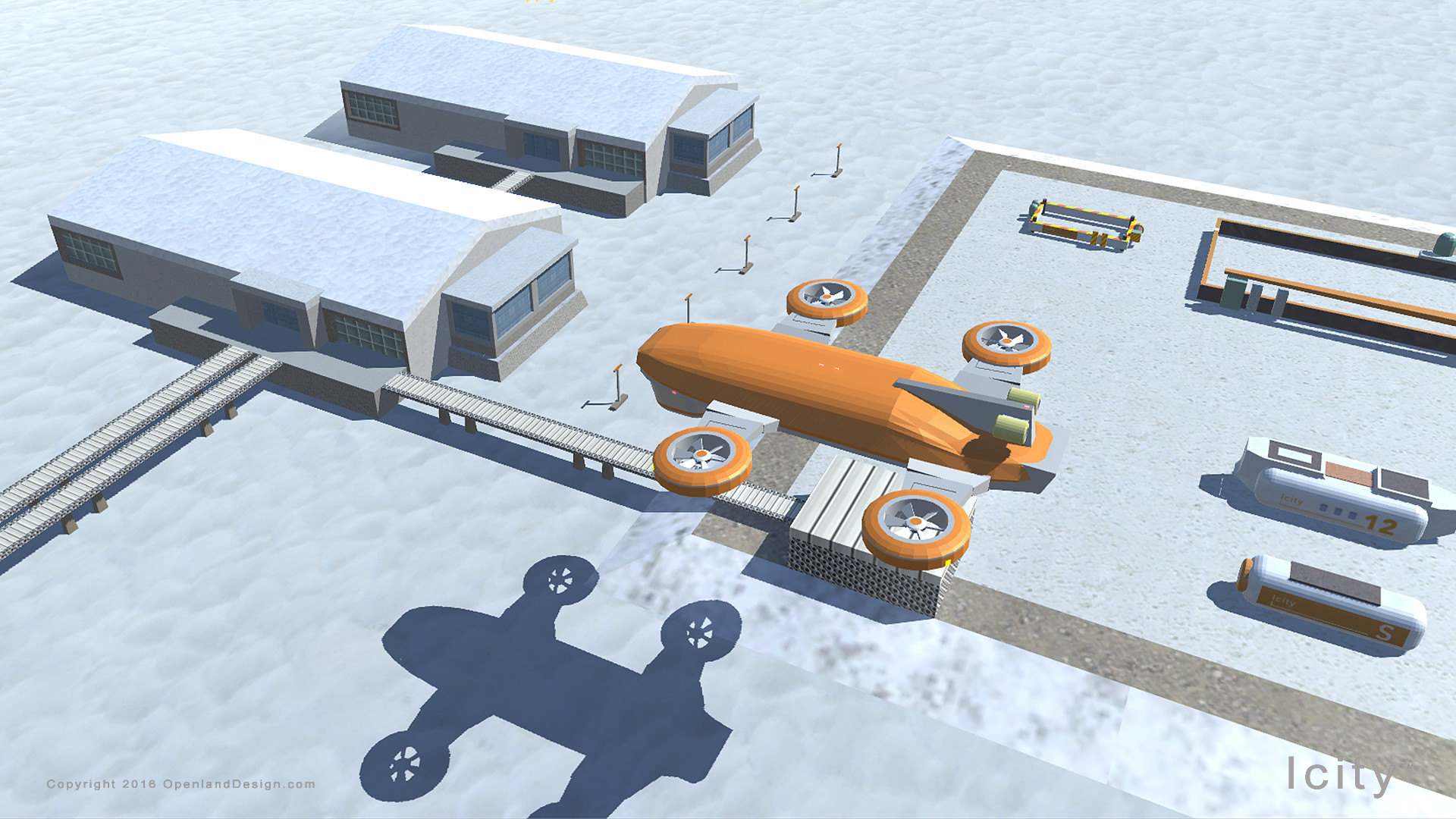 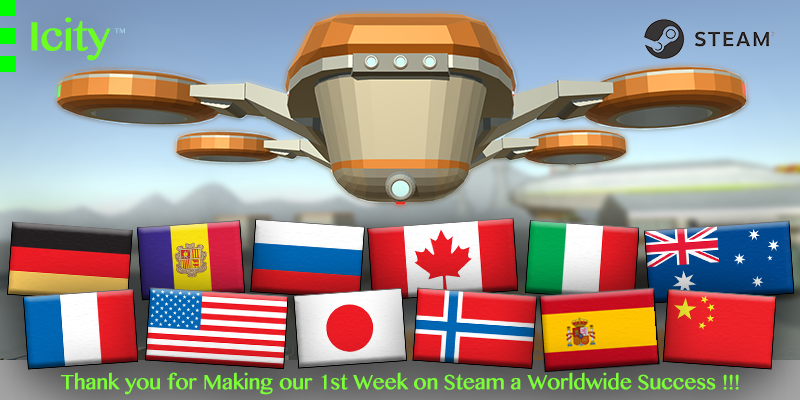 Thank you Everyone for making our 1st week on the Steam Store a Worldwide success! 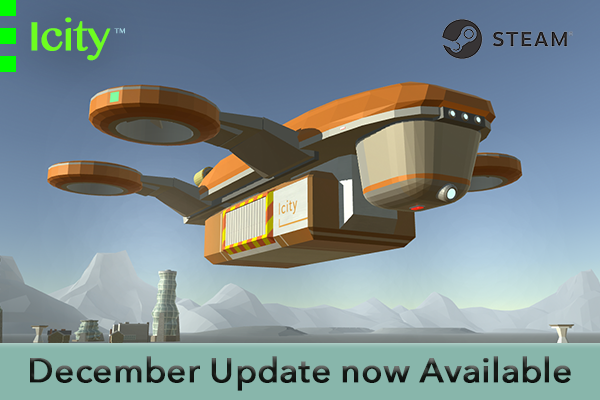 Icity is a flight sim â¦ and a city builder, and we have good news! Our first game update is now available, and is based on the great feedback that weâ™re receiving via our website, social media, and the Icity Community Hub on Steam. There are many improvements and new features for flying and city building, including:

And perhaps most important of all â¦ the pilot seats now have adjustable armrests and cup-holders! Building a city can be hard work, even while sitting in the BA3â™s comfortable pilot seats (and the cupholders were a popular request).

Weâ™re also getting ready to introduce multiple building styles, and have included an early look at the upgraded Building Printer controls to try out ahead of time, along with a new House style.

A nice slideshow on the Main Menu presents more updates. Thank you everyone for your feedback and suggestions! 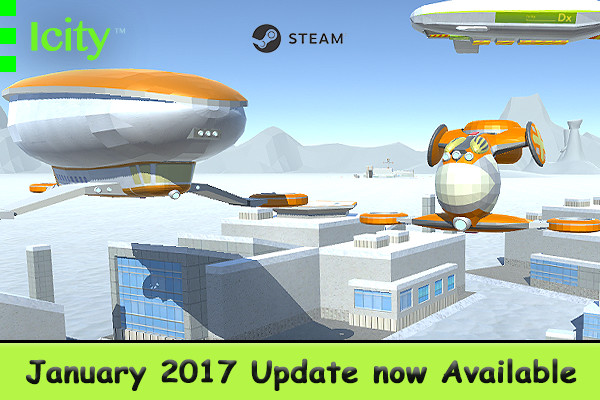 Happy New Year from everyone at Icity - a flight sim â¦ and a city builder. The January 2017 update is now available with some big changes ... new aircraft and new buildings!!! Pilots can now try out the zippy little Firefly Mark.I and the larger Dirigible Mark.I, two new aircraft which can be accessed via the Game Options menu (while in-game, type ’G’ with the default keyboard layout). They share the BA3’s control layouts and startup procedures which means the Ice-City pilots are now cross-certified. Awesome.

So ... you’re a brand new pilot with dreams to take on the world? How about building one of your own? You’ve always thought that things would be much better if you were in charge - now here’s your chance! Icity is a flight sim ... and a city builder! And like nuts and gum, they’re together at last.

Your new job as the chief-pilot with the Icity Development Company means that you’re now in charge of a bold project to build a new city on the Alta Ice Cap. An exploration crew has just discovered a reservoir of Di-Hydro-Oxygen crystals that could be very profitable if an efficient mining operation can be established. The company is willing to set up a base camp to try out a test mine, and if everything looks good ... well, the sky’s the limit.

Why do you get to be the chief pilot? Because Alta is located high on a frozen ice sheet, thousands of miles from the nearest outpost, and no one else wanted the job. In fact, you’re the only pilot, and until you help build something there, the company won’t be sending any help.

Fly specially-designed aircraft to explore and build your own ice city of the future. Transport workers, deliver supplies, and collect the spoils of the crystal mines to help your city grow ... or just fly around and explore your new world. Icity puts the pilot in charge of everything.

This is your time to shine and show the world! Can you found a profitable mining camp and grow it into a city? Perhaps you might build an empire of your very own!