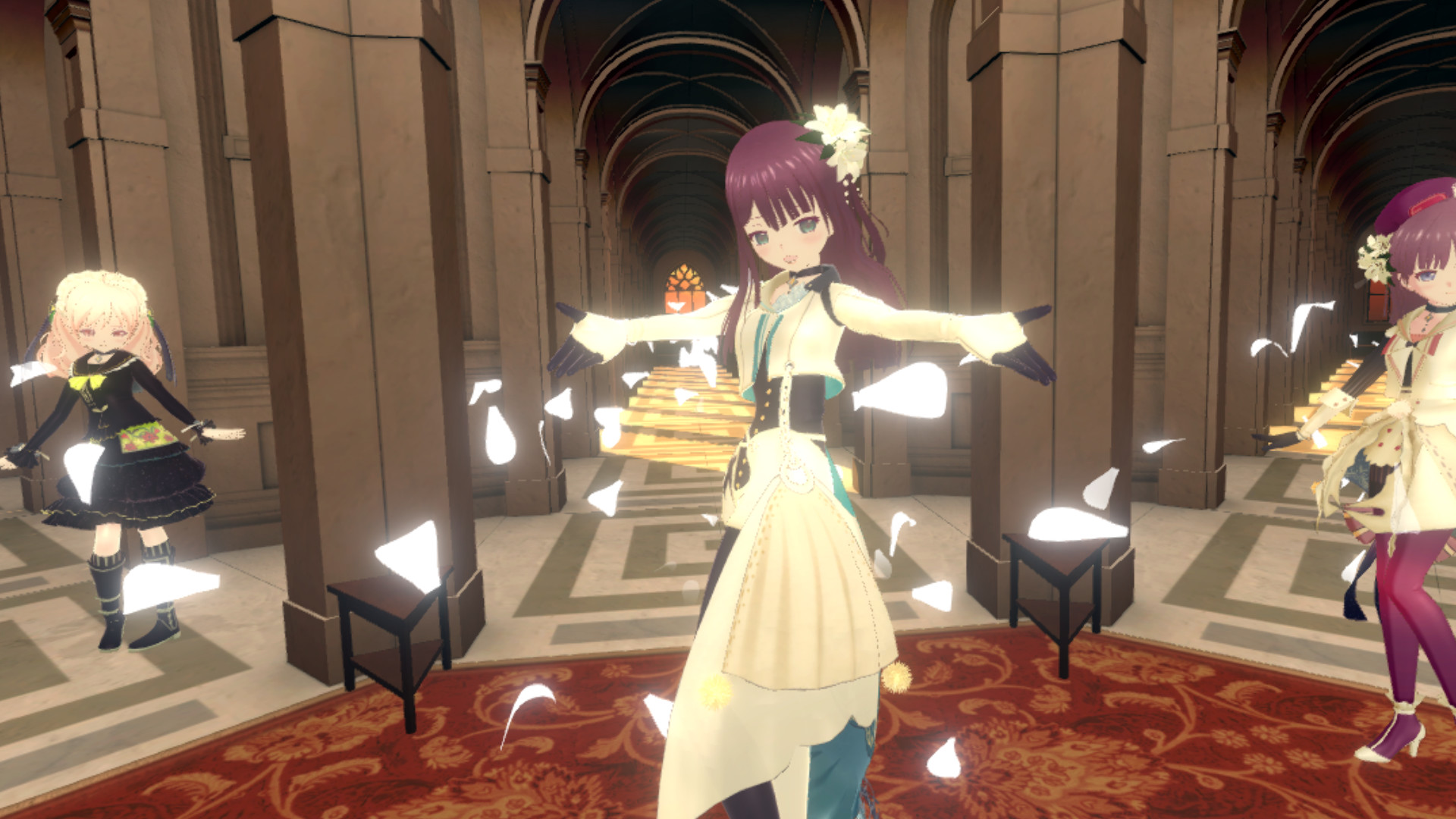 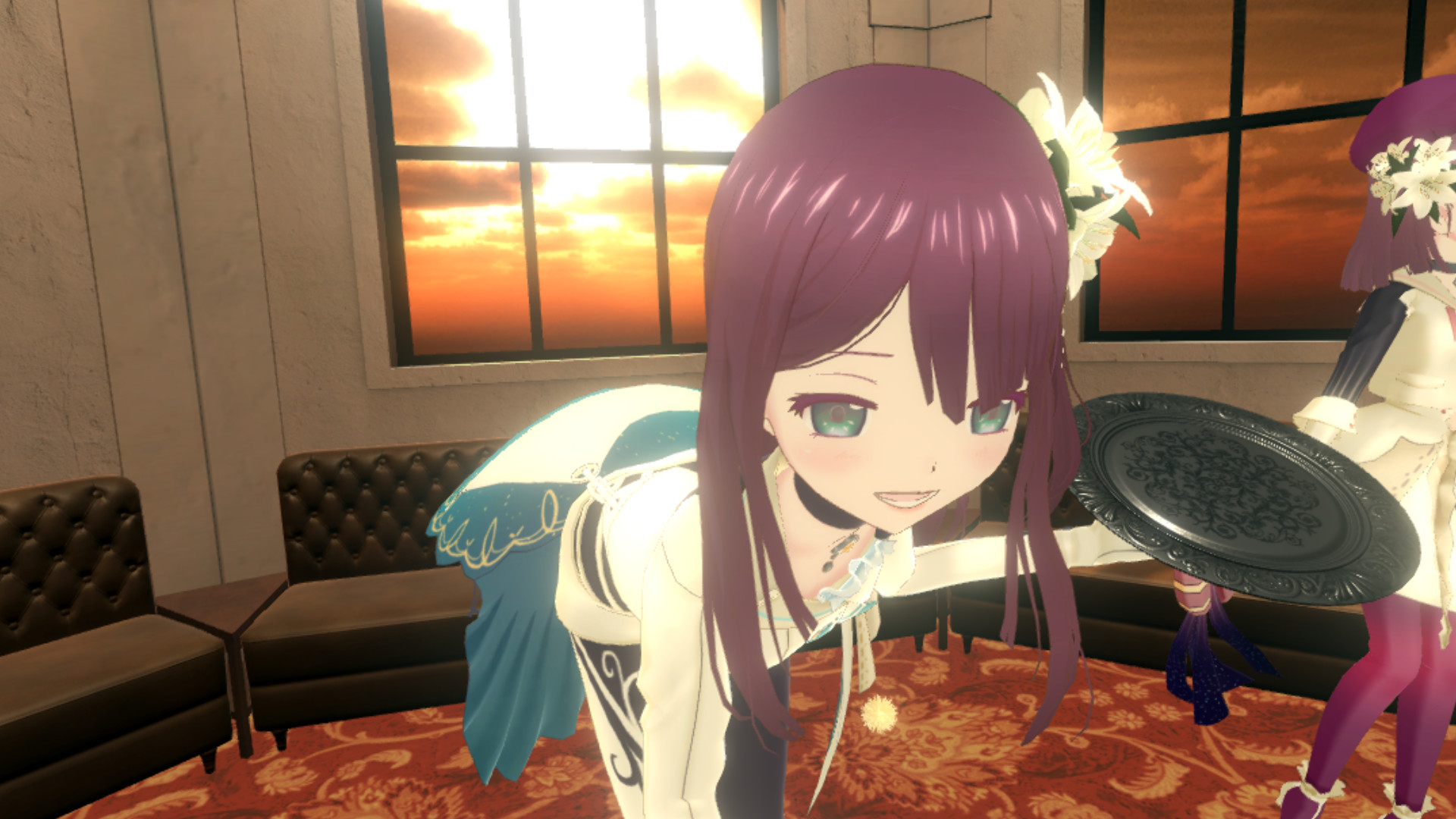 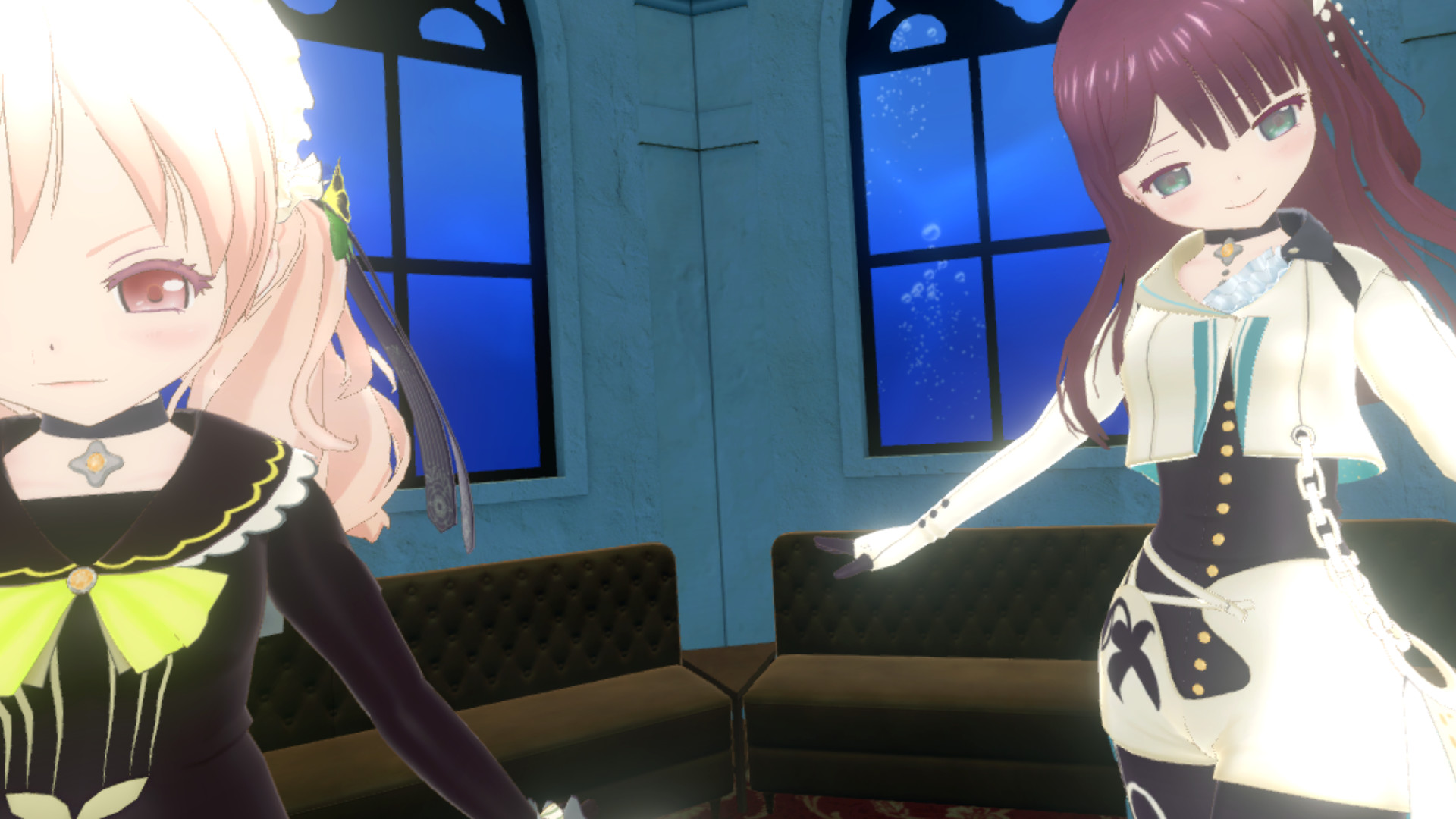 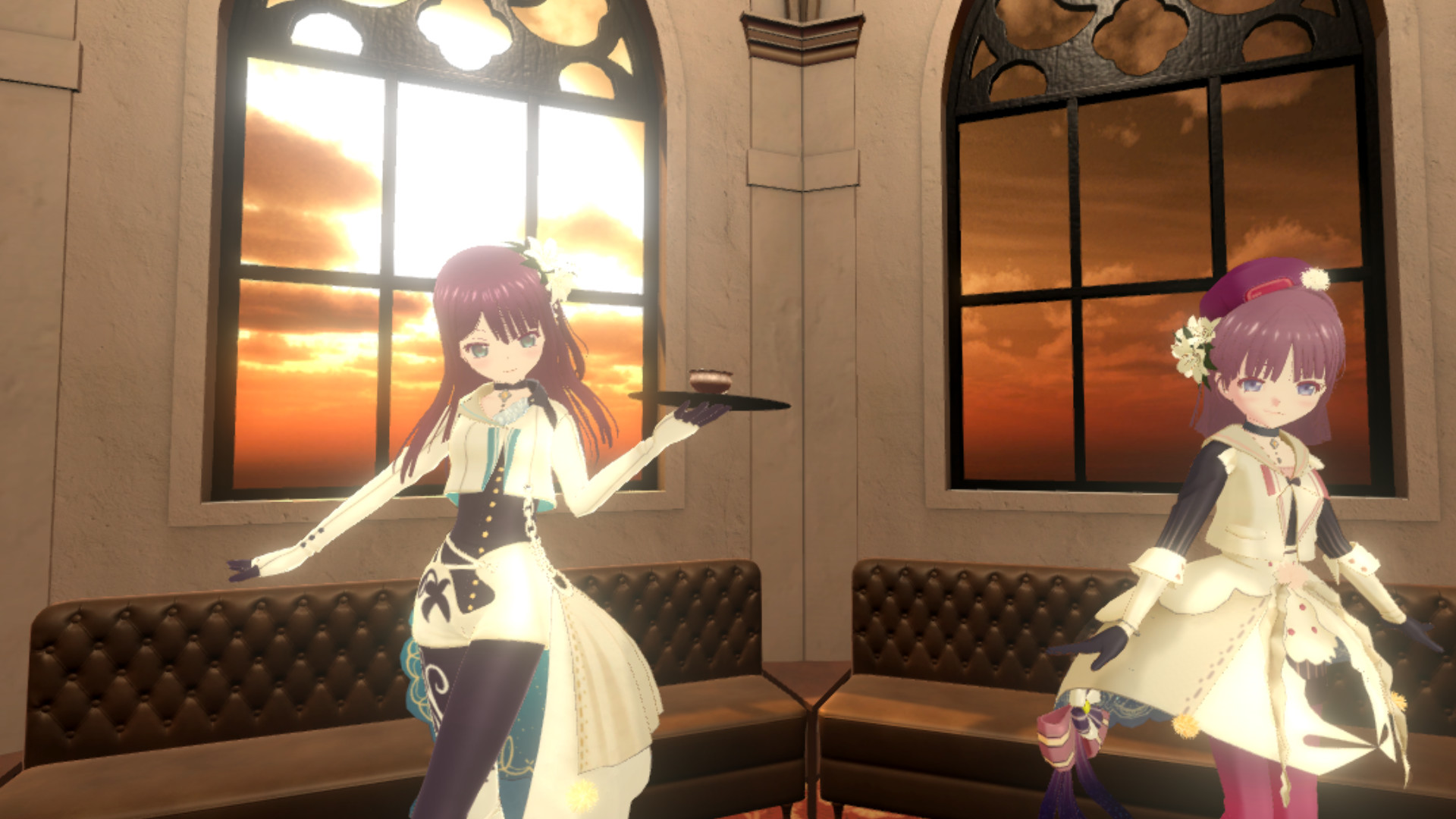 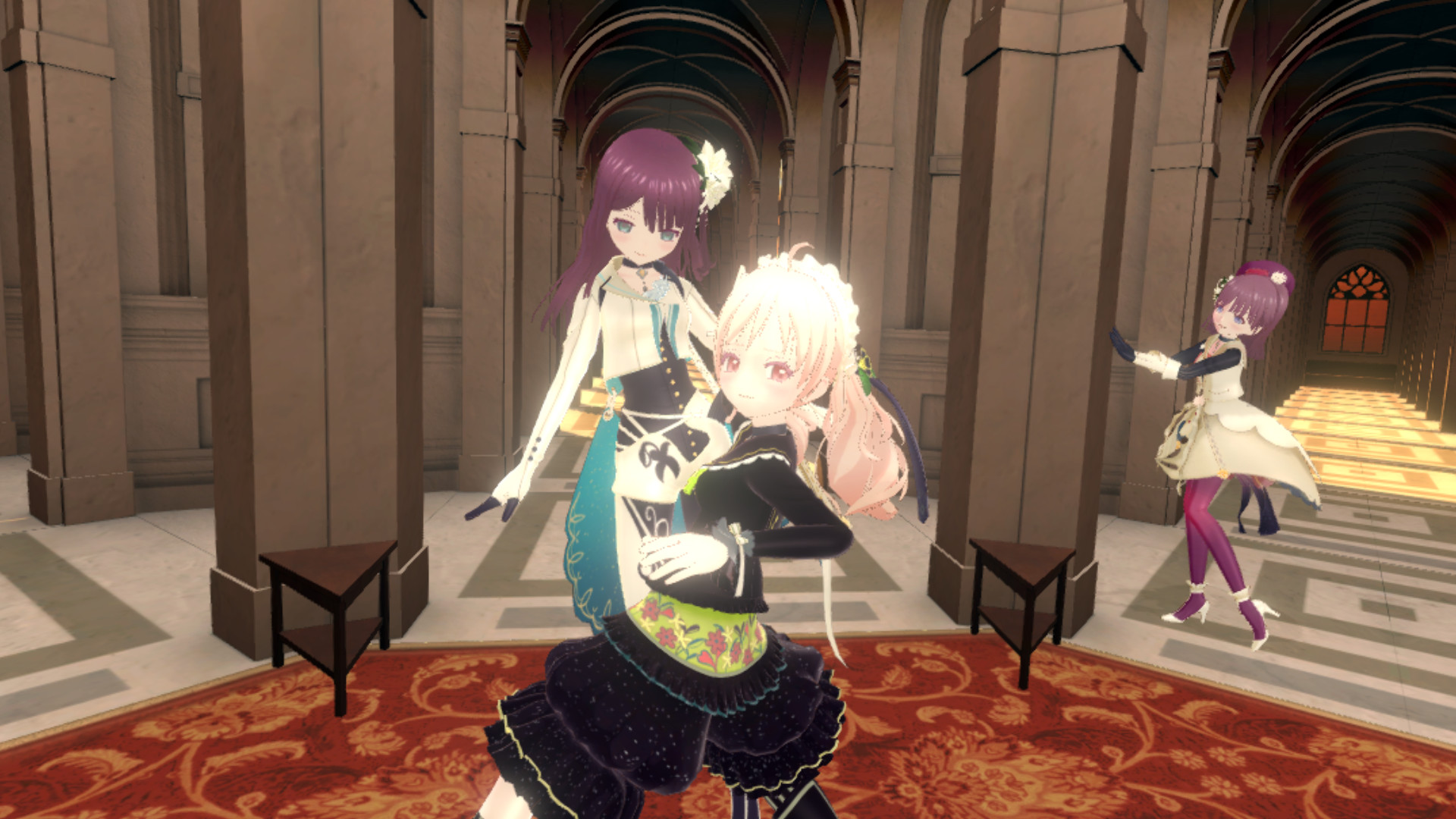 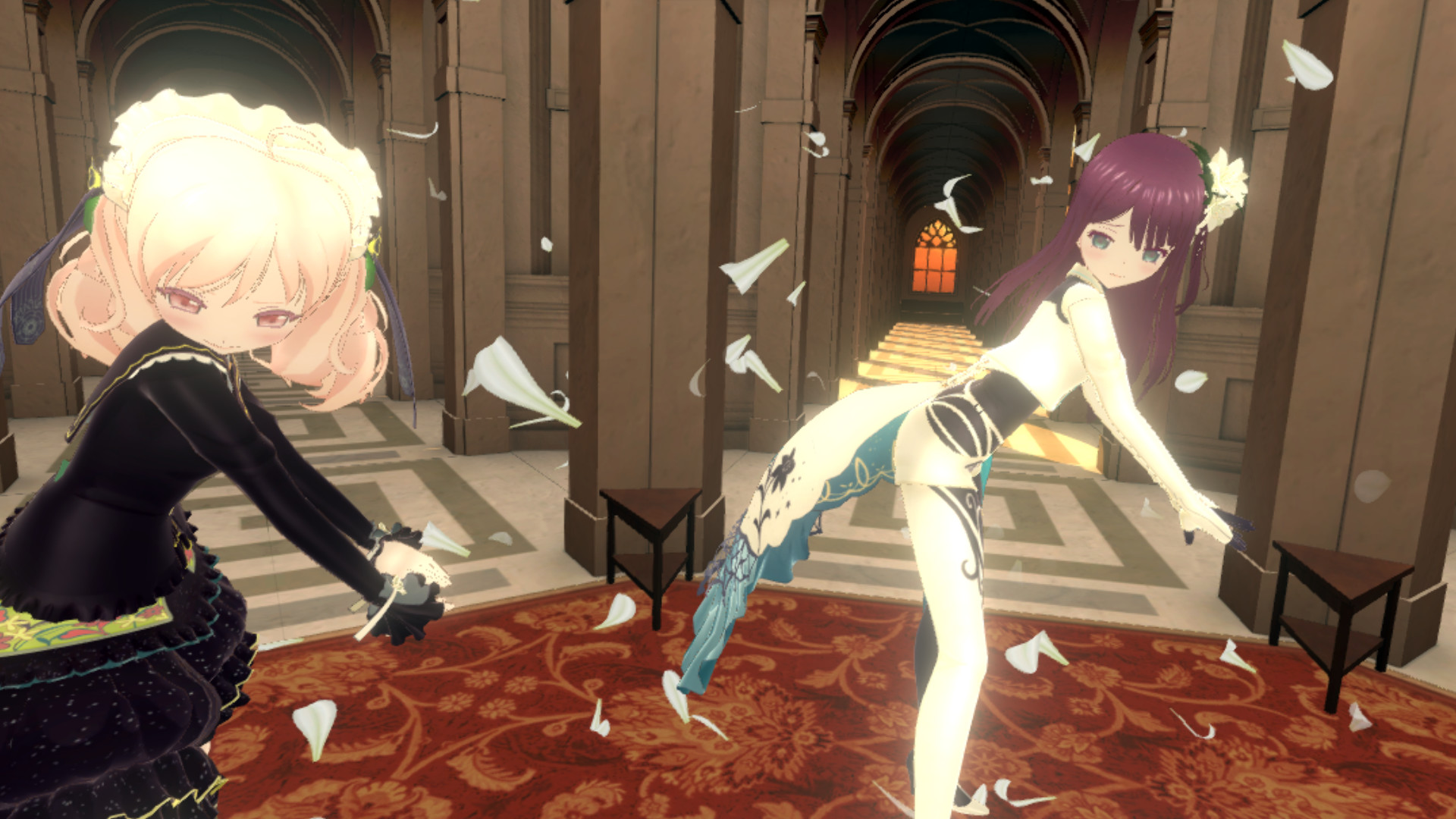 Another VIP pass to a show by Japan’s newest idol group, Hop Step Sing!, is yours for the taking! Niina, Mikasa and Shikiri are back after their debut song, "Kisekiteki Shining! ("Miraculous Shining!")" with a second single: "kissÃkissÃkiss"! Join the girls and take in the sights of a magical castle as they sing and dance to a melodius love song.
Note: This content is not a game.

About Hop Step Sing!
"I want to sing forever! I’ll become an idol!"
Niina Nijikawa, whose practice at Karaoke paid off and she actually became a real idol.
Mikasa Minowa, whose need for adulation means she’s continually uploading videos and hosting live streams.
Shikiri Shishiba, who decides the pair needs someone to look after them.
These three young girls form Hop Step Sing! and this is their first single, now available in VR!

Behind the Scenes
Kodansha have gathered some of the best creative talents in anime, CG and music for Hop Step Sing!’s first foray into the world of J-Pop.
Character and set designer, tanu, is an up-and-coming illustrator with several anime and manga to his credit (Tari Tari and Flip Flappers, etc), with Polygon Pictures (Emmy Award winning Star Wars: The Clone Wars) faithfully recreating his designs in 3D. The musical side is handled by the prolific Yashikin (Is the Order a Rabbit?, High School Fleet amongst others) with production by Lantis (Love Live! series) and the vocal talents of Sashide Maria, Toribe Mariko and Hioka Natsumi.
İlan Ekle! İlanlarım
İlan Ekle İlanlarım
Durum
Resim
Adı
Açıklama
Yorumlar
Teslim Saati
Stok
Miktar
Fiyat