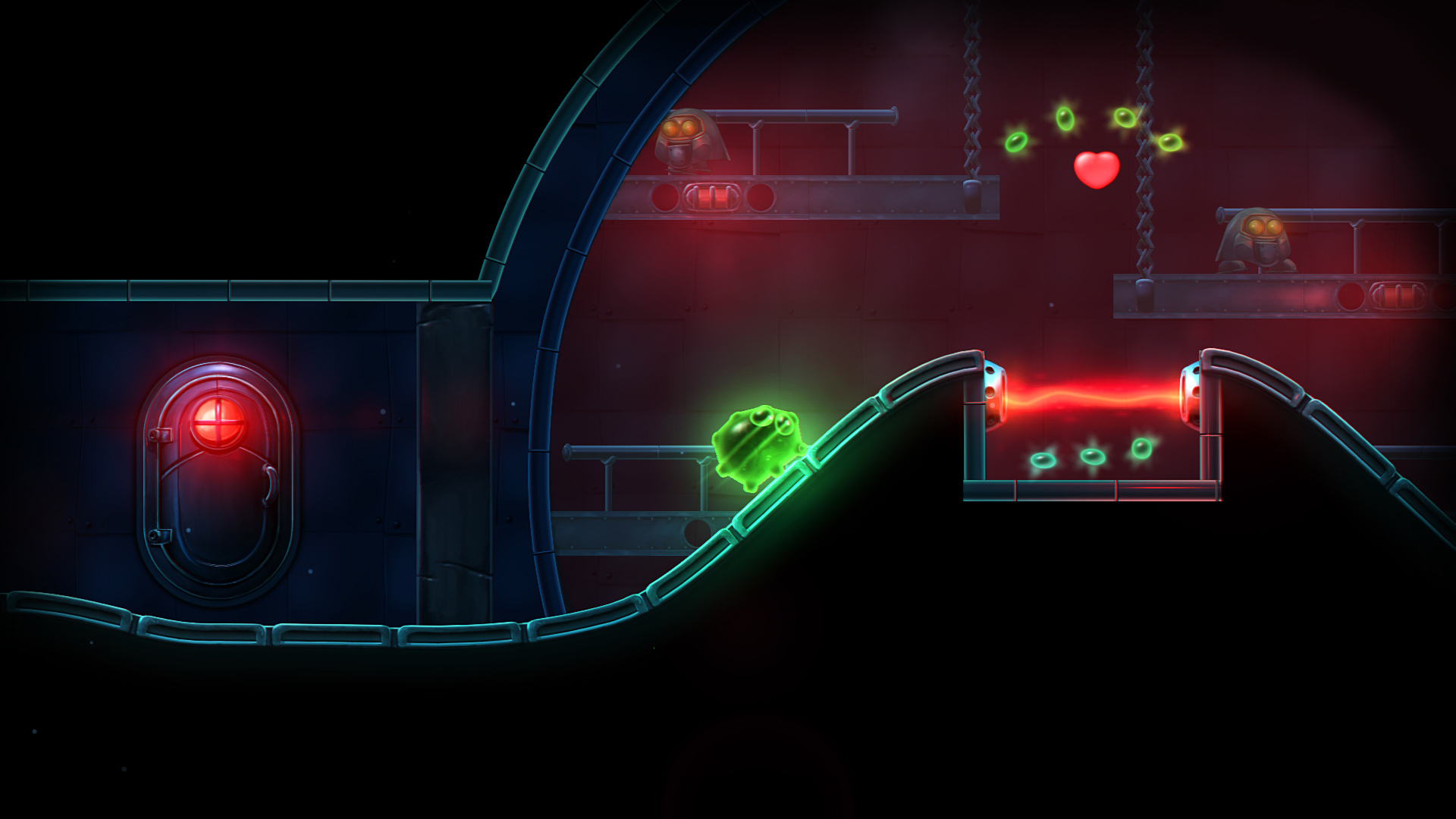 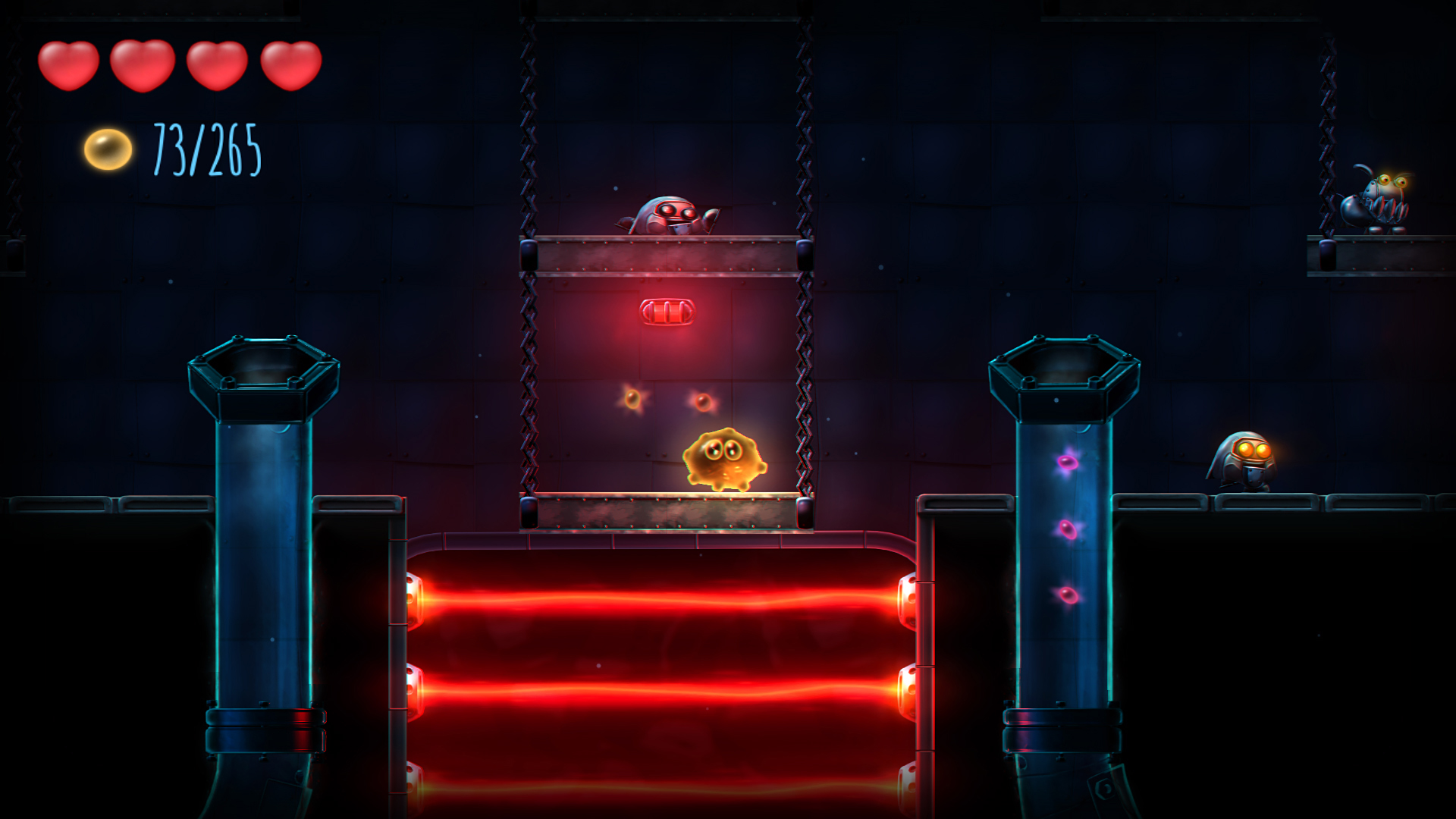 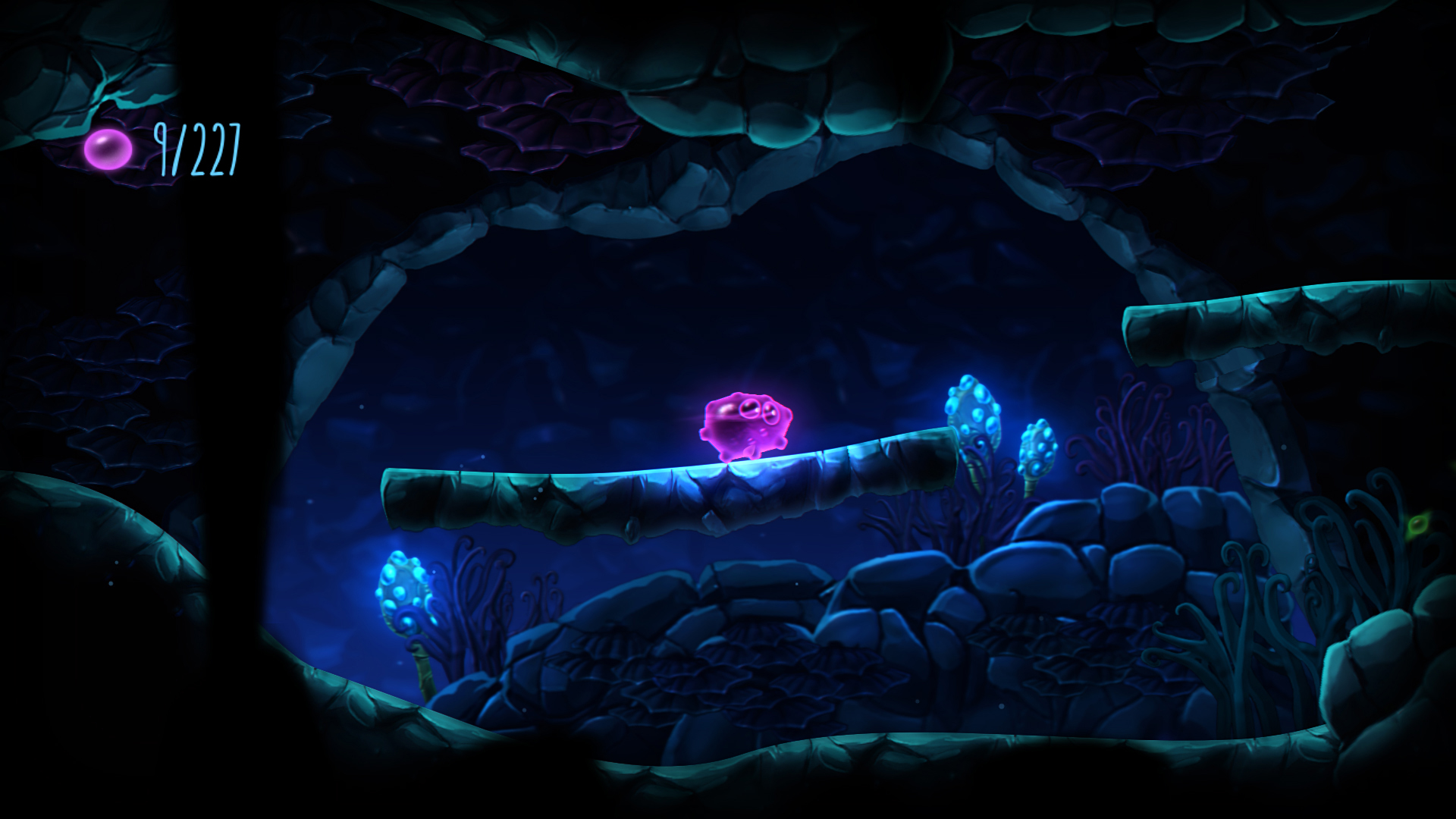 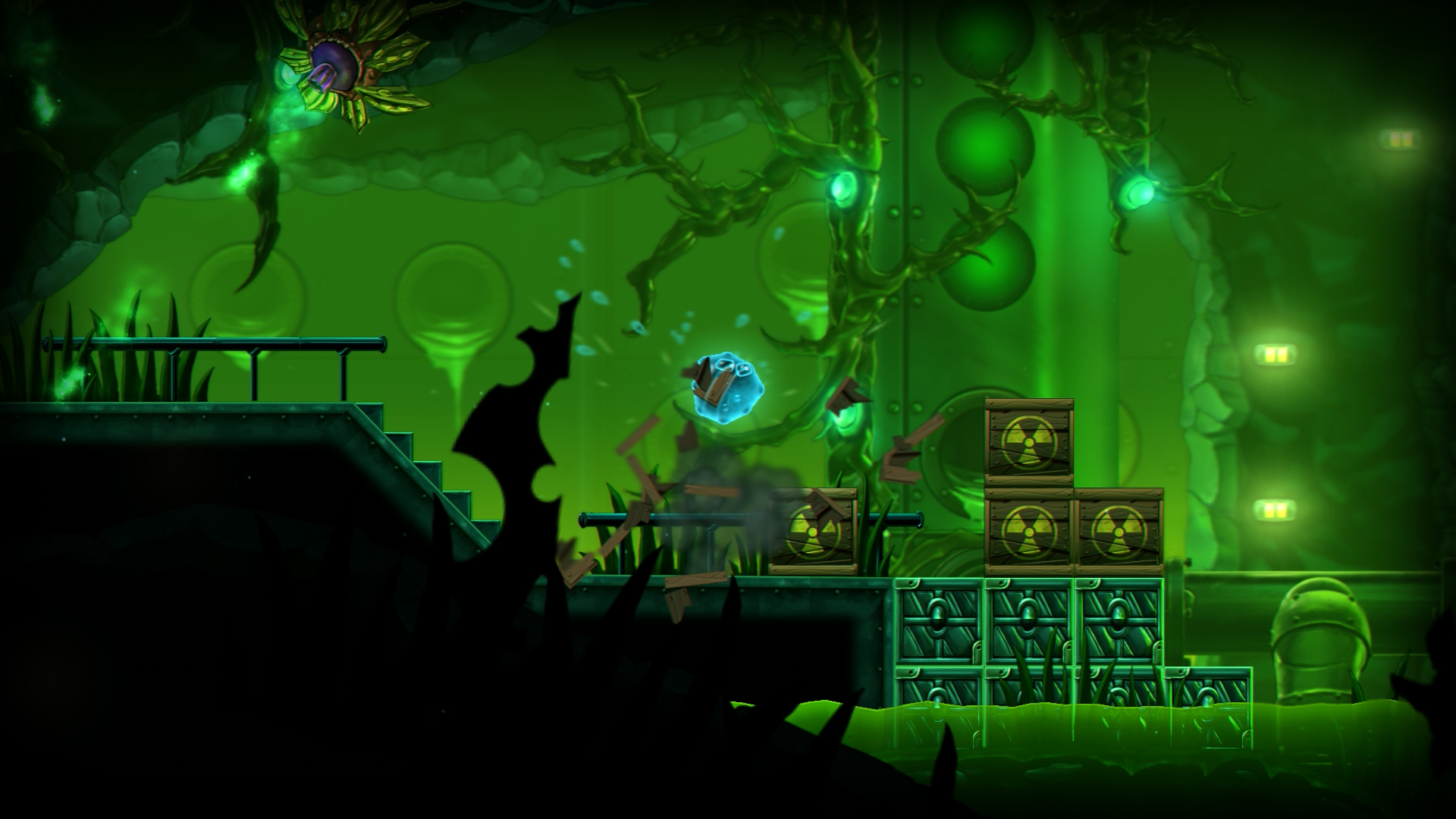 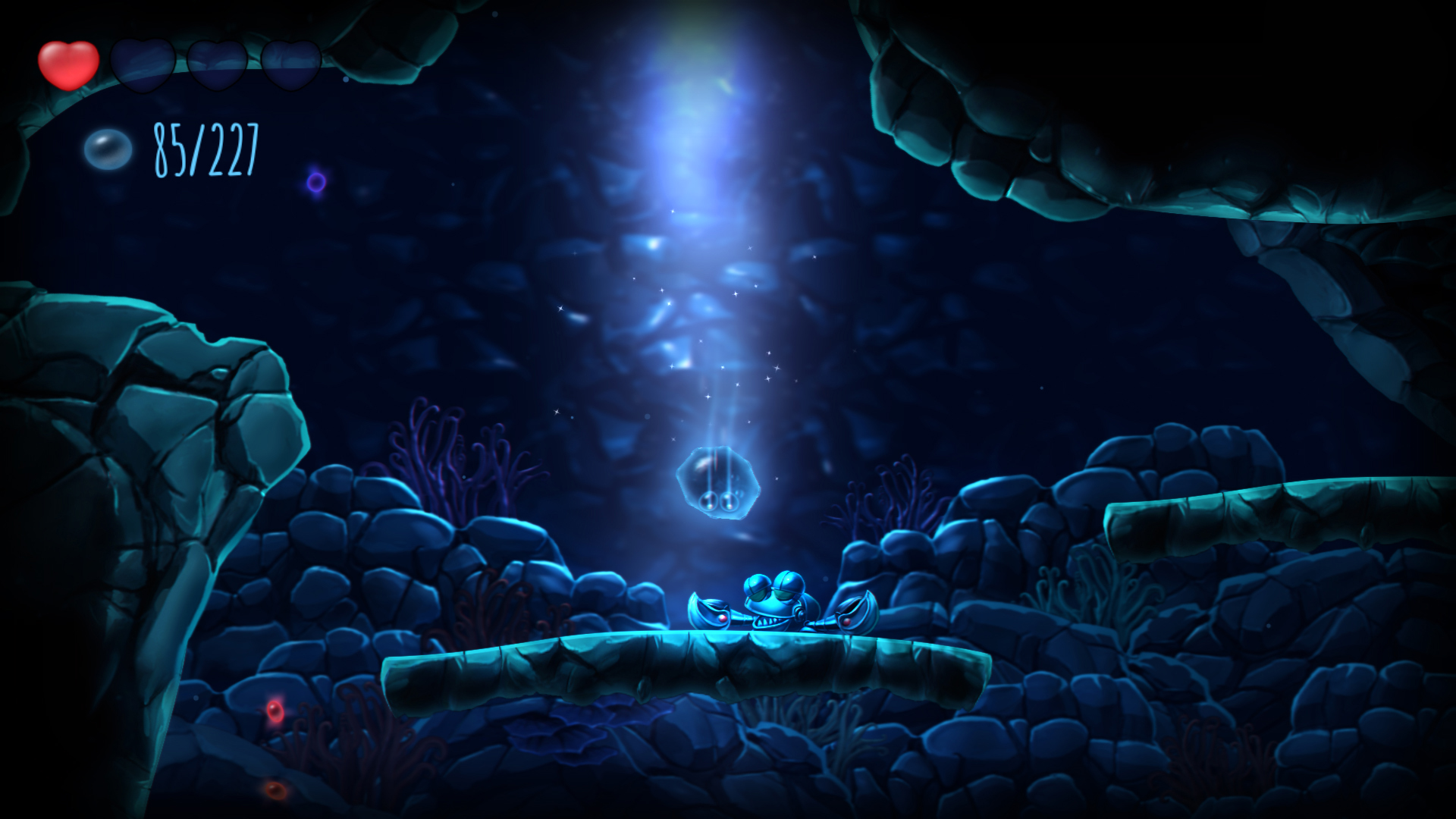 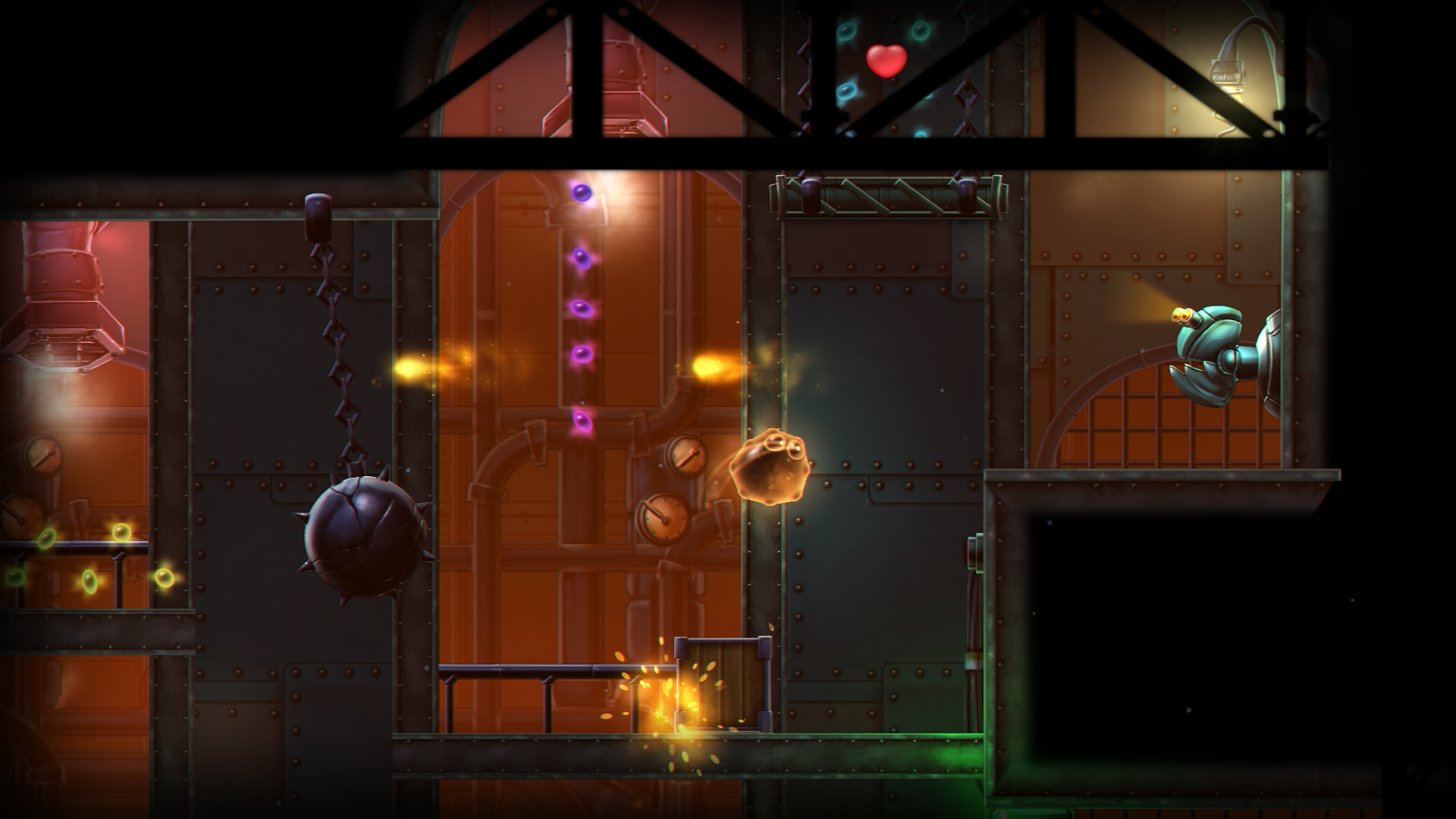 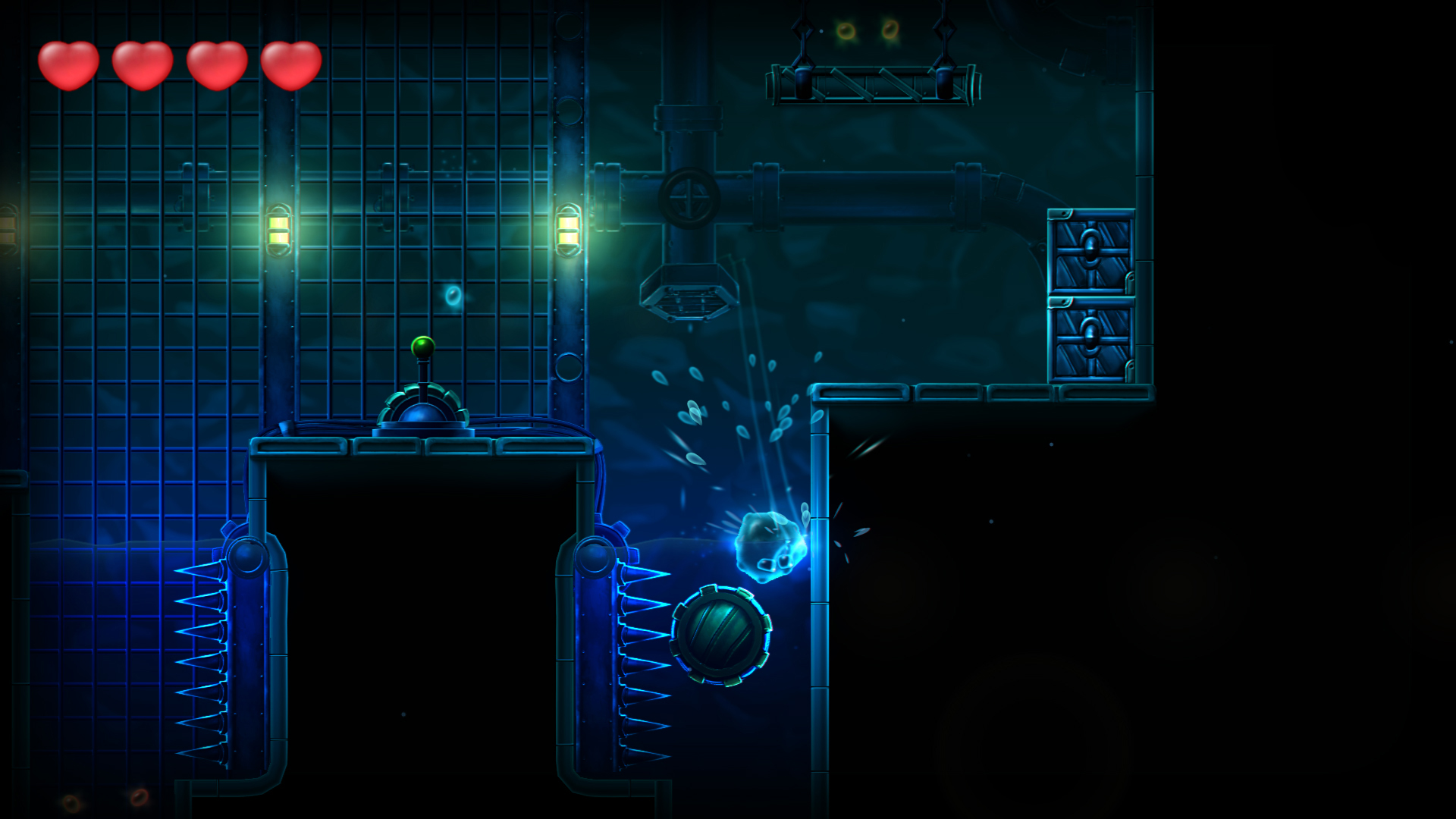 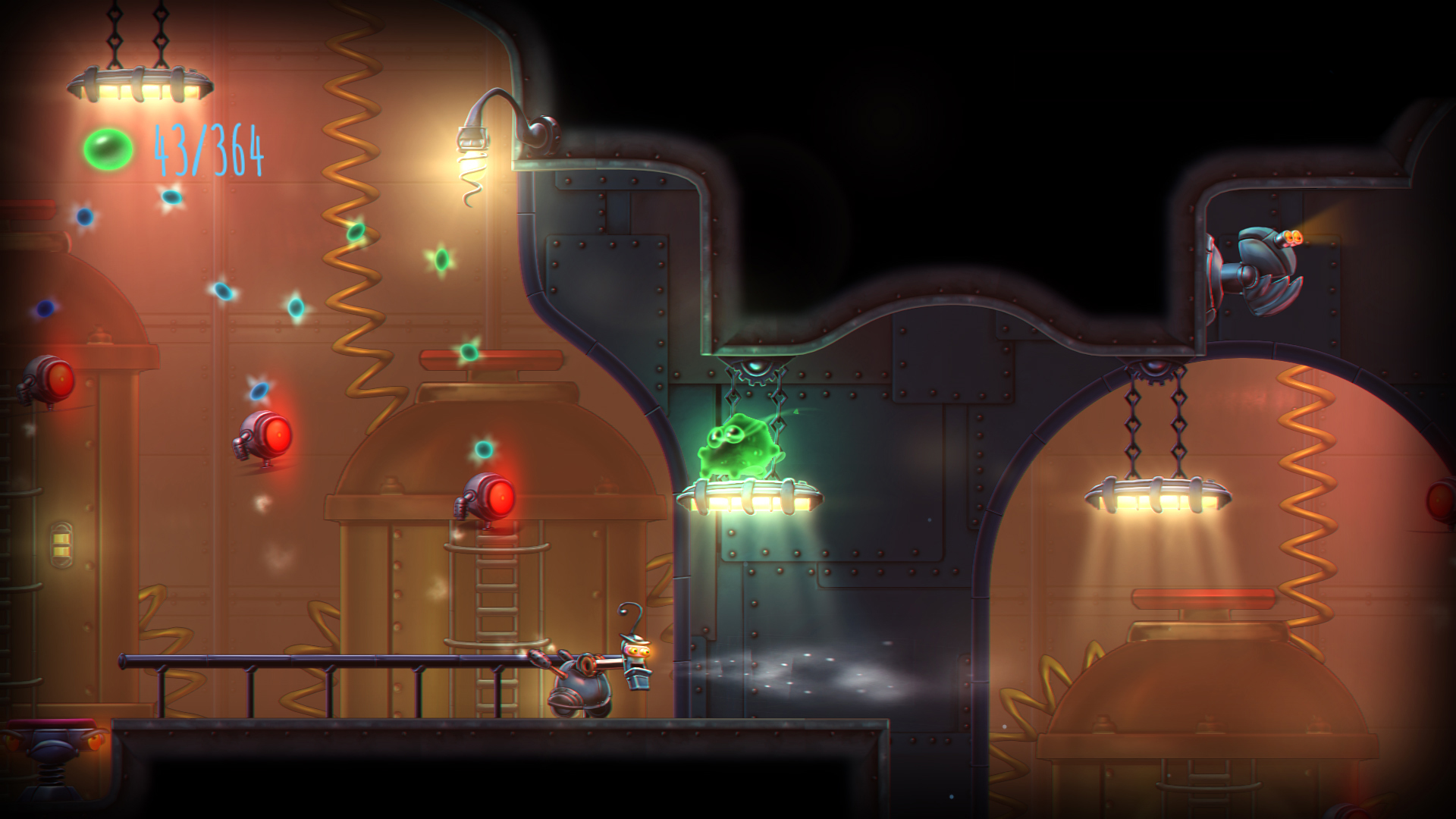 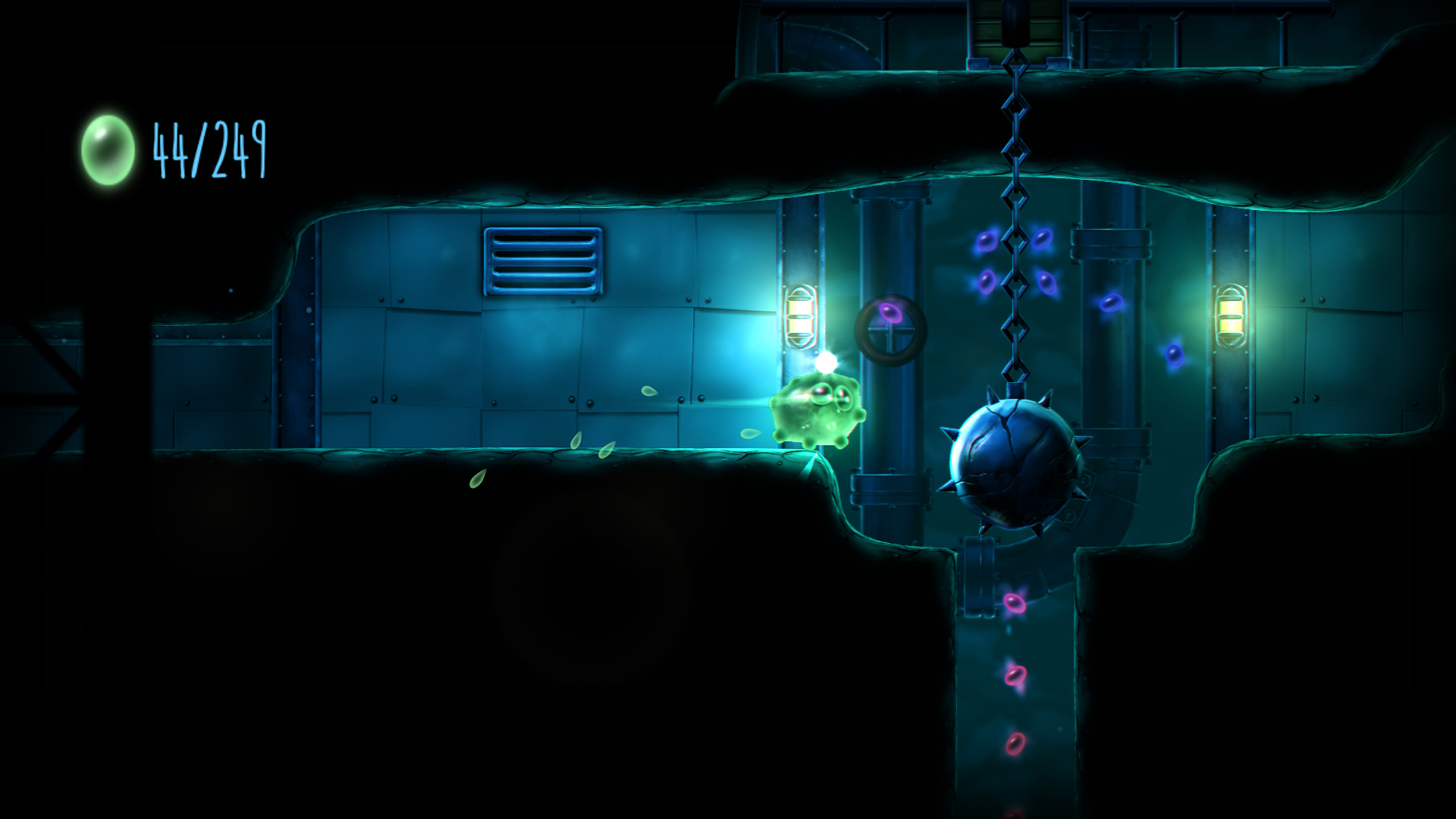 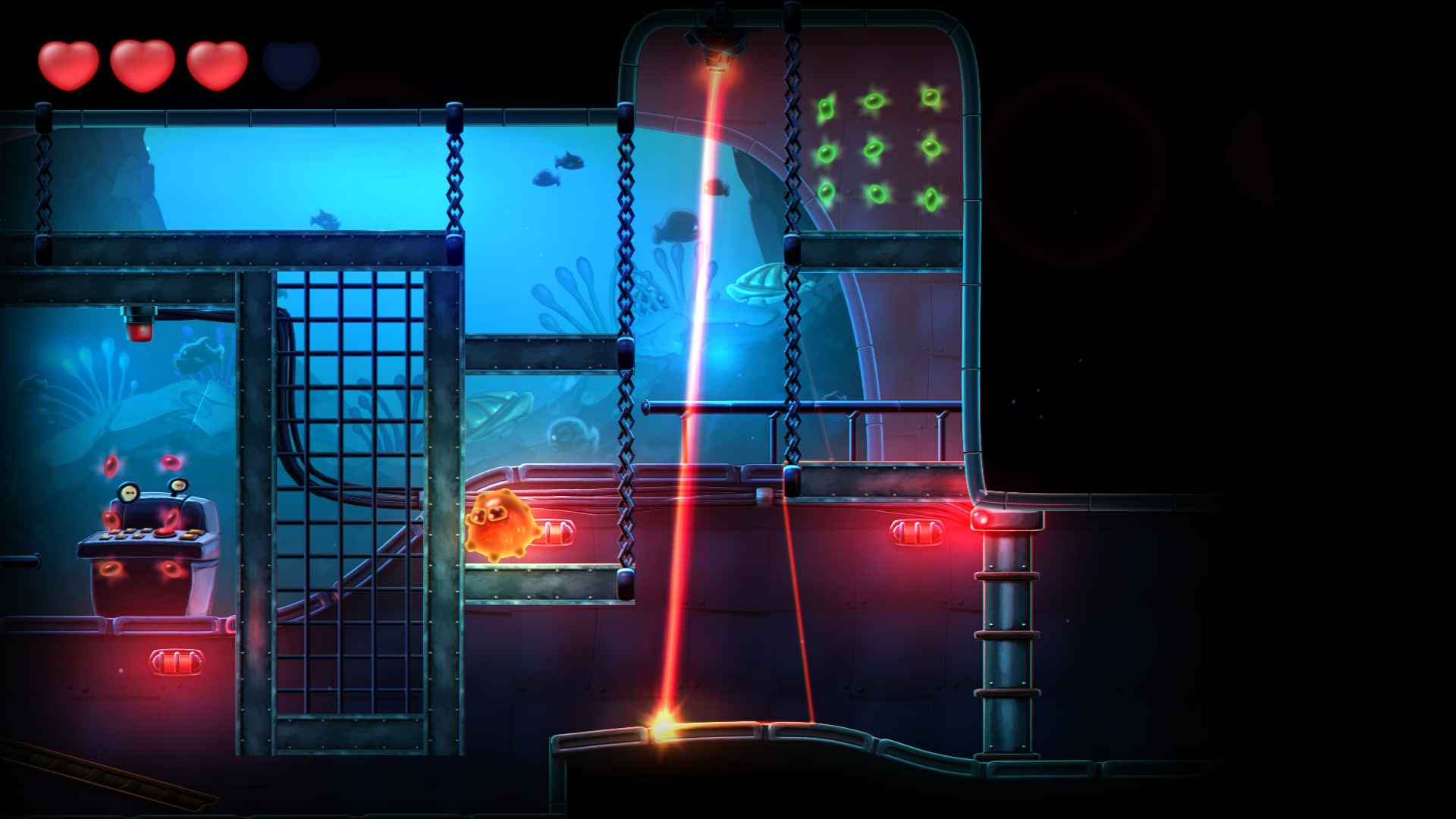 Goo Saga is a platform adventure game where the player guides an elastic creature named Goo in a perilous journey to find his creator â and with him, the mysterious purpose of his own creation.
Will Goo succeed? Puzzles, deadly traps and an army of foes in a labyrinthine underwater lab block his way. Gooâ™s destiny is in the playerâ™s hands.

- 3 different states of Gooâ™s elasticity controlled by the player: Deflated, Normal, and Inflated.
- 20 levels, each to be completed in 3 different modes: Normal, Survival, and Time Trial, plus 4 epic boss battles; each mode requires a different gameplay strategy.
- Captivating atmosphere with HD graphics and gameplay.
- Atmospheric soundtrack.
- Sophisticated level design with meticulously planned alterations between puzzle solving and platform based gaming sections.
- 12 types of robot enemies.
- Crystals collected through successful completion of the levels and used to enhance Gooâ™s abilities.
- 8 upgradable character abilities that help Goo in his adventure.
- Colourful blobs which are found and collected by the player to complete the Normal mode of each level.
- Enticing storyline delivered through in-game cut scenes.
- 2 different endings.
- Powerful level editor to create your own levels.
- Online server where you can upload your levels or download, play and rate other playersâ™ levels.
- Full Controller support for an enhanced gaming experience.
- Character Skins for Goo that transform his appearance.
- Achievements and Leaderboards for a more fun and competitive gameplay.
- English, German, French, Russian, Chinese simplified and Polish language support.

WHY PLAYERS ARE THRILLED WITH OUR PLATFORM ADVENTURE GAME

- Goo Saga is developed by a small team of passionate game designers and developers with the ambition to create high quality atmospheric games that entertain and offer a memorable gaming experience.
- It encompasses all the values of legendary platformers from another time into a game that offers touchscreen play fun on smartphone devices.
- It combines engrossing adventure platforming and intriguing puzzles with epic boss fights that will challenge you.
- Itâ™s a premium mix of action, exploration, mystery and fun, followed by platform adventures aficionados and casual gamers alike.
- Goo Saga is for fans of award-winning and top-chart platformers like Leoâ™s Fortune, Red Ball, Rayman, Limbo, Badland, Nihilumbra, Typoman, Castle of Illusion and more.