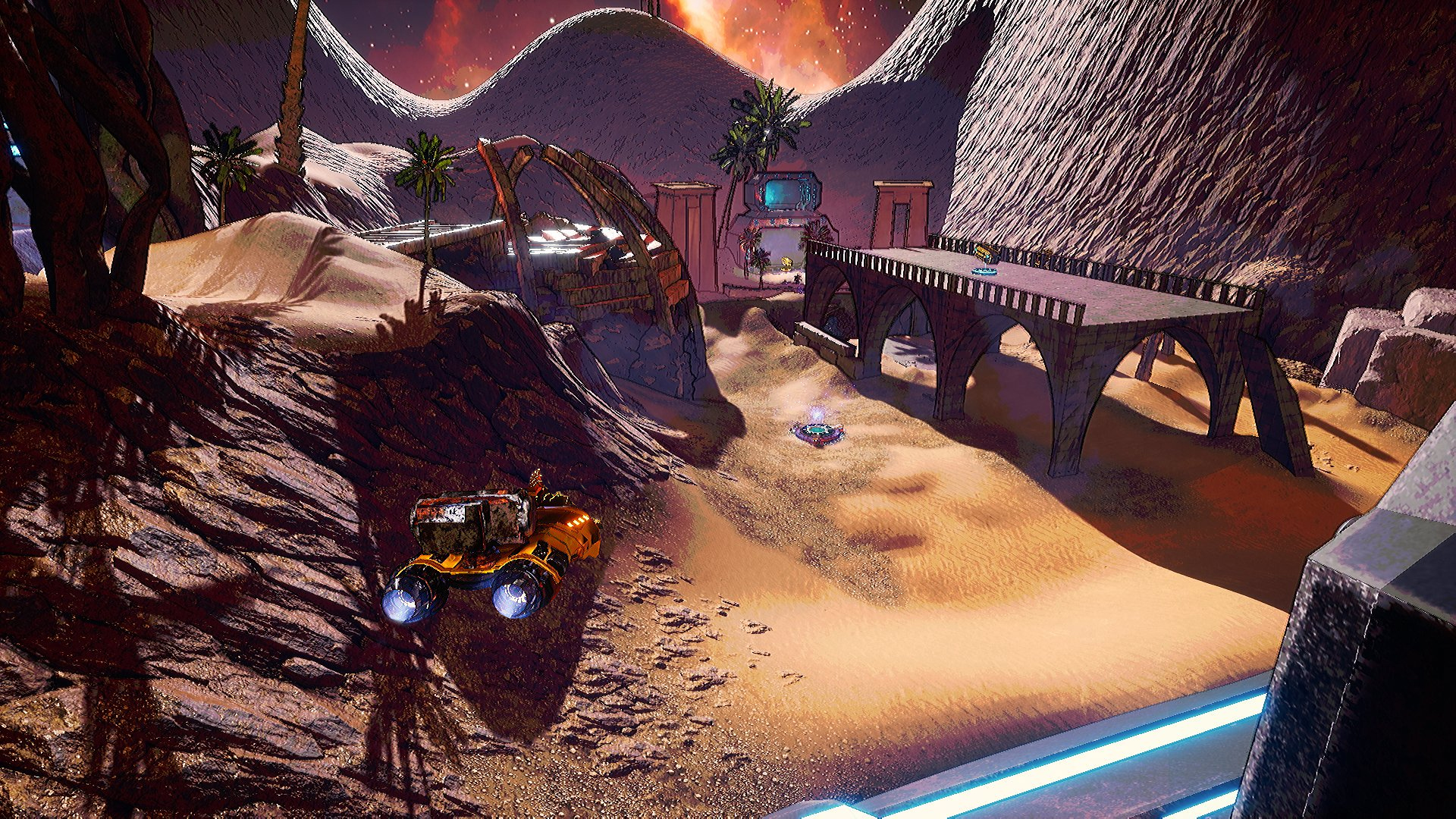 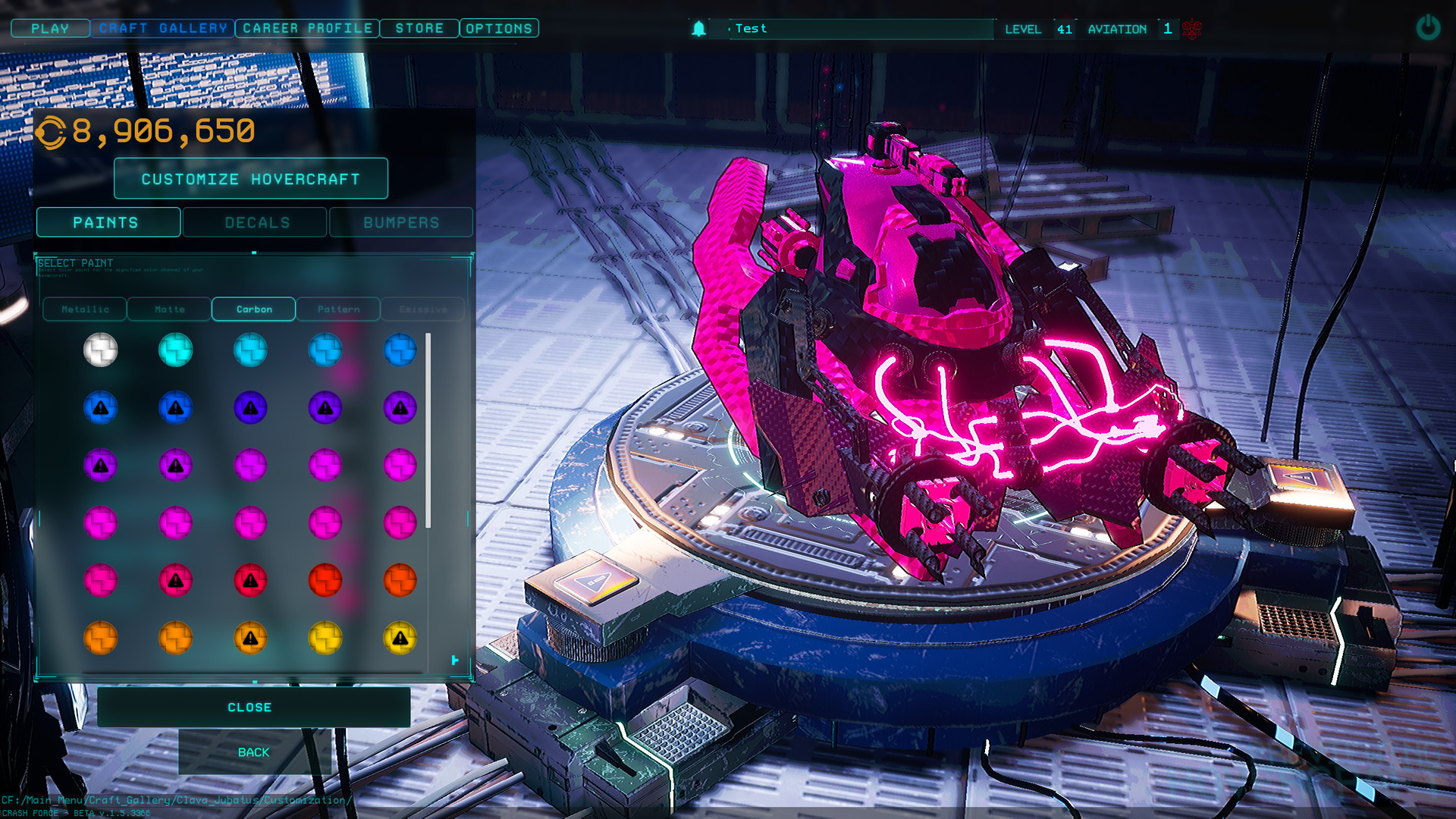 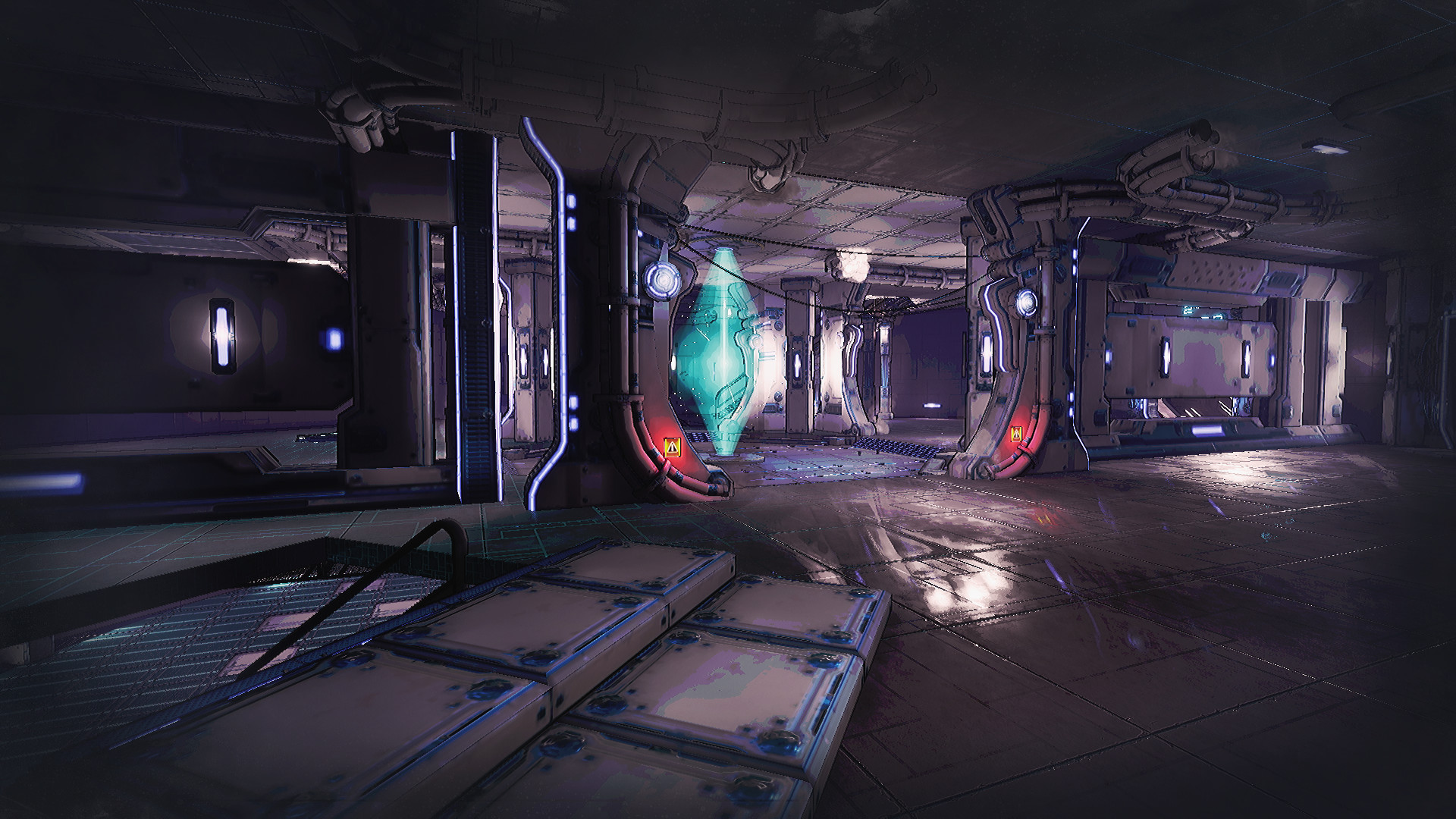 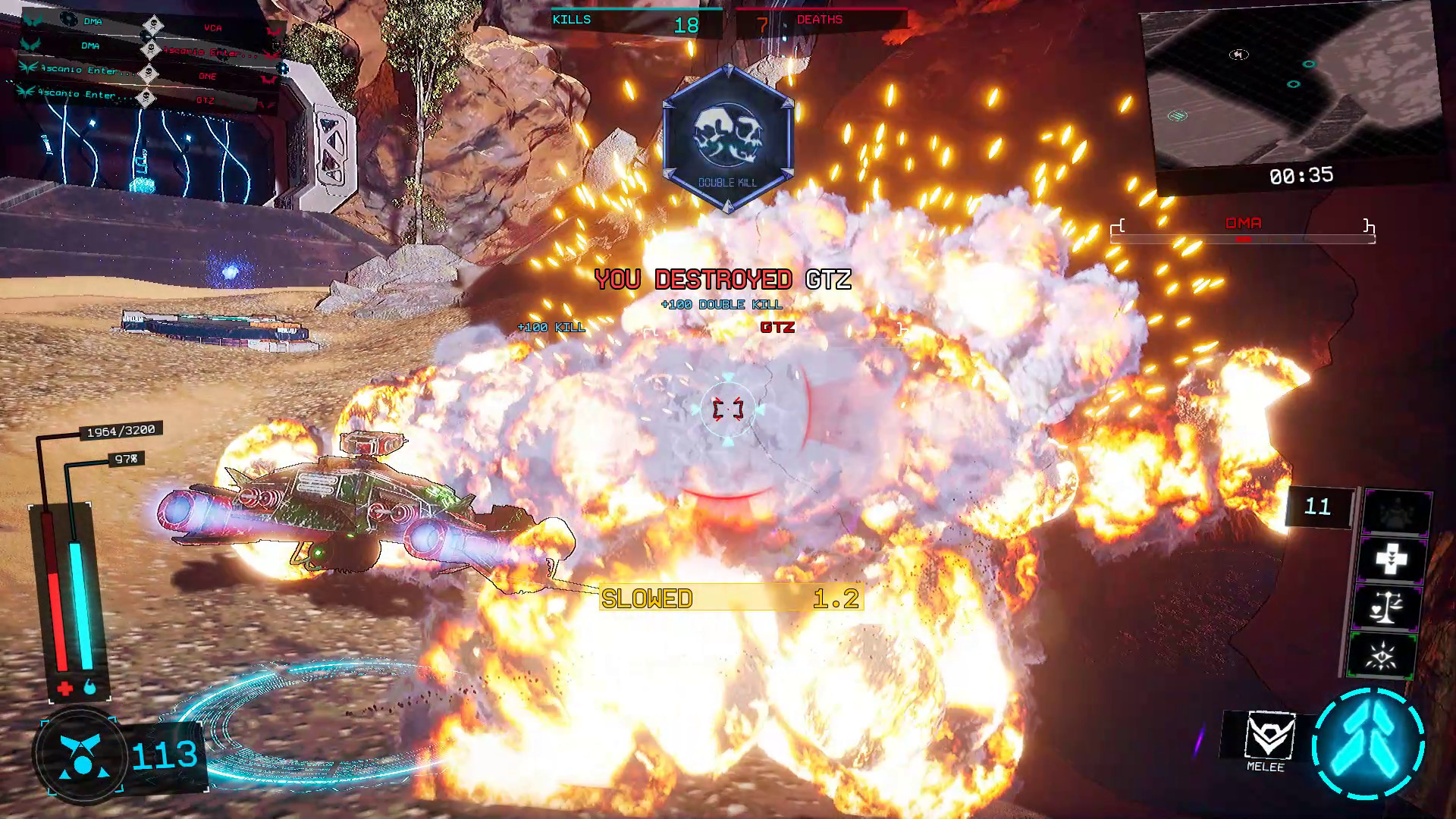 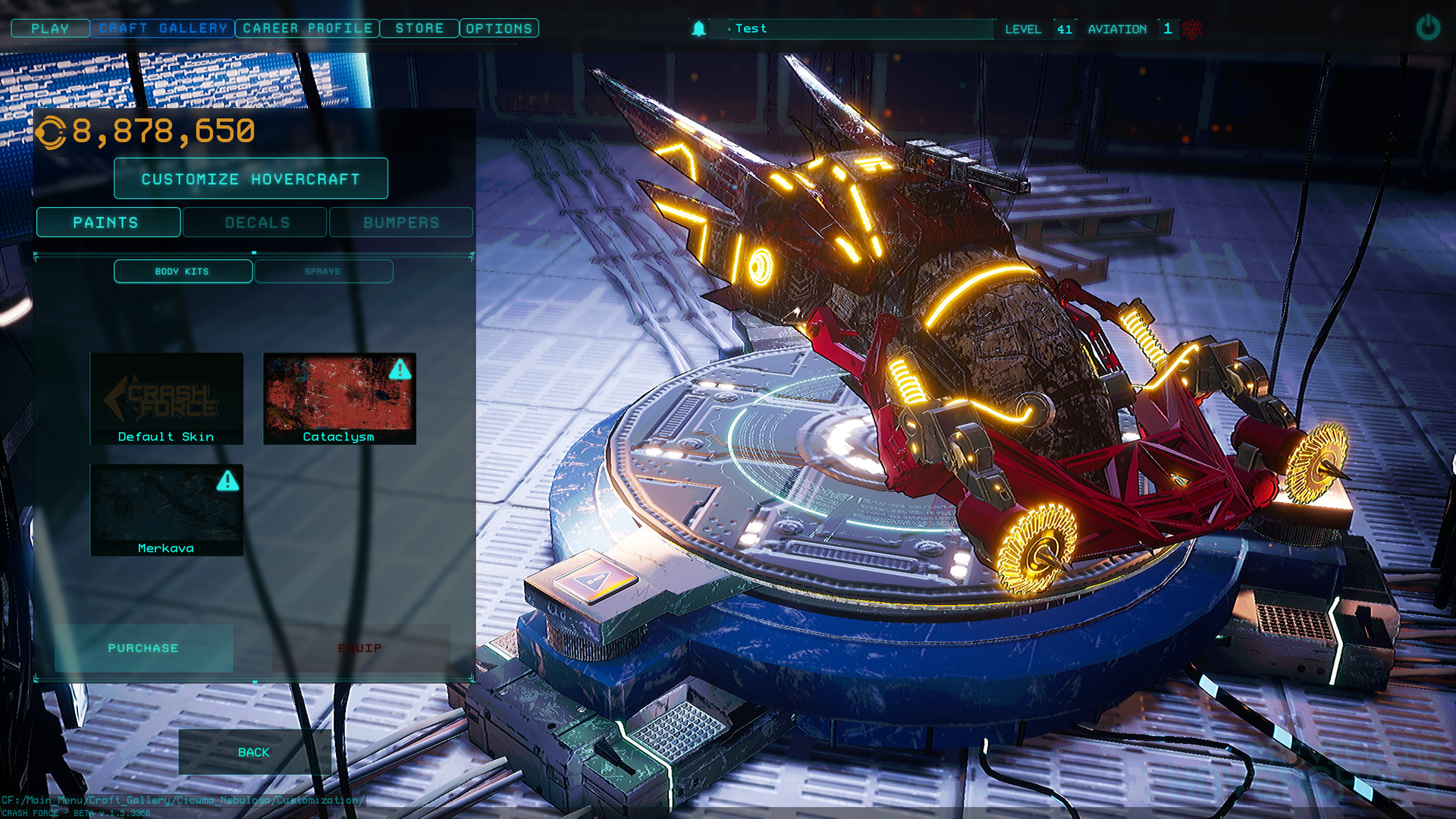 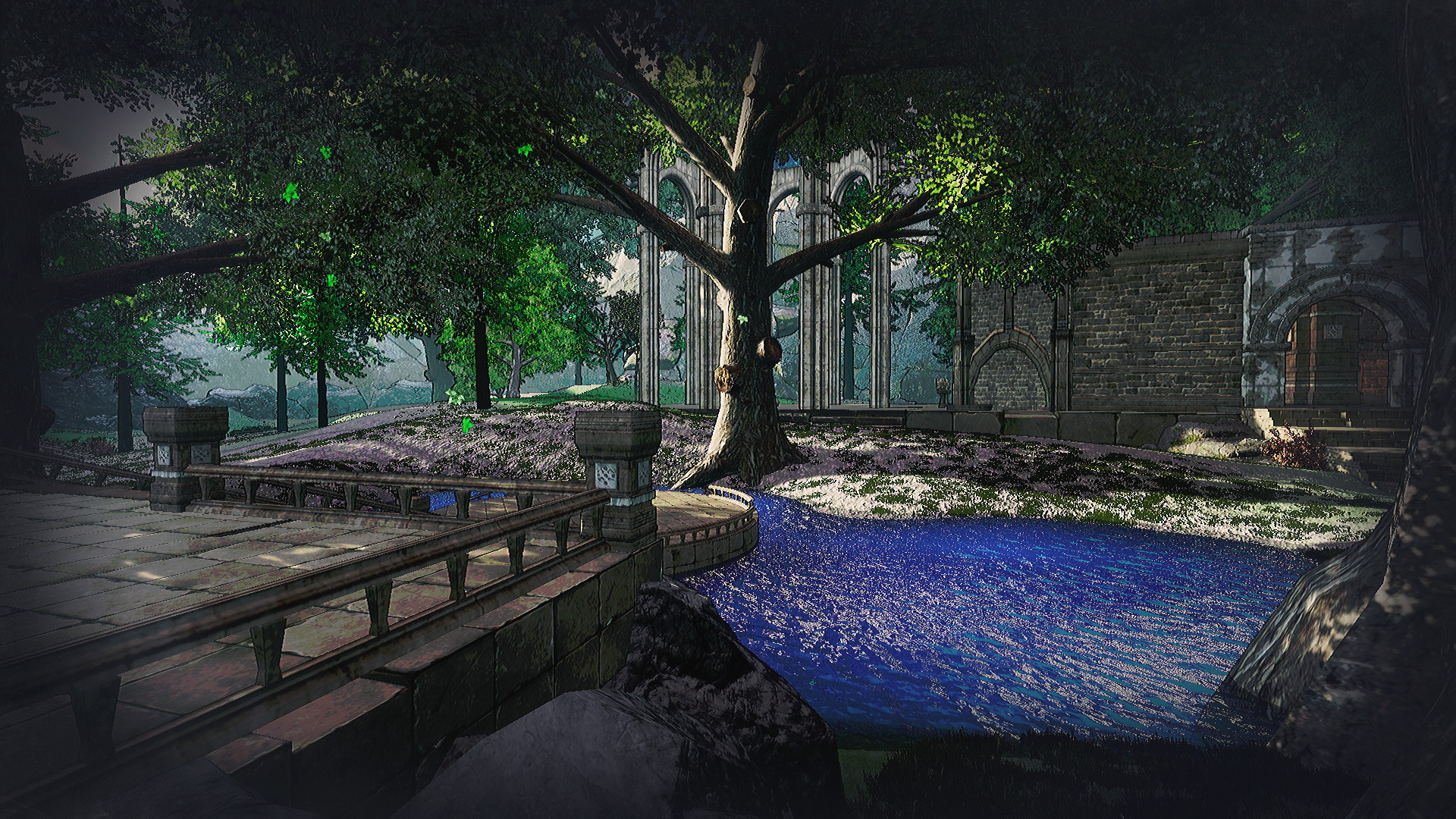 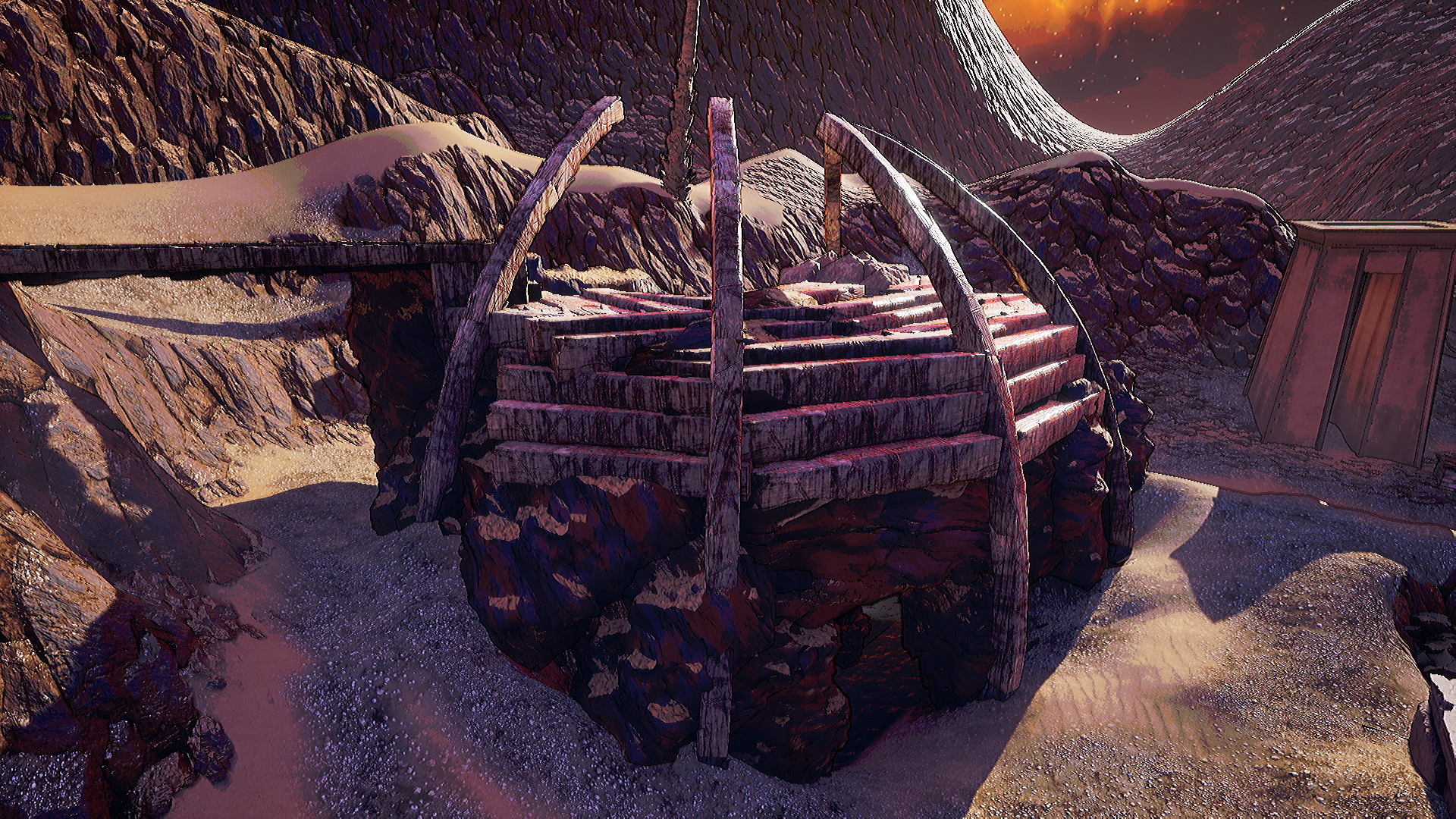 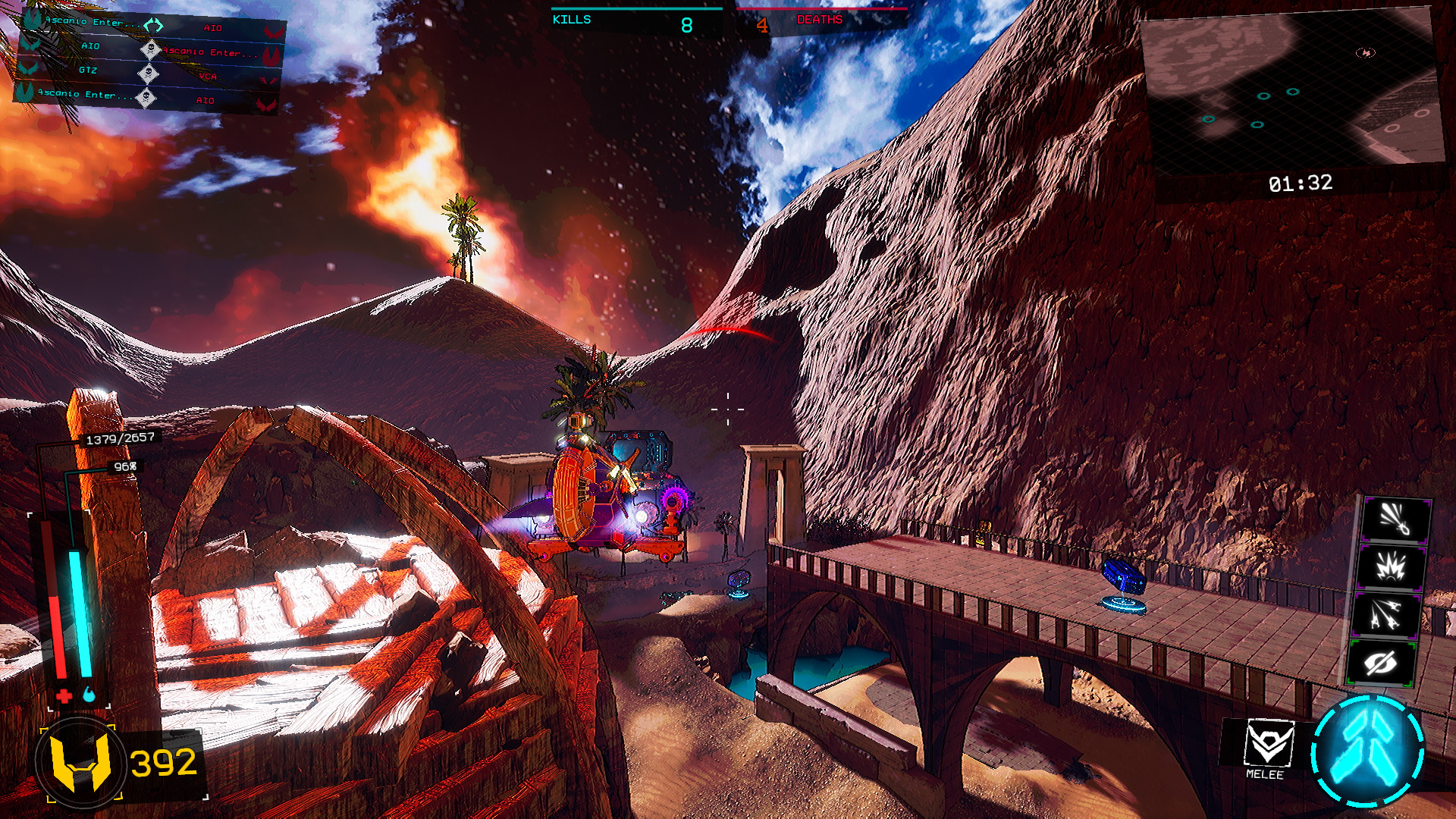 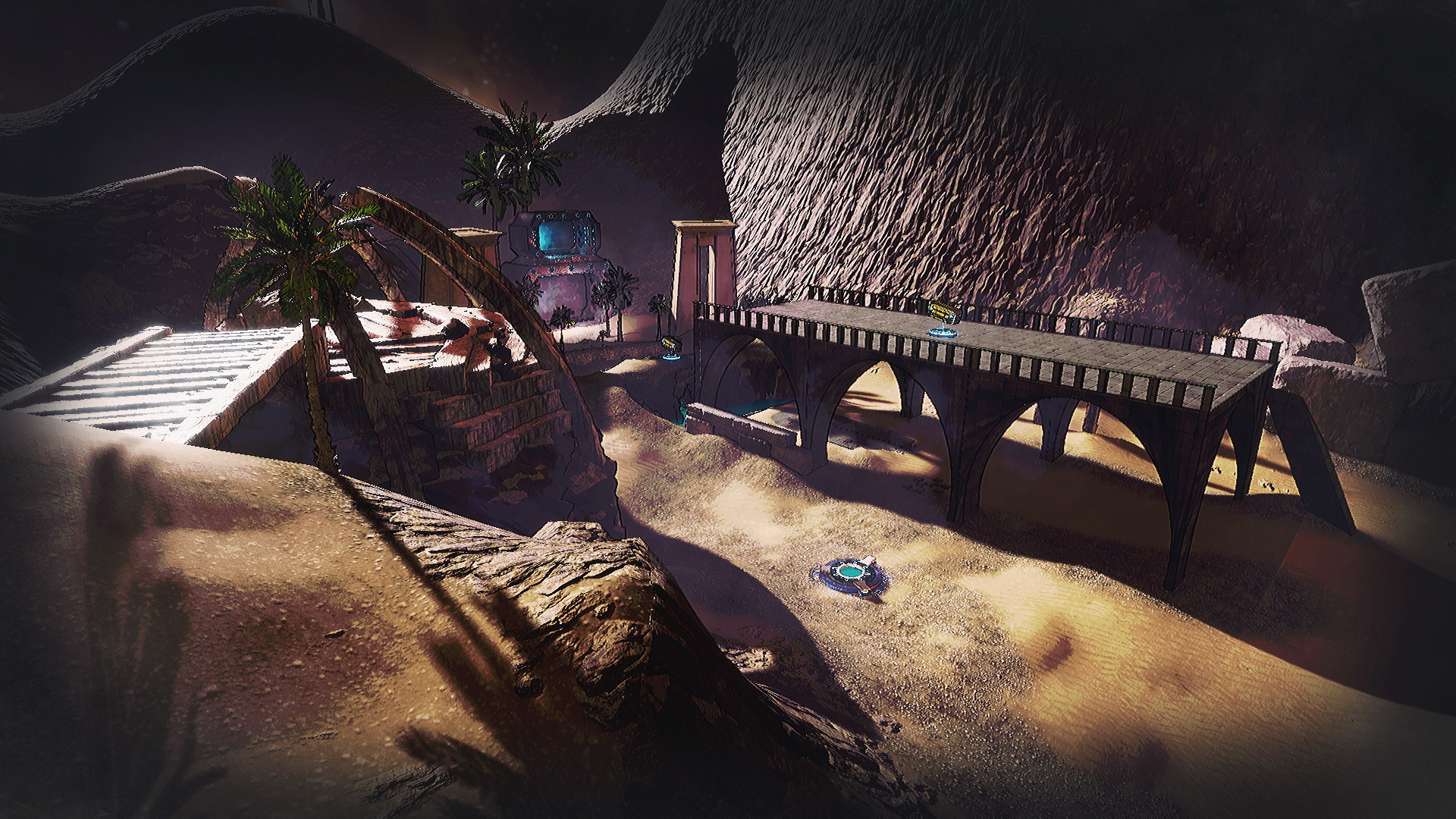 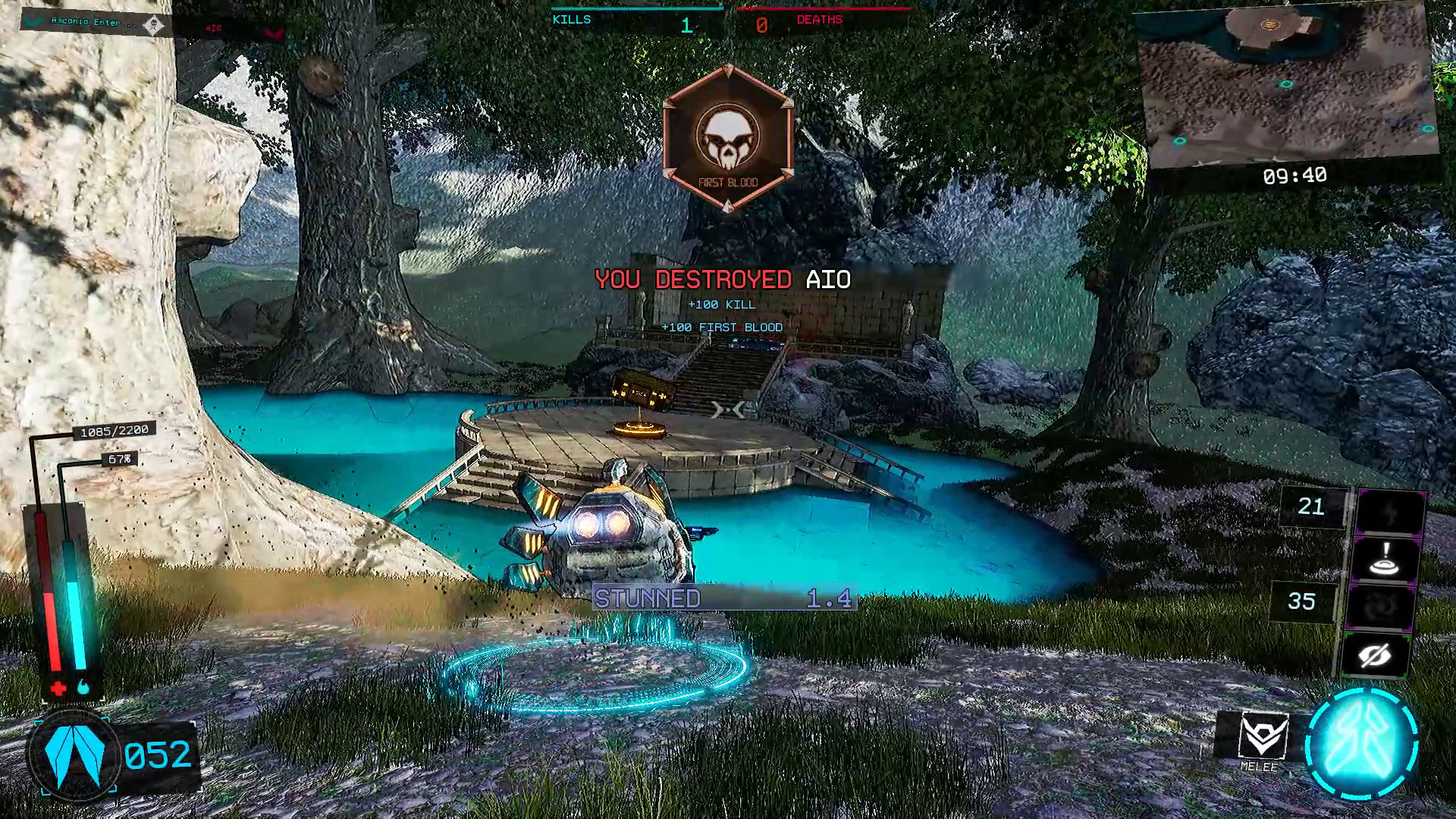 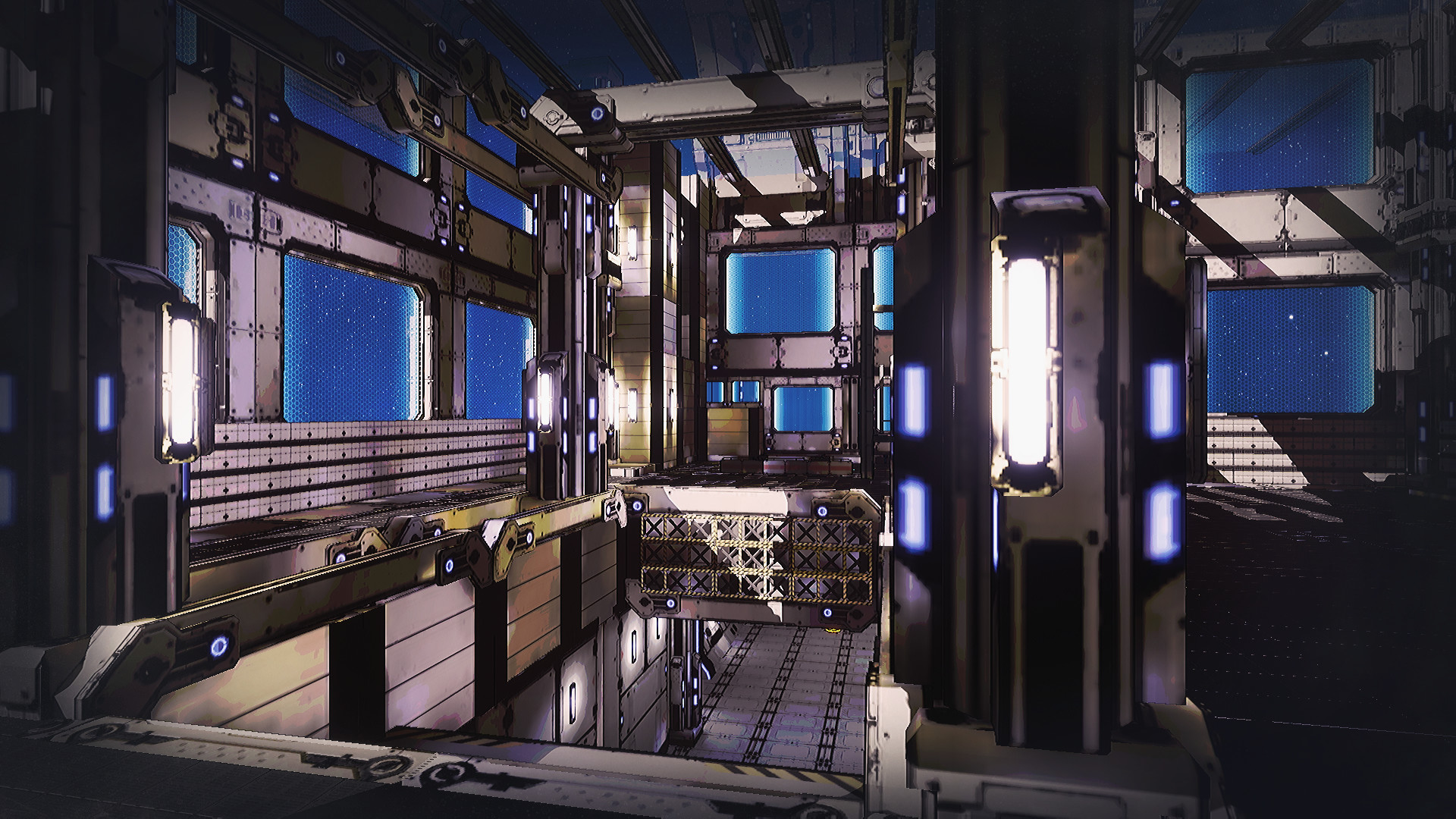 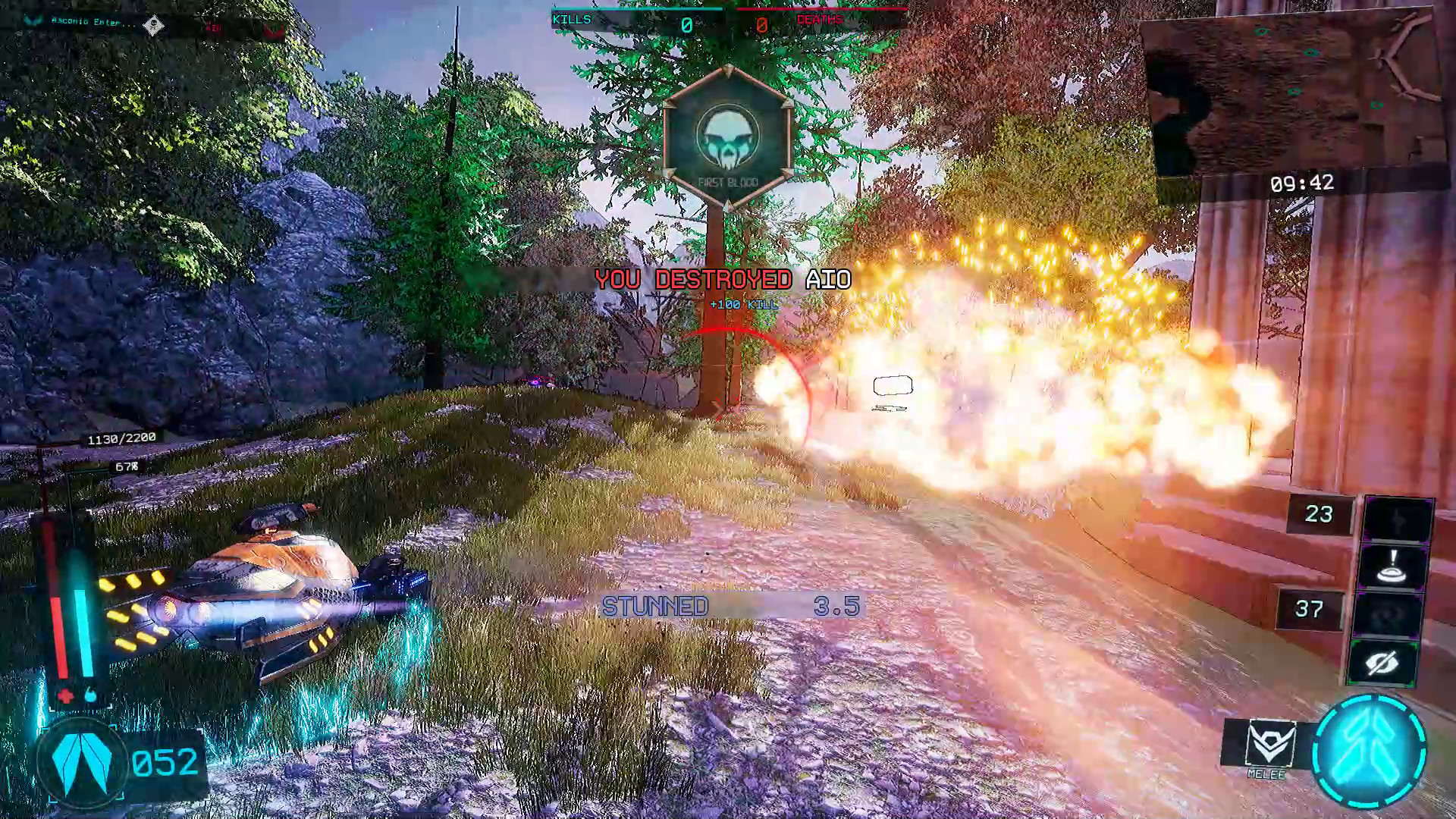 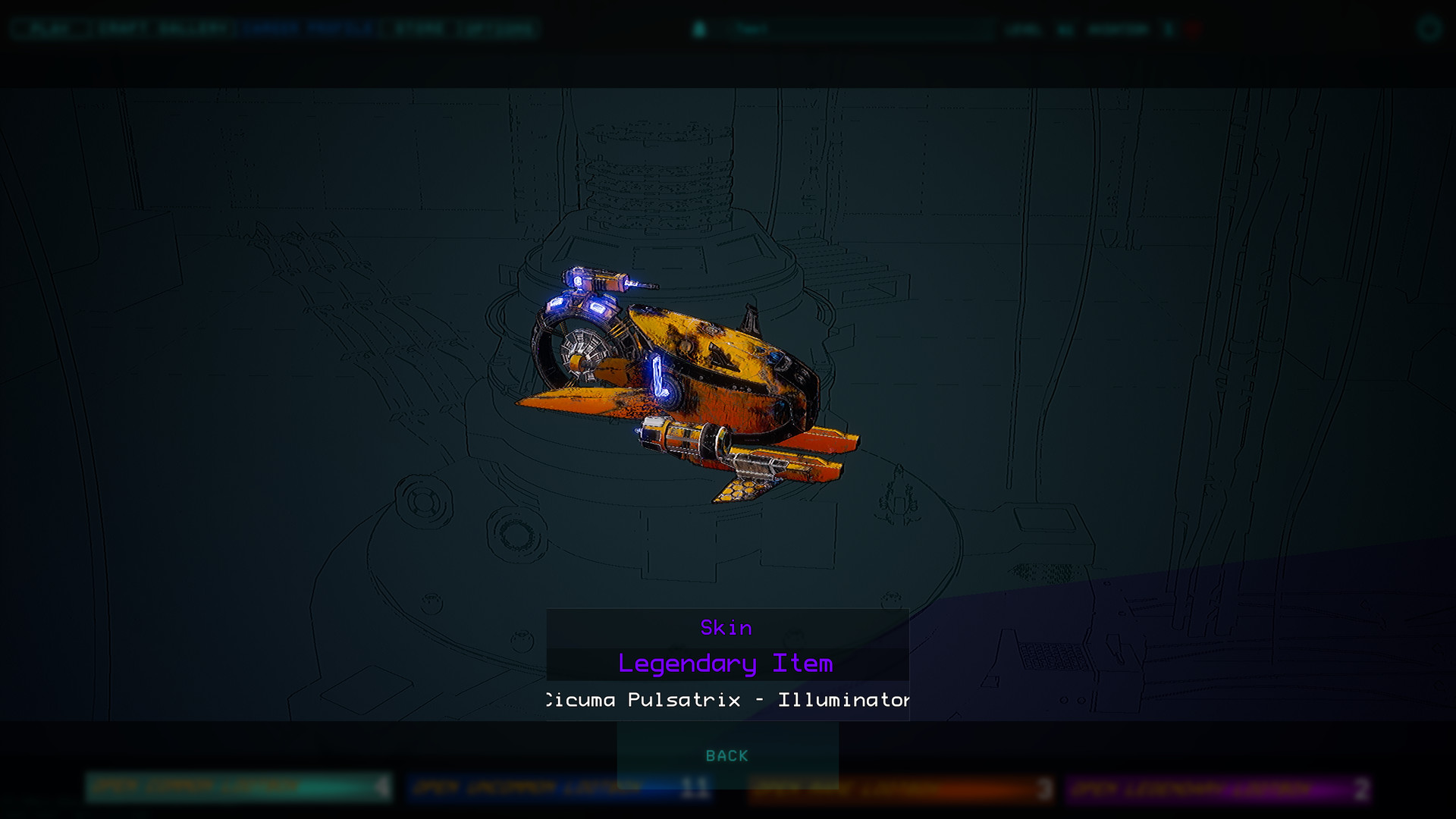 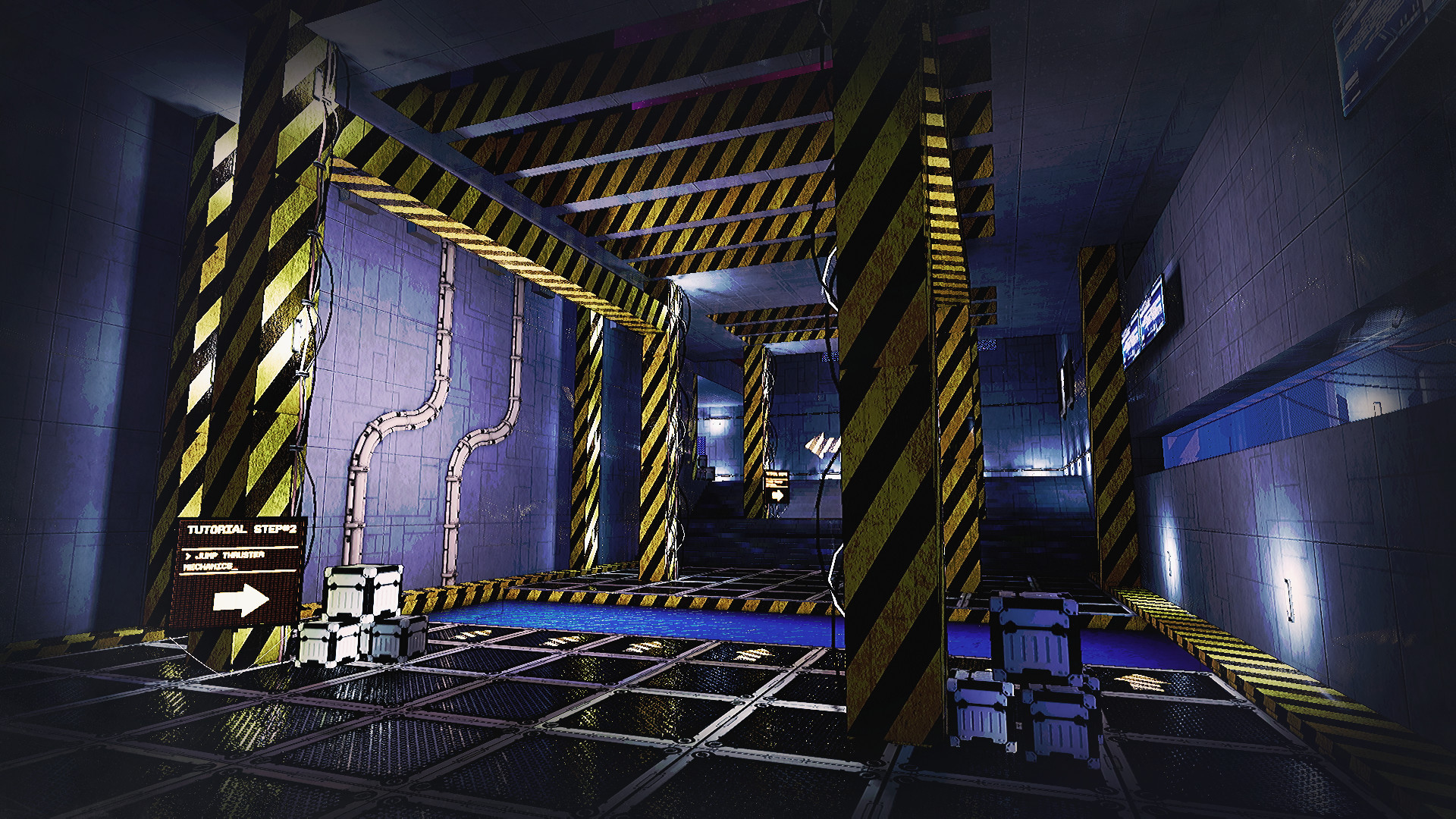 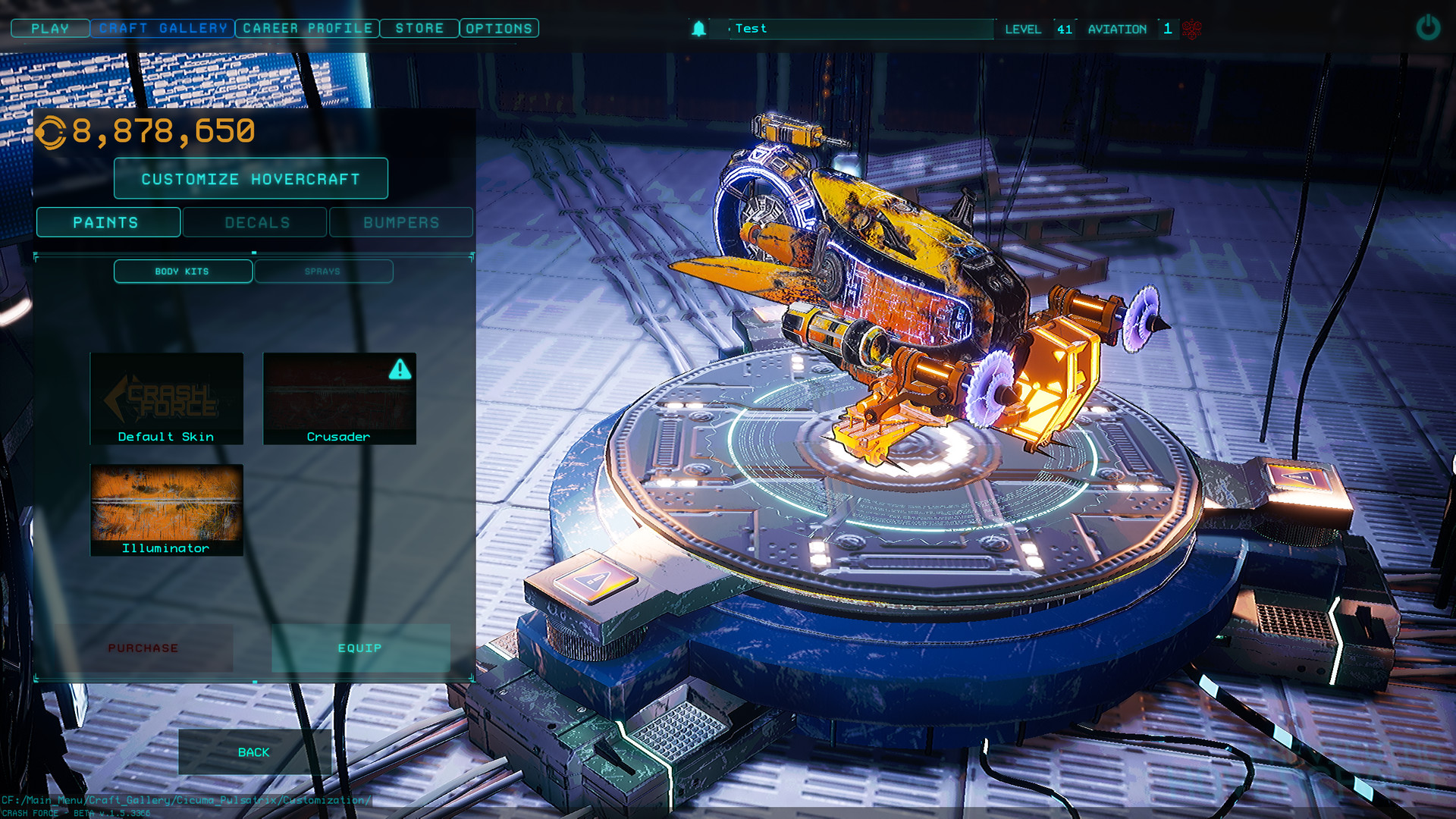 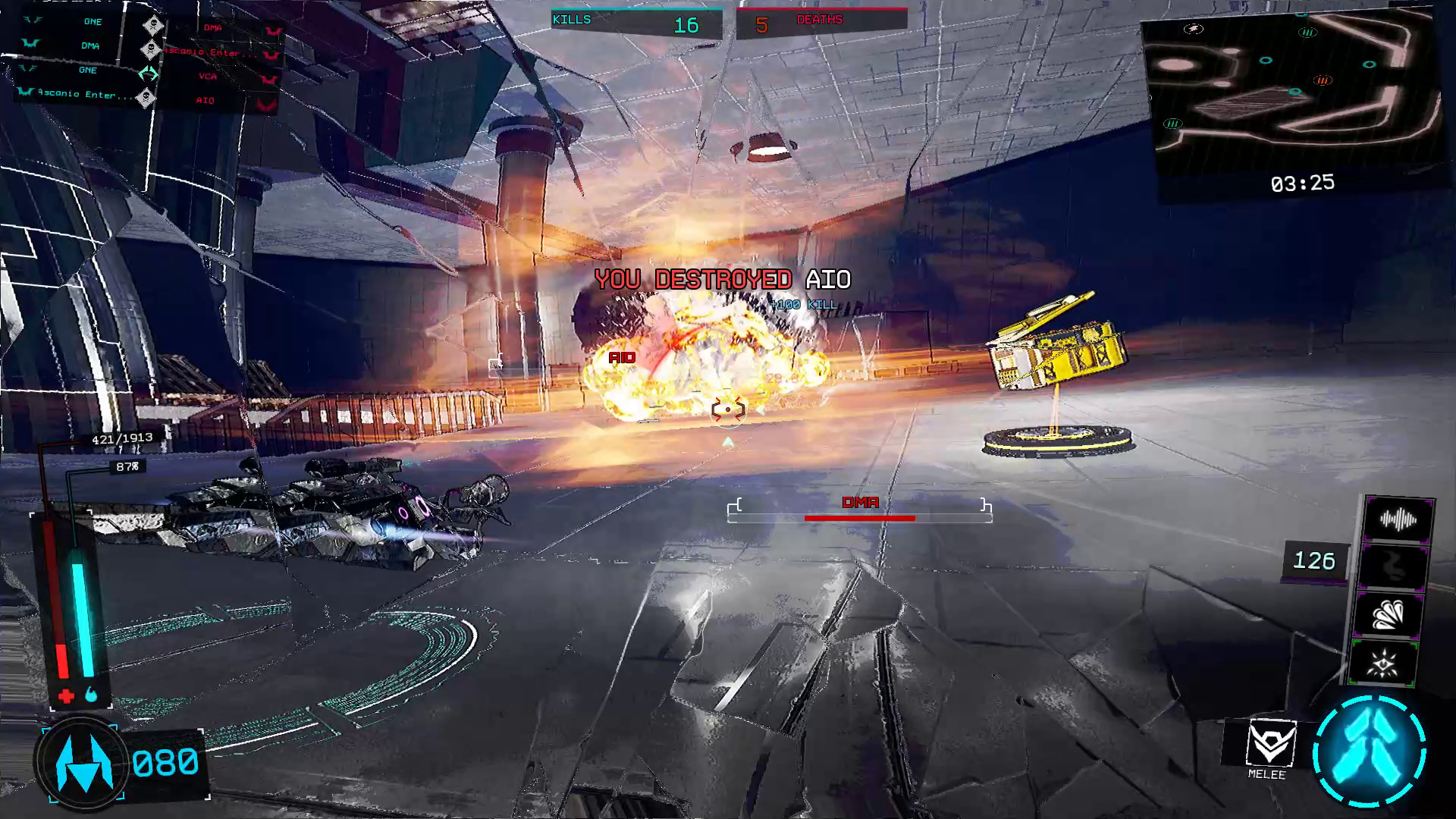 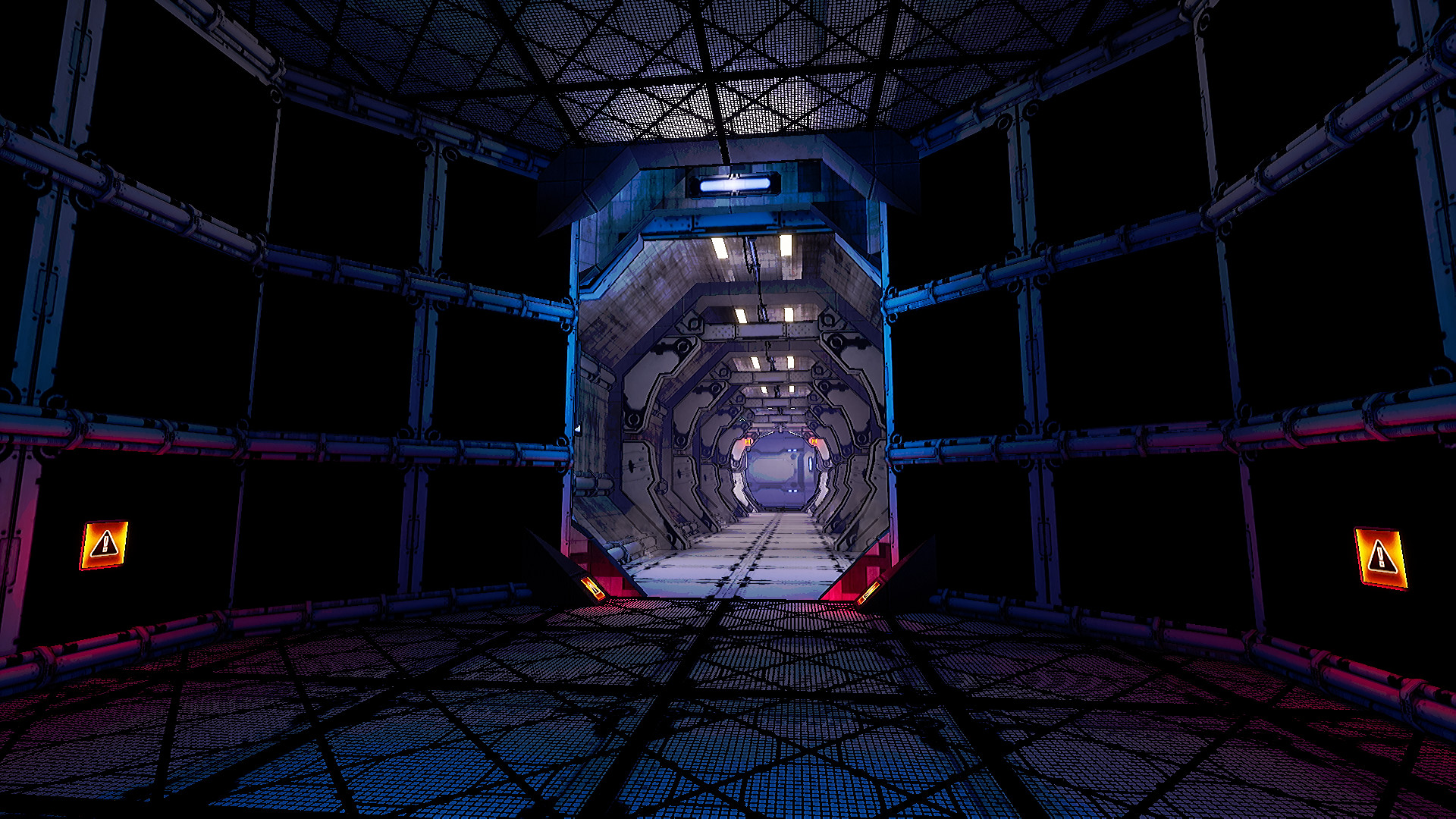 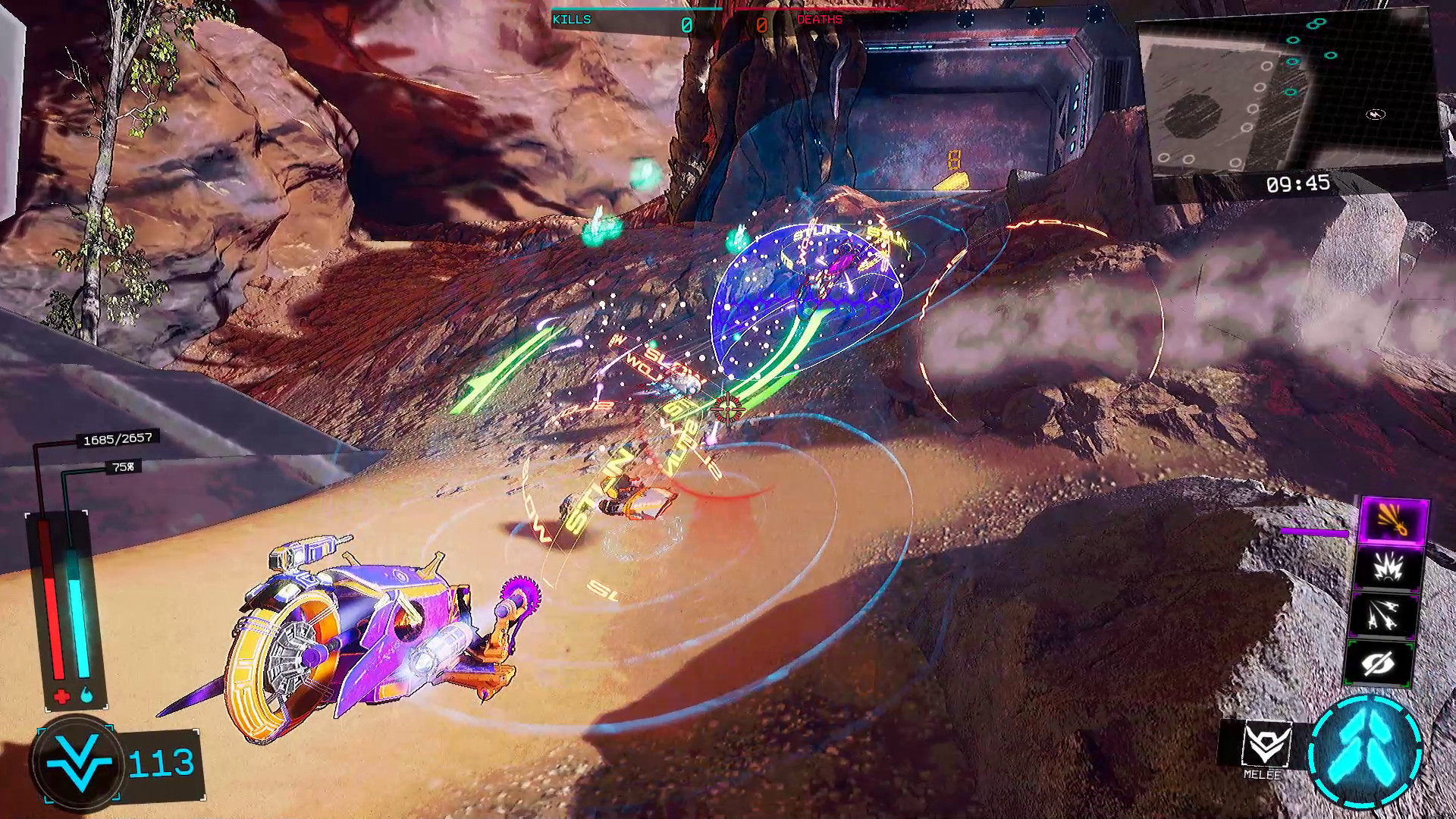 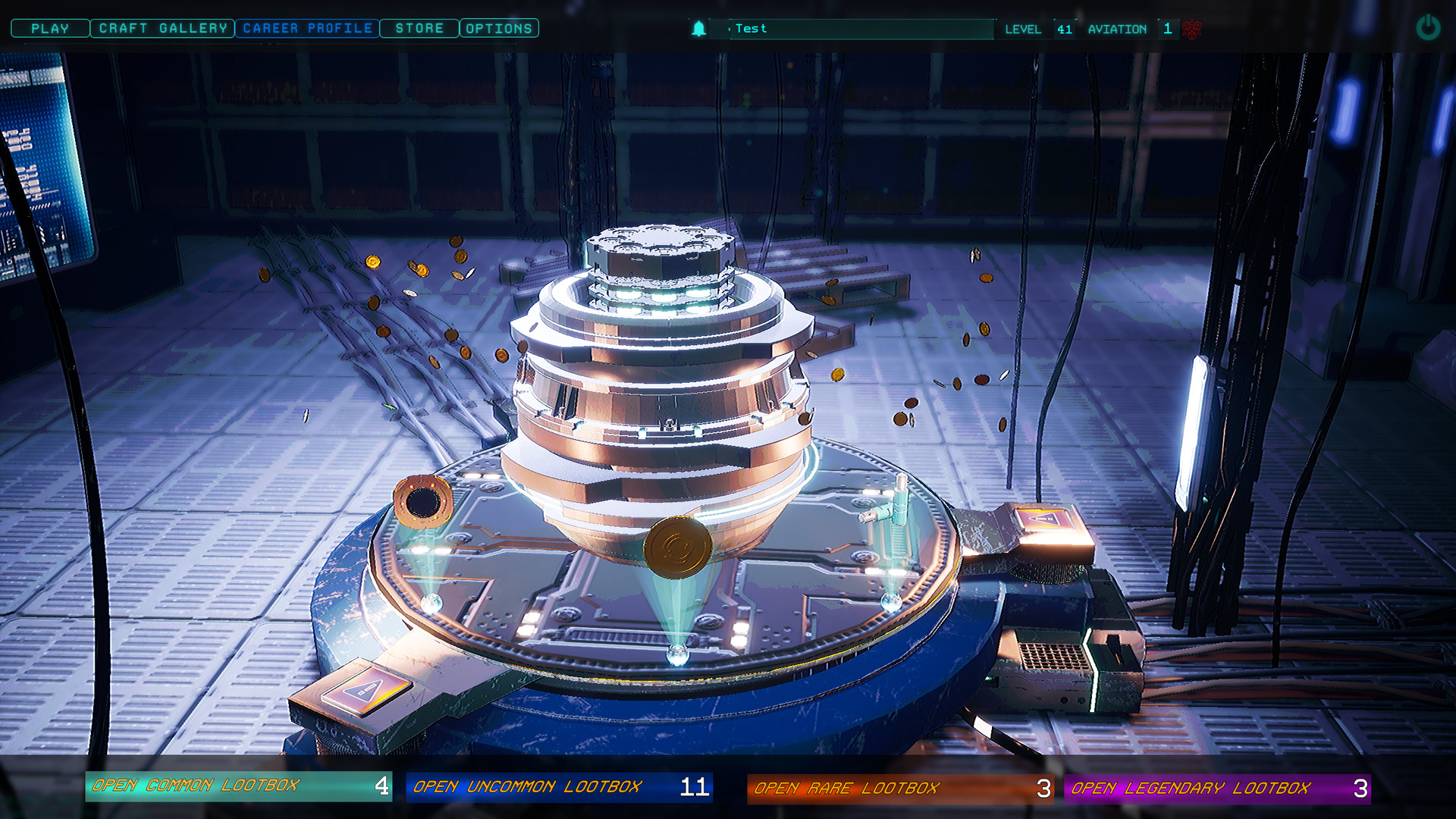 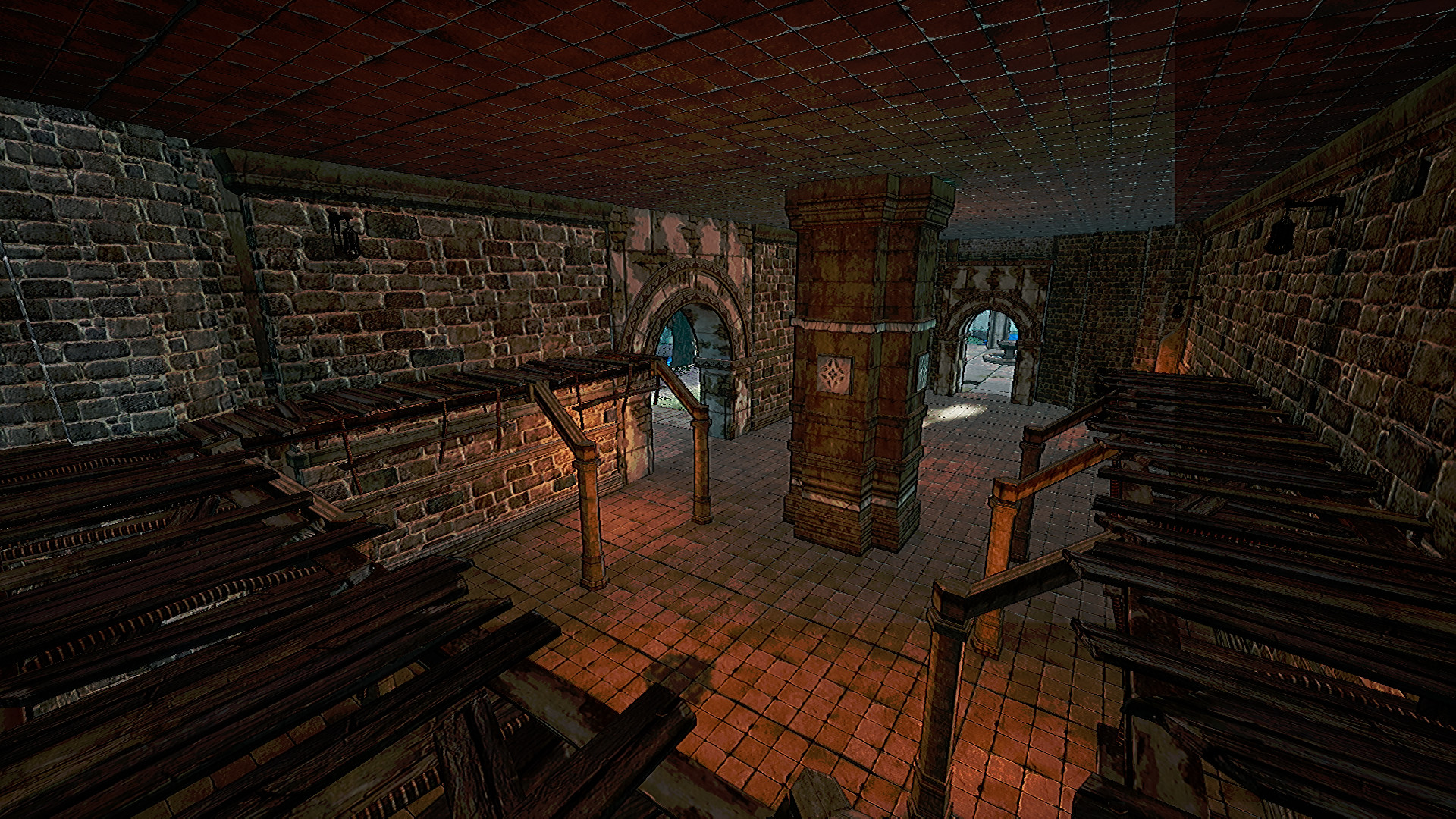 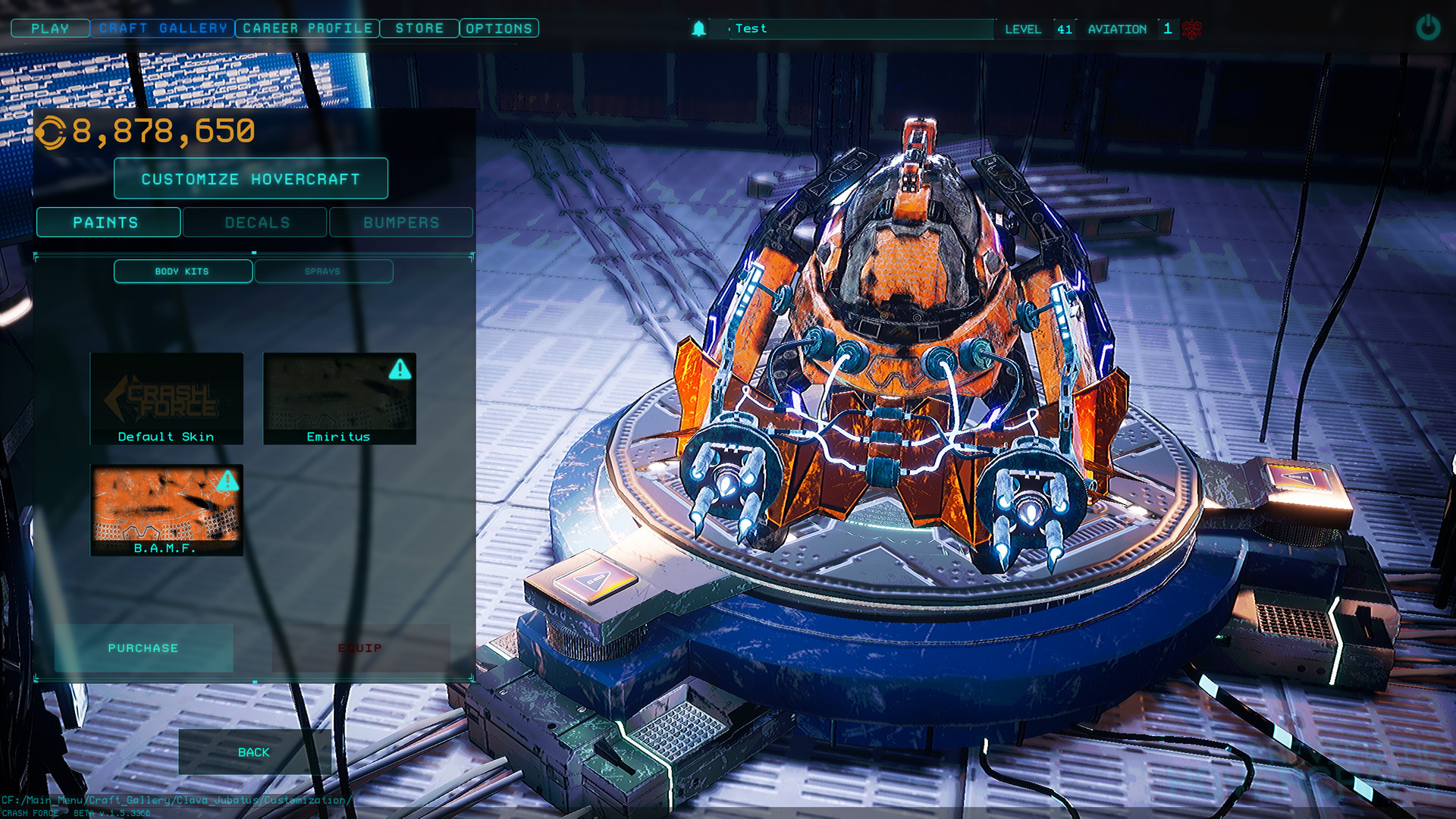 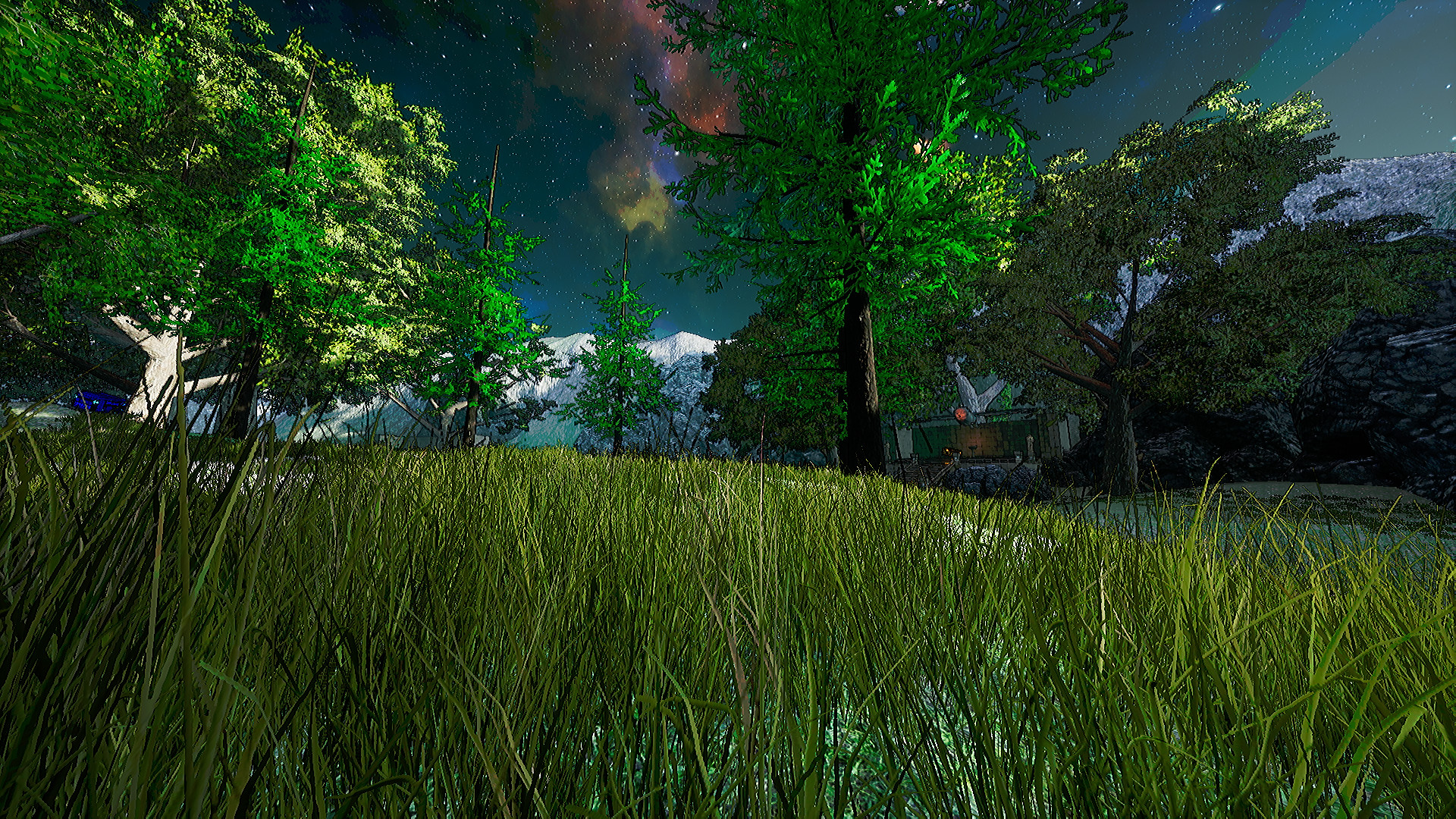 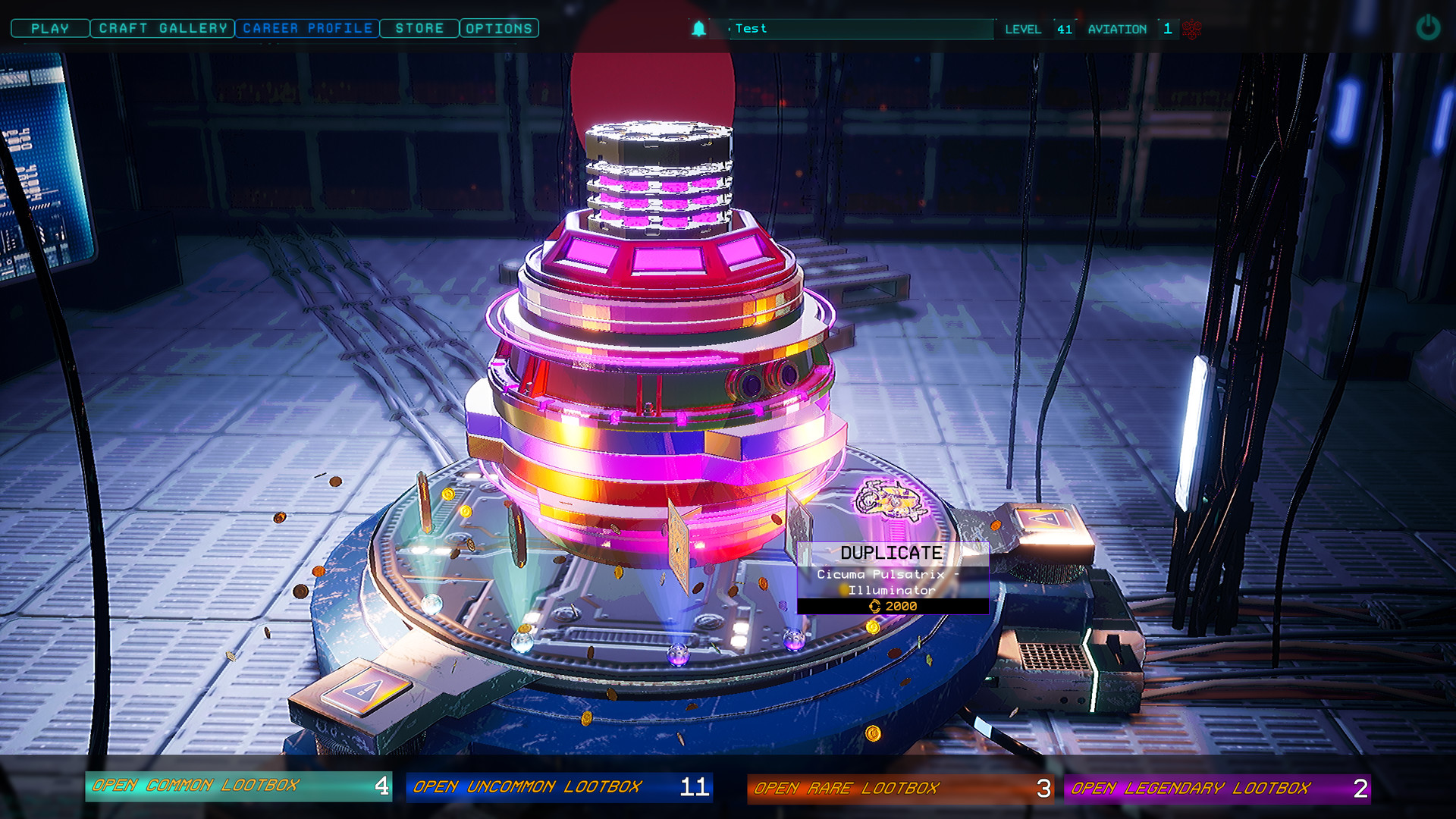 Crash Force is an online multiplayer, arena, shooting game at its core with RPG and racing elements.

Crash Force is a mixture of Quake, Unreal Tournament, Twisted Metal and Rocket League in an explosive, fast-paced and competitive sci-fi alternative universe where hovercraft families rule the universe.

The player assumes the role of a hovercraft to annihilate their enemies. You will have your pick from a variety of different hovercraft classes and skill trees, each with itâ™s own customizable options. This customization includes changing how the hovercraft looks, but also how it feels. This is achieved through RPG reminiscent skill trees that shape the way your hovercraft plays.

Every level you get a skill point, which you can use to further your skill trees, you can unlock buffs to health, speed, ammo, weapon damage, and more. Every 30 levels, you get an aviation point. Aviation points are used to unlock the larger skill sections. They give unique skills to the gameplay like lifesteal, exploding death and spawn invulnerability.

Enter the heat of battle with free for all, team deathmatch and objective based games to rise in the ranks and unlock new decals, bumpers and skill points to further your skill trees. Crash force comes to you with a variety of different maps, each with a vastly different environment. On each of these maps you will conquer other hovercraft, with a primary fire, a secondary fire and a selection of 4 abilities that you will use to change the course of the fight.

Once you have customized your craft and chosen your game type, it will be time to wreak havoc on the online player base.
İlan Ekle! İlanlarım
İlan Ekle İlanlarım
Durum
Resim
Adı
Açıklama
Yorumlar
Teslim Saati
Stok
Miktar
Fiyat