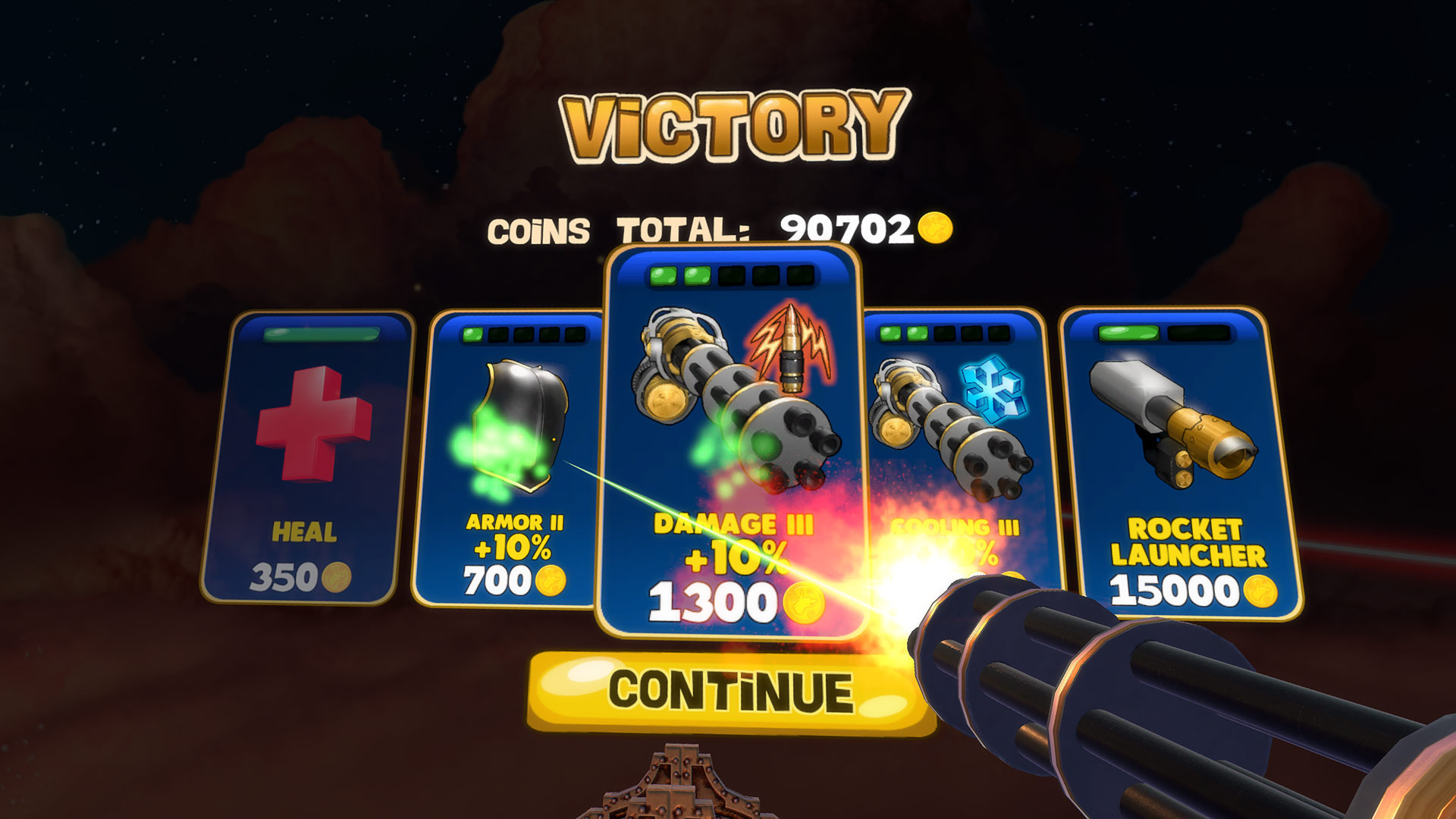 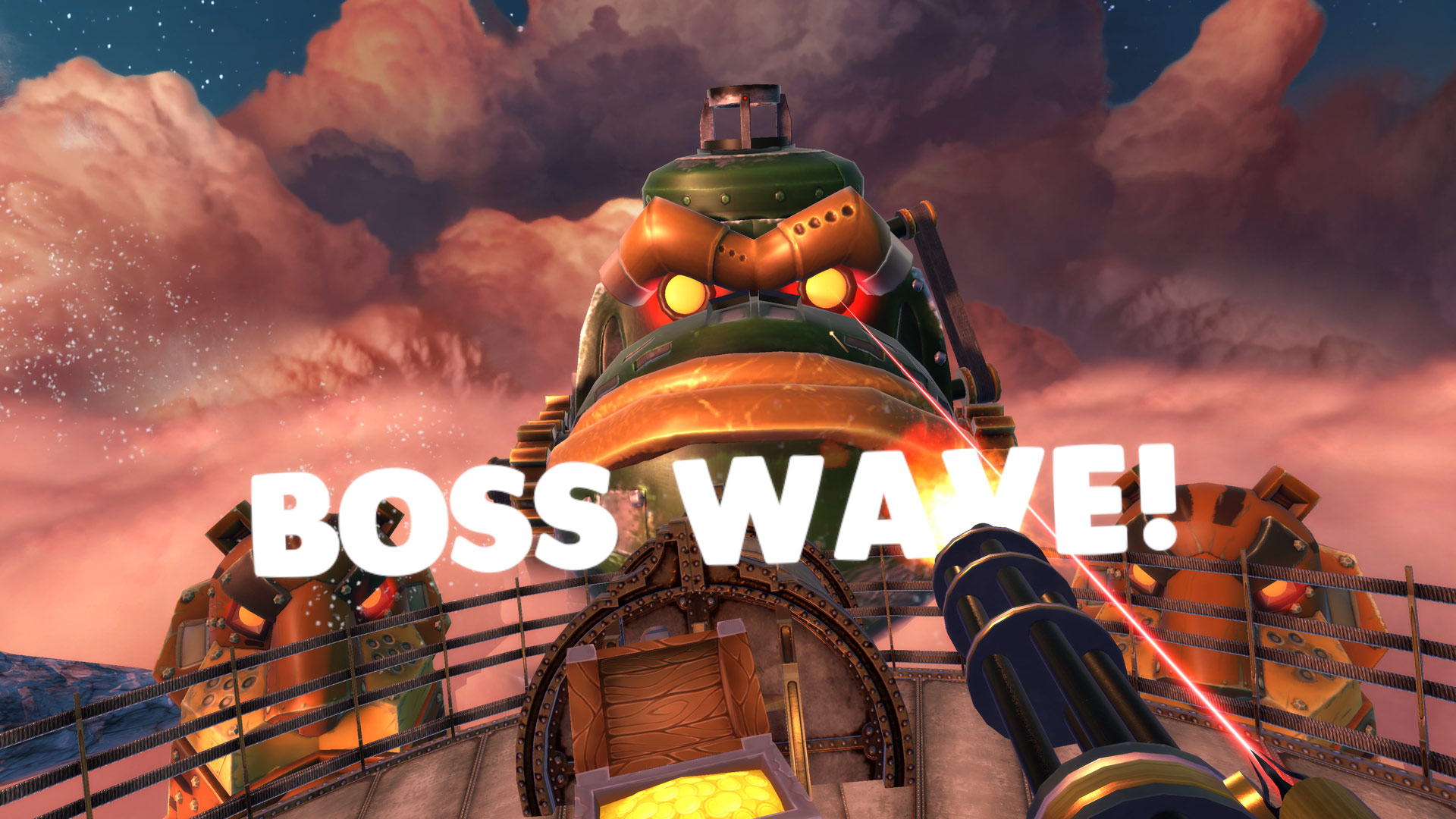 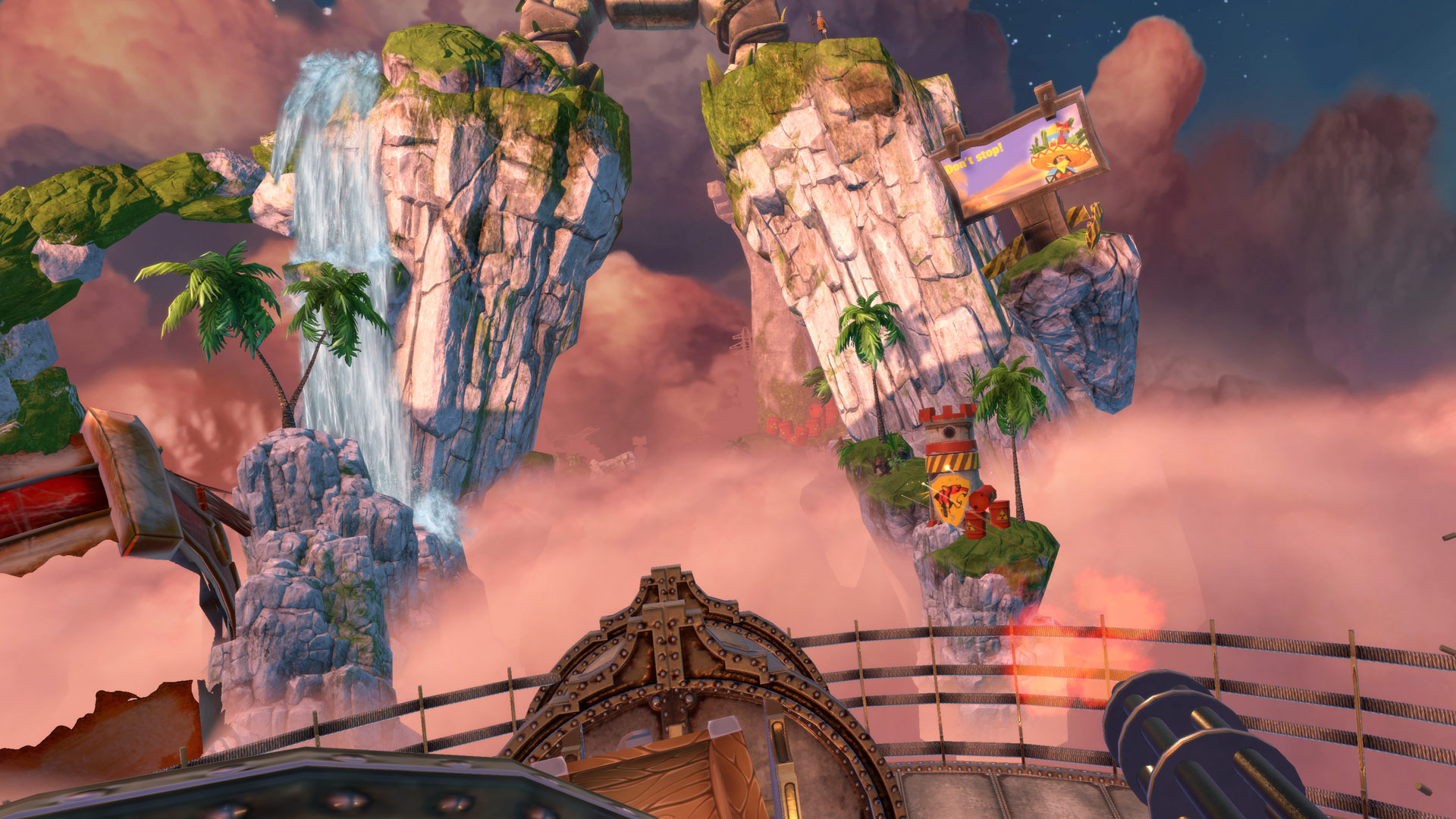 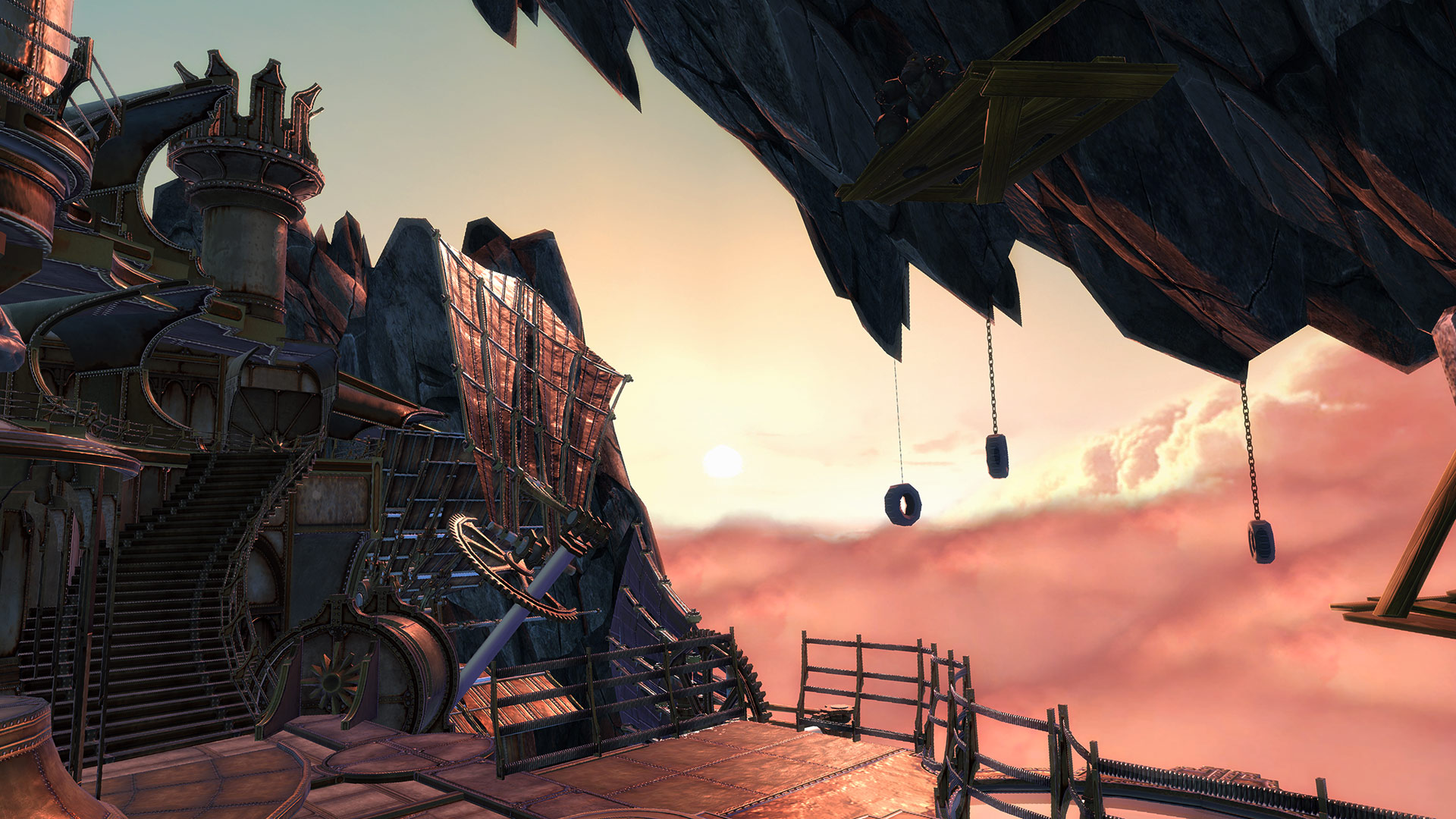 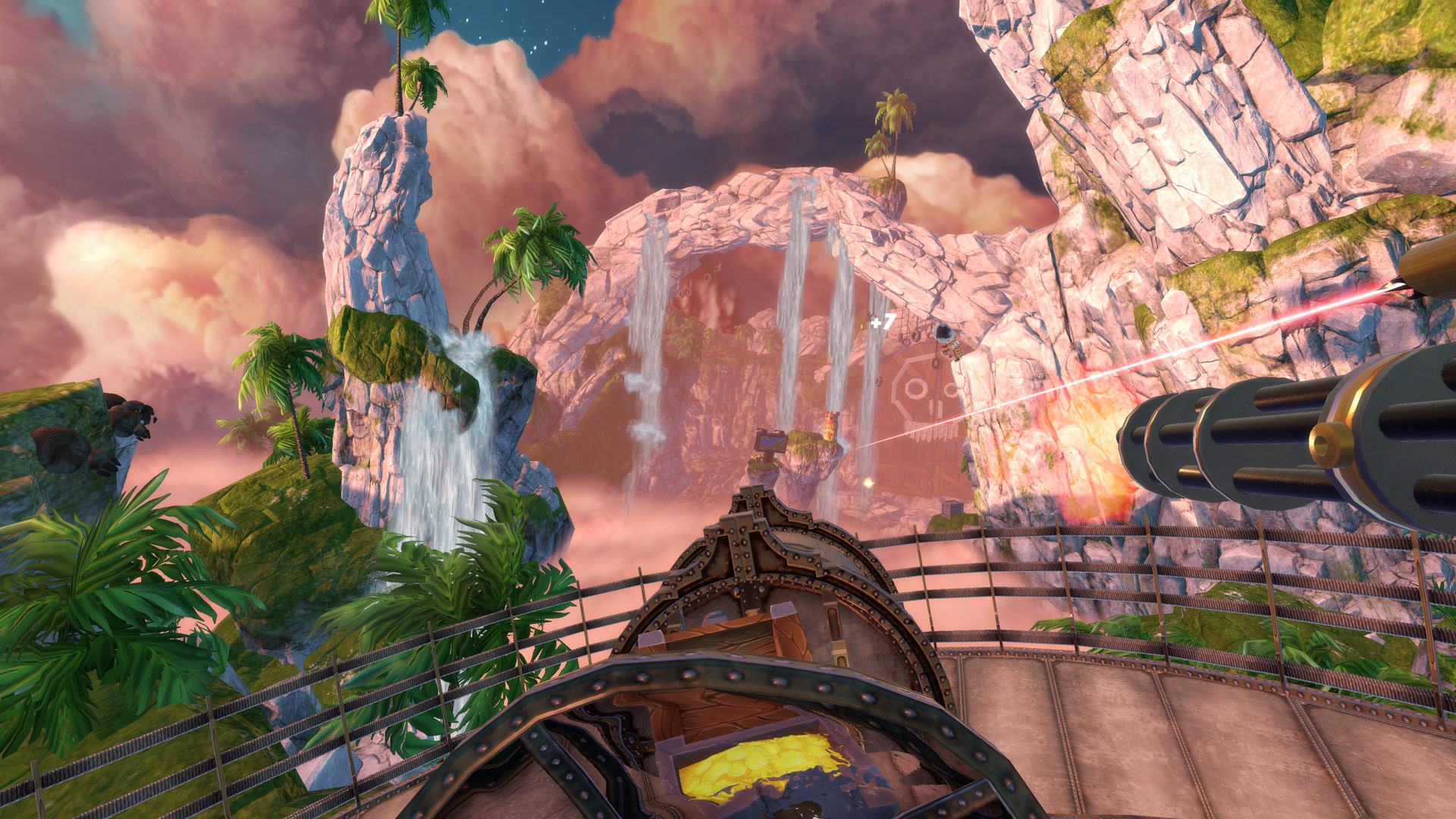 Ğn the ruins of the old world, among the picturesque fragments of civilization, the last ship of the Great Mechanical Armada wades deep into the territory of Cargo Cult to steal El Dorado. You’re the captain.

The world that has been destroyed and has revived from ashes. The world full of ancient wooden mechanisms and stone golems worshipping them, beautiful palms and deadly homing missiles. Fancy place that will never make you stop being surprised!

Shootâ™nâ™Loot will give you all of these and even more! Turn fragile schooner into a deadly machine of destruction carrying death, disruptionâ¦ and lots of FUN!
Shoot crowds of armed to the teeth opponents and collect variety of treasures in the most exciting VR experience ever - SHOOT’n’LOOT!

Hurricane Shootâ™em Up + Virtual Reality = Unlimited Drive!
The titanic rock is falling right on your head! You have never felt such a deep experience before, but you can now!

Cover yourself with a shield, fire with two hands, make a real Armageddon with a machine gun in one hand, shotgun in the other and piece of huge rock you have blown up! Unlock and upgrade all types of weapons including deadly Doom Rocket Launcher!

Panoramik Inc. has been making games since 2005. We specialize in creating different types of games, ranging from casual ones up to mid core.

Also you can check our other projects. Popular and addictive RPG with elements of strategy Forge of Gods and NEW chibi-style fancy card collectable RPG Mighty Party.