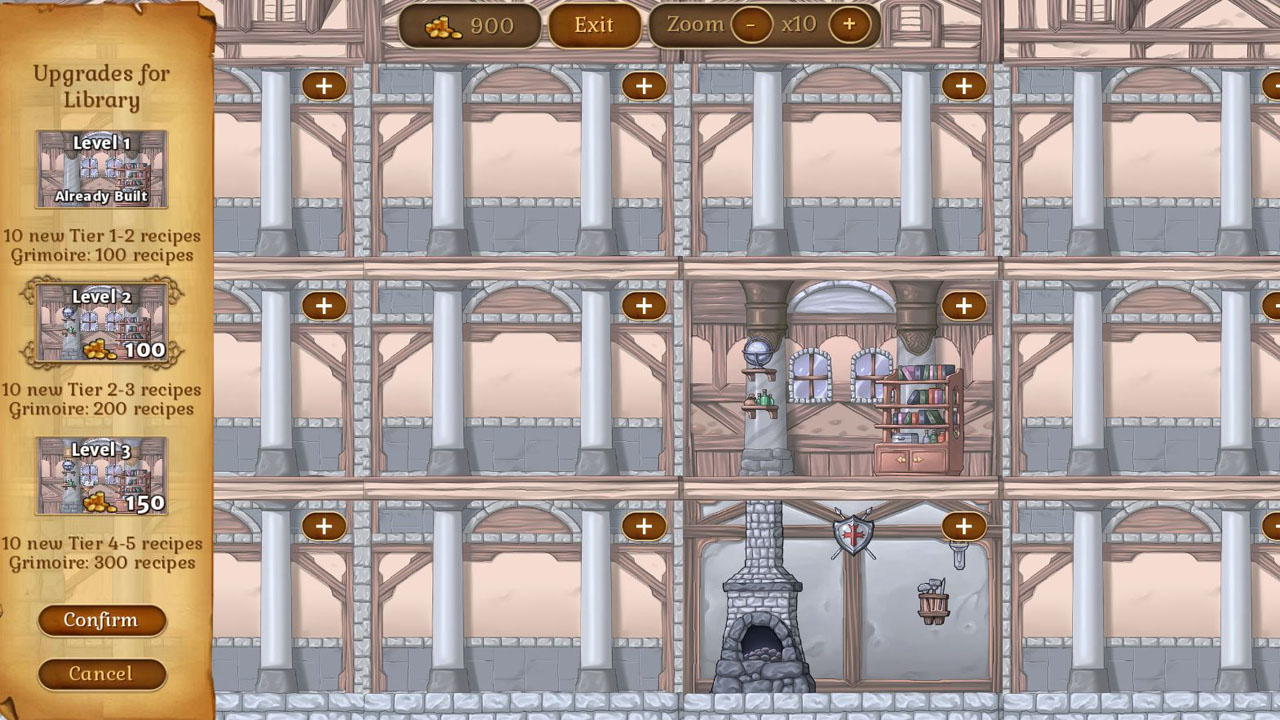 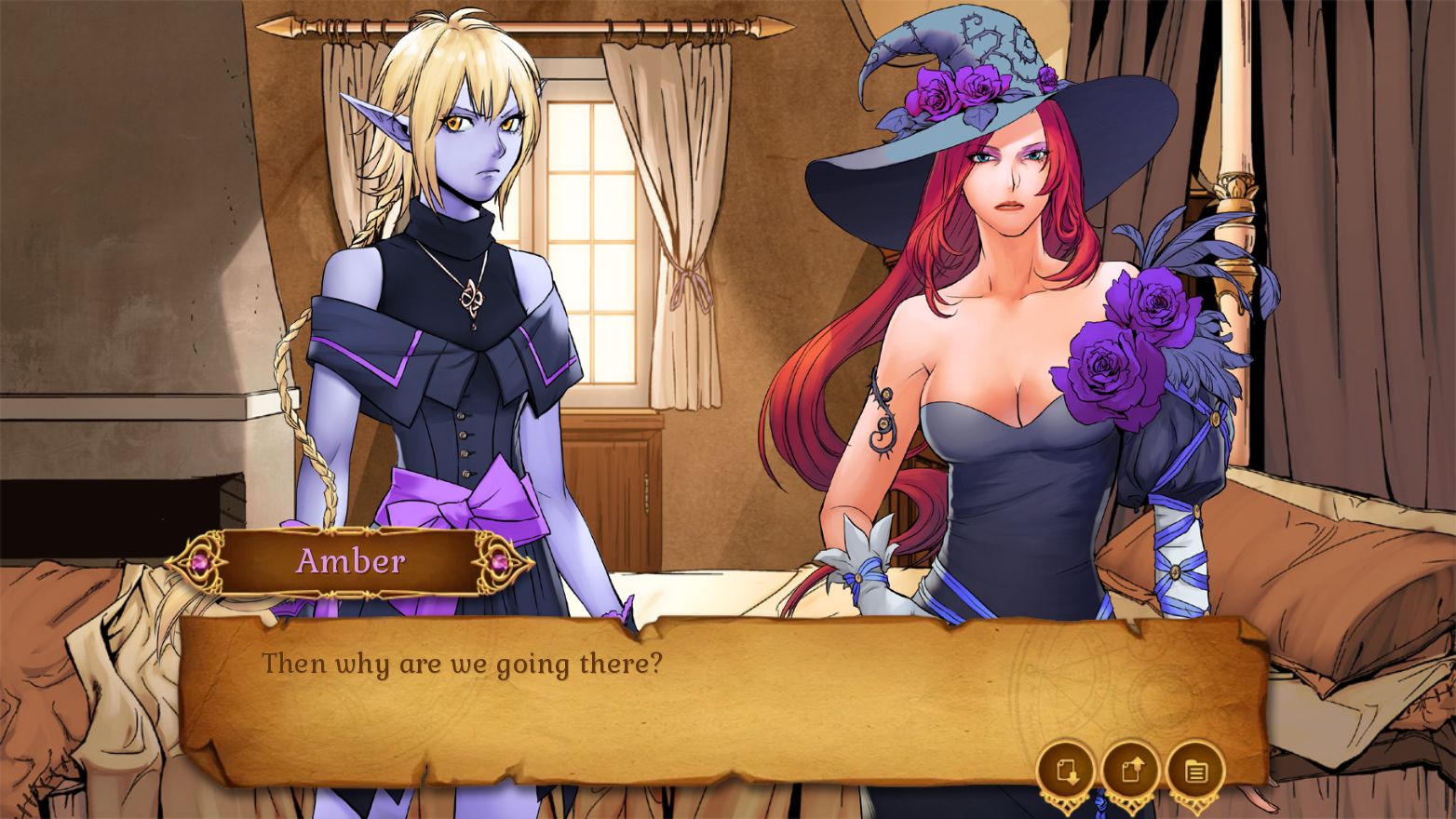 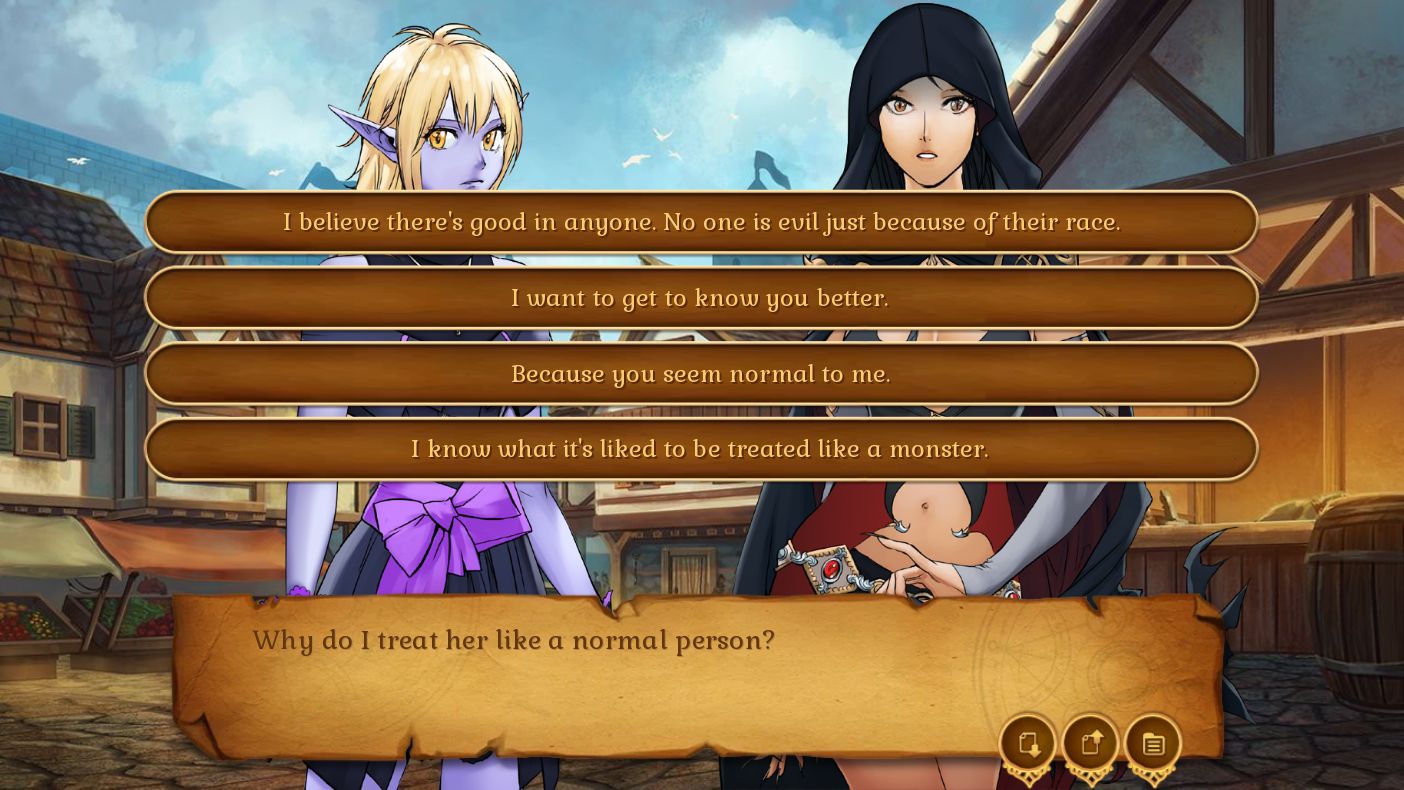 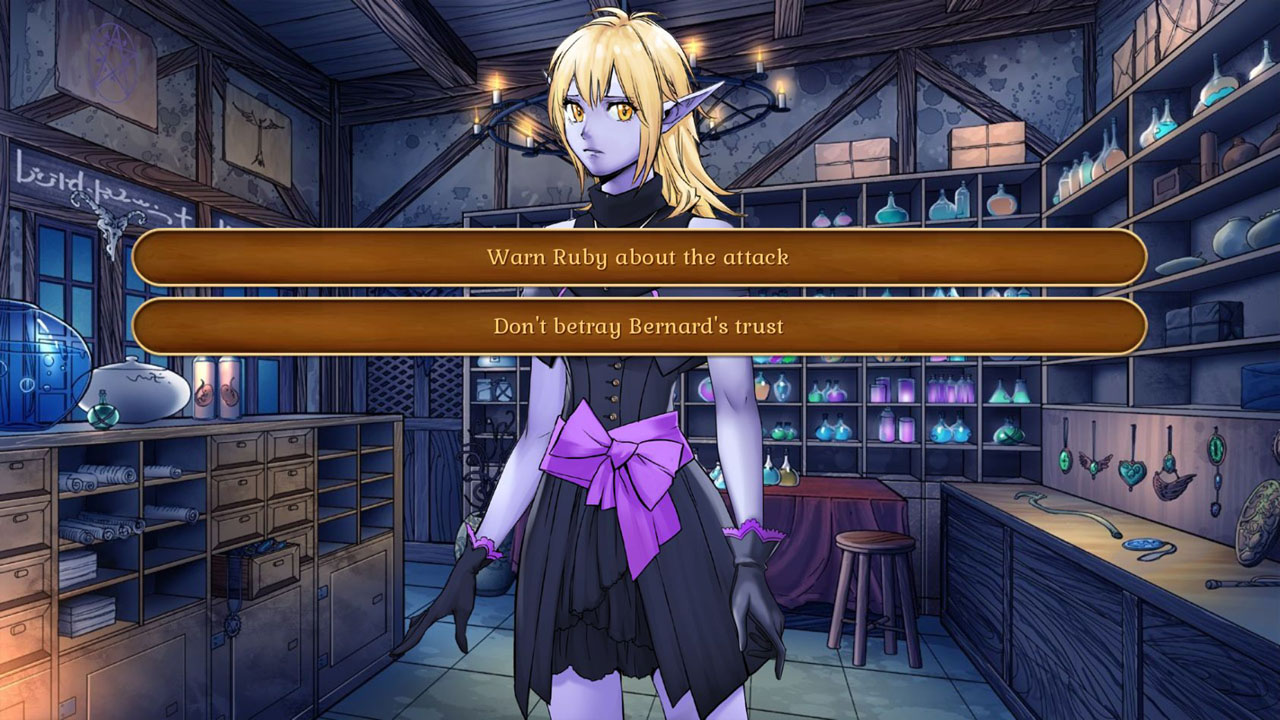 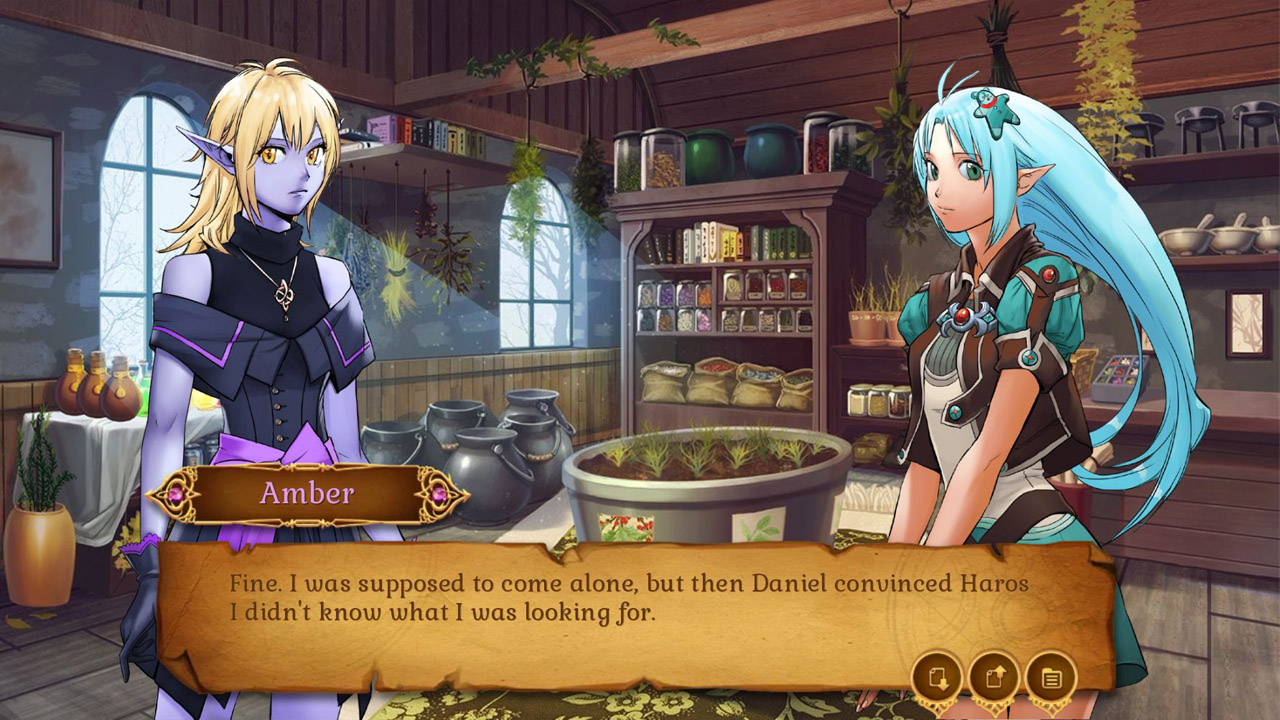 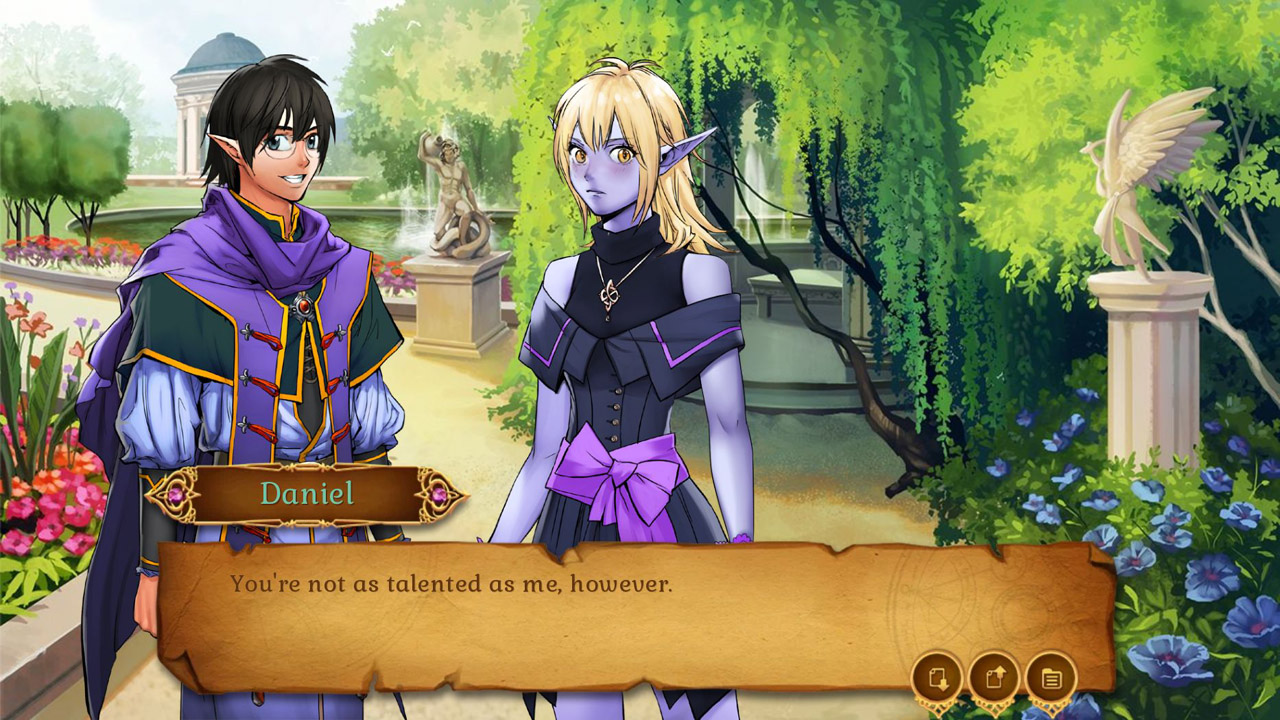 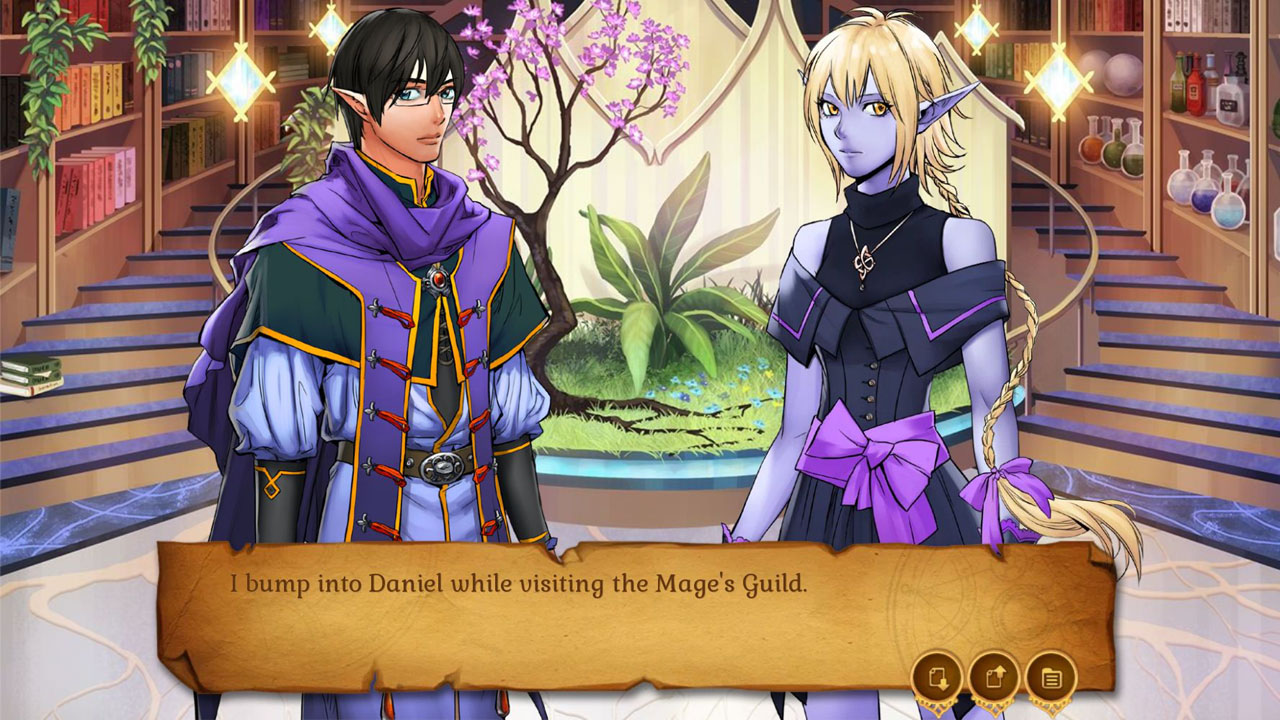 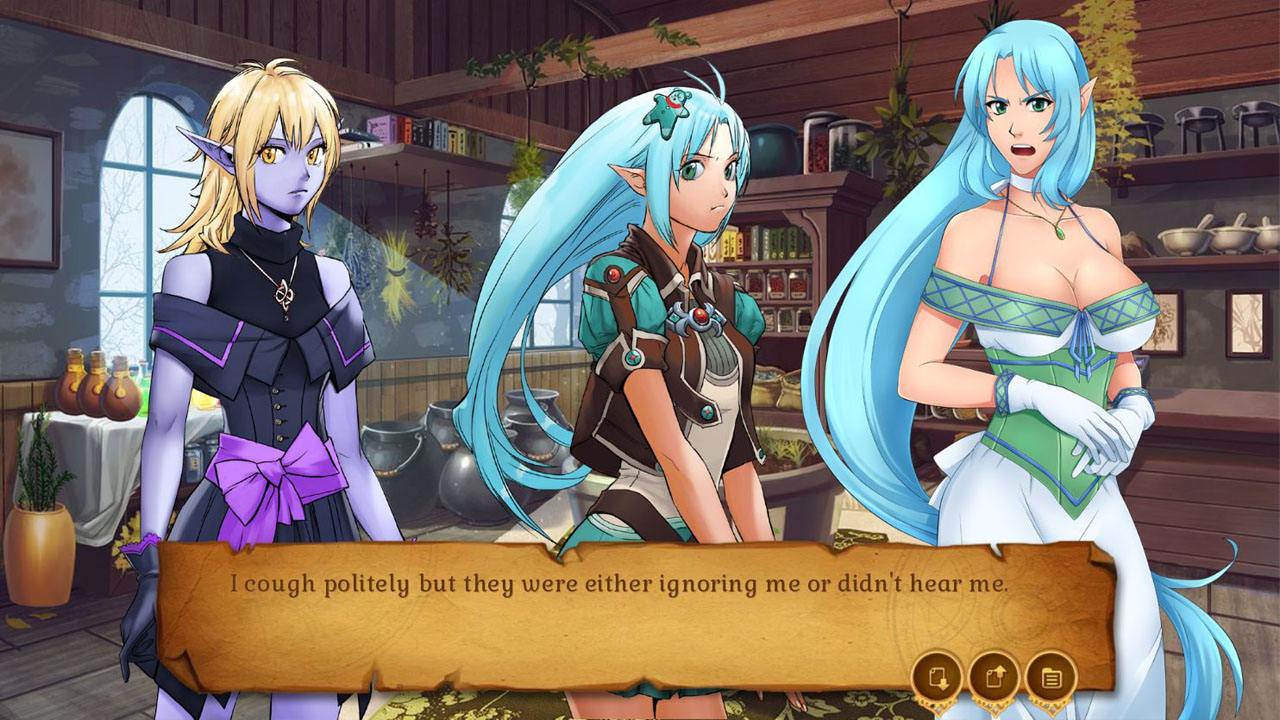 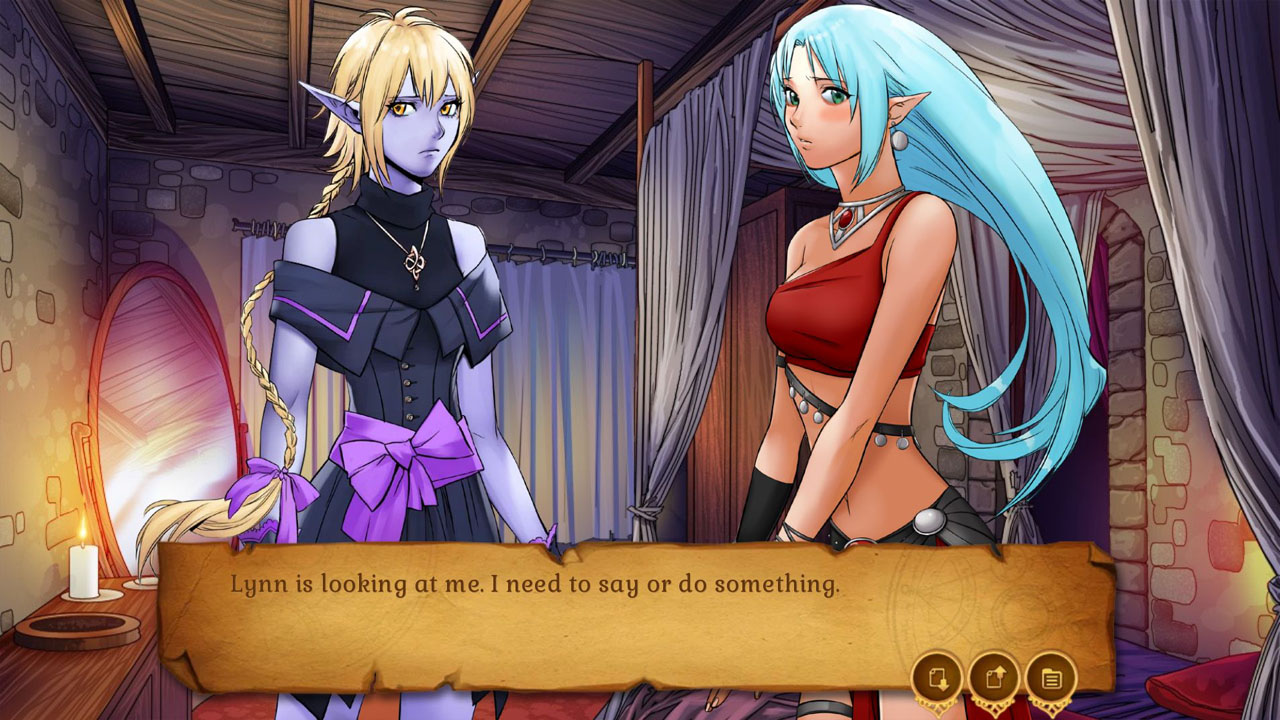 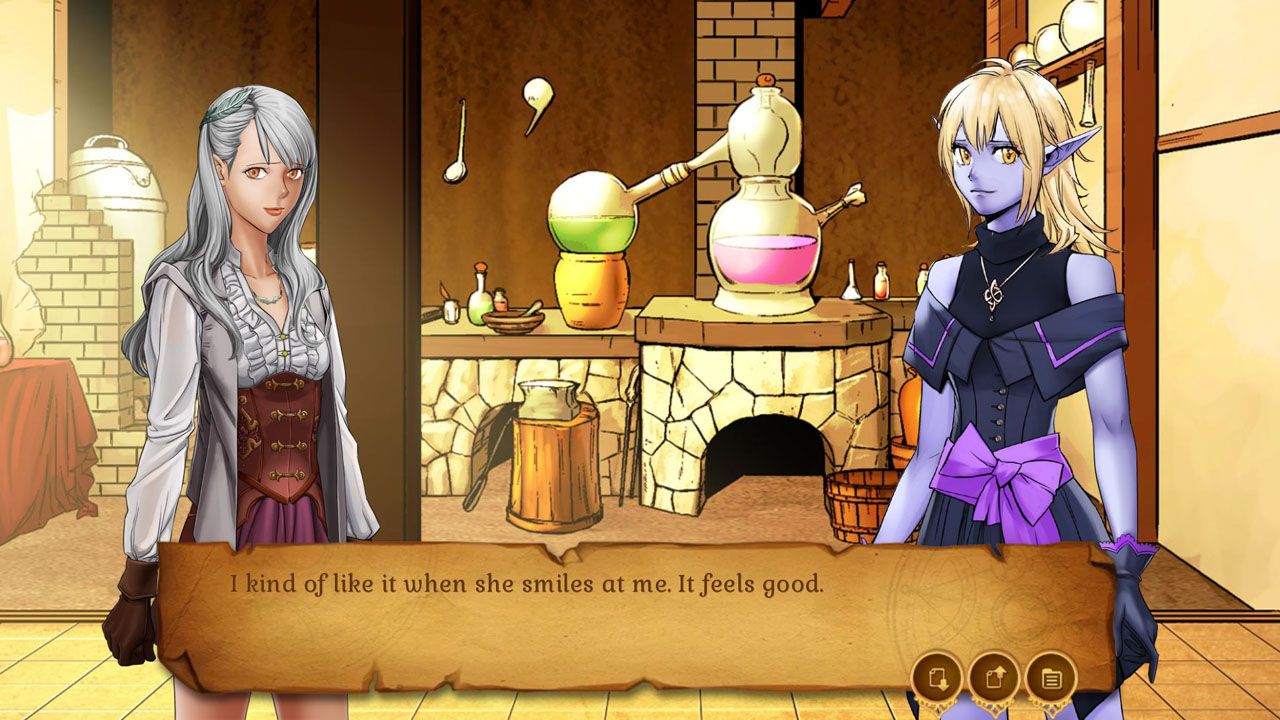 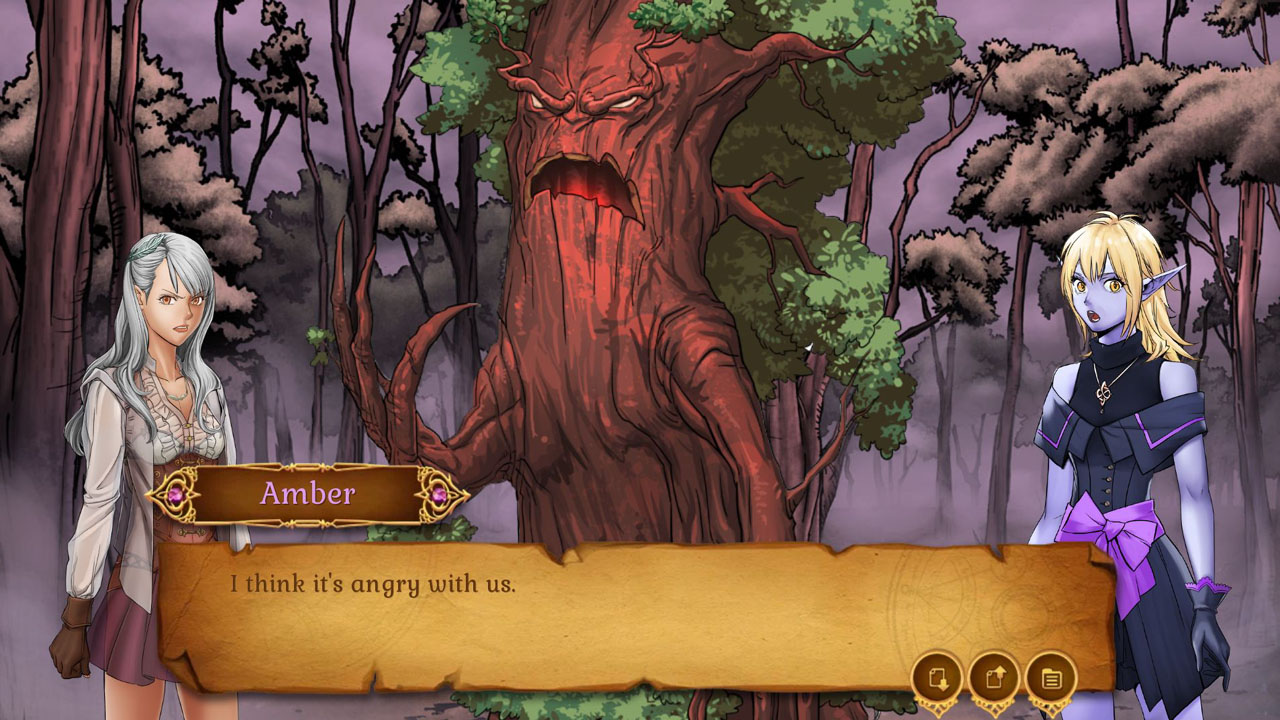 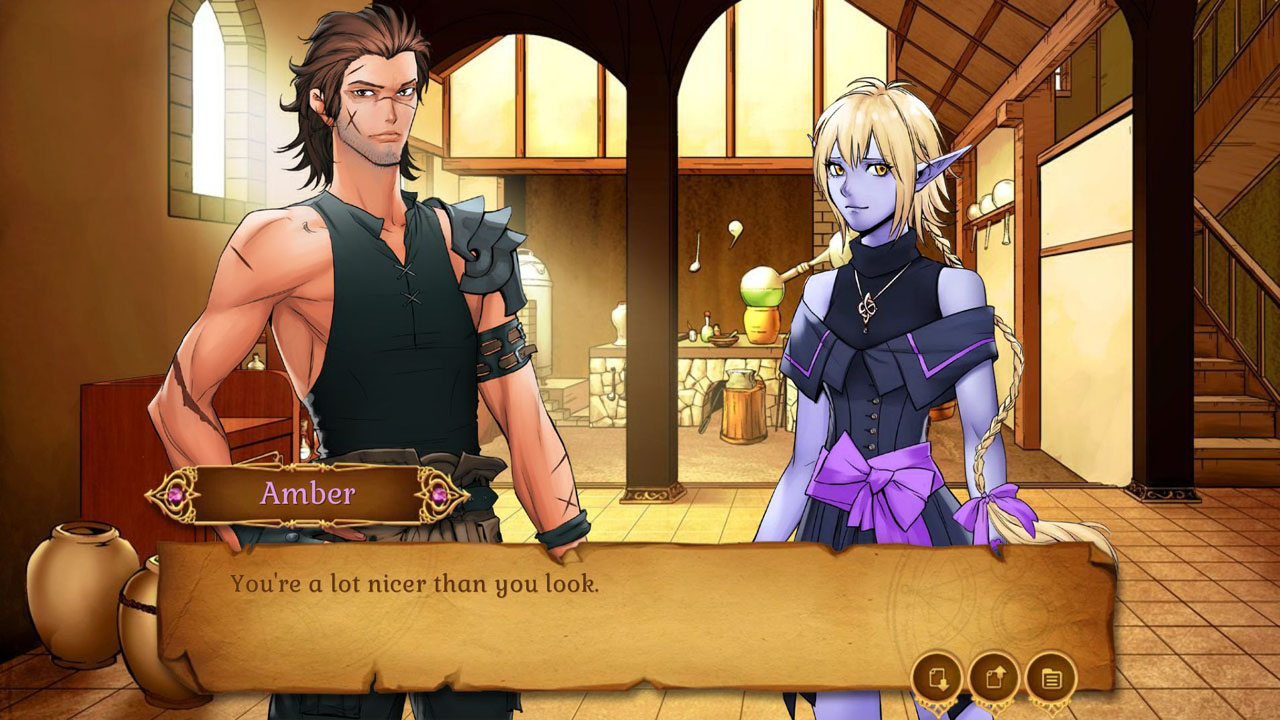 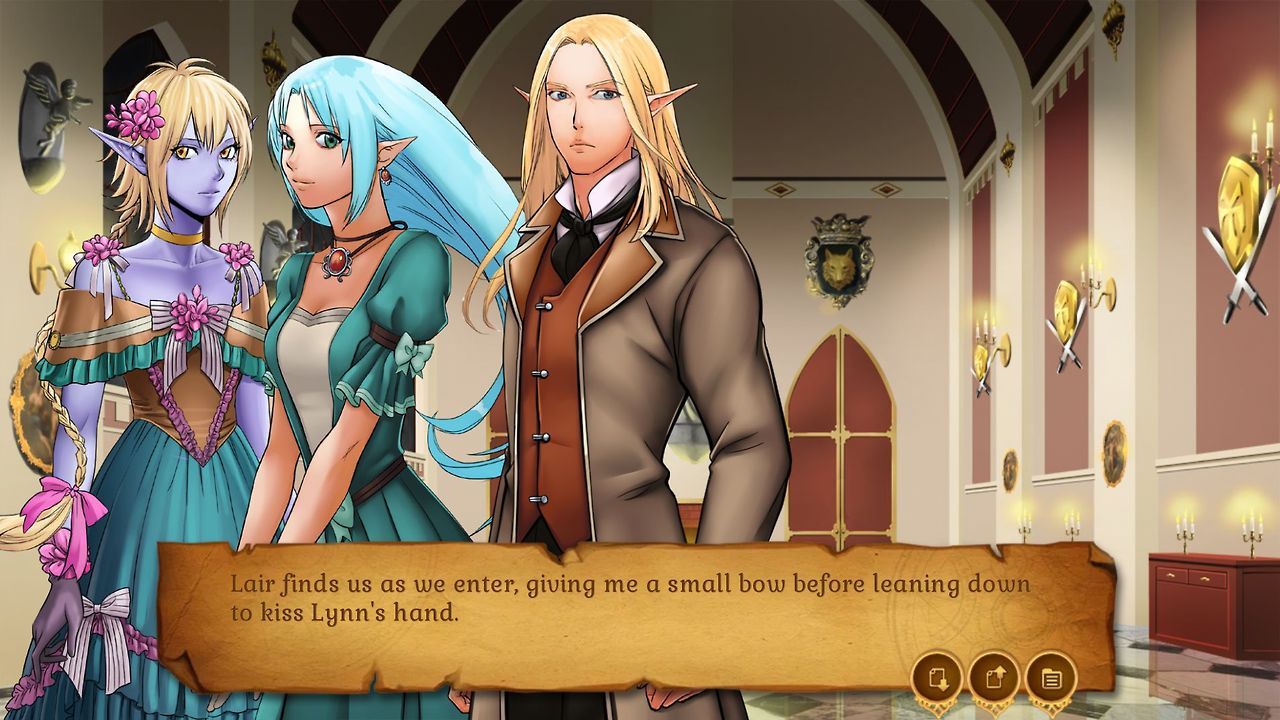 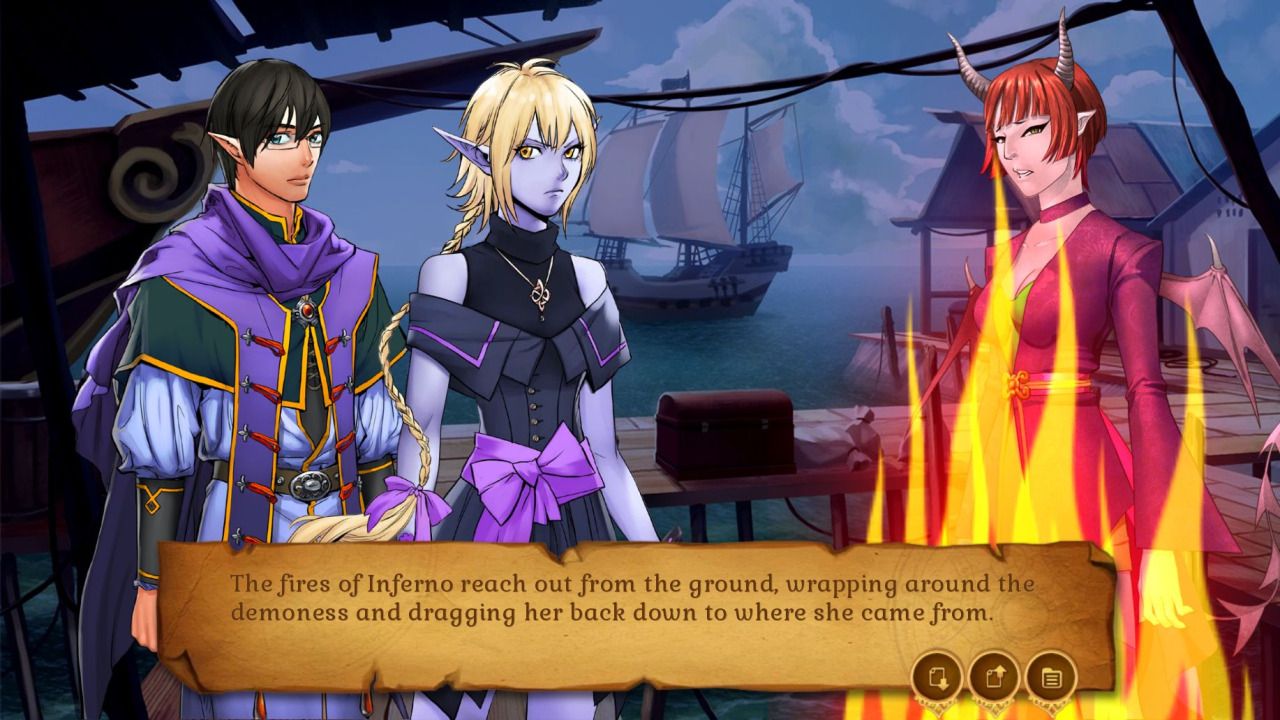 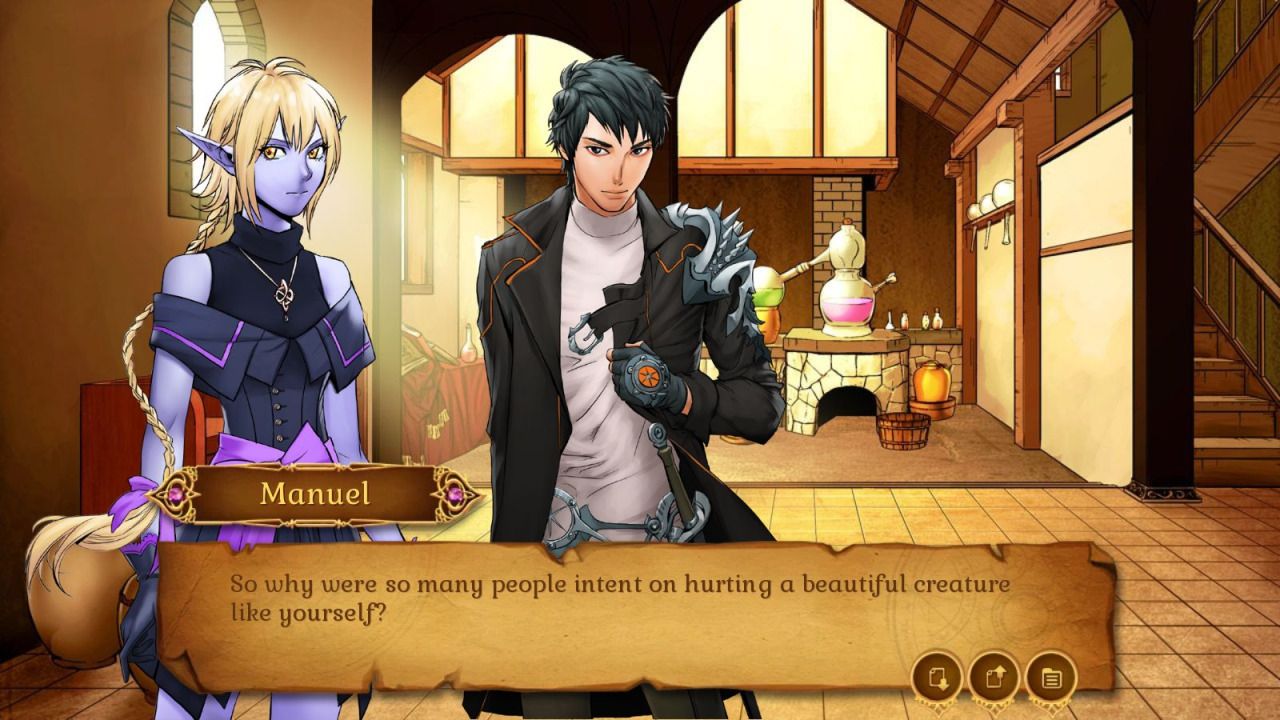 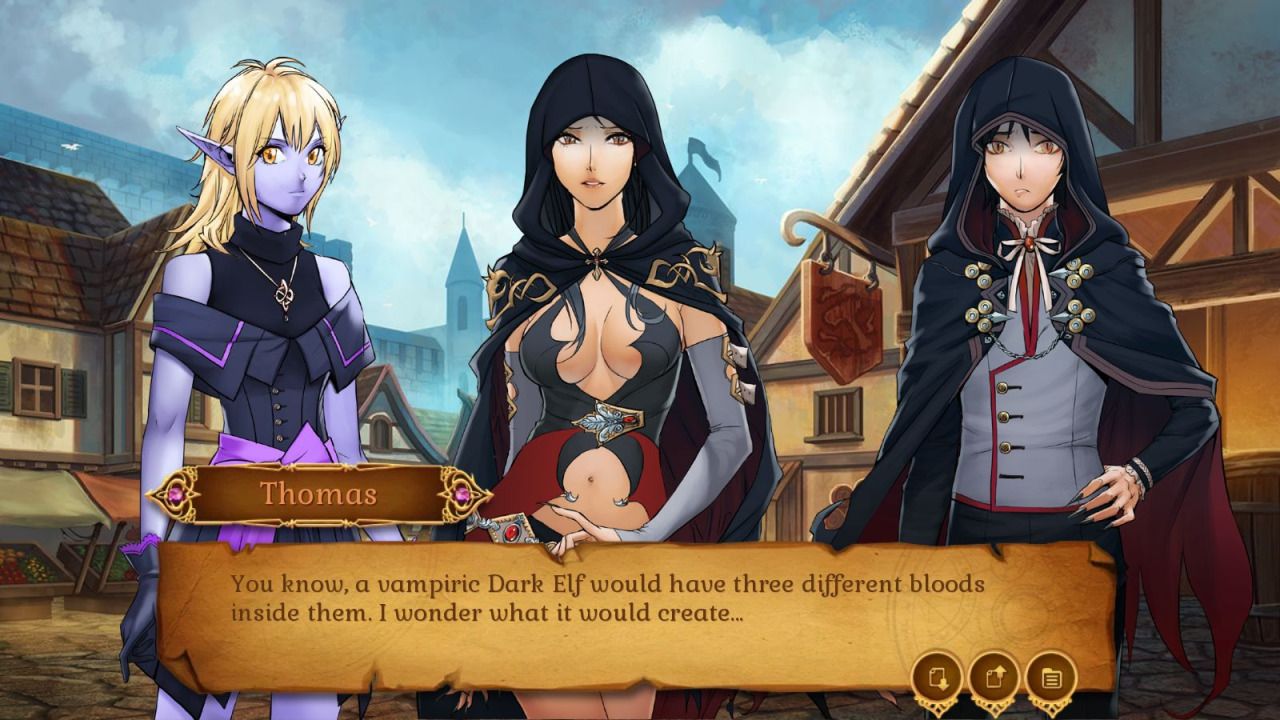 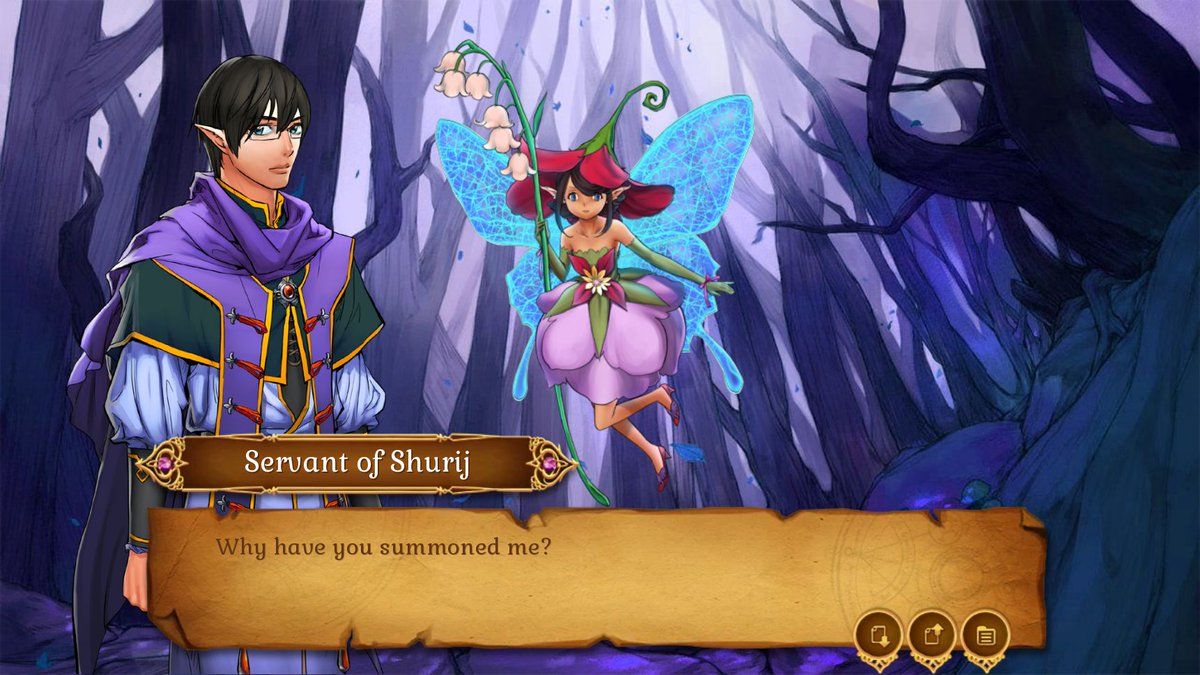 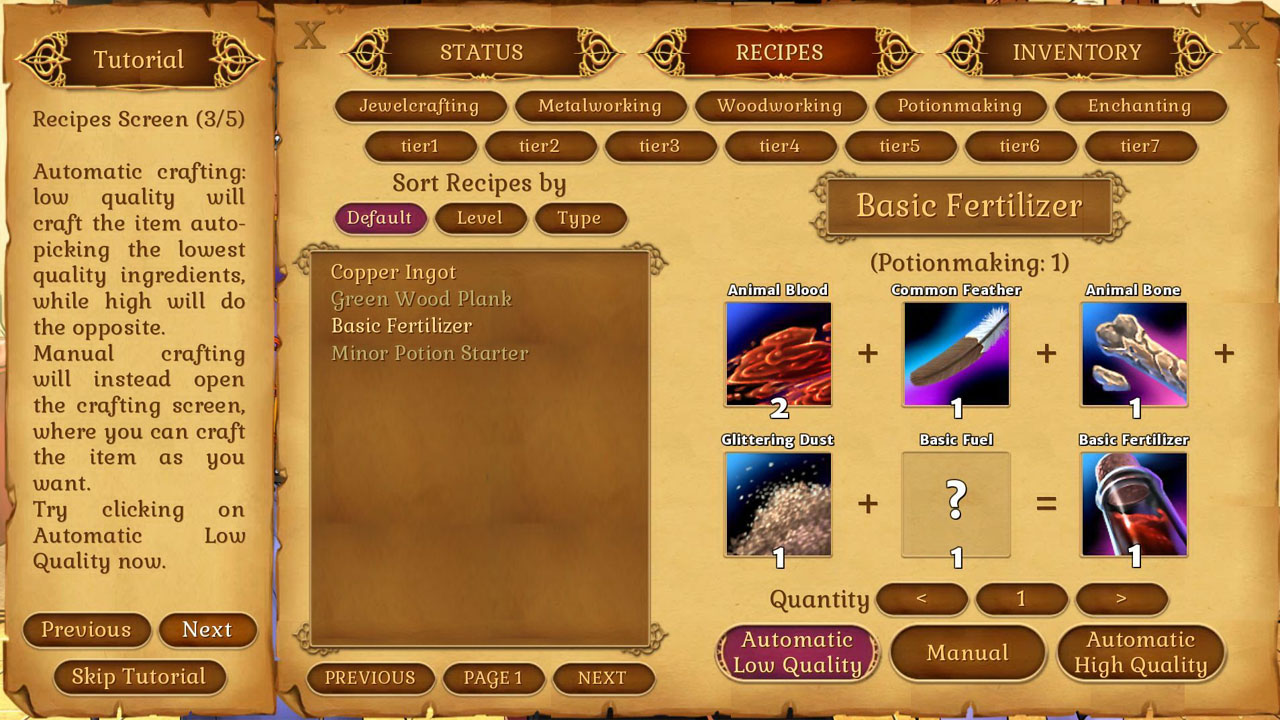 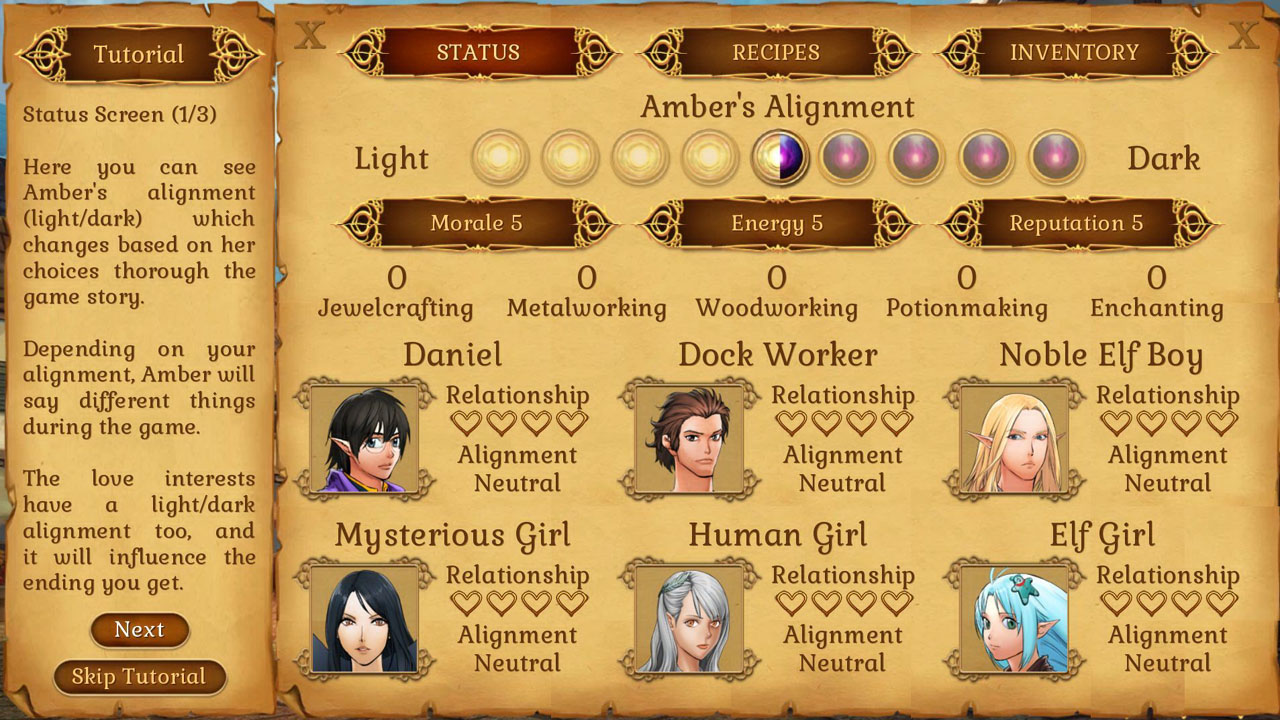 A darker fairy tale: this time, the setting is much darker than in previous games.

Craft to earn money and experience

Amber, a dark elf, was abandoned as baby in the woods south of Icesilia. She was found and raised by Vin, a witch, who decided she should become an alchemist. When Amber turned sixteen, Vin sent her to Icesilia as apprentice to the legendary mage Haros.

In the big town of Icesilia, she’ll train and once she reachs adult age, become a master alchemist running her own shop, and along the way also meet interesting characters who might become something more than just friends:


The game can be played as a dating sim and offers an optional crafting/simulation game. Each choice will change Amber’s (and her friends/love interests) alignment: there’s Dark and Light. But be careful: dark and light doesn’t mean wrong or right. There are no right or wrong choices in this game, though some endings are more sad and cruel than others!

The game features 4 different endings for each love interest, with some dark events/scenes never seen before in a Winterwolves’ game. Play the game at your own risk! Unlock all the endings of a specific character to discover bonus pin-up images.
İlan Ekle! İlanlarım
İlan Ekle İlanlarım
Durum
Resim
Adı
Açıklama
Yorumlar
Teslim Saati
Stok
Miktar
Fiyat