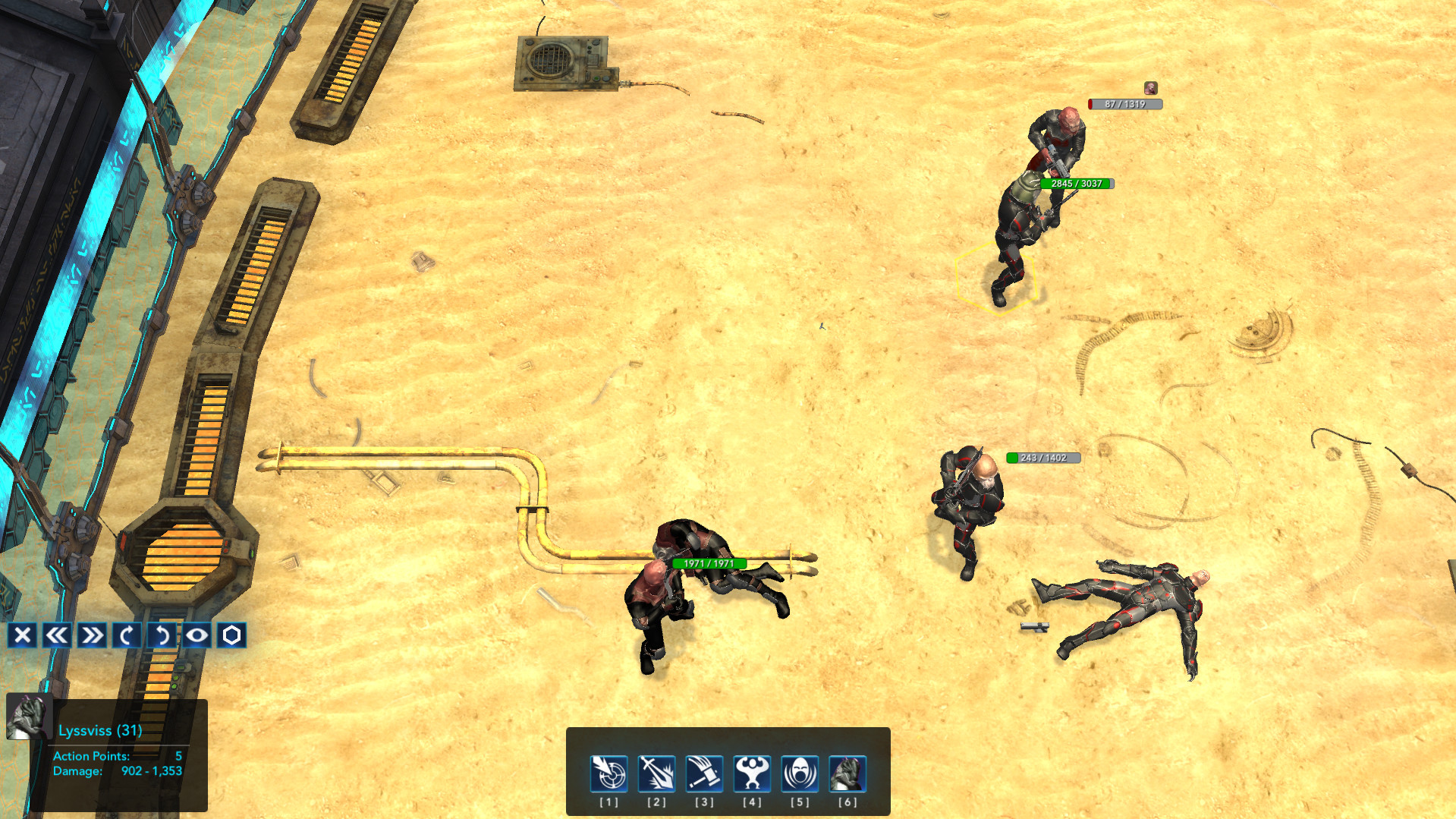 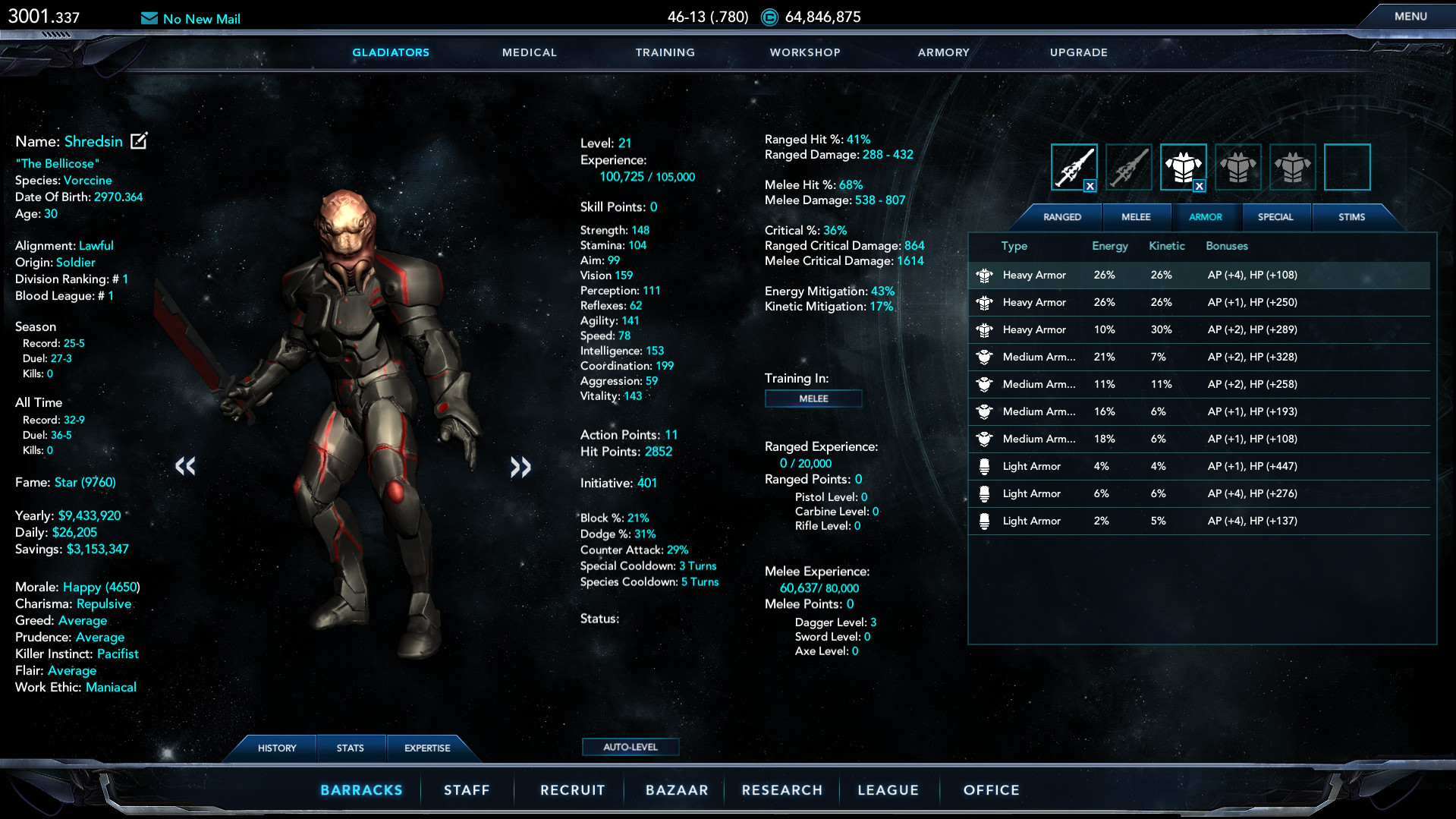 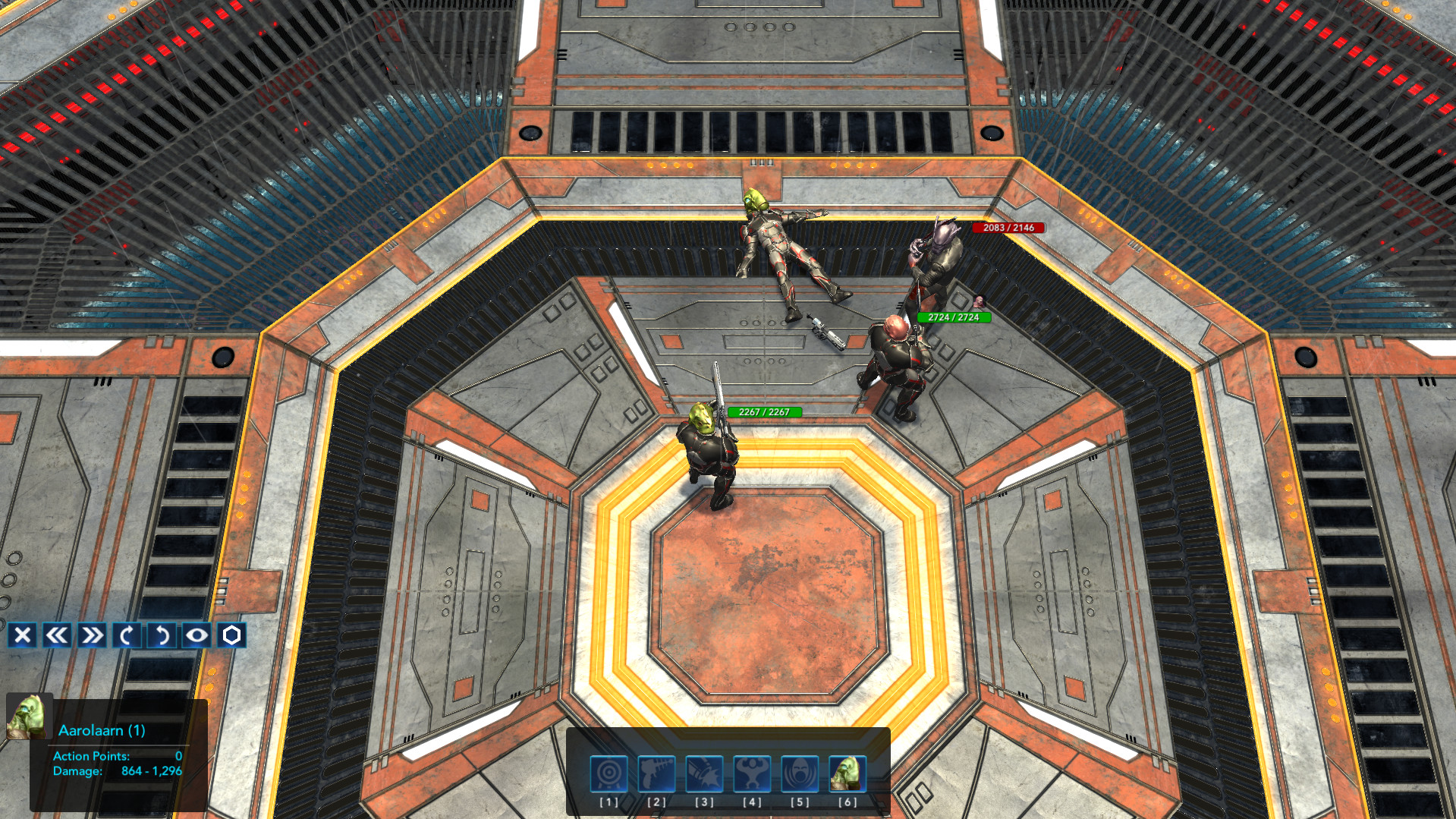 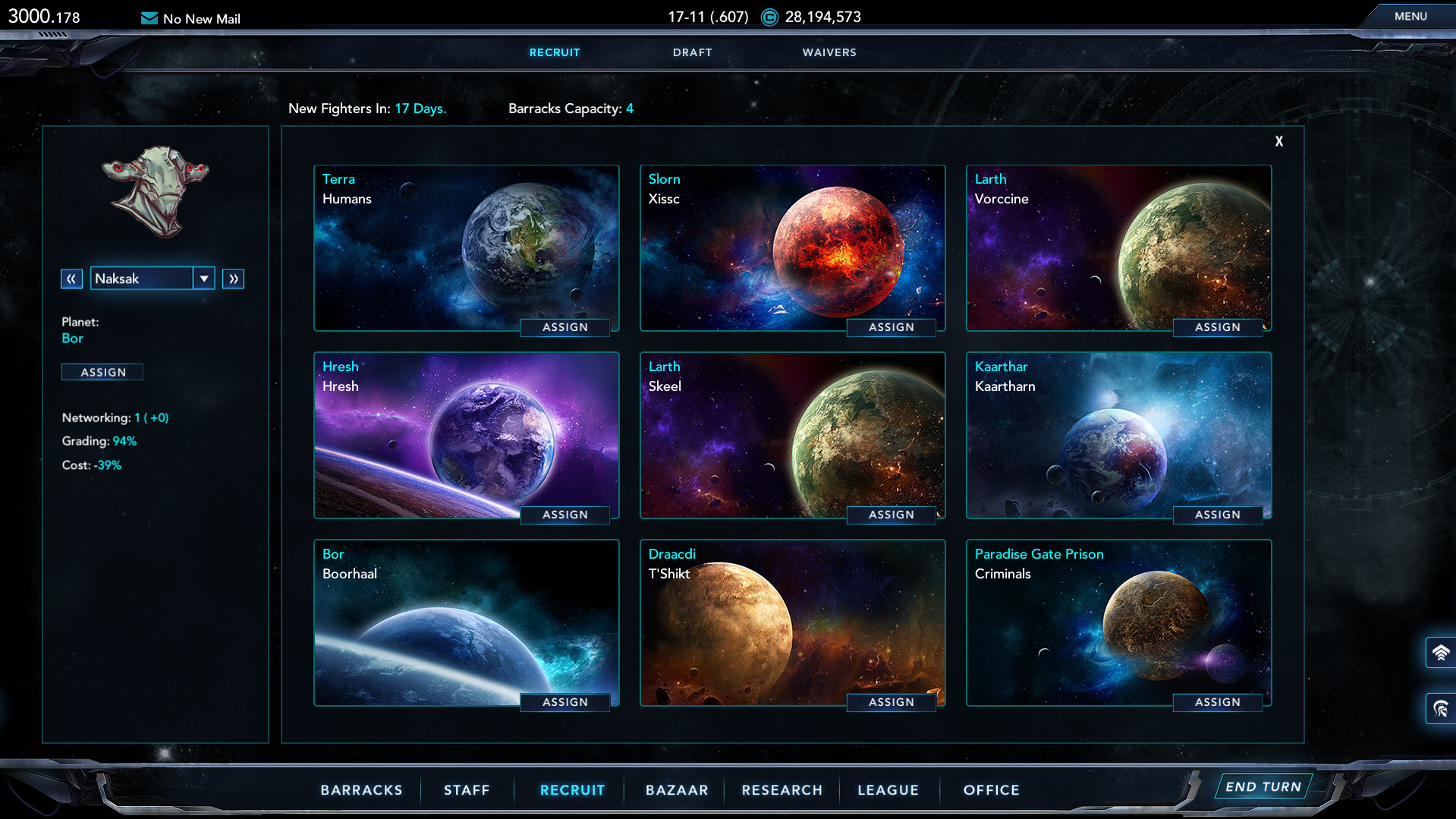 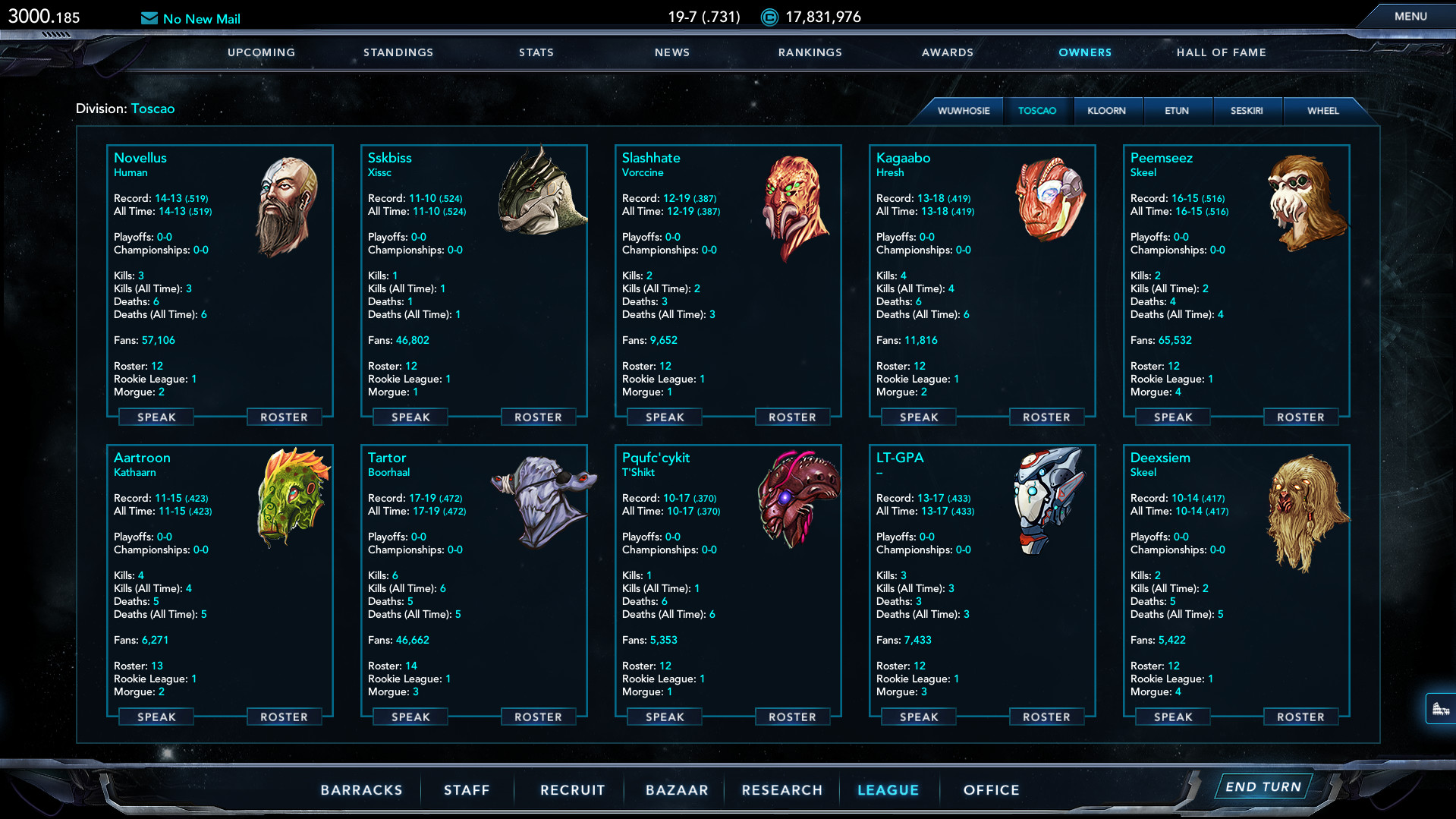 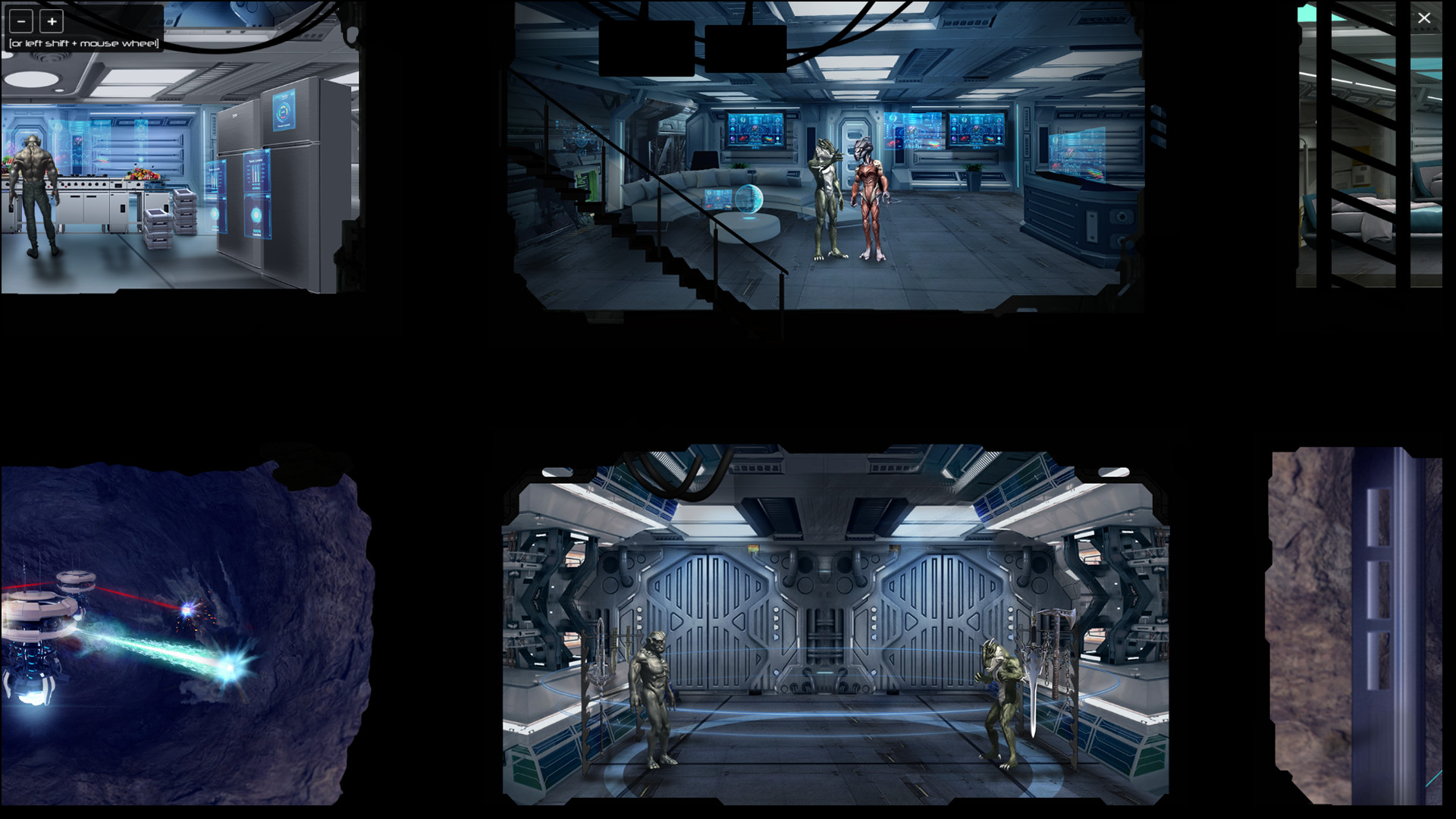 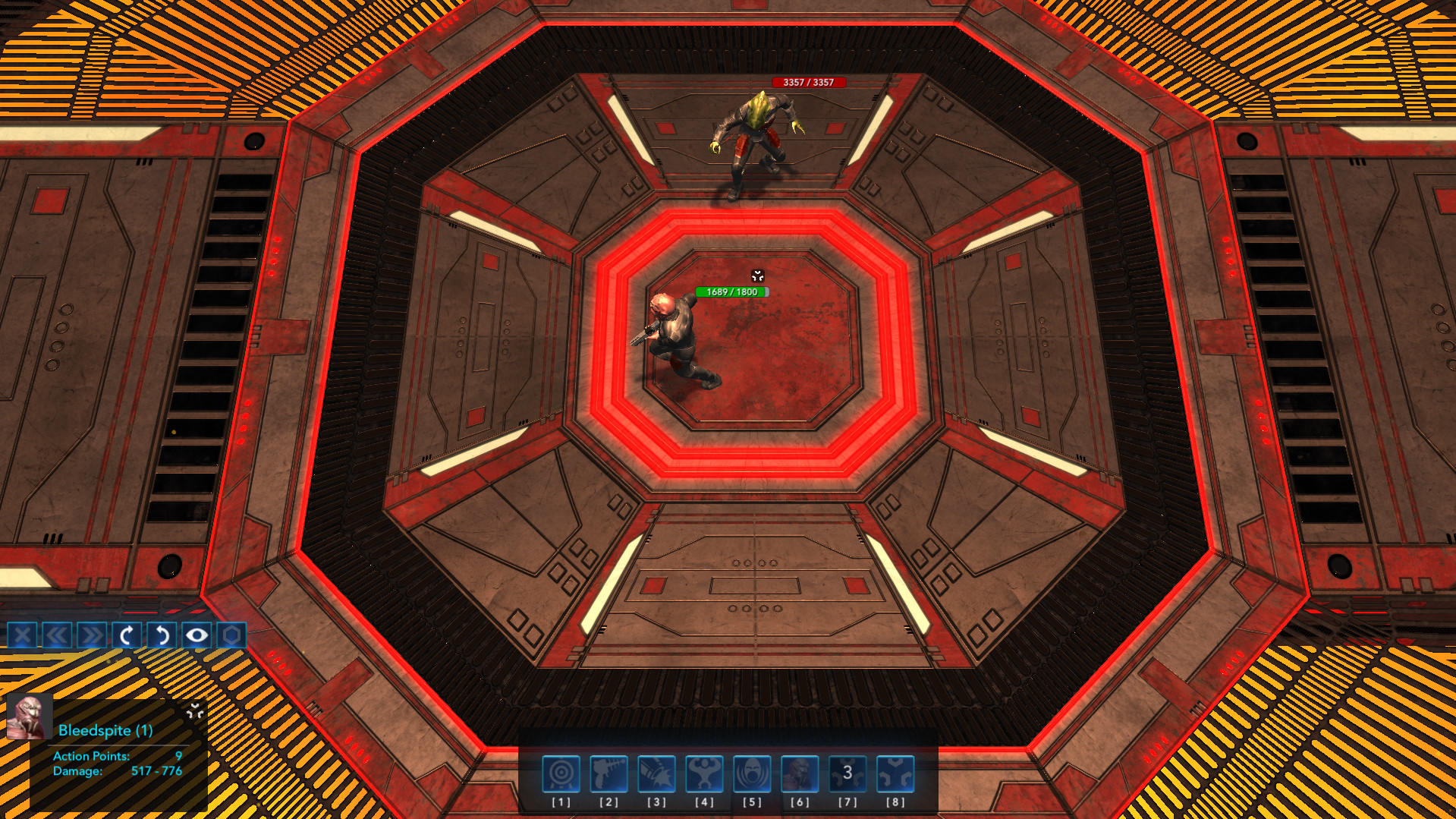 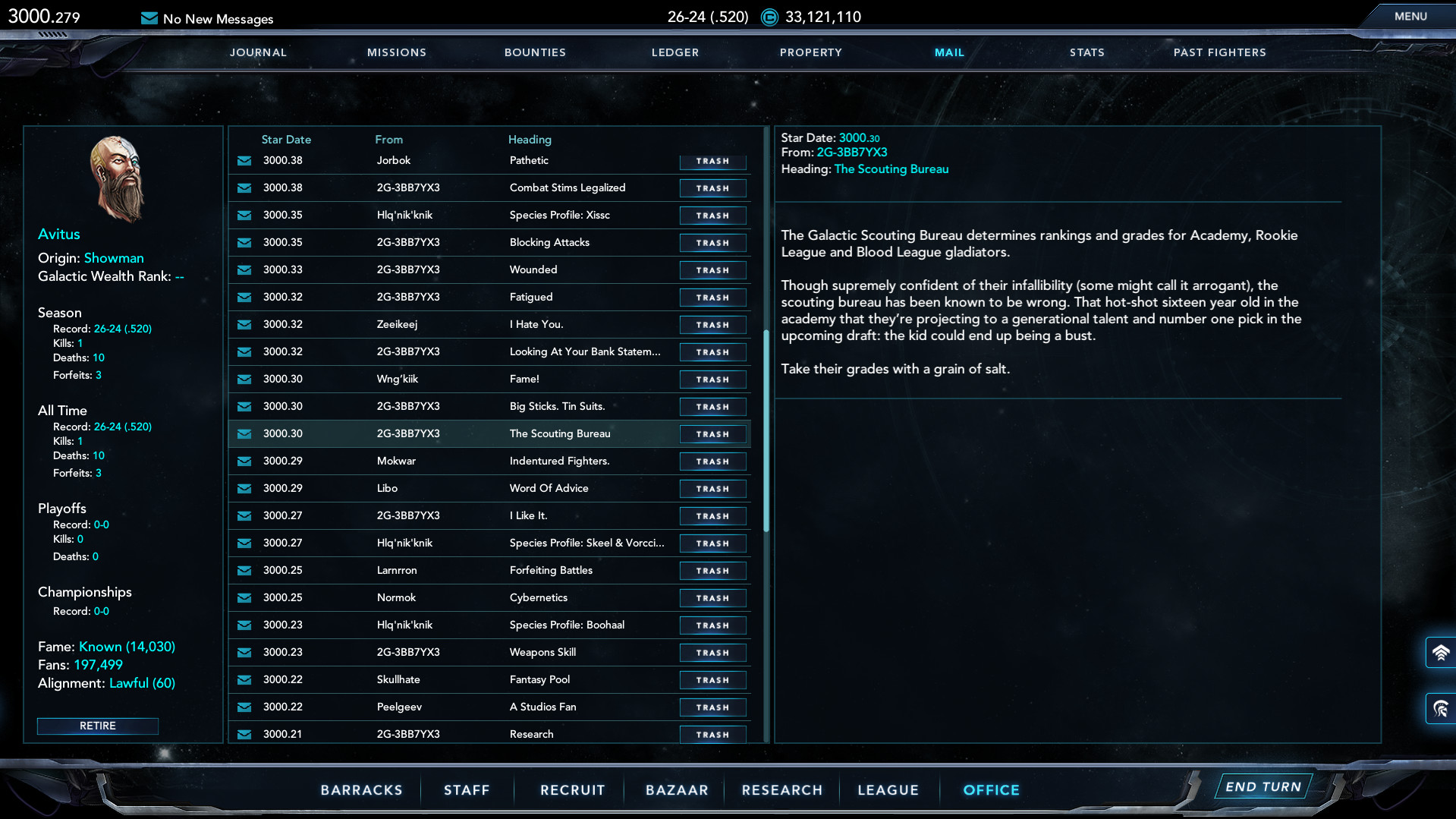 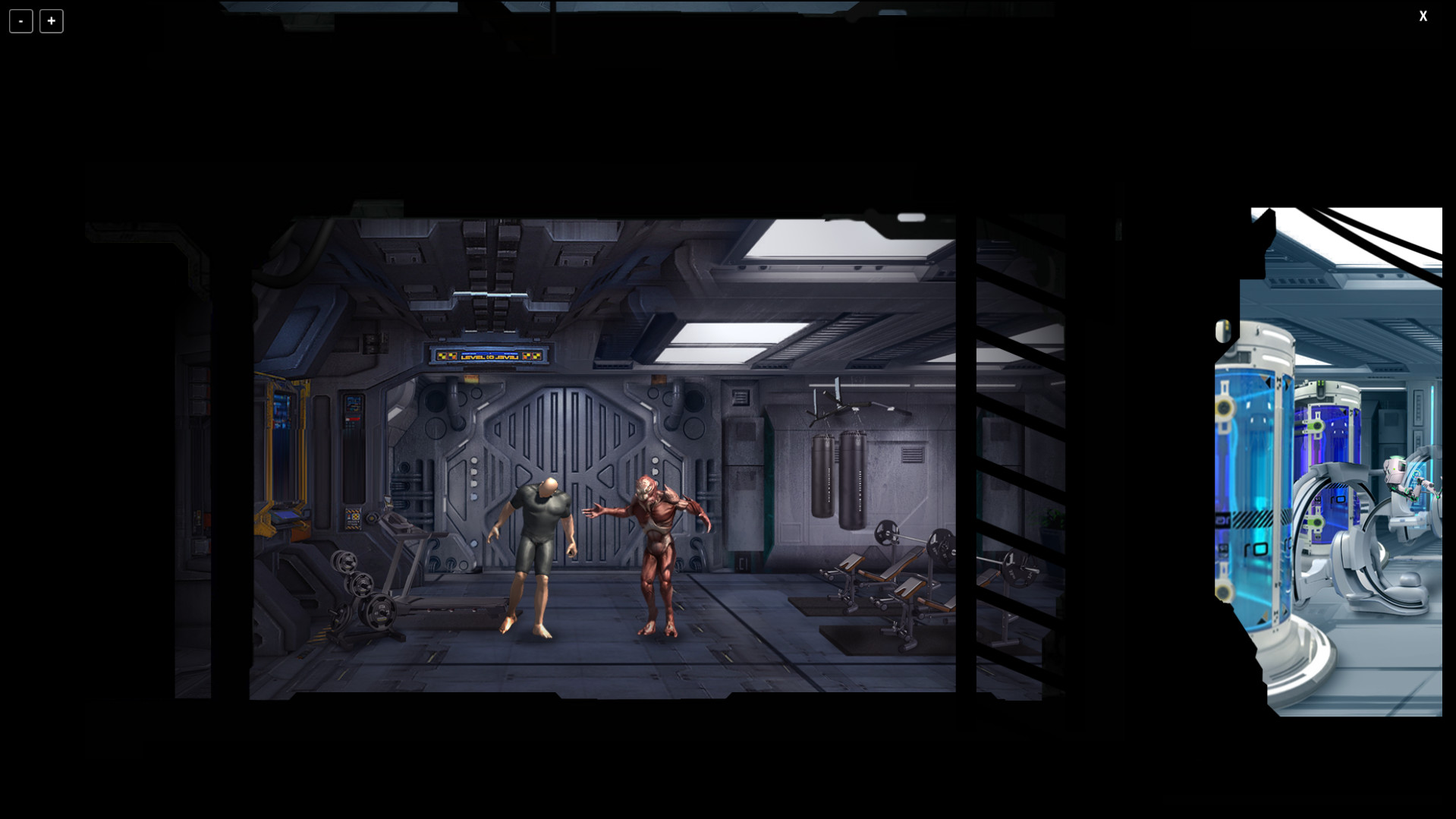 Check out our next upcoming title:
https://store.steampowered.com/app/972010/

Age of Gladiators II: Death League is a single-player strategy game set in 3000AD; a violent and unpredictable future where the gladiatorial games have surged in popularity throughout the known galaxy.

Hire scouts to scour the planets for potential prospects â once you have recruited your gladiators through the draft, scouting, missions, trades, or waiver wire acquisitions, you will need to manage their morale and personality while equipping them for battle on the harsh combat environments of various worlds. Recruit support staff, upgrade your headquarters, collect bounties, research technologies, build your headquarters, partake in side missions, and manage the wealth and reputation of your empire as it grows each day.

As your fighters win battles and increase in level, it will be up to you to decide how to focus their abilities by spending attribute, weapons, and expertise points. Compete, trade, and interact with other in-game owners as you fight through fifty-nine grueling, regular season battles in order to reach the playoffs, vying for the chance to etch your name for all eternity on the coveted Blood League championship trophy.
Build your story. Build your empire.