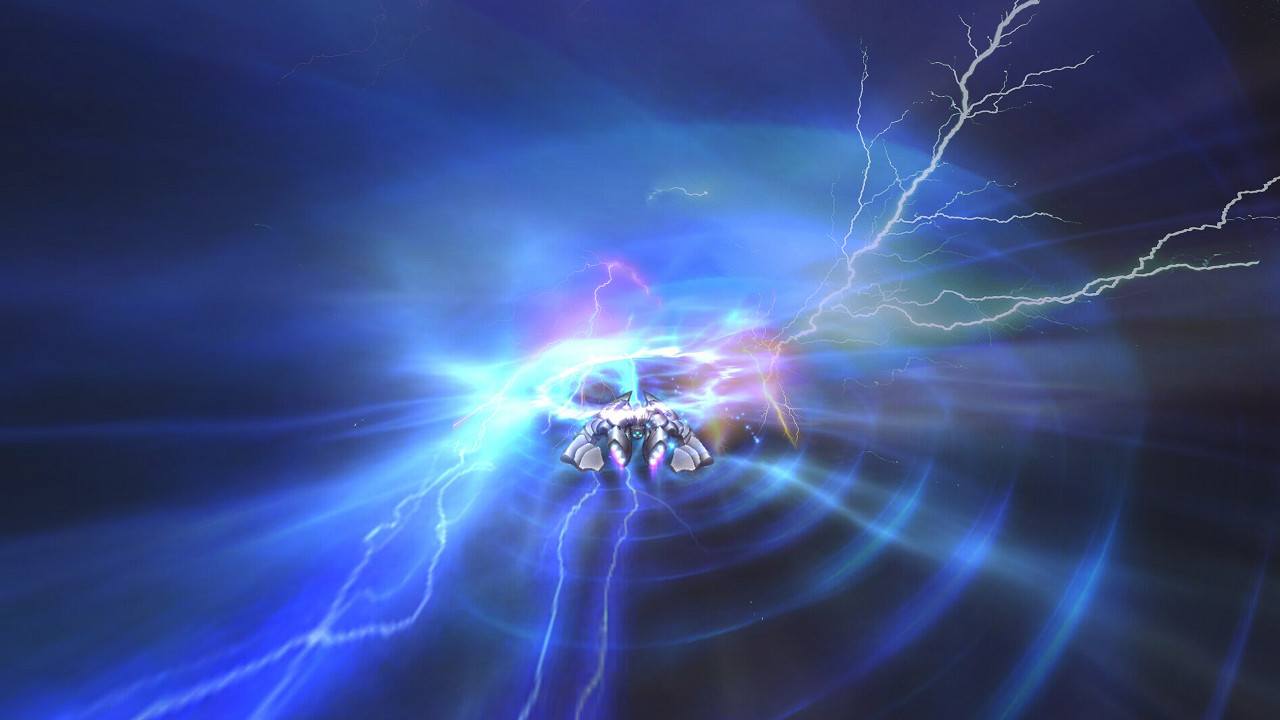 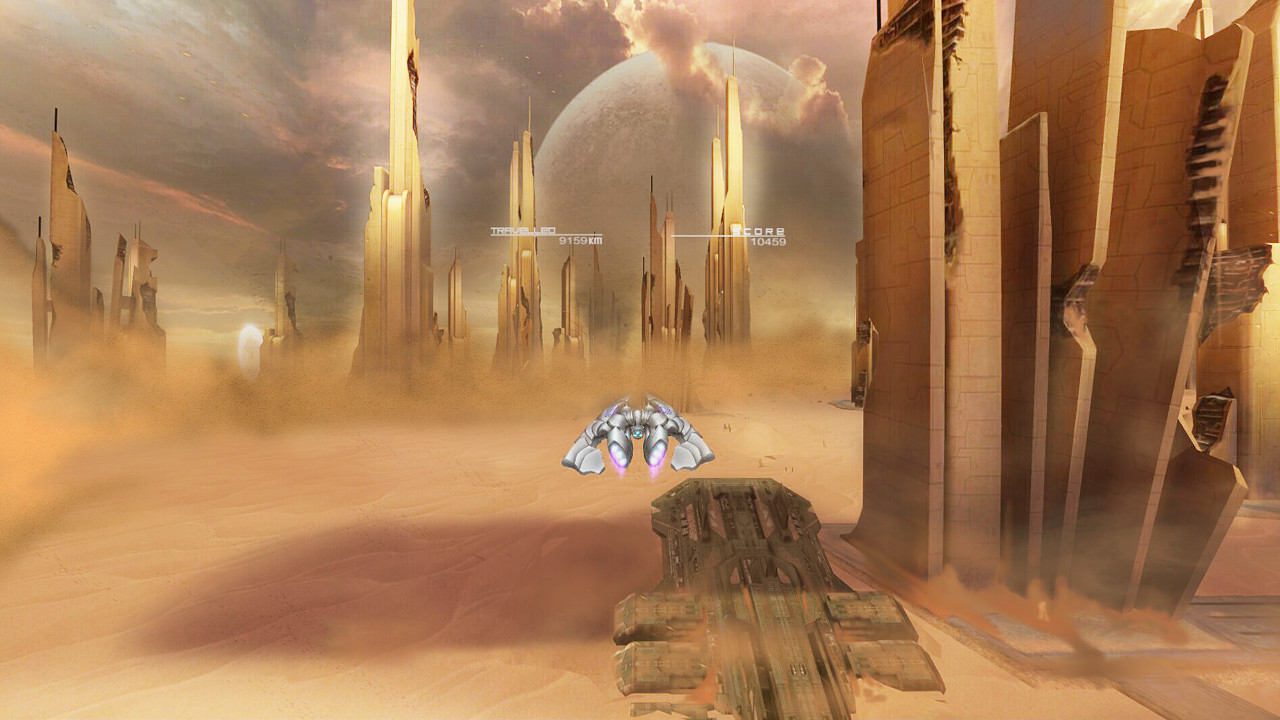 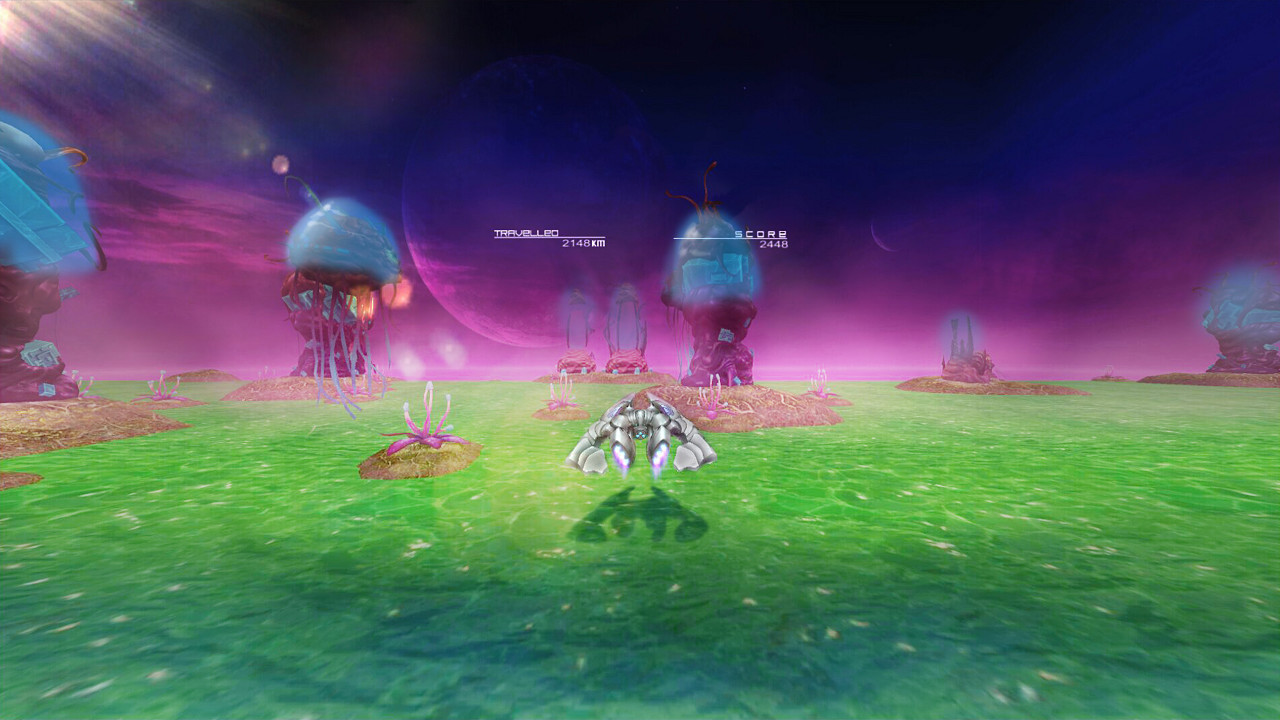 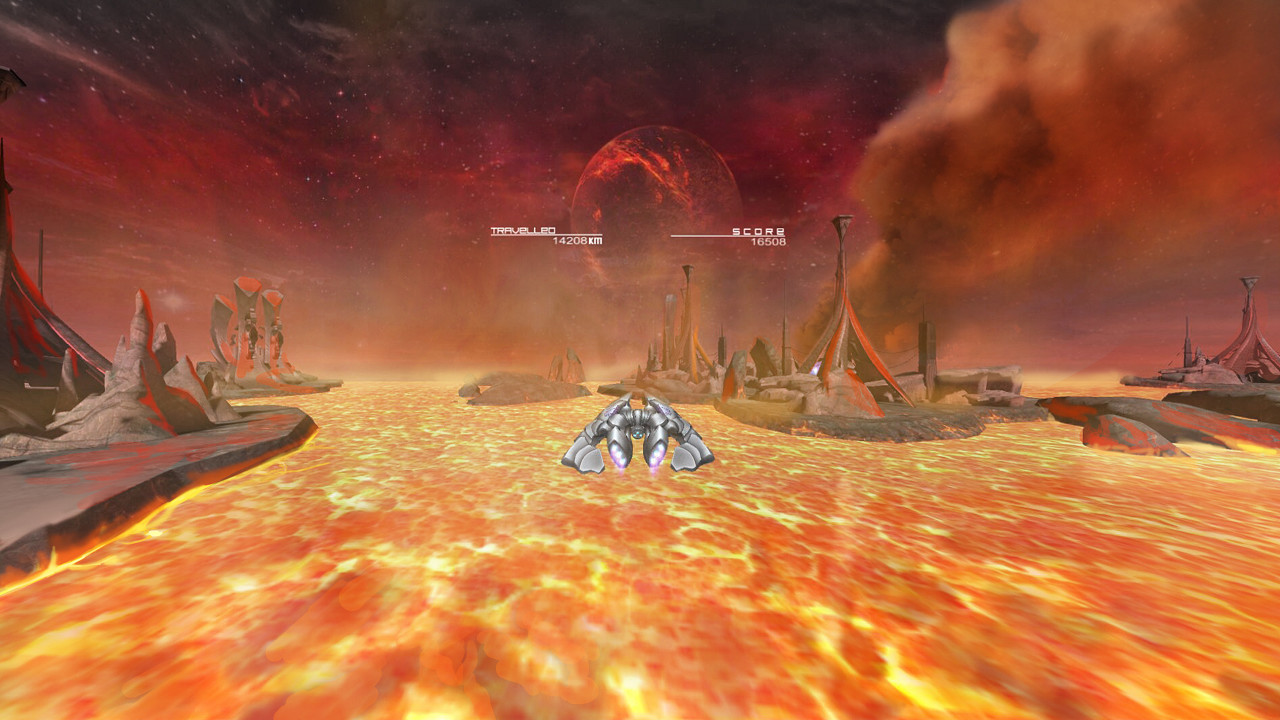 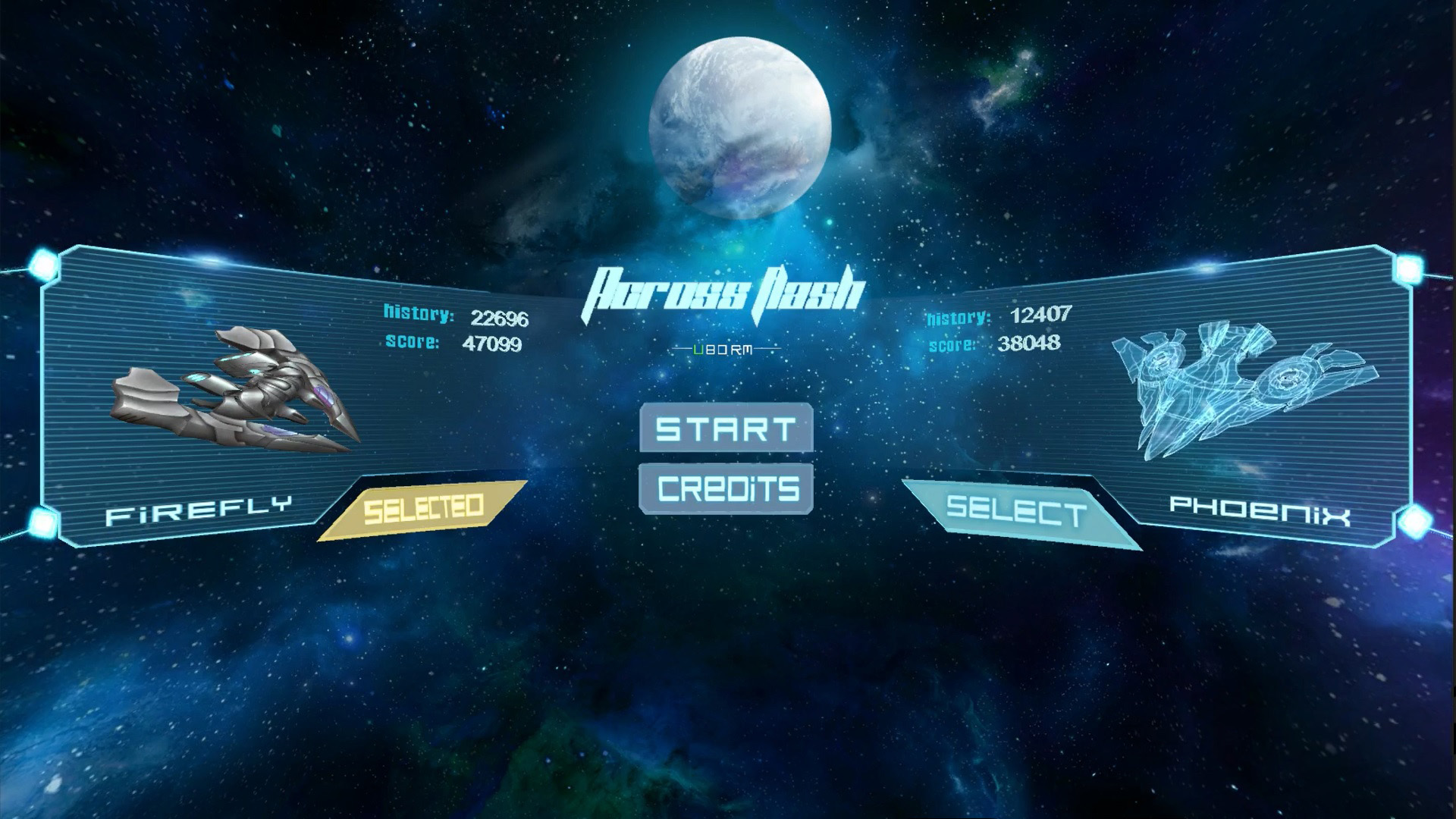 Game Introduction:
Across Flash is a shoot-em-up glider VR game developed by Uborm Technology Inc. It contains several essentials, such as flight, shooting, and etc. You will guide one of two unique fighter crafts and explore a once great civilization that has fallen to ruin. Fly and battle through desolate arctic extremes, blustering desert ruins, scalding lava relic, or alien ecology. What led to the destruction of it? Battle unique foes, survive hostile environments, all in an effort to figure out what happened to this lost civilization.

In the game, you can not only experience the speed of flight, but also implement playing methods with Buffs, just like shooting, transformation and etc. End stages with giant boss battles, you can collect power cube left by colossus to upgrade your ships. Survive as long as you can to achieve ever higher scores, and quickly rejoin the action after each death to attempt an even greater score than before.

View Game Featuresï¼
1ãThrough the HTC Vive equipment, you can control your craft by TURNING your head;
2ãGetting bullets in different Buffs. There are 3 kinds of bullets. You shoot them by a hand
shank;
3ãAfter obtaining different energy Buffs, you can acquire corresponding capacities, such as
acceleration, deceleration, invincible state, temporal regression, and space jumper;
4ãWhen you engage in the Boss Challenge, the Flight will turn to the MechWarrior;
5ãYou can promote your crafts with the fragments which is implemented by boss battles;
6ãSometimes, when you encounter a âsameâ scene, the barriers may distinguish with each other.