A Long Journey to an Uncertain End 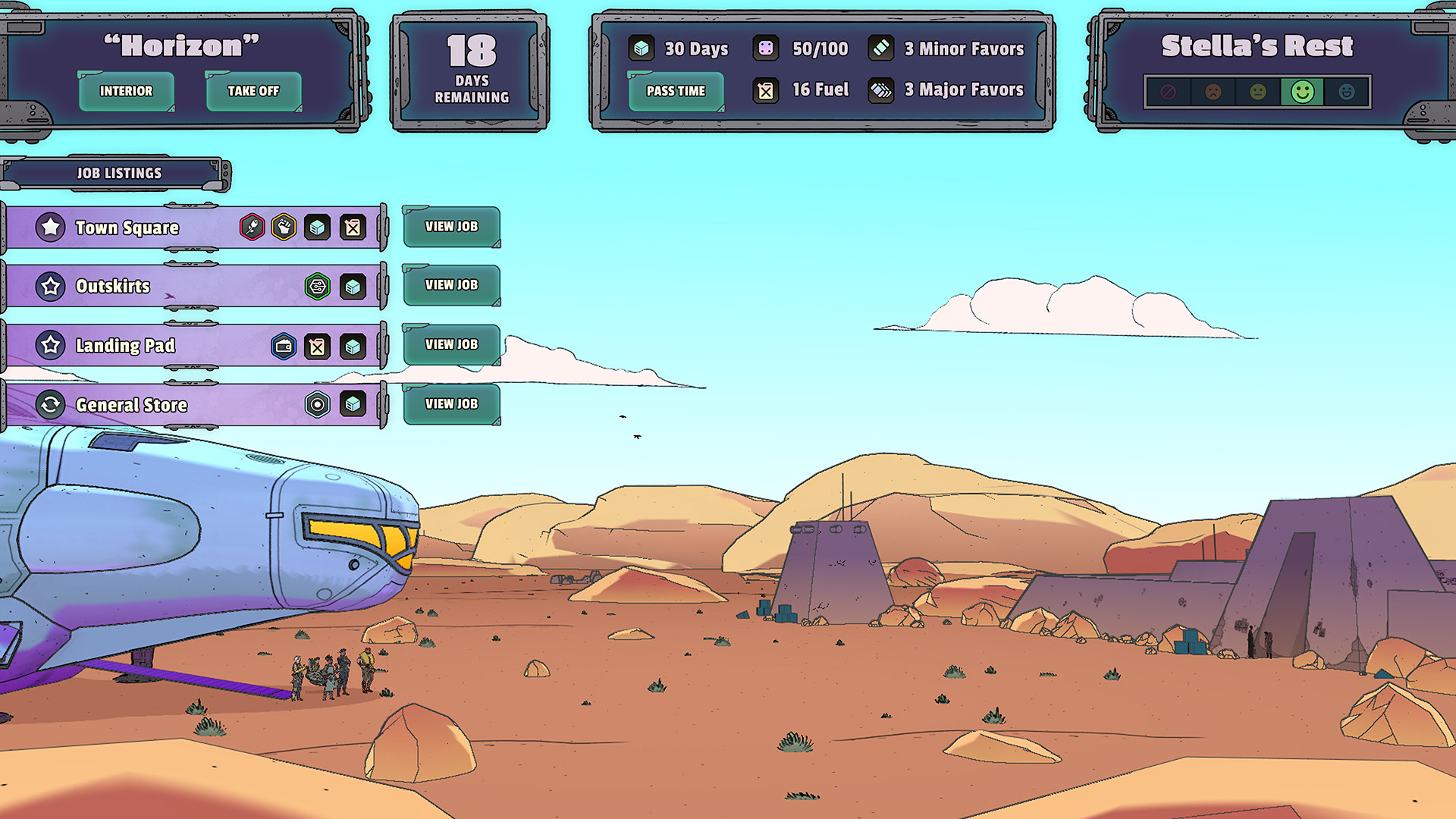 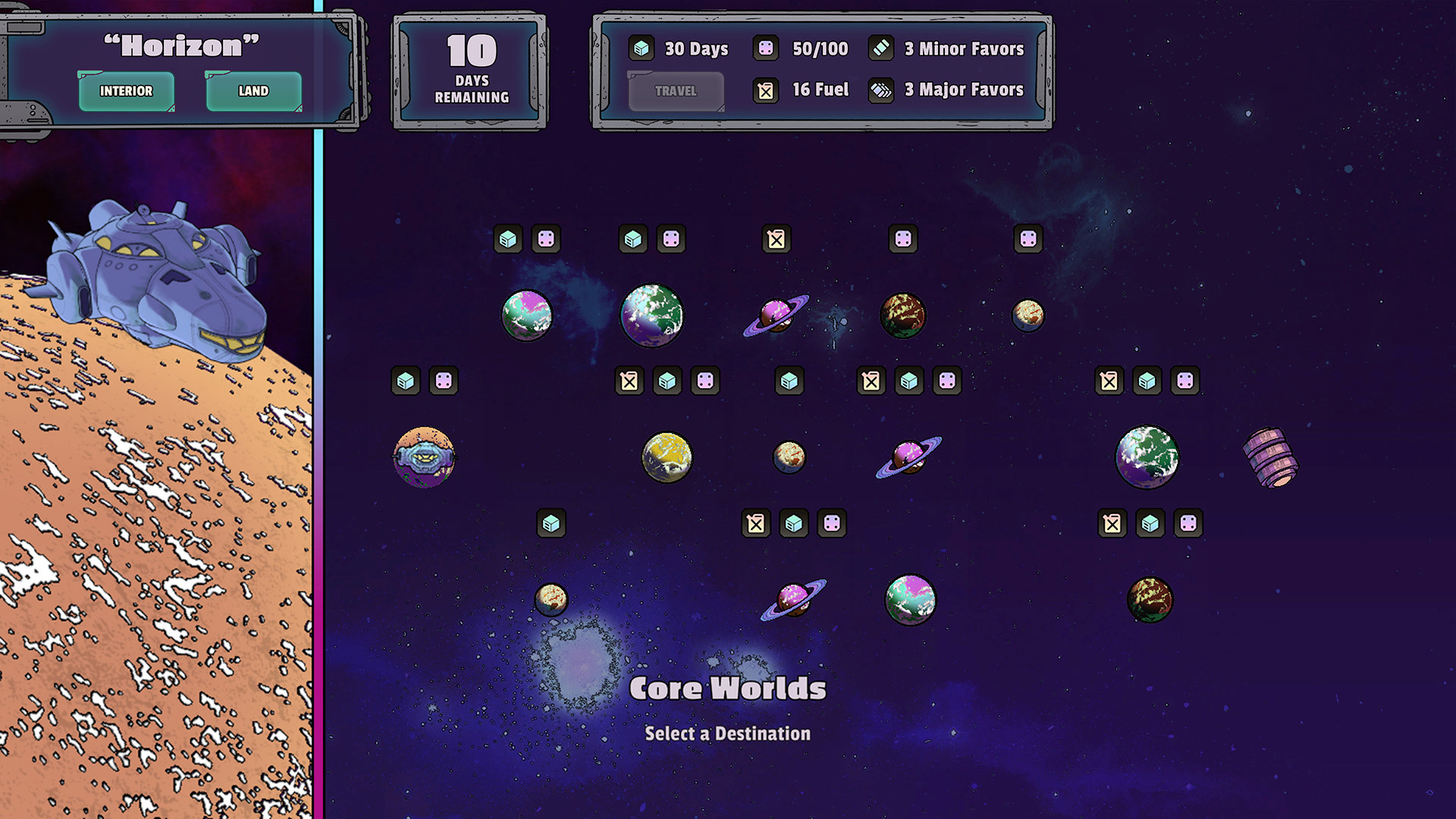 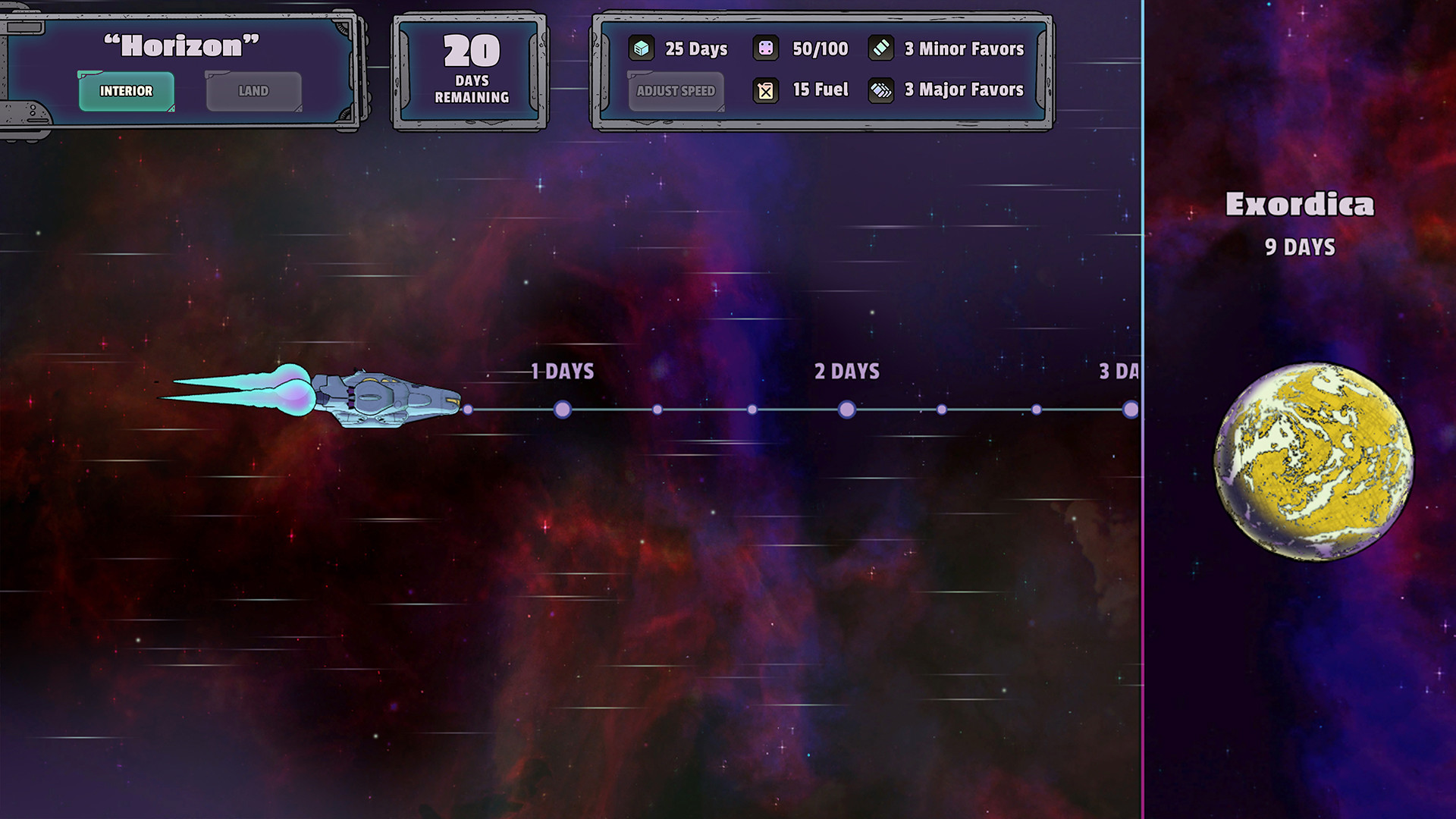 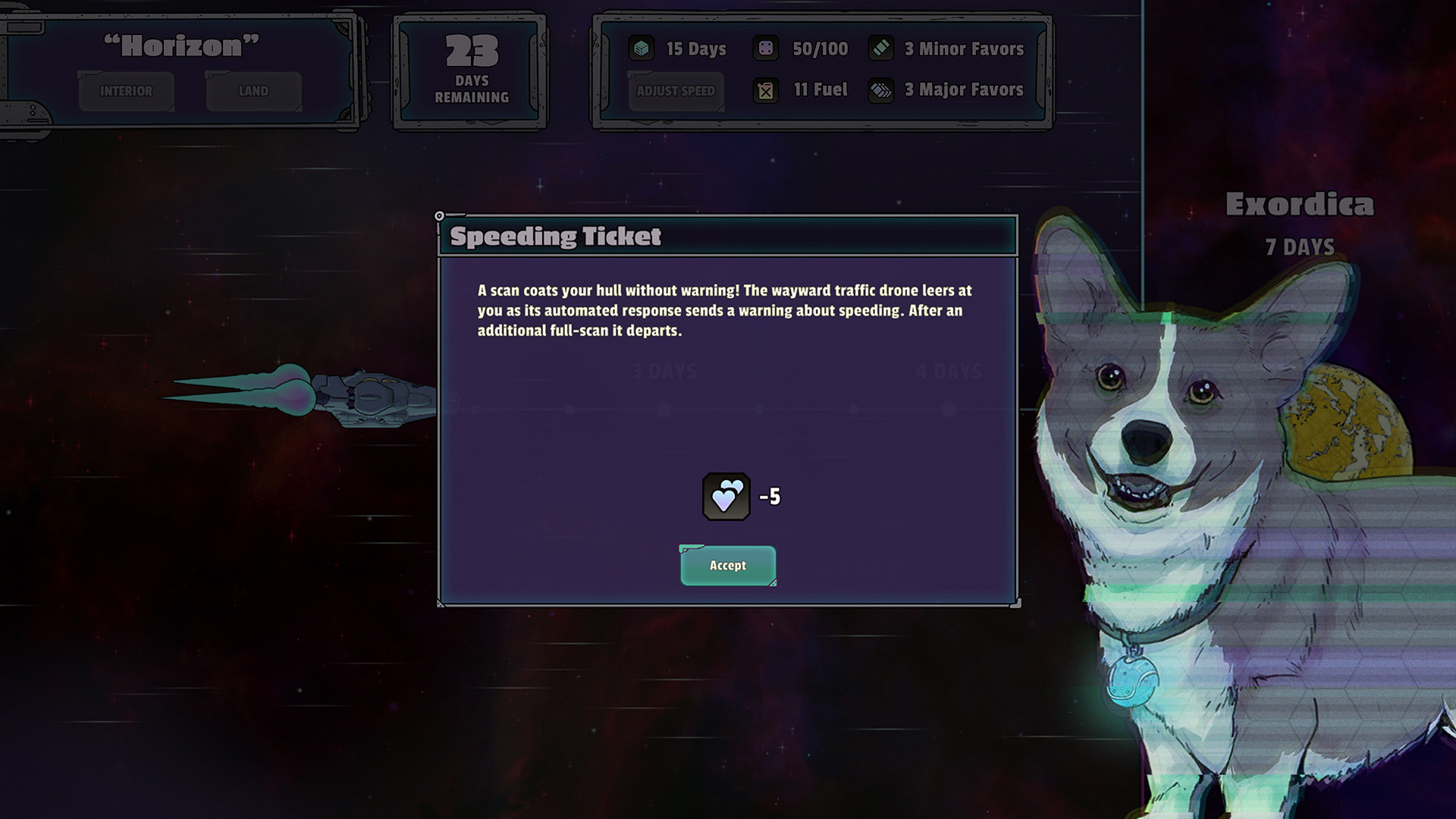 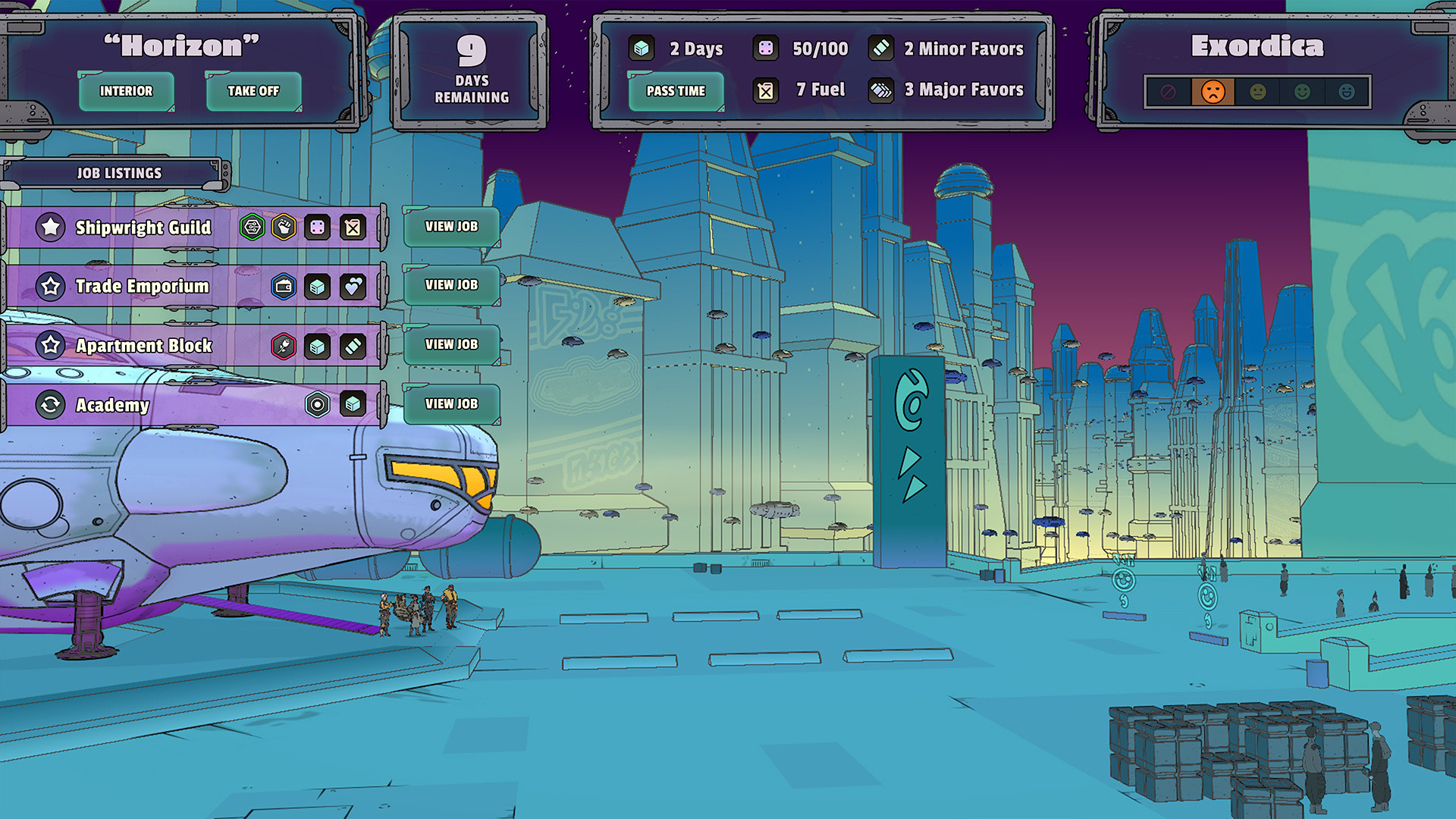 Not looking good, Captain. That holo-influencer you sent Matias to guard has been âupstagedâ. Putting a former drag queen before every camera in the verse? Not the best idea. And the anti-sentience rally we sent Aylah to... thatâ™s a riot now. Not saying itâ™s entirely her fault the audio drones were hacked but, you know. Probably didnâ™t help.

On top of that Truly and Denny are nowhere to be found. Any chance of keeping a low profile is out the airlock. Now thereâ™s an incoming message fromâ¦ your ex?

All in all, a quieter day than most.


A Long Journey to an Uncertain End is a narrative focused Space Opera thatâ™ll have you flying around the universe assembling an unruly crew from an eclectic cast of characters and taking any job you can to keep one step ahead of your abusive Ex. The twist: youâ™re not just piloting a shipâ¦ you are the ship.

Supplies donâ™t come for free in the verse, doubly so for outlawed sentient spaceships. Every planet, moon and space station is a valuable source of jobs and their precious rewards. Assign crew tasks based on their skills, and help their decisions along the way. If everything pays off youâ™ll have what you need to escape, and if not...well, you can call in those favors youâ™ve been saving.

A Long Journey to an Uncertain End presents a unique vision of the future, a universe of inclusivity and diversity tainted by uncertainty and fear. Build a family within your crew. Every crew member has their own story, every planet its own history, and even your own adventure remains unfinished.

Sentient ships have been outlawed for centuries. With the help of your holo-companion C.O.R.G.I. and your (mostly) loyal crew, you managed to evade capture. Now there’s an entire galaxy between you and freedom.