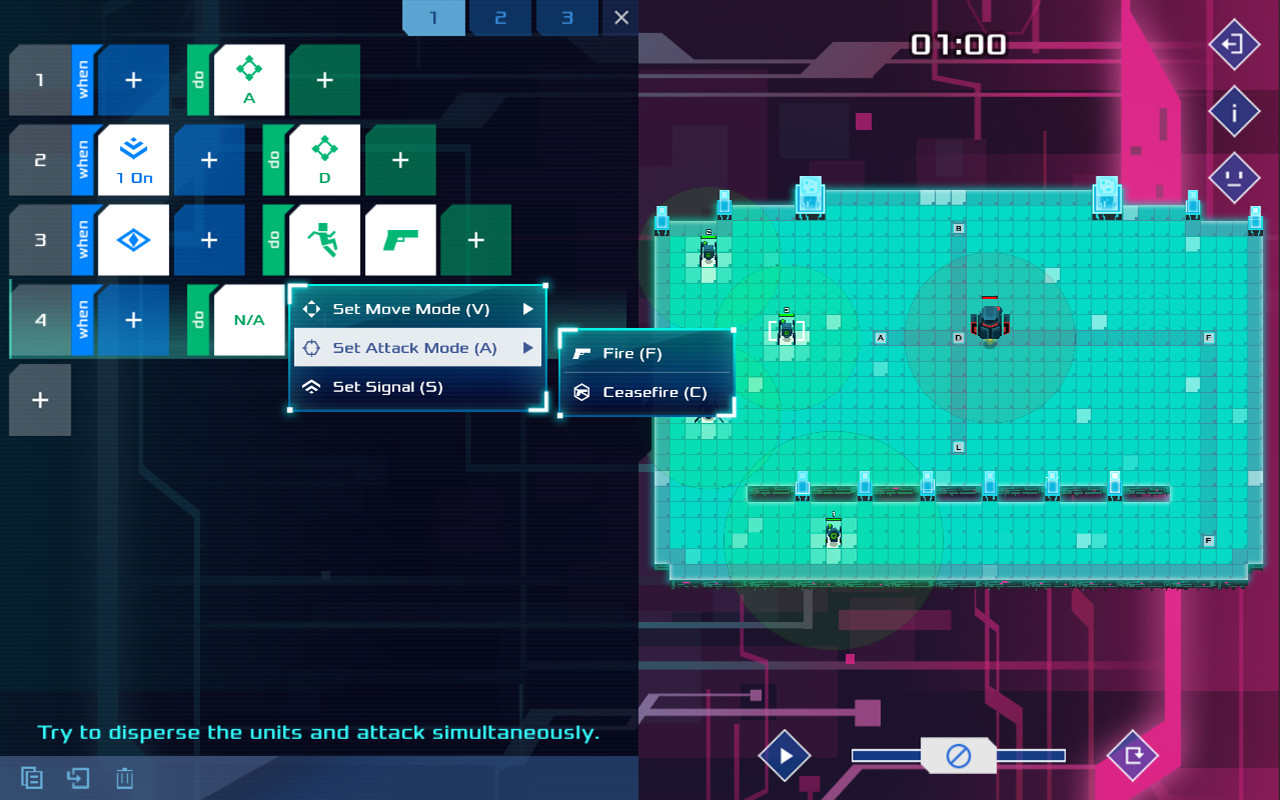 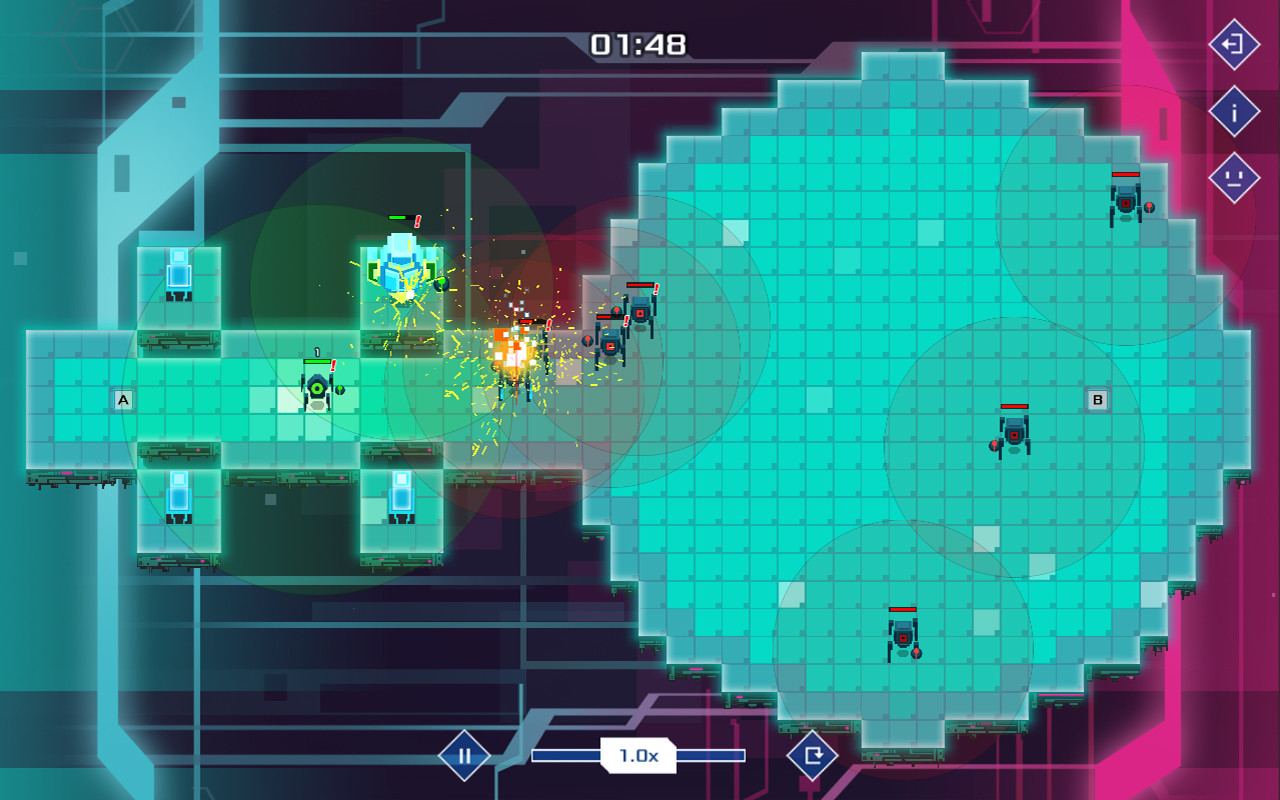 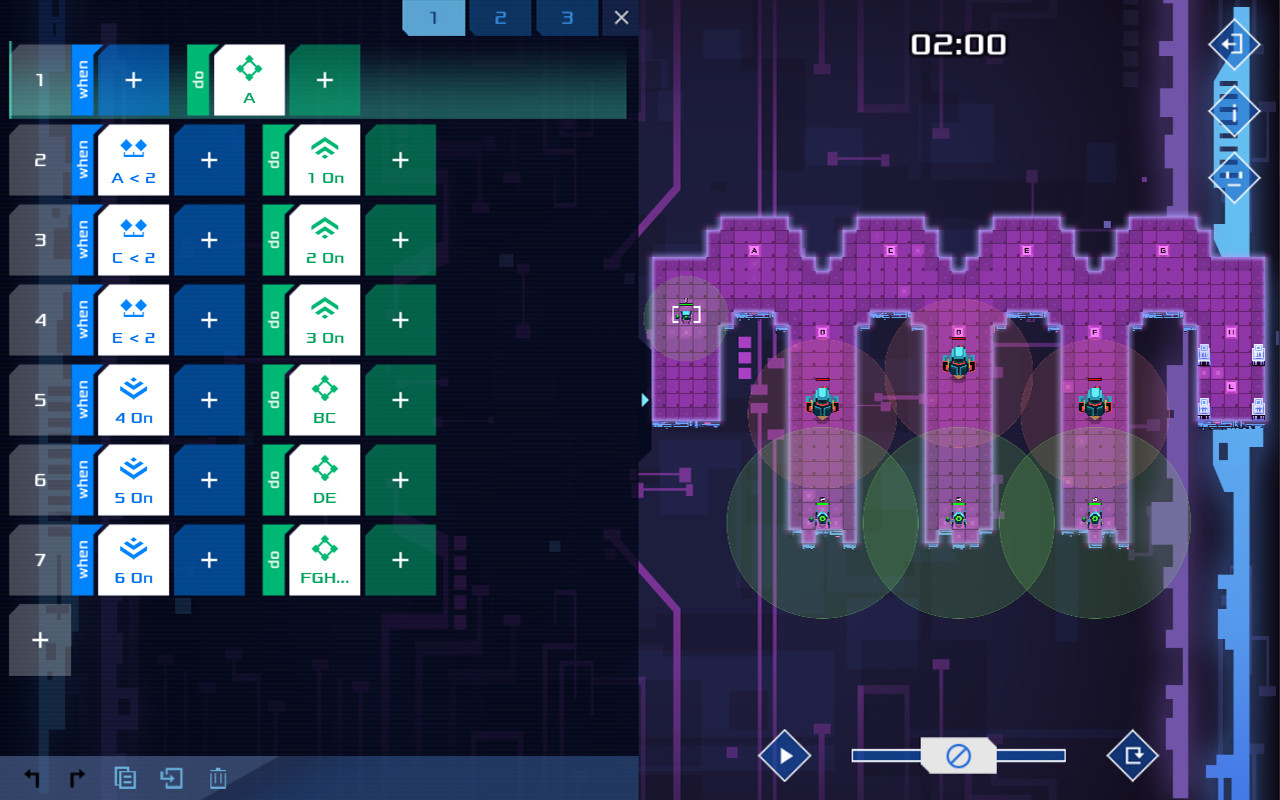 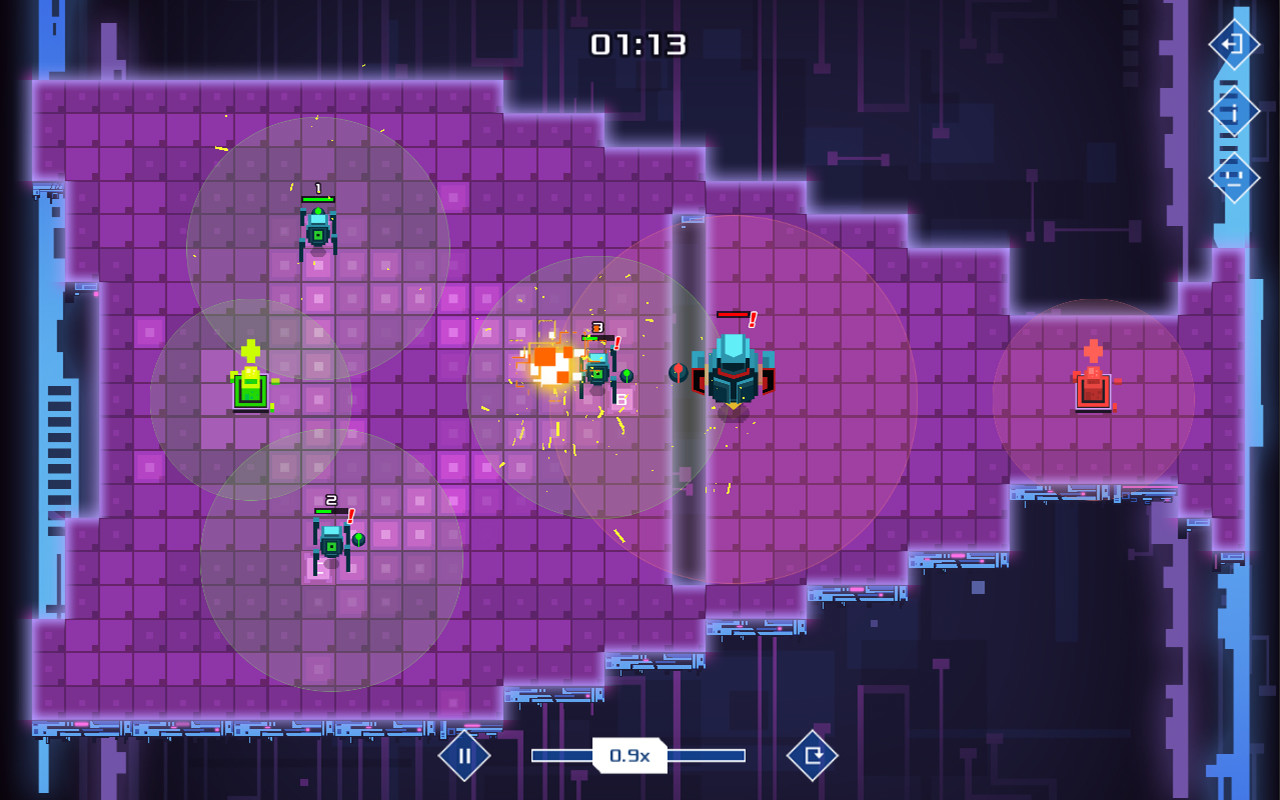 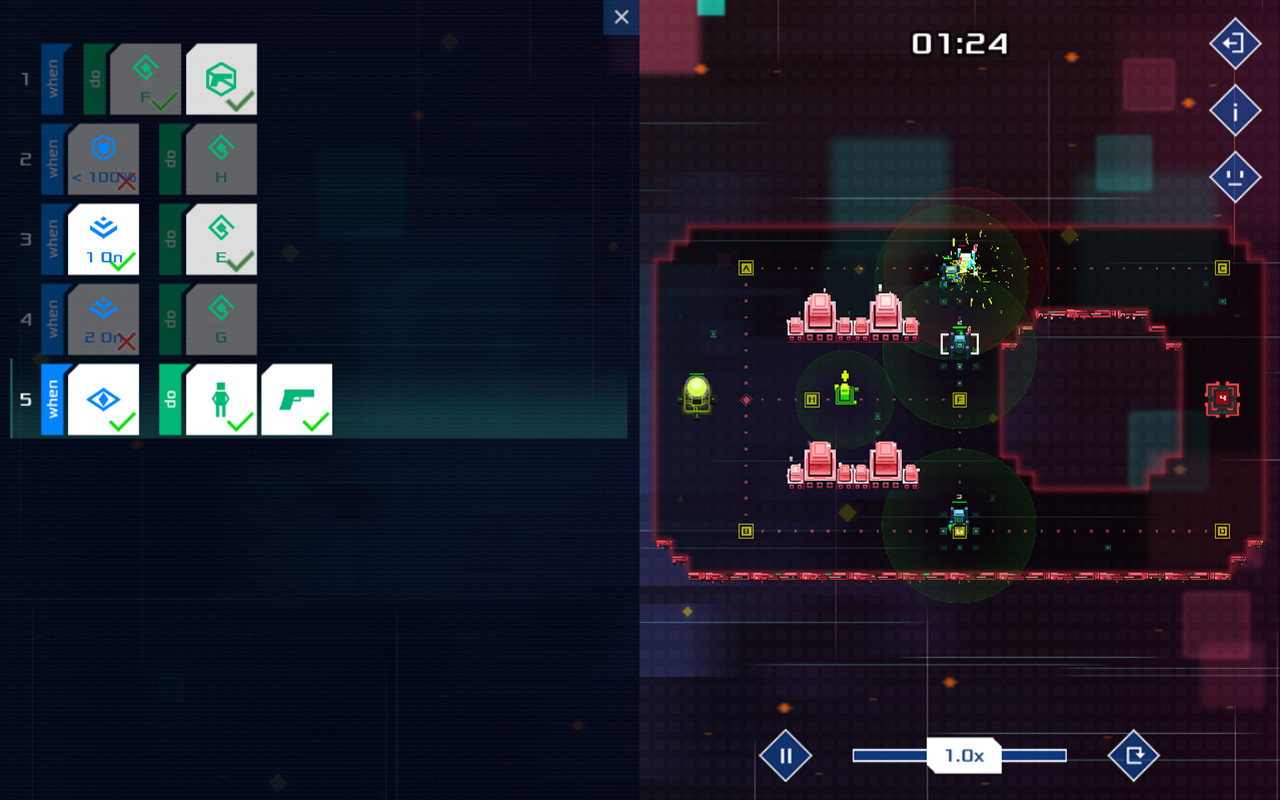 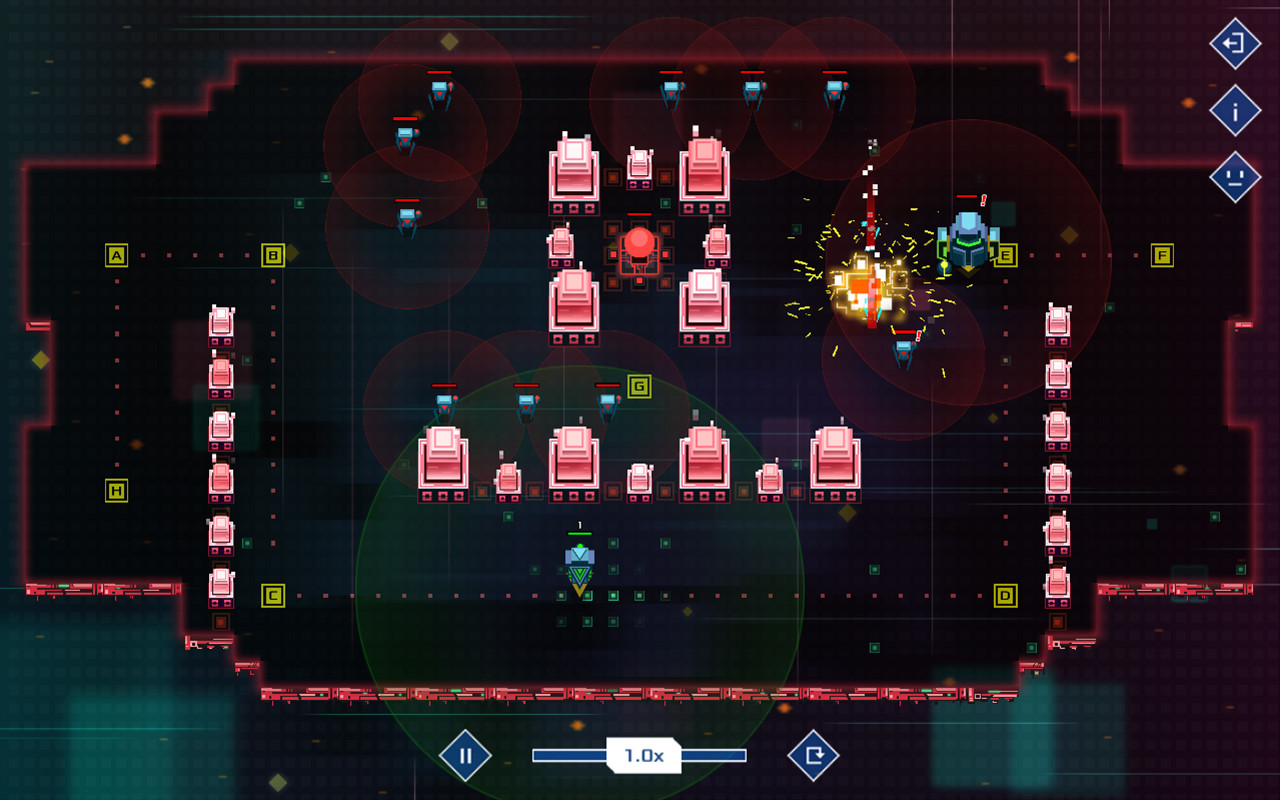 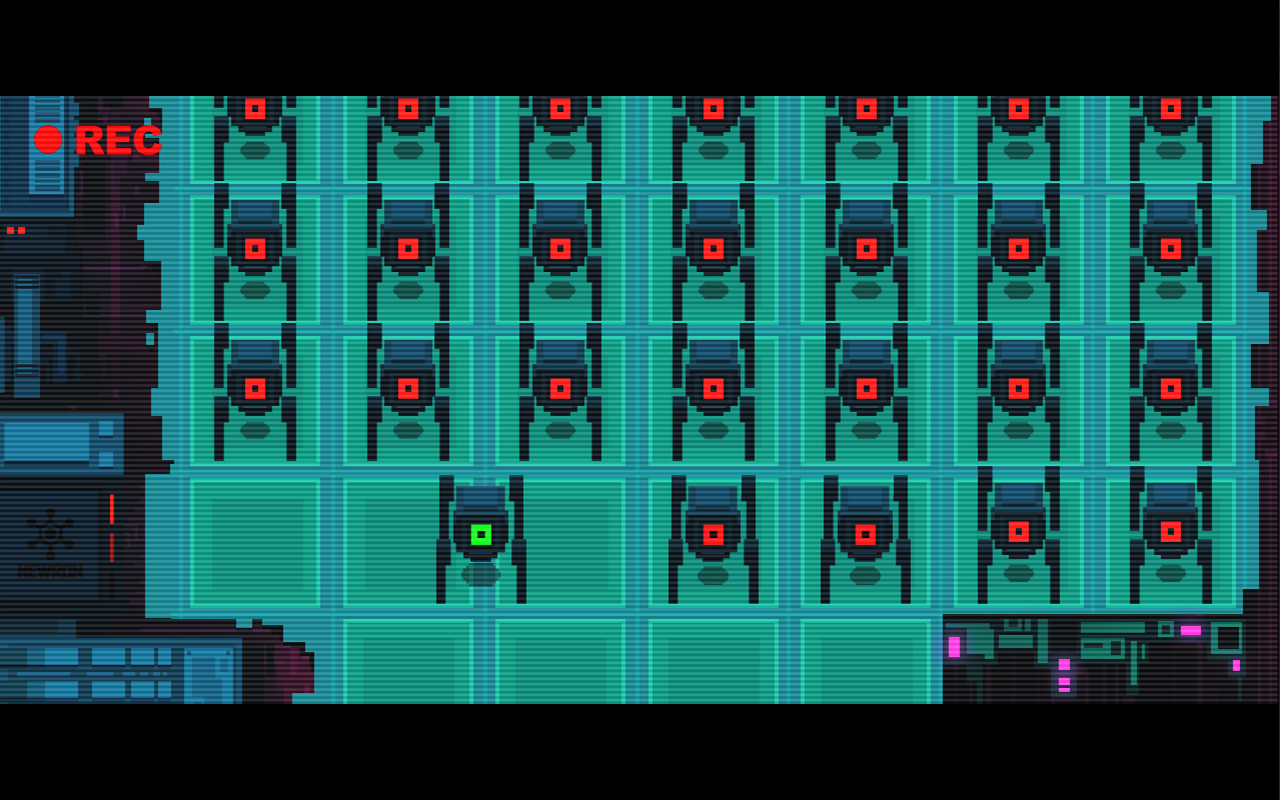 Exception is a game about AI programming. During the game, the player assists the units to defeat their enemies in the virtual world. However, the player needs to control the units by programming instead of controlling them directly.

In a virtual world where everything operates steadily under an omnipotent system, you will play the role of an operator named 159, who oversees and maintains the system.
Nevertheless, there is no perfect system. You find an exception in the program one day. What is stranger is that the program made a requestâ¦

You will discover the secret underneath this cyber world.

This programming language is very simple to use, and anyone can easily get started with a little patience.

When you have finished the program for your units, they will fight automatically according to your instructions.

We can no longer intervene in the units once the battle begins, you need to restart the level if you want to modify the program.
Of course, constantly debugging the program is inevitable, and victory is born from failures!
İlan Ekle! İlanlarım
İlan Ekle İlanlarım
Durum
Resim
Adı
Açıklama
Yorumlar
Teslim Saati
Stok
Miktar
Fiyat